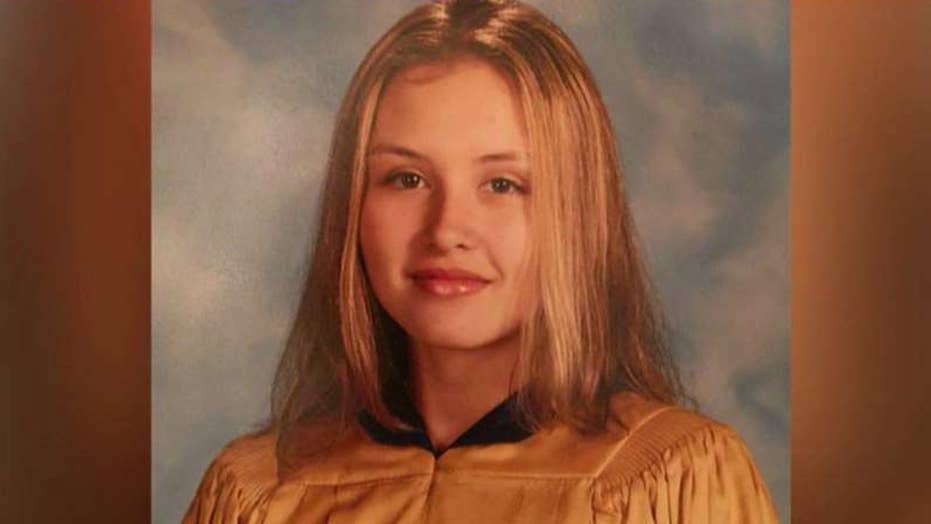 Jennifer Araoz comes forward against Jeffrey Epstein; her attorney Daniel Kaiser speaks out on ‘The Story.’

An employee who reportedly worked at Jeffrey Epstein’s secluded Caribbean island claims the wealthy financier – who is accused of sexually abusing dozens of underage girls – kept a mysterious safe inside the main residence.

The revelation comes as Little St. James Island in St. Thomas is going under the microscope in the wake of Epstein’s recent arrest. The 66-year-old was known to frequent the lush property in the U.S. Virgin Islands – and the employee, speaking to Bloomberg, suggested that a steel safe inside his office there may have stored more than just cash.

Outside of rare visits by housekeepers, no one – the employee claimed – was allowed to enter the room where that steel safe was said to be located.

Epstein started transforming Little St. James Island after he bought it more than two decades ago — clearing the native vegetation, ringing the property with towering palm trees and planting two massive U.S. flags on either end. 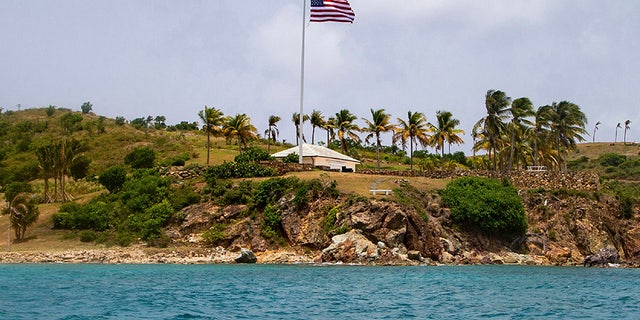 A view of Little St. James Island, in the U. S. Virgin Islands, a property owned by Jeffrey Epstein. (AP)

He also built a stone mansion with cream-colored walls and a bright turquoise roof surrounded by several other structures, including the maids’ quarters and a massive, square-shaped white building on one end of the island. Workers there, the Associated Press reports, told each other it was a music room fitted with a grand piano and acoustic walls, whose gold dome flew off during the deadly 2017 hurricane season.

The employee that spoke to Bloomberg said when Epstein would visit the property, he would walk around shirtless in shorts and flip-flops, and had a rule that he should never catch sight of the staff that maintained the place.

Sometimes, the employee added, women would sunbathe topless or in the nude around a pool near the island’s main residence.

Many people who worked for Epstein on the island told The Associated Press this week that they had signed long non-disclosure agreements, and refused to talk. One former employee who declined to be identified said Epstein once had five boats, including a large ferry in which he transported up to 200 workers from St. Thomas to his island every day for construction work. 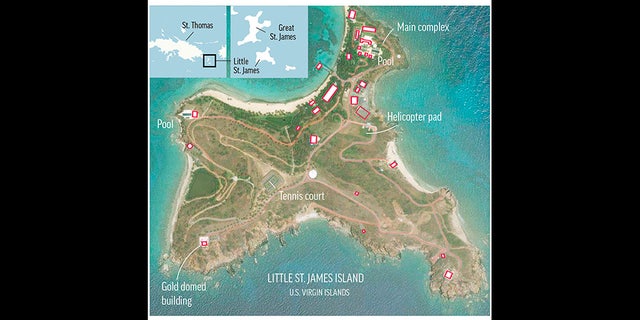 An aerial view of Little St. James Island and its buildings.
(AP)

The man said he saw a handful of young women when he was on Epstein’s property but he believed they were older than 18.

“When he was there, it was keep to yourself and do your thing,” the man recalled, adding that Epstein paid well and would give away older machinery and surplus including lumber to his employees.

Government documents and ledgers show Little St. James Island was once known as Mingo Cay. In April 1998, a company called L.S.J. LLC bought it for $7.95 million. Additional documents showed that Epstein is the sole member of L.S.J., with his signature reminiscent of an infinity loop.

Epstein later bought neighboring Great St. James Island, which once was popular with locals and tourists for its main attraction, Christmas Cove, a place where you could hang out and order pizza and have it delivered via boat.

“He wasn’t well received,” recalled Spencer Consolvo, a St. Thomas native who runs a tourist shop near a large marina. “People think he’s too rich to be policed properly.” 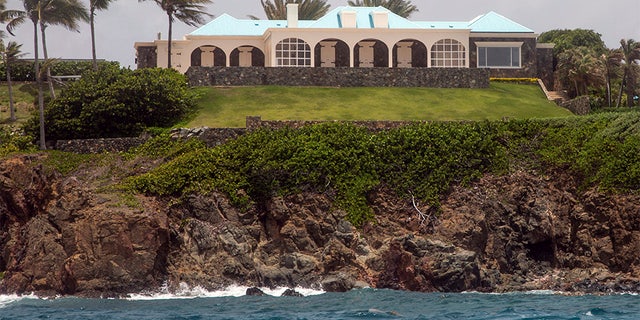 Locals recalled seeing Jeffery Epstein’s black helicopter flying back and forth from the international airport in St. Thomas to his helipad on Little St. James Island, where he built a cream-colored mansion with a bright turquoise roof surrounded by several other structures including the maids’ quarters and a massive, square-shaped white building on one end of the island that some say is a music room fitted with acoustic walls.

According to public records obtained by the AP, the island was once worth $3 million and owned by a woman who died in a chalet in Switzerland. The island had been divided into parcels and given to three people and was later sold to Epstein.