A JEALOUS husband has been arrested after allegedly dousing his wife and children with acid leaving his one-year-old daughter fighting for her life.

The 31-year-old man is accused of attacking his family after flying into a rage when his wife returned home later than usual. 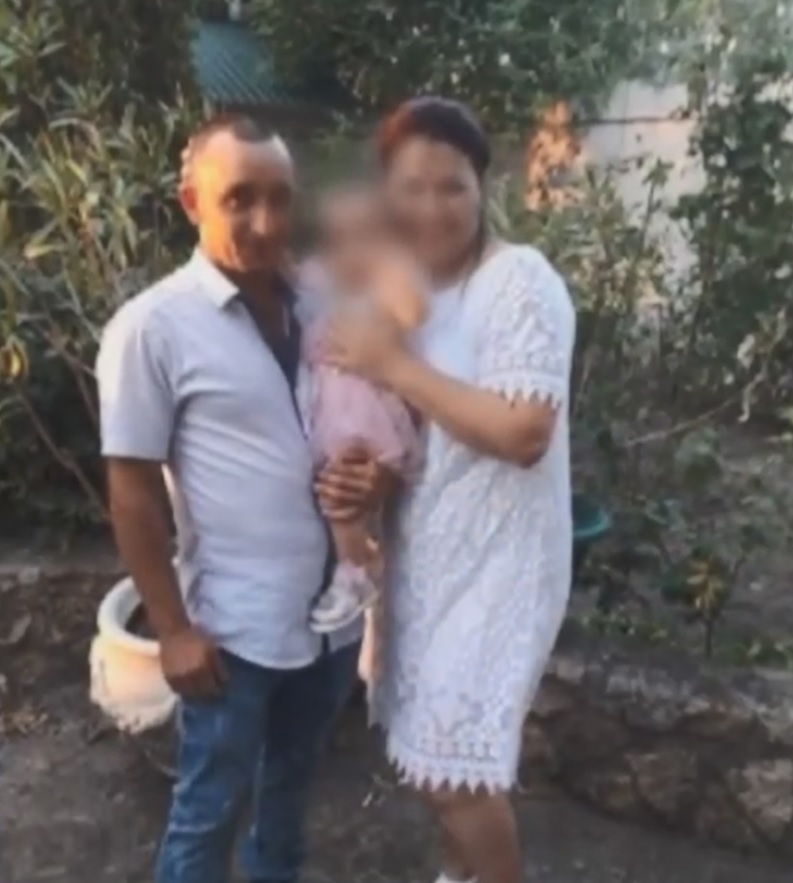 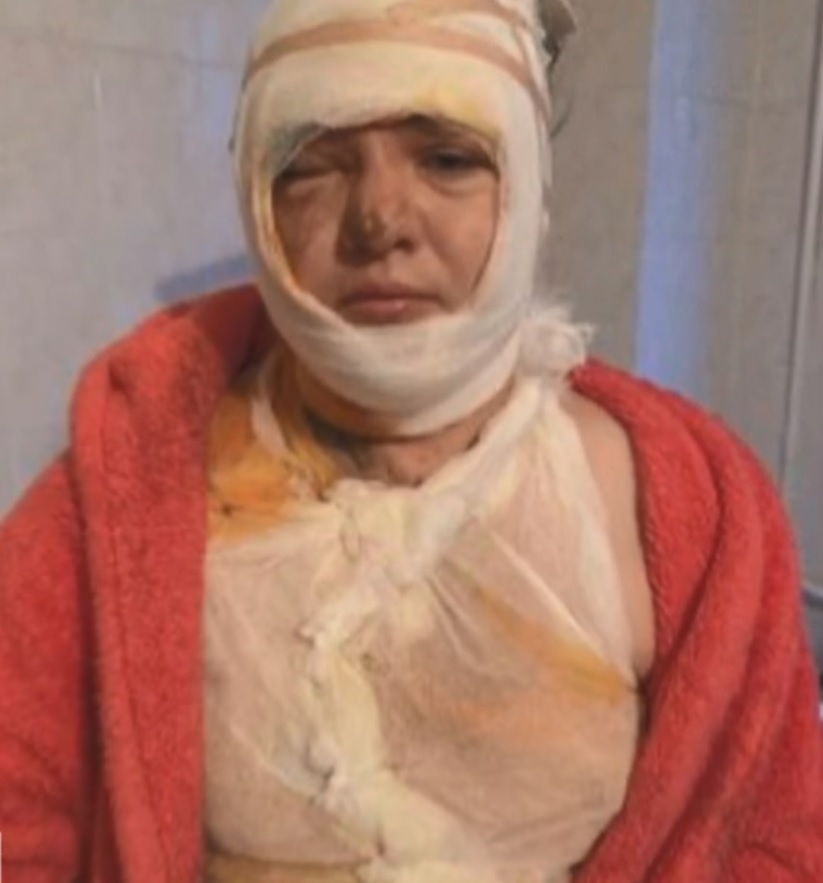 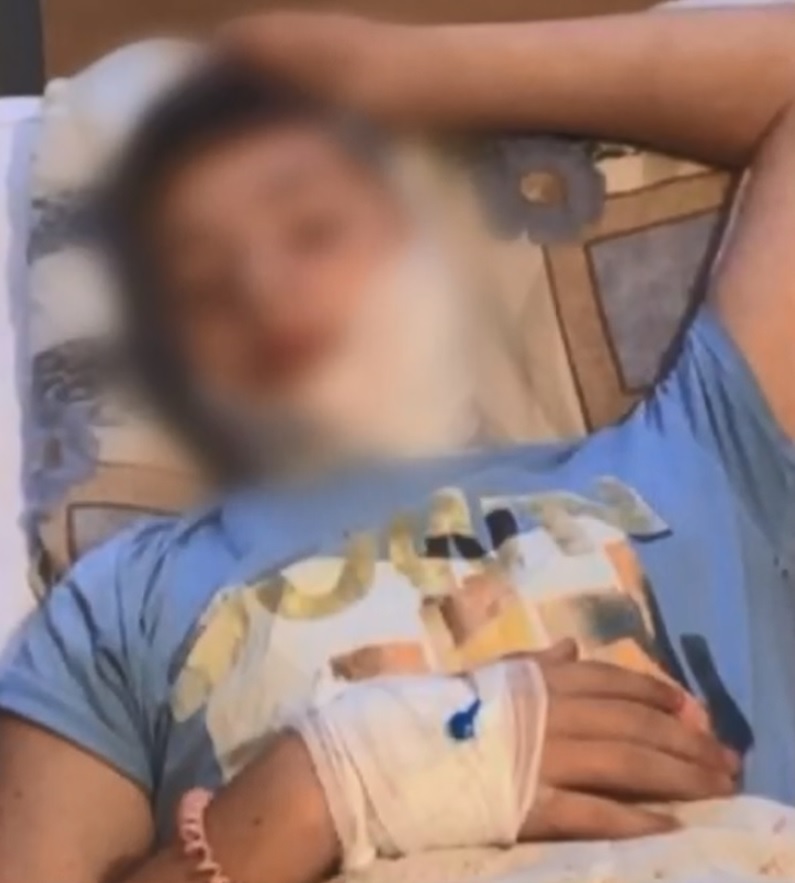 It is alleged the man – identified only by his first name Vasyl – accused his wife Valentina Pechka, 33, of having an affair after she was late bringing her children home from their grandmother’s house.

The enraged husband grabbed a bottle of acid and flung it over his wife and children, aged 15 and one, in the attack in the city of Mykolaiv, in southern Ukraine.

The couple’s baby daughter Lena is now fighting for her life in a medically-induced coma after receiving severe burns to her head, face and limbs, while his wife’s face is disfigured on the left side.

Mrs Pechka’s relative Elena Velbovets told local media the mum had taken her two children to visit their grandmother on Saturday before the attack.

“The family gathering went on longer than usual and they returned home late,” she explained.

After Mrs Pechka entered her apartment, jealous Vasyl, who allegedly was drunk at the time, accused her of having an affair, it is reported.

Mrs Velbovets added: “He started quarrelling then went to the balcony and grabbed a bottle of acid.

“He walked up to Valentina from behind and called her name.

“When she turned around, he doused her face with the liquid.

“Valentina was holding their one-year-old daughter in her arms at the moment.

“The acid got on the child as well.”

Mrs Pechka’s 15-year-old son Igor bravely stepped in to try to protect his mum from the abuse.

The teenager, from the woman’s previous marriage, pushed Vasyl away before the man threw acid at him in response, reported local media.

Despite being badly injured with serious burns to his chin, neck and chest, the boy managed to call emergency services.

The victims were rushed to hospital with first, second and third degree chemical burns.

Baby Lena was admitted to the intensive care unit in a state of burn shock and put into a medically induced coma. 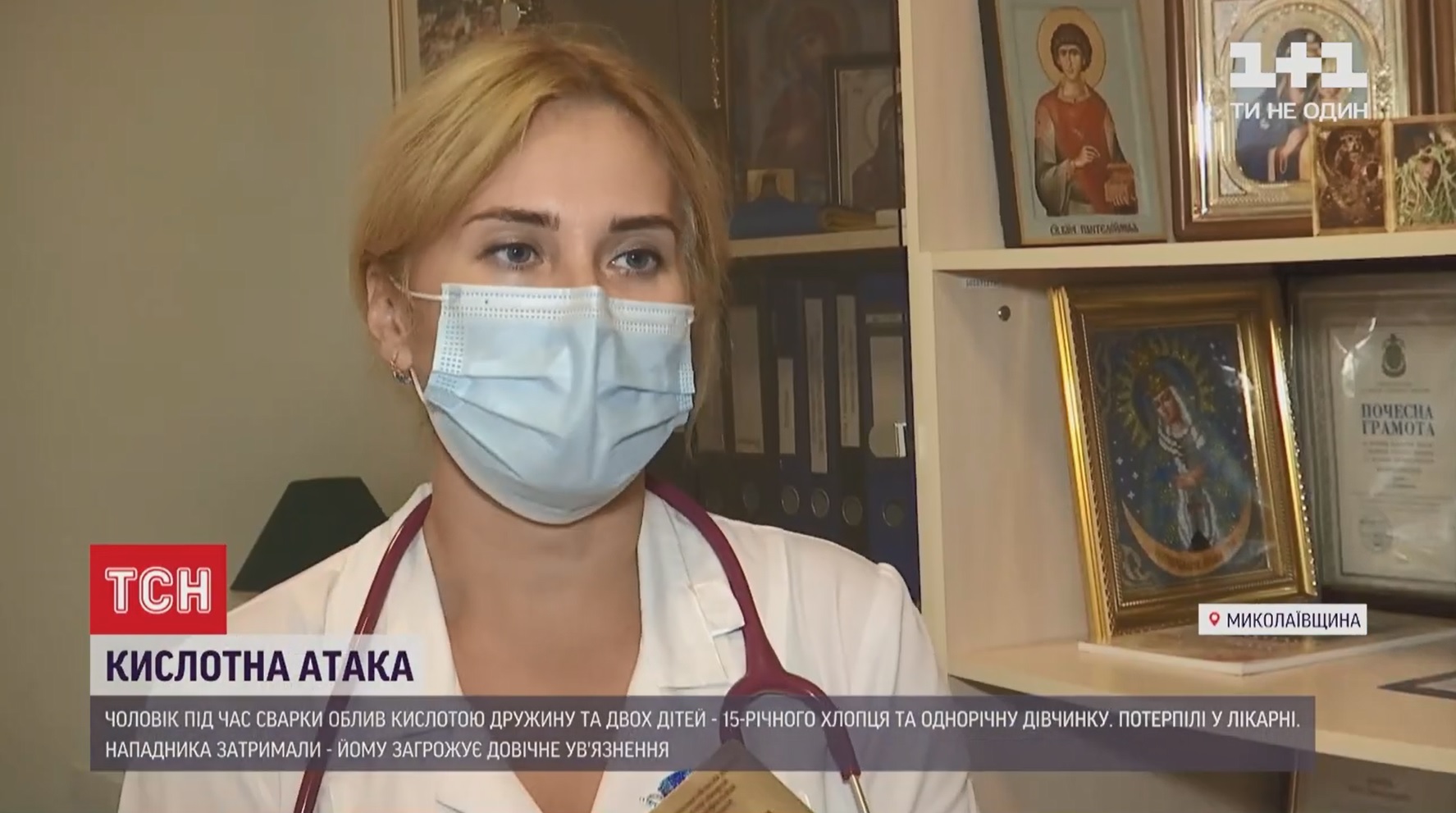 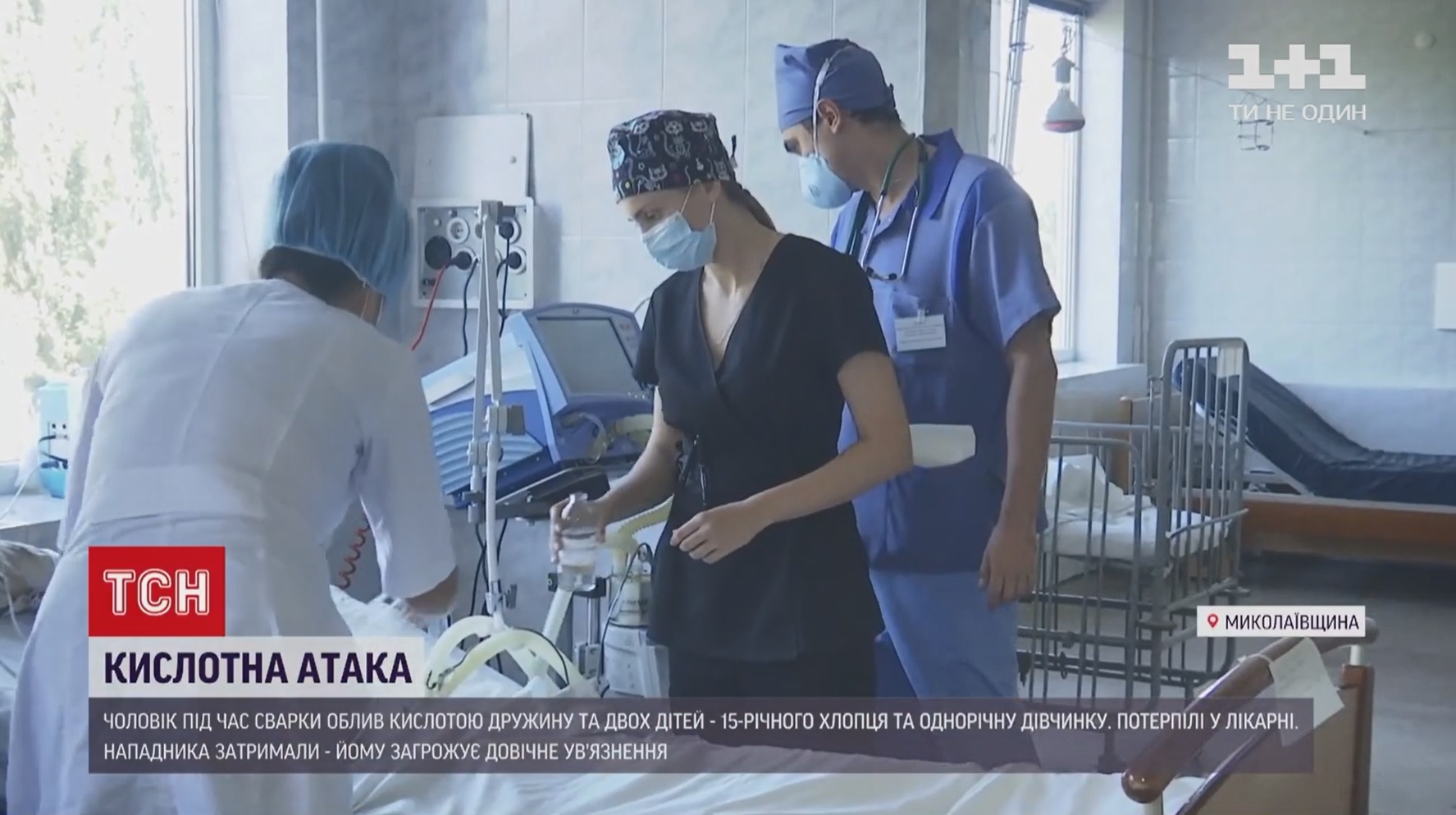 The children’s mother was diagnosed with severe burns to her face, arms and upper body.

Vasyl, the attacker, tried to flee the scene but was seized by neighbours and handed over to the police.

Police spokesman Andrey Korotchenko said: “During interrogation, the suspect said he attacked his wife after suspecting her of cheating on him.

“He said that he doused the children with the liquid by accident.”

Police have launched a criminal case for attempted murder against the man, who was placed into custody.

Forensic examinations to determine which acid was in the bottle are underway.

The suspect faces up to 15 years in prison if convicted.

Doctors are preparing to carry out skin graft surgery on the victims, according to local media. 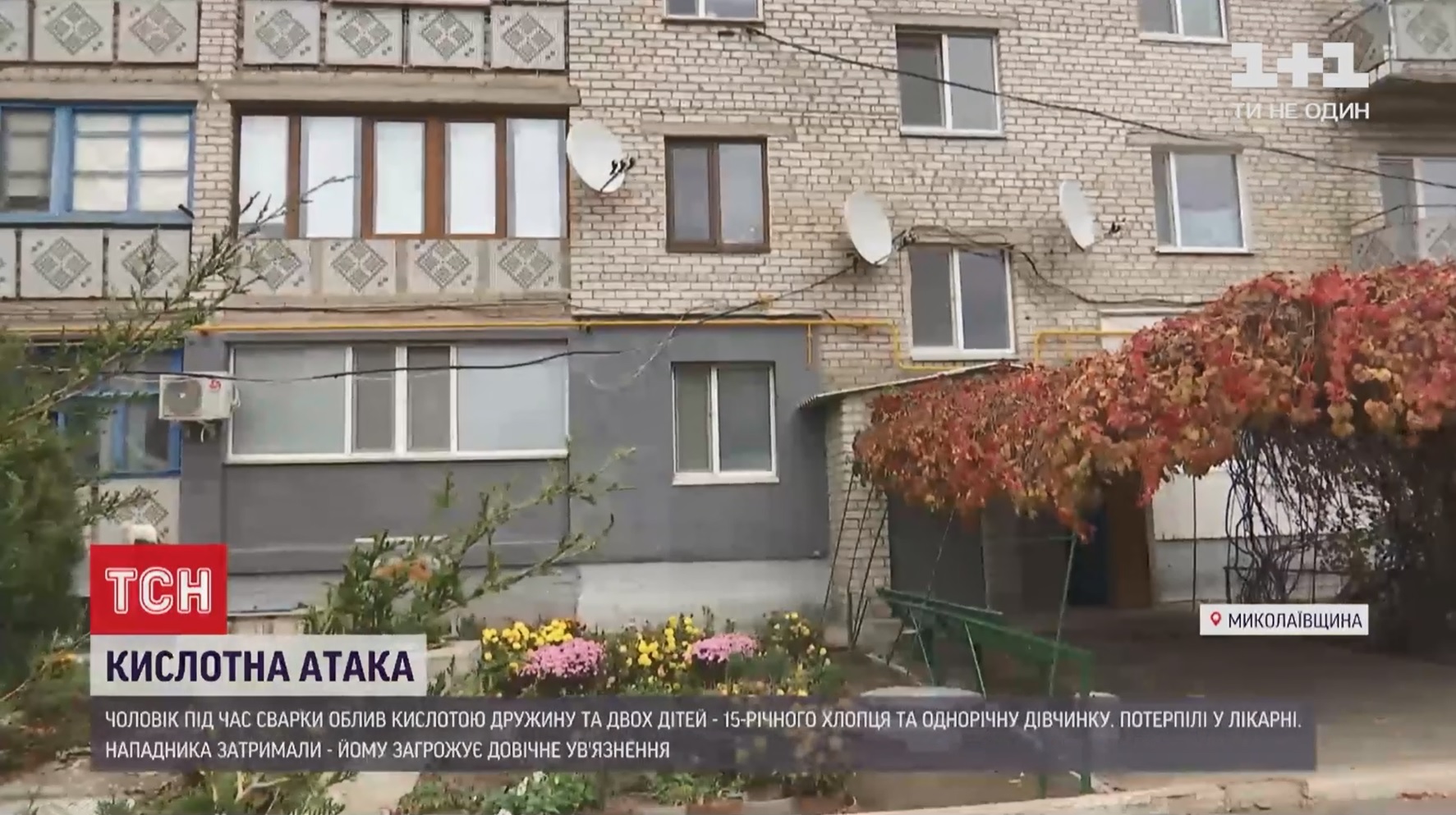 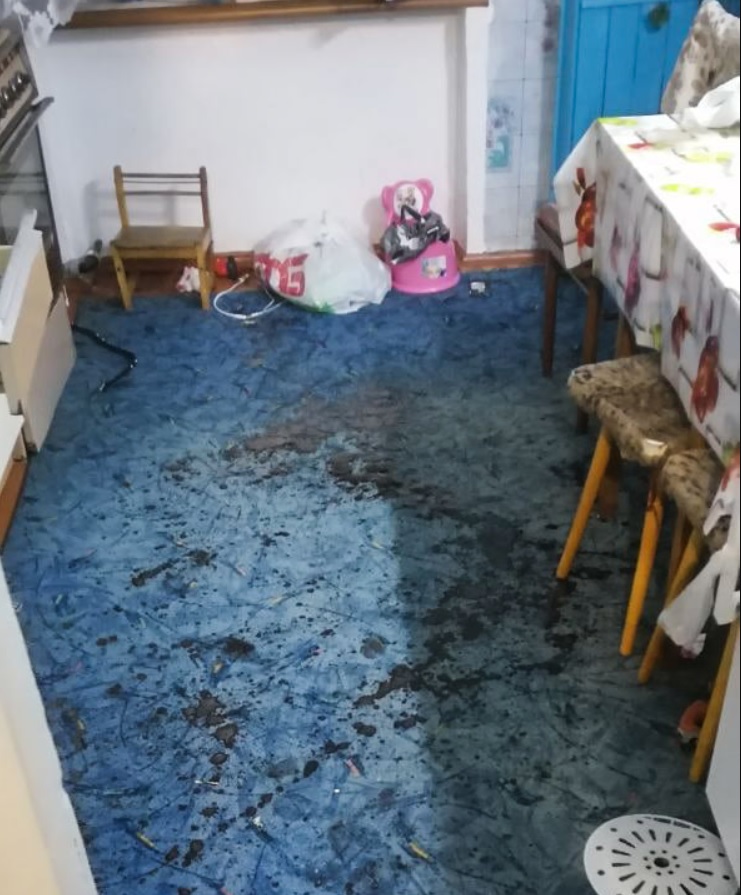