Japan’s Crown Princess has confessed to feeling ‘insecure’ about becoming empress in April when the current emperor abdicates and passes the crown to her husband.

Princess Masako, 55, questioned ‘how helpful I will be’ when she takes over the role in just a few months, but vowed to devote herself ‘to the happiness of the people’.

Masako, a Harvard and Oxford-educated former diplomat, has struggled with the pressures of royal life and suffers from a stress-induced condition described by doctors as an ‘adjustment disorder’. 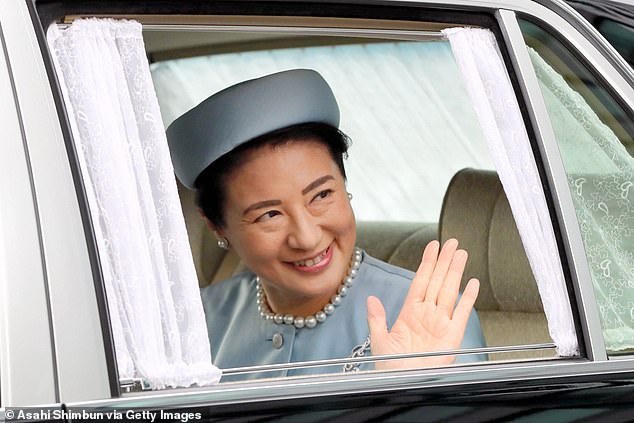 Princess Masako, 55, is due to become Japan’s empress consort in April when the current emperor abdicates and passes the throne to her husband 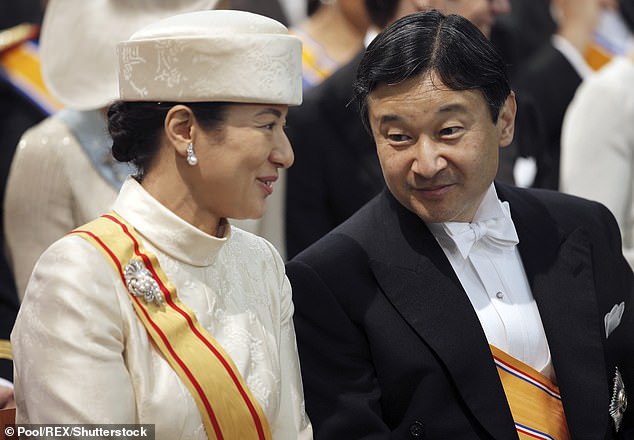 Masako (pictured with husband, Crown Prince Naruhito) has admitted she is ‘insecure’ about taking on the role in a note released to mark her birthday this year 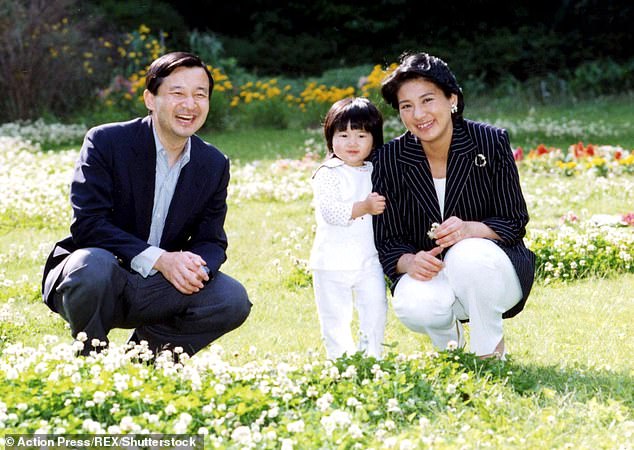 Masako has struggled to adjust to life as a royal, including criticism for failing to produce a male heir (pictured with daughter Aiko). She suffers what doctors call ‘adjustment disorder’

She has faced pressure to provide an heir to the throne. She has a daughter with her husband – Crown Prince- Naruhito, but under Japanese law only a male can inherit.

In a statement to mark her 55th birthday on Sunday, Princess Masako said: ‘Even though I feel insecure about how helpful I will be when I think about the days ahead… I want to devote myself to the happiness of the people so I will make an effort to that end.’

Referencing her illness, Masako said: ‘I am delighted at the fact that I can perform more duties than before as I have tried to improve my physical condition.’ 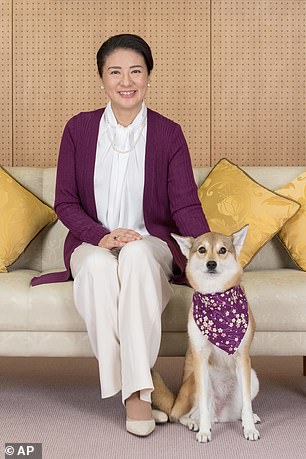 Masako was born the daughter of a diplomat and was schooled at Harvard and Oxford, before starting a career as a diplomat herself

But her doctors warned in a separate statement that it is important for the crown princess to continue treatment as she remains vulnerable to fatigue, especially after a large ceremony or successive duties.

She has made few public appearances since 2003.

Masako was born in Japan in 1963 as the eldest daughter of a diplomat father, and spent much of her early life living abroad – first in Russia, then America.

She studied at Harvard before returning to Japan, where she met her future husband at a diplomatic event in 1986.

Masako soon left the country again, going to England to study for her masters at Oxford, but never finished her thesis and returned to her country of birth in 1990.

Despite her time living abroad, Naruhito kept up his interest in her, and she was twice forced to turn down his marriage proposals to pursue her career.

But she eventually relented after he said becoming a princess would allow her to stay involved in diplomacy, and accepted the third proposal on her birthday in 1992. 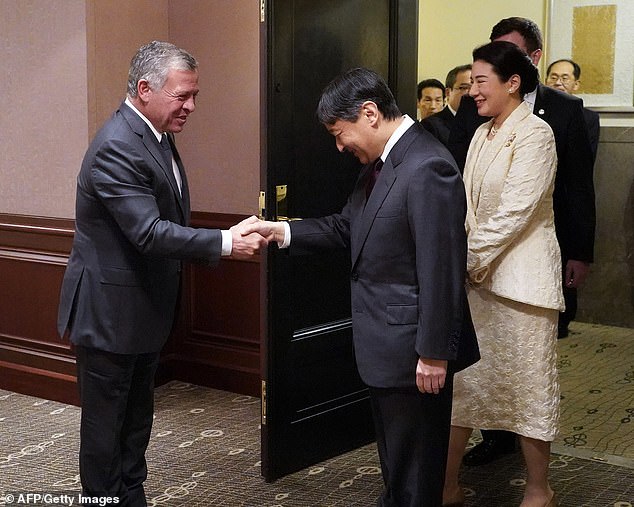 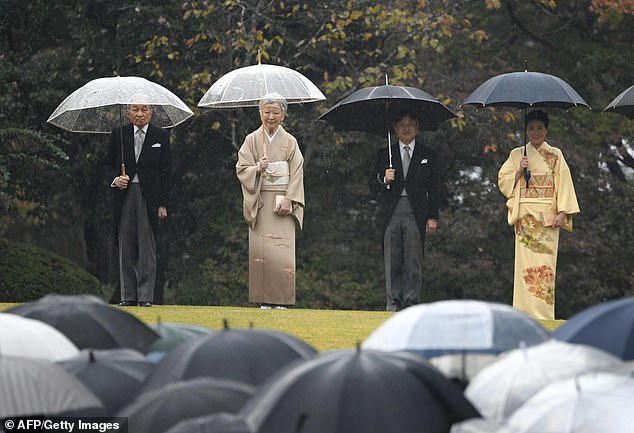 The pair married the following year. They have one daughter, named Aiko, who was born in 2001.

For a time she faced pressure to produce a male heir, but that eased in 2006 when her sister-in-law gave birth to Prince Hisahito, now 12.

Emperor Akihito, Naruhito’s father, will become the first Japanese emperor to abdicate in 200 years when he steps down from the throne on 30 April, 2019.

However post-war legislation had not allowed for abdication, so a one-off law was adopted in June to accommodate the emperor’s wishes. 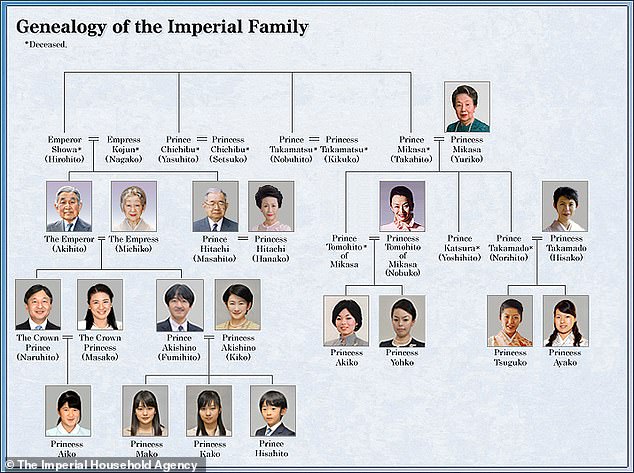 Emperor Akihito (second row down, far left) will abdicate on April 30 next year before Prince Naruhito and Princess Masako assume the throne the following day

He added: ‘I feel deeply moved that the decision was made by the Imperial Household Agency making a major step toward an imperial succession.’

The last Japanese emperor to step down was Kokaku, who did so in favour of his son Ninko in 1817.

Akihito’s desire to leave the throne has revived a debate about the country’s 2,000-year-old monarchy, one of the world’s oldest, and has fuelled discussion about improving the status of female members of the shrinking royal population.

The current male-only succession rules prohibit women from succeeding to the throne and female members lose their royal status when they marry a commoner.

It means that, as it stands, Naruhito’s only child Princess Aiko will not be able to inherit the throne after her father.

Instead, Naruhito’s younger brother Prince Fumihito will become crown prince following Akihito’s abdication with his son, Prince Hisahito then in line to succeed.