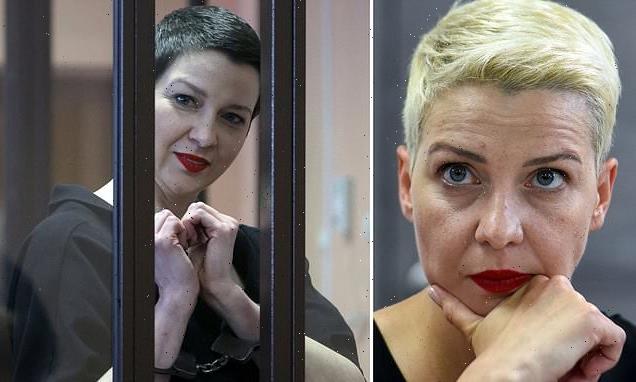 A prominent member of the Belarusian opposition serving a prison sentence for helping organise anti-government protests has been taken to a hospital intensive care unit after undergoing surgery, her father said.

Alexander Kolesnikov said his daughter, Maria Kolesnikova, was in a grave but stable condition. The doctors did not share her diagnosis or any other details with him about the surgery, Mr Kolesnikov said.

According to a news release from fellow opposition politician Viktor Babaryko last week, Ms Kolesnikova had been put in solitary confinement on the grounds of ‘impolite behaviour’. It added her lawyer had been denied access to Ms Kolesnikova.

According to a post by Babaryko on Telegram today, Ms Kolesnikova was taken to a hospital in the southeastern city of Gomel on Monday, adding that she had undergone a ‘surgical pathology’ procedure, without elaborating. 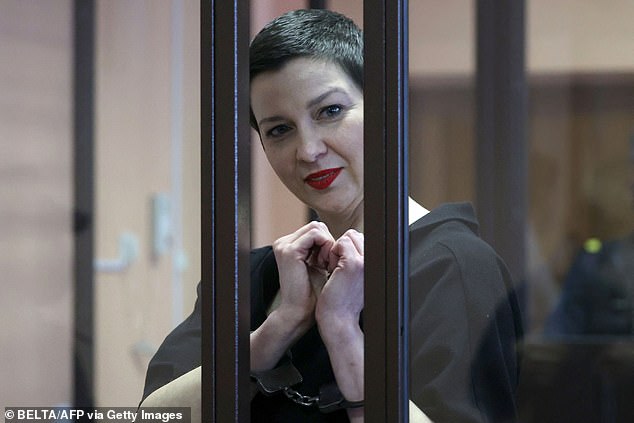 Maria Kolesnikova makes a heart gesture inside the defendants’ cage during her verdict hearing in Minsk, Belarus on September 6, 2021 Ms Kolesnikova has been in custody since her arrest in September 2020, when she tore up her passport at the border to prevent her forced expulsion from Belarus amid massive protests challenging the re-election of the country’s authoritarian president, Alexander Lukashenko.

She was convicted in September 2021 on charges of conspiring to seize power, creating an extremist organisation and calling for action that threatened the security of the state.

Her lawyer, Vladimir Pylchenko, said Ms Kolesnikova had been placed in a penitentiary cell before she was taken to the hospital. He did not elaborate on her condition.

Mr Pylchenko said that authorities had repeatedly rejected his requests to see Ms Kolesnikova at the prison in Homiel.

Sviatlana Tsikhanouskaya, the main opposition candidate in the August 2020 election that resulted in Mr Lukashenko being awarded a sixth term, demanded that the authorities release information about Ms Kolesnikova’s condition. 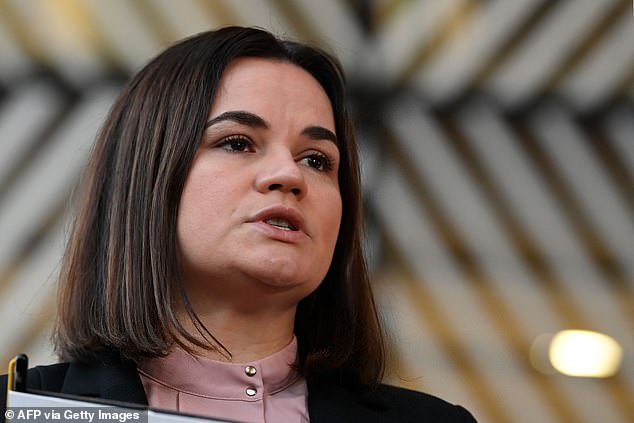 Leader of the Belarusian democratic movement Sviatlana Tsikhanouskaya speaks to the media during a Foreign Affairs Council meeting at the EU headquarters in Brussels on November 14, 2022

Belarus was shaken by months of protests after the disputed election, which the opposition and the West denounced as a rigged sham.

Mr Lukashenko responded to the demonstrations with a massive crackdown that saw more than 35,000 people arrested and thousands beaten by police. Ms Tsikhanouskaya was forced to leave the country.

Ms Kolesnikova helped coordinate opposition protests and resisted authorities’ attempts to force her to leave the country. When officers of the Belarusian security agency drove her to the border with Ukraine in September 2020 to forcibly expel her, she ripped up her passport and walked back into Belarus to face arrest.

She was part of a trio of women – with Veronika Tsepkalo and Svetlana Tikhanovskaya – who led historic demonstrations against Belarusian strongman Lukashenko.

‘What terrible news. Our dear Masha, we all hope that you will be alright!’ said Tikhanovskaya, now leader of the opposition in exile. 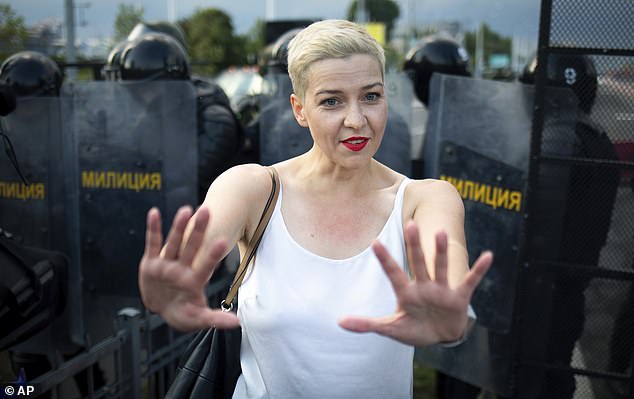 Maria Kolesnikova gestures during a rally in Minsk, Belarus, on August 30, 2020 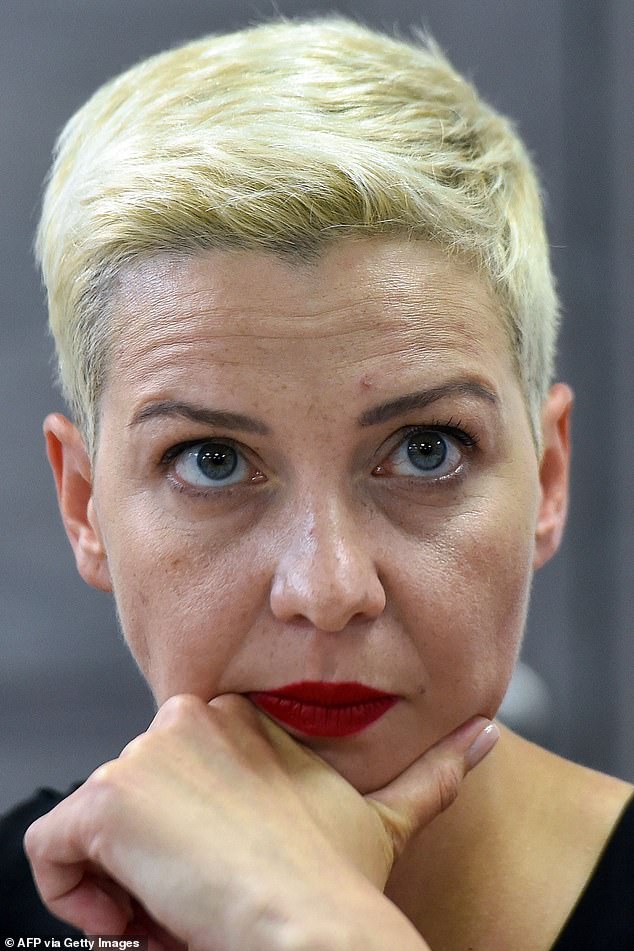 Maria Kolesnikova attends a news conference in Minsk on August 18, 2020

Just before the start of her trial, Ms Kolesnikova said in a note from prison that authorities offered to release her from custody if she asked for a pardon and gave a repentant interview to state media.

She insisted that she was innocent and rejected the offer.

‘Freedom is worth fighting for. Do not be afraid to be free,’ she wrote from prison. ‘I do not regret anything and would do the same again.’