HAMBURG (Reuters) – Angela Merkel bowed out as leader of her Christian Democrats on Friday with an emotional speech to her conservative party as it met to pick her successor who will move into pole position to become Germany’s next chancellor. 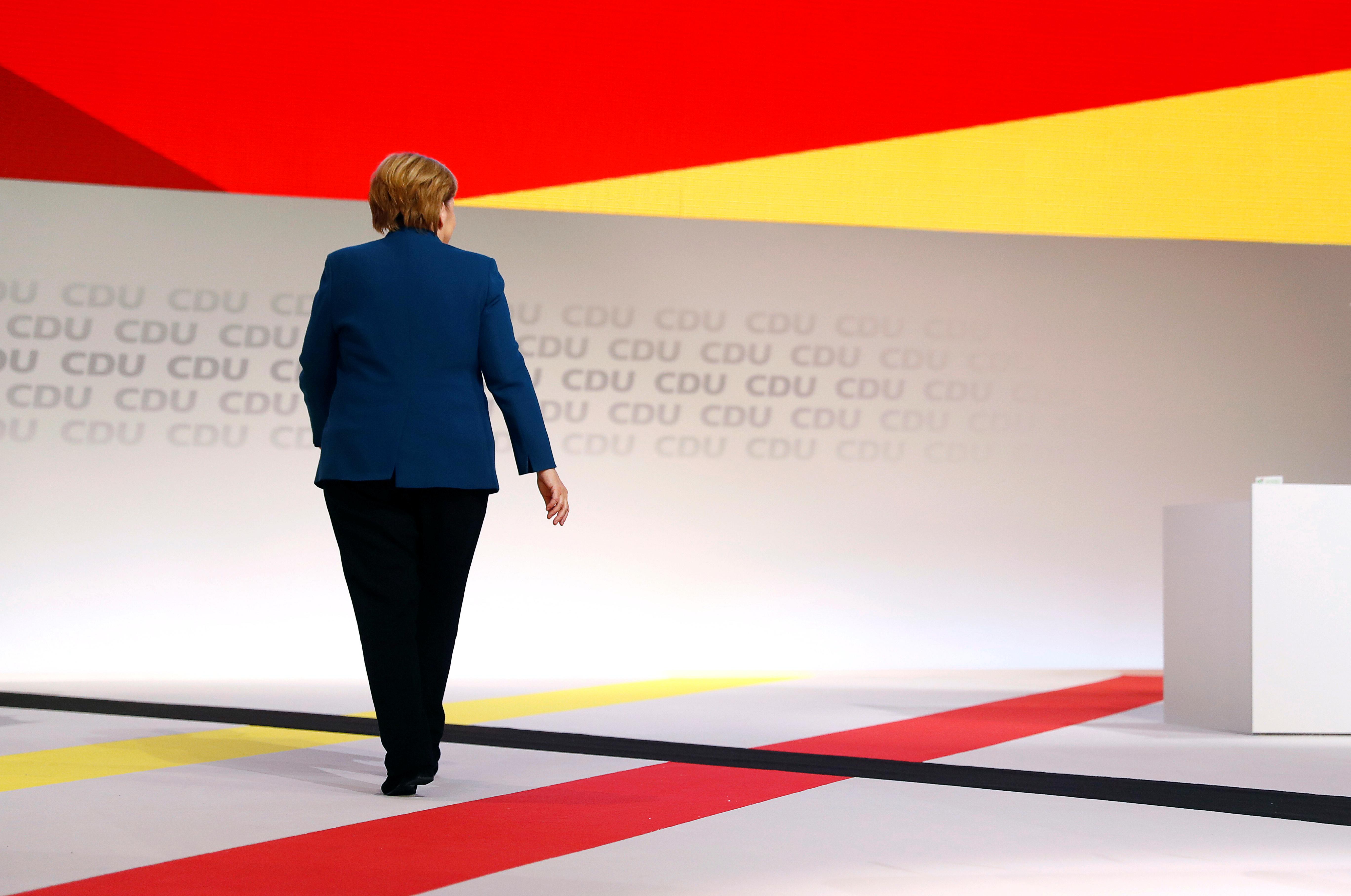 The frontrunners are Annegret Kramp-Karrenbauer, a Merkel protege seen as the continuity candidate, and Friedrich Merz, a Merkel rival who has questioned the constitutional guarantee of asylum to all “politically persecuted” and believes Europe’s biggest economy should contribute more to the European Union.

Merkel said in October she would step down as party chief but remain chancellor, an effort to manage her exit after a series of setbacks since her divisive decision in 2015 to keep German borders open to refugees fleeing war in the Middle East.

Merkel, 64, told the CDU congress in Hamburg of her gratitude for the chance to have served as party chief for 18 years, 13 as chancellor in which she came to dominate European politics as its key crisis manager and consensus-builder.

“It has been a great pleasure for me, it has been an honour,” she said to a standing ovation lasting nearly 10 minutes, and fighting to hold back tears.

Outlining the multiple challenges facing Germany, from rapidly changing technology to climate change and a global shift away from multilateralism to defending national interests, she said: “In times like these, we will defend our liberal views, our way of life, both at home and abroad.

“The CDU in 2018 must not look back but look forward, with new people … but with the same values,” added Merkel, who has said she would remain neutral on her successor as party chief.

The new CDU leader will be chosen by 1,001 delegates who vote at the congress later on Friday. The winner will likely lead the CDU in the next federal election due by October 2021.

A survey by pollster Infratest dimap for broadcaster ARD on Thursday showed 47 percent of CDU members favoured Kramp-Karrenbauer compared with 37 percent for Merz and 12 percent for Health Minister Jens Spahn.

Merz, 63, who lost out to Merkel in a power struggle in 2002 and is returning to politics after a decade in business, is backed by CDU members tired of Merkel’s consensual politics. He won support this week from party veteran and former finance minister Wolfgang Schaeuble.

DOWN TO THE WIRE

Kramp-Karrenbauer’s trump card is her record as former state premier in Saarland, where she led a broad coalition with the Greens and pro-business Free Democrats – alliance-building skills useful in Germany’s fractured political landscape.

Kramp-Karrenbauer, 56, has differentiated herself from Merkel on social and foreign policy by voting in favour of quotas for women on corporate boards and by taking a tougher line on Russia.

She told Reuters last week that Europe and the United States should consider blockading Russian ships over the Ukraine crisis. But on what lies ahead for the CDU, Kramp-Karrenbauer said: “I have no particular recipe.” 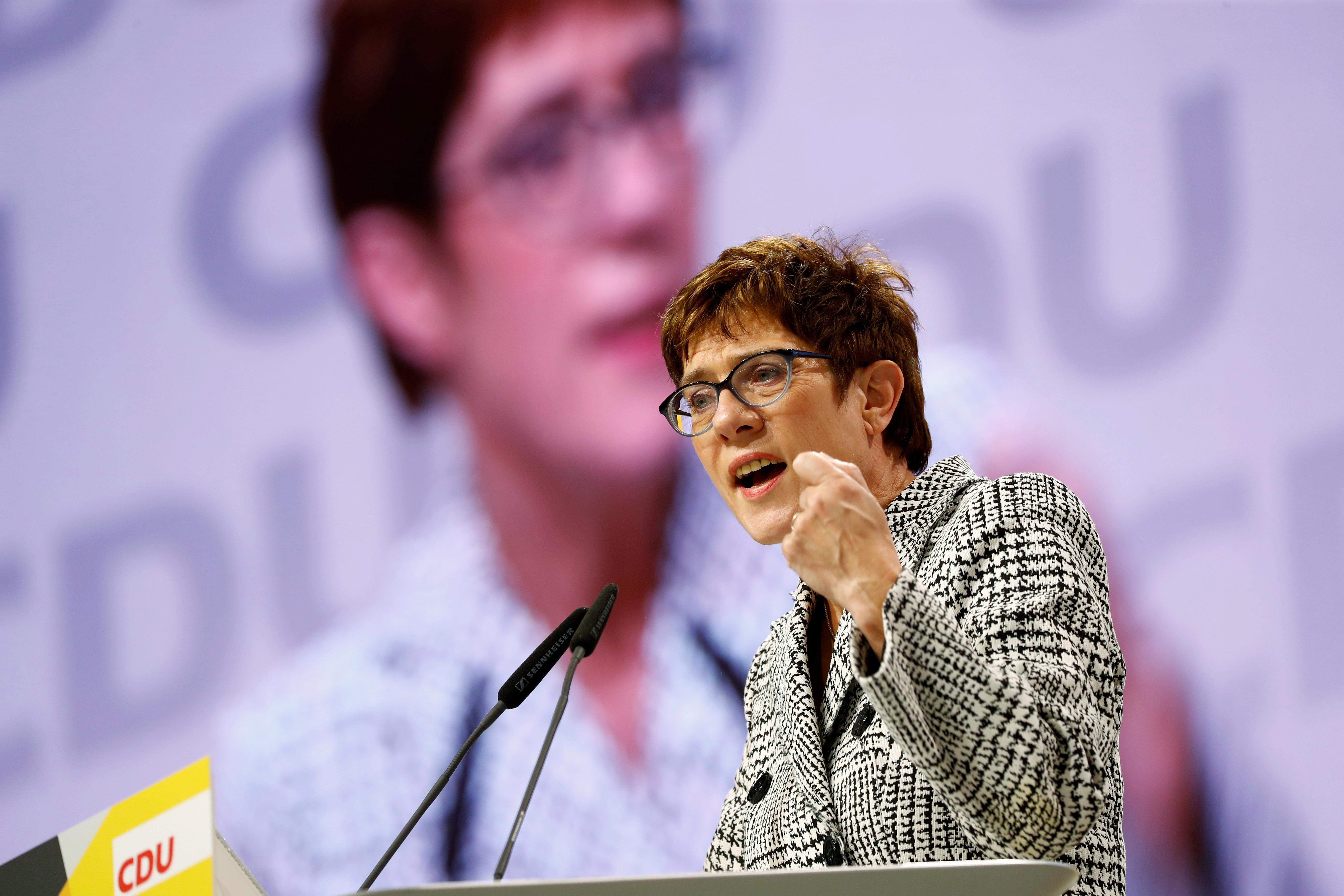 By contrast, Merz takes clear positions that appeal to rank-and-file party members hungry for a more clearly defined conservative party. He wants tax cuts, a bigger German contribution to holding together the EU, and a more robust approach to challenging the far right.

Merz will benefit from the fact that 296 of the delegates at the congress – almost a third – will be from his home state, the western state of North Rhine-Westphalia.

A senior CDU official, speaking on condition of anonymity, said many delegates were undecided before the congress and could be swayed by how the candidates present themselves on Friday. “It could come down to the speeches on the day.”