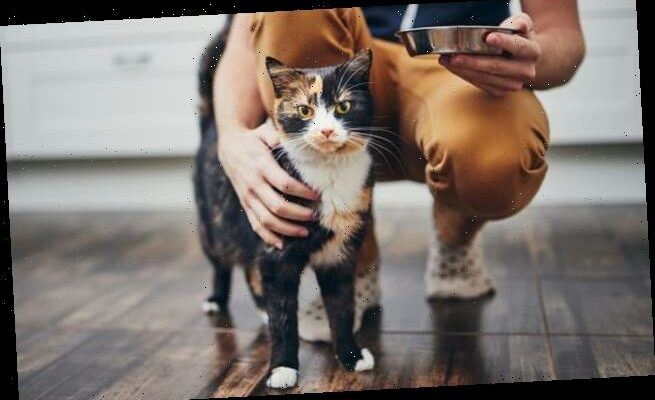 A cat in Italy has been diagnosed with the British variant of coronavirus – the first known case of a feline catching the variant in the country, doctors say.

The cat – a male purebreed of a European variety – fell ill in the town of Novara around 10 days after its owners were diagnosed with the variant.

Symptoms suffered by the cat included breathing problems, but both the pet and its owners are now recovering, medics added. 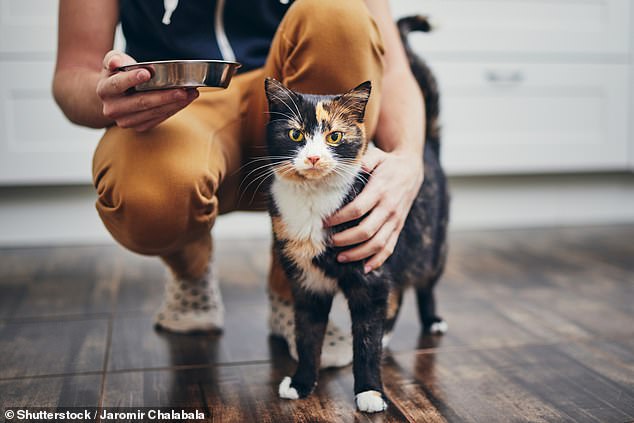 A pet cat in northern Italy has been diagnosed with the British variant of Covid in the first-known case in the country, medics have confirmed (file image)

Scientists from the Animal Health Research Institute of Piedmont, Liguria and Valle d’Aosta discovered the cat’s infection after being invited to test the animal.

They sought to downplay fears that animals are spreading the virus, saying the course of infection shows the owners infected the cat – not the other way around.

Instead, researchers warned that people with confirmed Covid infections should avoid close contact with their pets to avoid passing the infection on.

Bartolomeo Griglio, head of Prevention of the Piedmont Region, told the Ansa news agency: ‘The positivity of the cat must not generate alarms.

‘Due to the infection of their owners, pets find themselves living in environments with strong viral circulation.

‘It is therefore not unexpected that they too can contract the infection, but there is no scientific evidence that they play a role in the spread of Covid-19.

‘Inter-human contagion remains the main way of spreading the disease.’

Scientists have known for some time that cats are vulnerable to Covid infections.

Last year, tests on cats in Hubei province in China, where Covid first originated, found 15 per cent of the animals had antibodies to fight the virus – indicating that at one point they had been infected.

Tests from South Korea, Japan, Europe and the US have also confirmed Covid infections in domesticated cats.

Meanwhile several zoos – including ones in the US, Sweden and Spain – have confirmed that tigers and lions can become infected.

It is not clear how exactly the animals picked up the virus, but it is assumed the infection occurred because of their close proximity to humans.

There is currently no scientific evidence that suggests cats are able to infect people.

Other animals have also proven susceptible to Covid infections, including pet dogs, chimpanzees, and mink.

Infections in mink cause fears after it was confirmed that mink could subsequently infect people when several cases were detected at fur farms in Denmark.

The discovery led to the culling of millions of mink across the country and in other European locations, due to fears that the virus could mutate in the animals and cause vaccine-busting infections in humans.