It's something the 18-year-old has had to get used to since she became homeless seven years ago and moved into the dark and dirty North London underpass she now calls home.

She's one of 103,000 young people who are homeless or sofa surfing in the UK – and the problem is getting worse.

The number of people aged 25 and under sleeping rough in London more than doubled from 2016 to 2017.

And this time of year is especially challenging: the weather is at its worst, the hours of daylight short, and the nation’s focus is on Christmas celebrations. 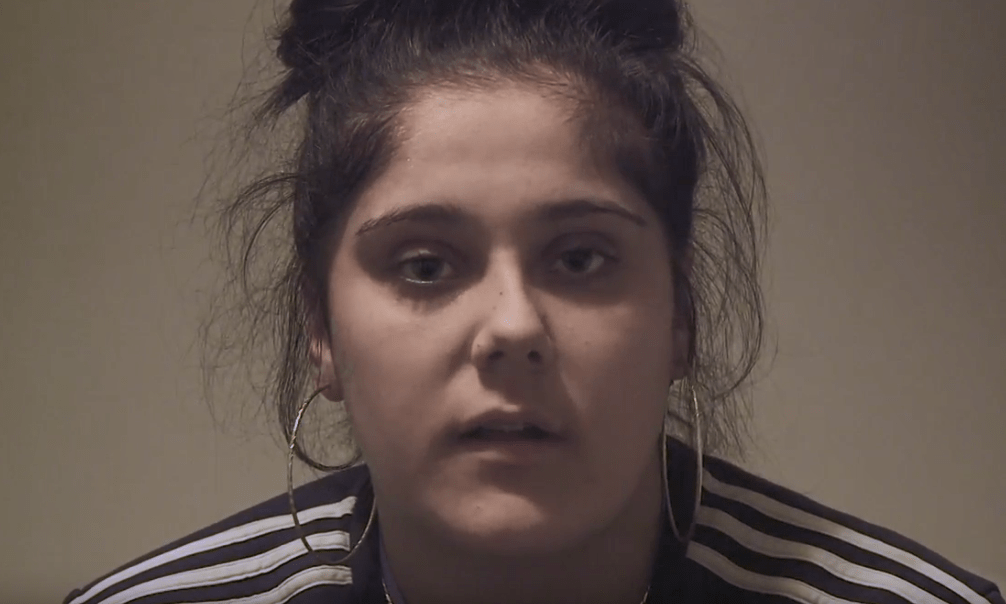 If you’re homeless, living on benefits or begging for money, sleeping in an underpass and long-estranged from any family and friends, Christmas can be miserable.

Here, Sun Online speaks to four teenagers from around the country preparing to spend the festive season homeless and alone

'It was live on the streets or get raped'

Young homeless people often leave home because of family breakdown or abuse, others have nowhere to go after leaving care.

That’s exactly what happened to 18-year-old Sammie Cook, who went into care in Birmingham when she was 13 after her single mum had a breakdown and was admitted to a psychiatric hospital for long-term treatment.

At 16, Sammie moved into a hostel for homeless young people but was evicted a year later for chaotic behaviour including drug taking, and went to stay in the spare room of a man she met outside a pub.

That lasted two months – until he tried to rape Sammie, twice.

“I moved out that night and I’ve been living here ever since,’ she says, referring to the north London underpass she calls ‘home’. 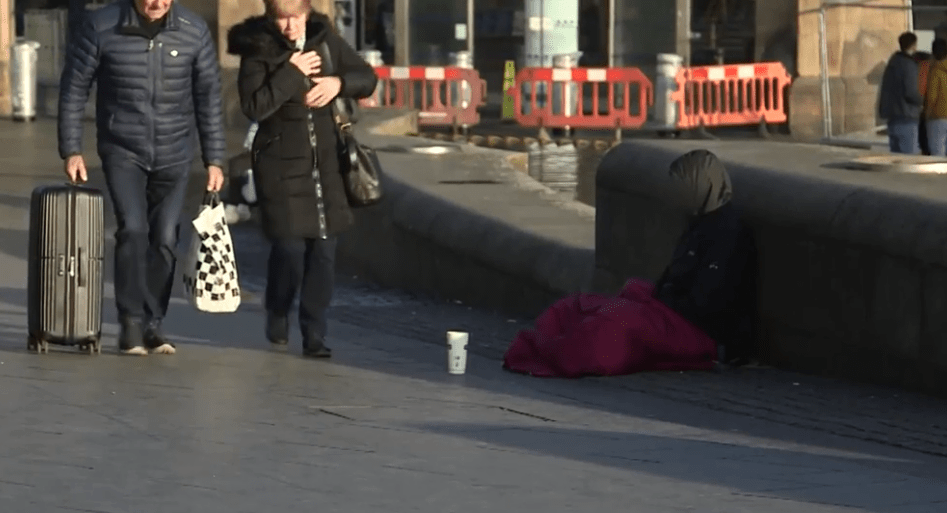 “I’m used to living on the streets,” she tells us.

“It’s what I know. I haven’t lived in a house for seven years now. I smoke dope which helps pass the time, and I sometimes have a laugh. I went down to Brighton for the summer and had a boyfriend there for a bit – it was good to have someone to be with. I do get lonely.”

No longer in touch with her mother, Sammie says Christmas means nothing to her.

“But the charities sometimes put on a turkey dinner and I love that, so I’ll probably get a good meal," she says.

He was at uni studying archaeology when he got hooked on opiates and his grandparents gave him an ultimatum.

“They basically said stop doing drugs or you’re out… but I couldn’t stop so they kicked me out. I was 18 and with a bad crowd.

Thomas is now looking for a warehouse job and claiming benefits in the meantime. 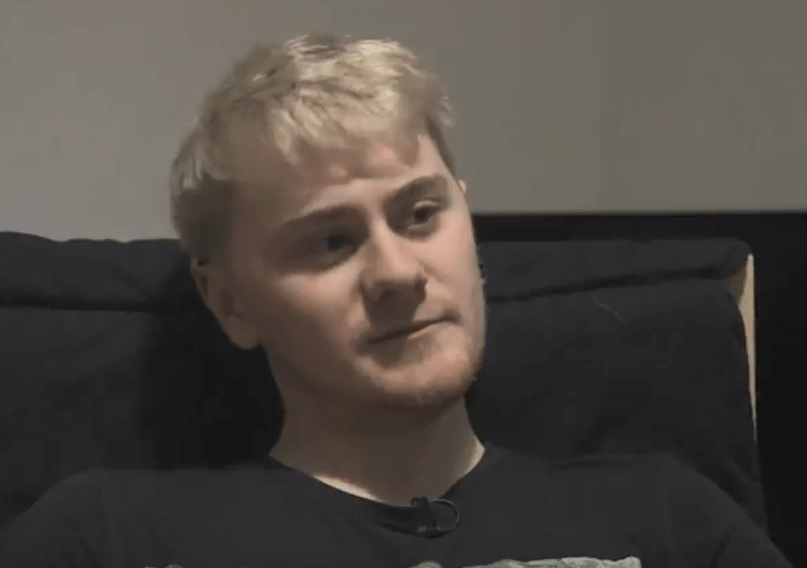 “Coming here felt weird because I’d never lived on my own, but I’ve come off the drugs. It was very tough.

But Thomas’s story isn’t a happy one yet.

“I’ve tried to kill myself five times," he admits.

"I had serious depression which went hand in hand with the drugs. I feel guilty about everything I’ve done in the past that I want to take back.” 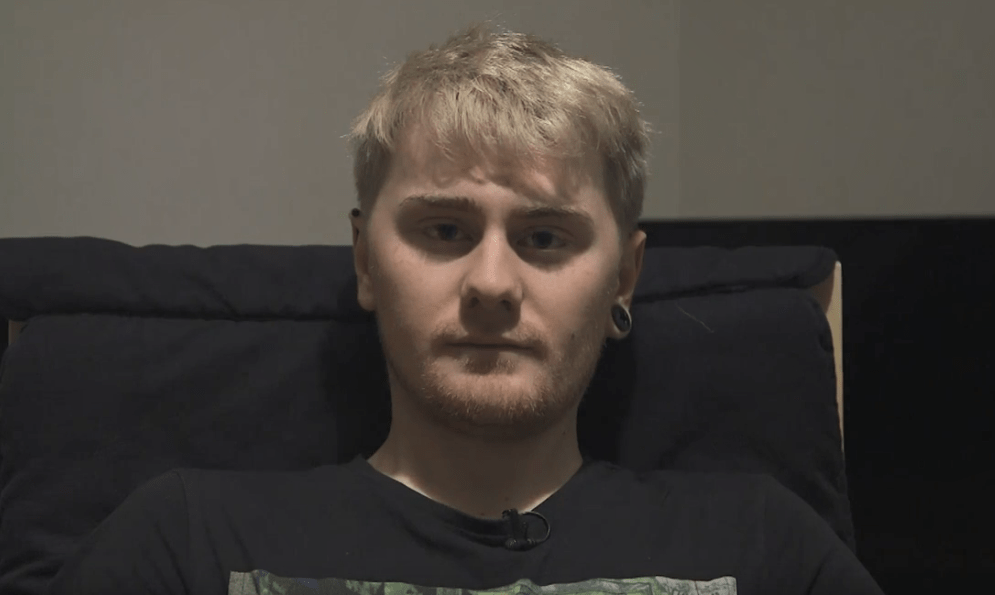 Thomas and his mum are in contact but not regularly: he didn’t see his family last Christmas, but has higher hopes for this one.

He and his girlfriend of two years, Holly, are in the process of securing a rental agreement on a flat and hope to be in it by Christmas. Thomas wants that to be the start of a new chapter.

“I want to go back to uni to do a paramedic degree so I can help people," he says.

'I clean to forget I'm homeless'

Christmas doesn’t have the same meaning for Casey Thompson as it does for the millions who enjoy a stable home and happy family life.

She may spend it with her Nan, but says she hasn’t given it much thought.

“I’ve only been in this hostel for three nights and everyone’s been nice but I was nervous about coming here,” she says in a whisper. 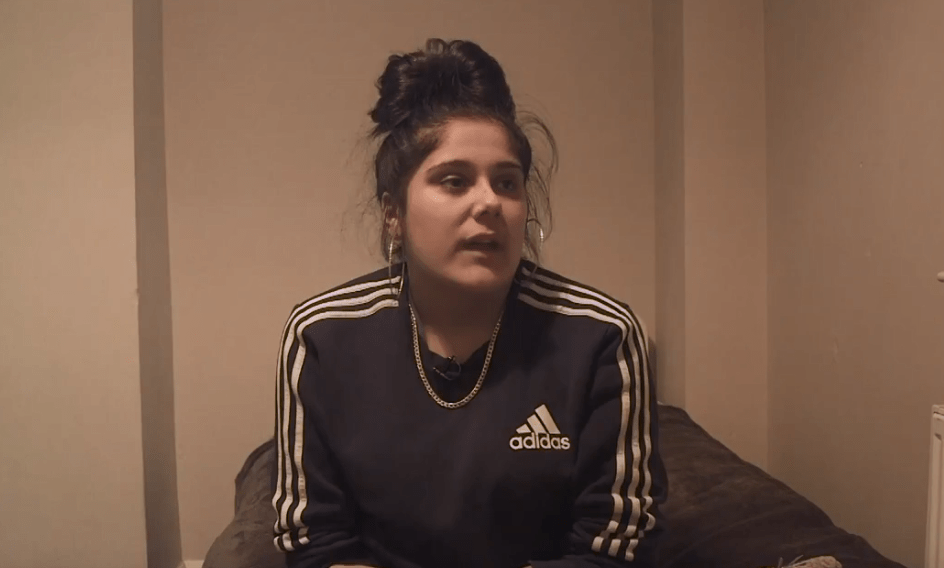 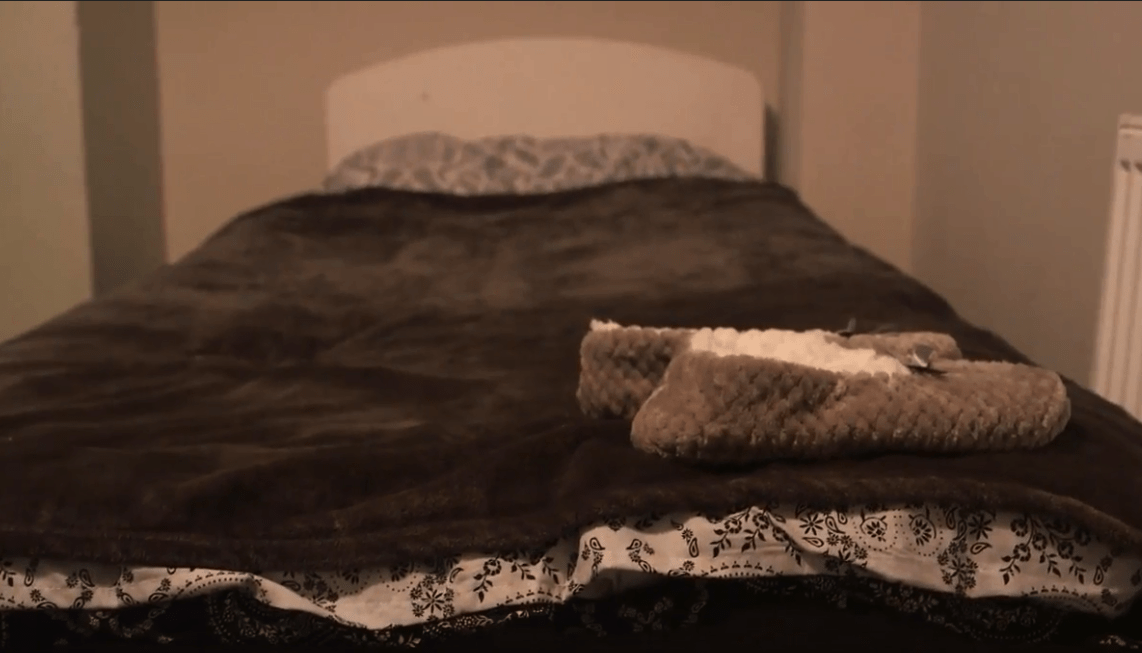 "That didn’t work out though, so I left in April.

“Living like this can be isolating and lonely – you have to keep your mind occupied, so I do a lot of cleaning, listening to music and watching films,” she says.

She now lives in the same emergency housing as Thomas. Her fingers are red from scrubbing the walls of her £14-a-month hostel room ready for Christmas.

It’s a stark space with hardly any furniture – but for an 18-year-old girl who spent seven months sofa-surfing, it's a precious place to call home.

'People see you as the lowest of the low'

Josh Simmonite, 20, has just moved into a temporary hostel for homeless young people where he can stay for six months.

He's grateful for a roof over his head right now – but has no idea what he’ll do at Christmas.

“I didn’t have a very good home life and got kicked out because I didn’t get on with my mum," he says. "I came home one day when I was 17 to find all my stuff had been packed. That was my lowest point. 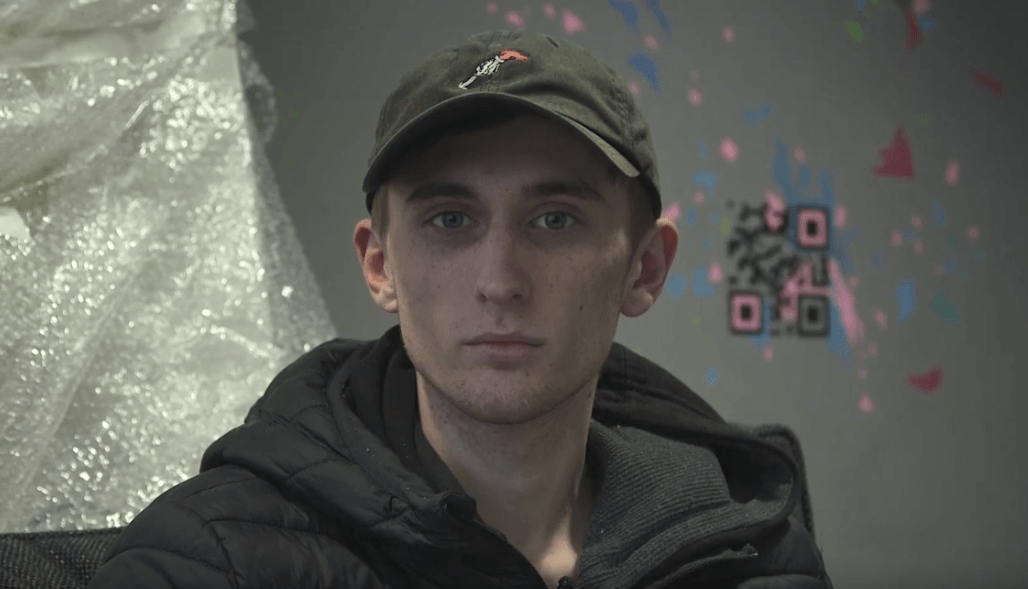 “I suffer with depression and anxiety and there are times when I feel very isolated. You see what other people have, what they’re making of their lives, the love and support they have, and that makes me feel down. The days can be very long, with nothing to do, nowhere to go, no structure,” says Josh.

“You never want to say you’re homeless, everyone wants to hang on to that last bit of self-respect, and people see you as the lowest of the low when you’re homeless.

“They see homelessness as something you bring on yourself, that it’s something you’ve done or you must be addicted to drugs or something but it’s not, it’s just circumstance, normally through breakdown in family life or following the wrong crowd.” 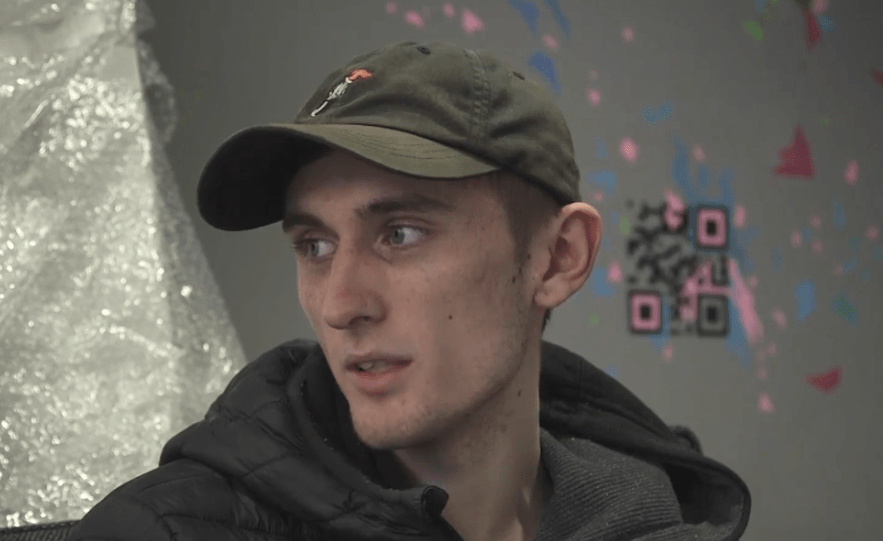 Josh is not without hope for his future, though. He has a mechanical engineering qualification and hopes to find a college placement or apprenticeship so he can become fully qualified.

“It’s good to have a roof over my head here and to know where I’m sleeping every night so I can try to move forward, get a job and get my life on track. I’d like a home of my own, a family life, my own life,” he says.

“If I lose this place I’ll be on the streets, so this is my last chance.”

One in five homeless women are sexually exploited

One of the problems facing homeless young people is that councils are facing a £10 million funding shortfall from government which limits the help they can offer.

Mike Thiedke, CEO of the Depaul UK homeless charity, says young people often look to the welfare system as a safety net when they can no longer stay with family.

HERE'S HOW TO HELP ROUGH SLEEPERS IN THE SNOW

“But cuts, caps and freezes to housing benefit mean it’s getting harder for young people threatened by homelessness to find accommodation they can afford,” Mike says.

A survey of 526 young people in Depaul’s homelessness services found that 52 per cent have mental health problems; three out of ten young homeless people are physically assaulted and one in five young homeless women are sexually exploited.

"While many of us are surrounded by friends and family, enjoying the festivities, it can be easy to forget that not everyone has the same support network or even a safe space to sleep.”