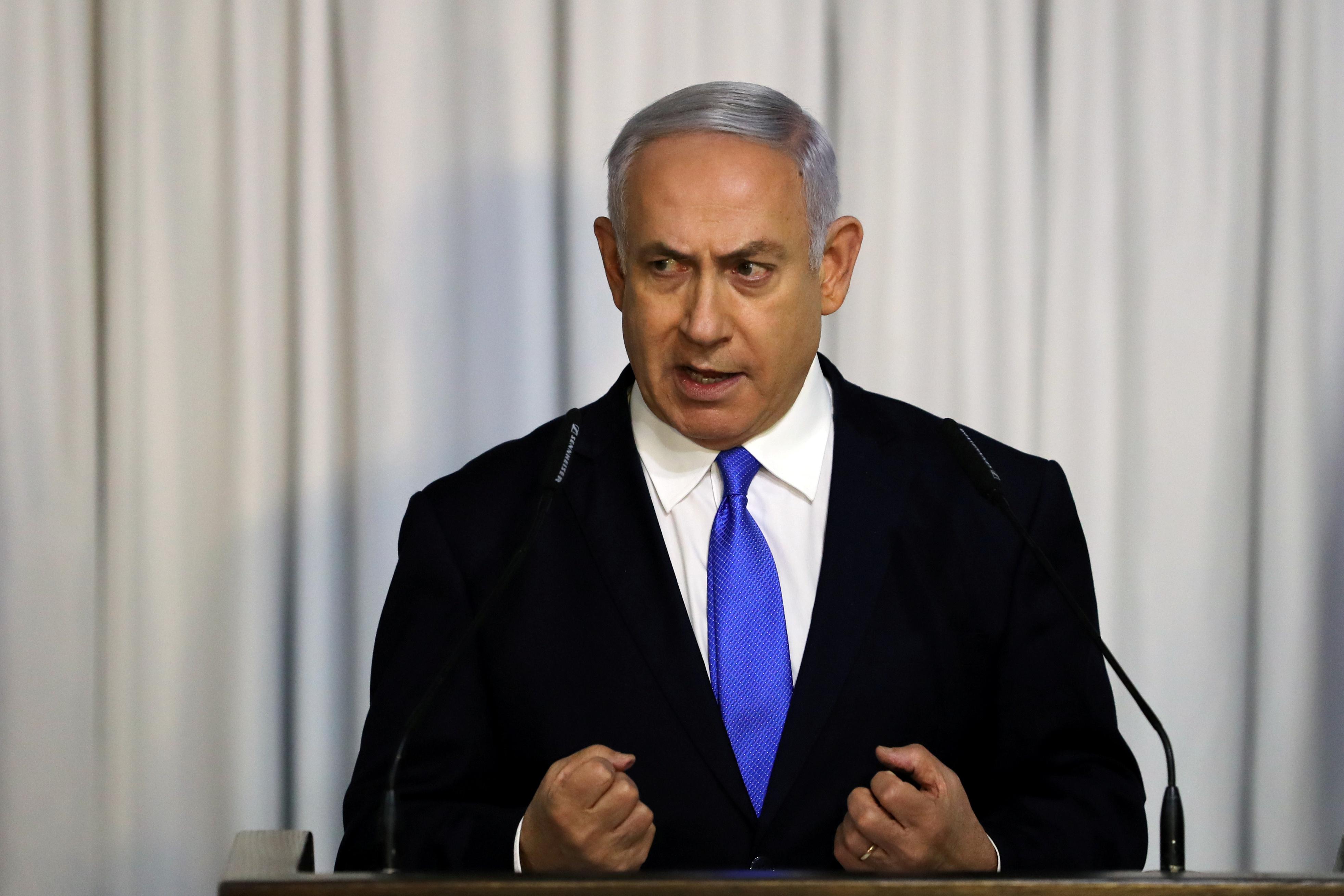 The dramatic move, the first time a serving Israeli prime minister has been put on official notice of planned prosecution, deepened uncertainty over the right-wing leader’s re-election prospects.

Netanyahu, who has denied any wrongdoing in the three long-running corruption investigations against him, was due to deliver a televised statement later in the day.

He has already said he has no intention of resigning. Netanyahu’s Likud party described the looming indictment as “political persecution”.

The actual filing of charges, which include bribery, fraud and breach of trust, will depend on the outcome of a required hearing, the Justice Ministry said in a statement.

At that hearing – which could take place after the April 9 election – Netanyahu can try to persuade the attorney-general, Avichai Mandelblit, not to indict him.

Netanyahu, 69 and seeking a fourth consecutive term, is set to become Israel’s longest-serving prime minister this summer if he wins the election.

He is suspected of wrongfully accepting $264,000-worth of gifts, which prosecutors said included cigars and champagne, from wealthy businessmen and dispensing favors in alleged bids for favorable coverage by a newspaper and a website.

He could face up to 10 years in jail if convicted of bribery and a maximum 3-year term for fraud and breach of trust.

Israel’s shekel weakened against the dollar on the news. It was trading at 3.63 per dollar at 1620 GMT, from 3.6240 before the announcement and down 0.4 percent versus the U.S. currency from Wednesday.

In December, Israeli police recommended that Netanyahu be indicted for bribery and fraud and breach of trust, with Mandelblit left to make a final decision on whether to press charges.

Opinion polls have shown a tight race for Netanyahu, with sharp gains for a center-left alliance that could score an upset over Likud.

Anshel Pfeffer, author of a recent Netanyahu biography, said on Twitter that Israel was entering “uncharted waters” in which “no one has any idea how being a prime minister under notice of indictment will effect Netanyahu and his government”.

U.S. President Donald Trump, asked at a news conference in Hanoi about Netanyahu’s legal troubles, voiced support for the right-wing leader. Trump and Netanyahu have been in lockstep over policy towards Iran and the Palestinians.

“Well, I just think he has been a great prime minister,” said Trump, who held a summit in Vietnam with North Korean leader Kim Jong Un.