Israeli troops demolished the home of a Palestinian accused of the May killing of a soldier on Saturday, completing a night-long incursion into the Palestinian-controlled city of Ramallah.

The raid on the West Bank city where Palestinian president Mahmud Abbas has his headquarters comes as Israeli forces search for the perpetrator of a Thursday shooting that killed two Israeli soldiers. 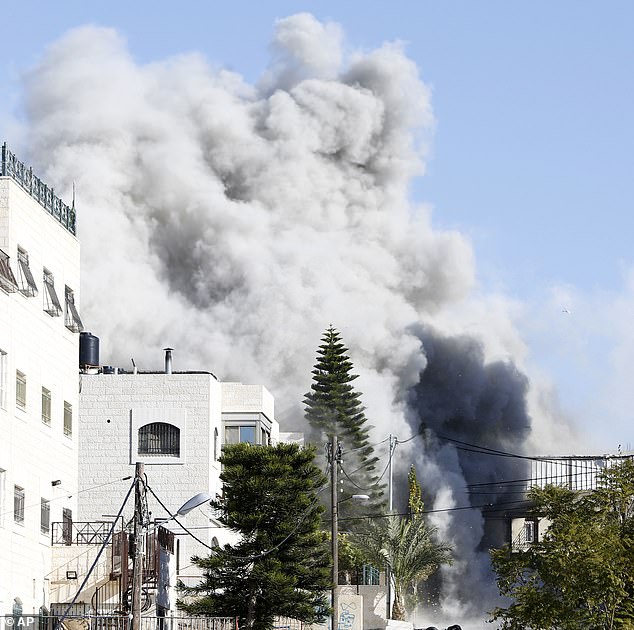 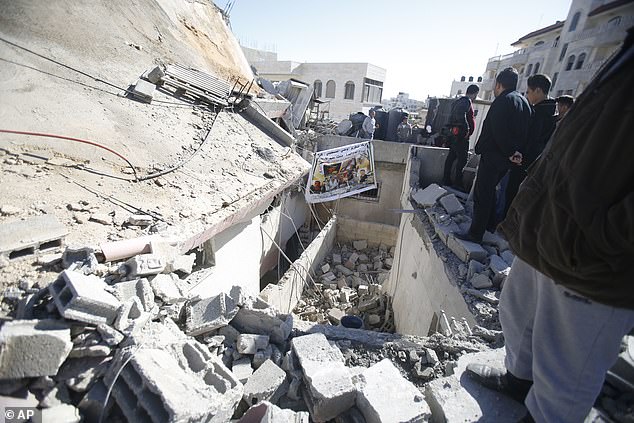 Hamid killed Staff Sgt. Ronen Lubarsky by dropping a marble slab on his head during an IDF raid in May at the al-Am’ari refugee camp in Ramallah.

Both army and border police units took part in the Friday operation including members of the commando unit in which the soldier was serving when he was killed.

‘During the operation, dozens of Palestinians instigated a number of violent riots. The rioters hurled rocks towards the forces, who responded with riot dispersal means,’ the army said.

Inside the camp, soldiers demolished the home of Islam Abu Hamid, who was arrested in June for the soldier’s killing. 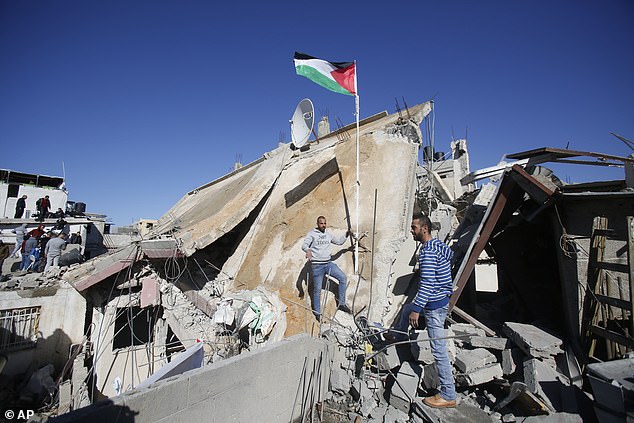 The family house was completely destroyed in a controlled explosion, AFP correspondents at the scene said.

Neighbours said several hundred residents, including children, were ordered out of their homes and kept in a sports field in the cold of night while the army operation continued.

‘The weather was very cold. A lot of the elderly, the children and the women were ill,’ said Samir al-Tukhi, one of those kept outside.

It is the third time the house has been destroyed, with several of Abu Hamid’s brothers also jailed by Israel on terrorism charges, while one was killed.

Their mother, Latifa, told AFP the demolition didn’t matter to her.

‘The first time we rebuilt it, the second time we also rebuilt it. One hundred or one thousand times we will rebuild and they demolish it.’ 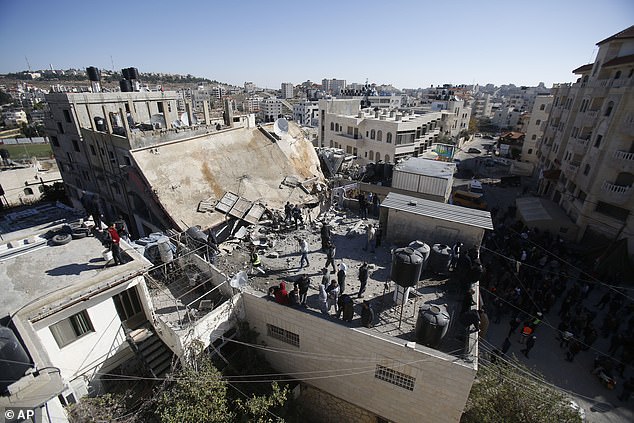 Israel regularly demolishes the homes of Palestinians who carry out attacks against Israelis.

It argues it is a deterrent though critics say it amounts to collective punishment.

Prime Minister Benjamin Netanyahu has faced pressure from right-wing rivals and Jewish settlers for a strong response to the killing of the soldiers on Thursday.

It was the third deadly attack by Palestinian gunmen in the West Bank in two months and set off demonstrations by settler groups on whose support Netanyahu’s government depends. 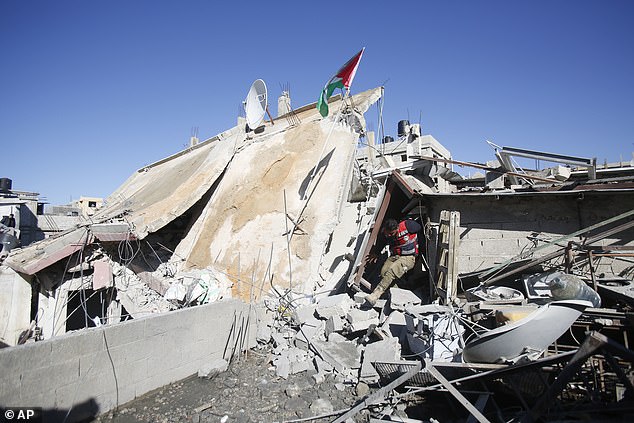 In clashes on Friday, Mahmoud Nakhla, 17, was killed by Israeli fire near the Jalazone refugee camp outside Ramallah, the Palestinian health ministry said.

The army said on Saturday that an ‘initial investigation’ showed that a soldier opened fire when a Palestinian came toward him in what was seen as a potentially threatening way.

‘Palestinians instigated a violent riot adjacent to Jalazone,’ a military spokesman told AFP, adding that troops were pelted with rocks.

‘During the riot a Palestinian approached a soldier carrying a suspicious object,’ he said.

‘In response the soldier fired toward the Palestinian. He was then treated at the scene by troops before being evacuated by a Palestinian ambulance.’