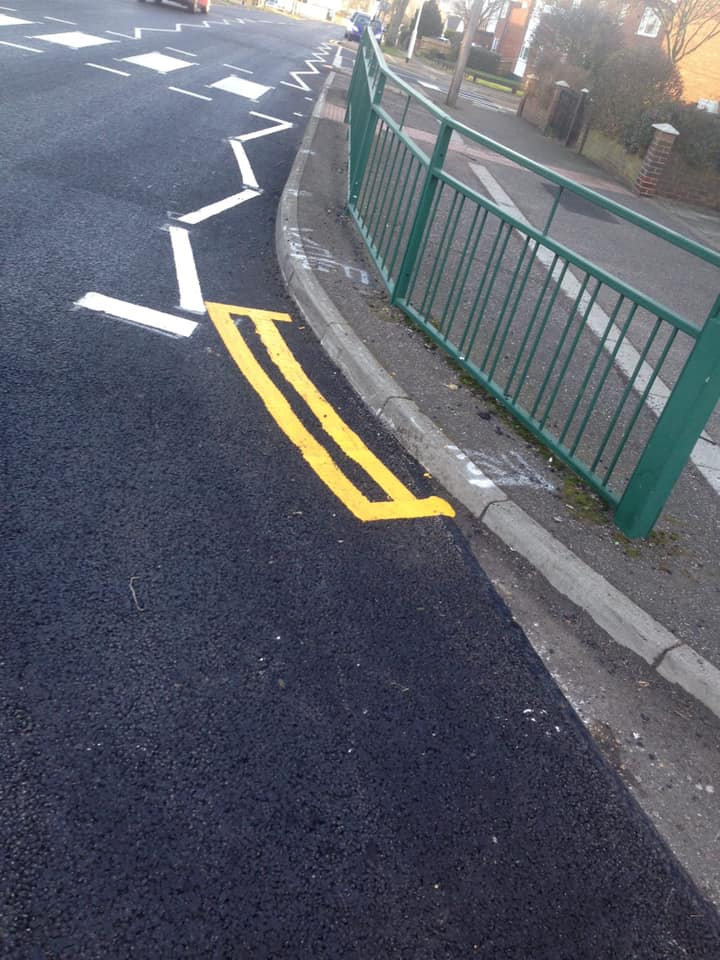 The lines have been placed around a small corner and next to railings – where it is virtually impossible to park anyway.

Posting the picture on social media, he wrote: "Southend council must have money to burn, check out the double yellows down Bellhouse."

He added: "I spotted it on my way to work, these are probably the most pointless lines in the country – they measure around 4ft.

"It's just in front of someone's drive so it's pretty pointless as no ones going to even attempt parking there.

Southend council must have money to burn

"I think they were done the week before last.

"It's one of my routes to work and I don't normally see any issues there with parking."

Mr Mendoza claims he'd previously contacted the council about putting lines near where he lives but they never got back to him.

He added: "Bit of a joke because there's corners around my way that need double yellows but the council never got back to me when I asked".

And when he posted the picture online, residents were not afraid to share their opinion about the road markings, which first appeared two weeks ago.

Paul Collins added: "Plus the time planning these, paper work and then marking out the chalk marks. Astonishing".