The rules in the Snow family household were simple. If Emily Snow’s first grader, Evan, made it through the evening without kicking, biting or hitting, he could have his favorite treat: three pieces of chewy red candy.

But Evan rarely got his prize.

“He was volatile from morning to night,” Snow, of Roy, Utah, said. “We were always on eggshells, never knowing when a violent explosion was going to come.”

Evan was on two psychiatric medications for his aggression, Snow said. He had been in weekly therapy since kindergarten.

It was in October 2020, when Evan was in second grade, that a relative suggested the Snows cut out artificial food dyes — which had been in Evan’s nightly reward, as well as many of the fruit snacks, chips and drinks that he consumed. 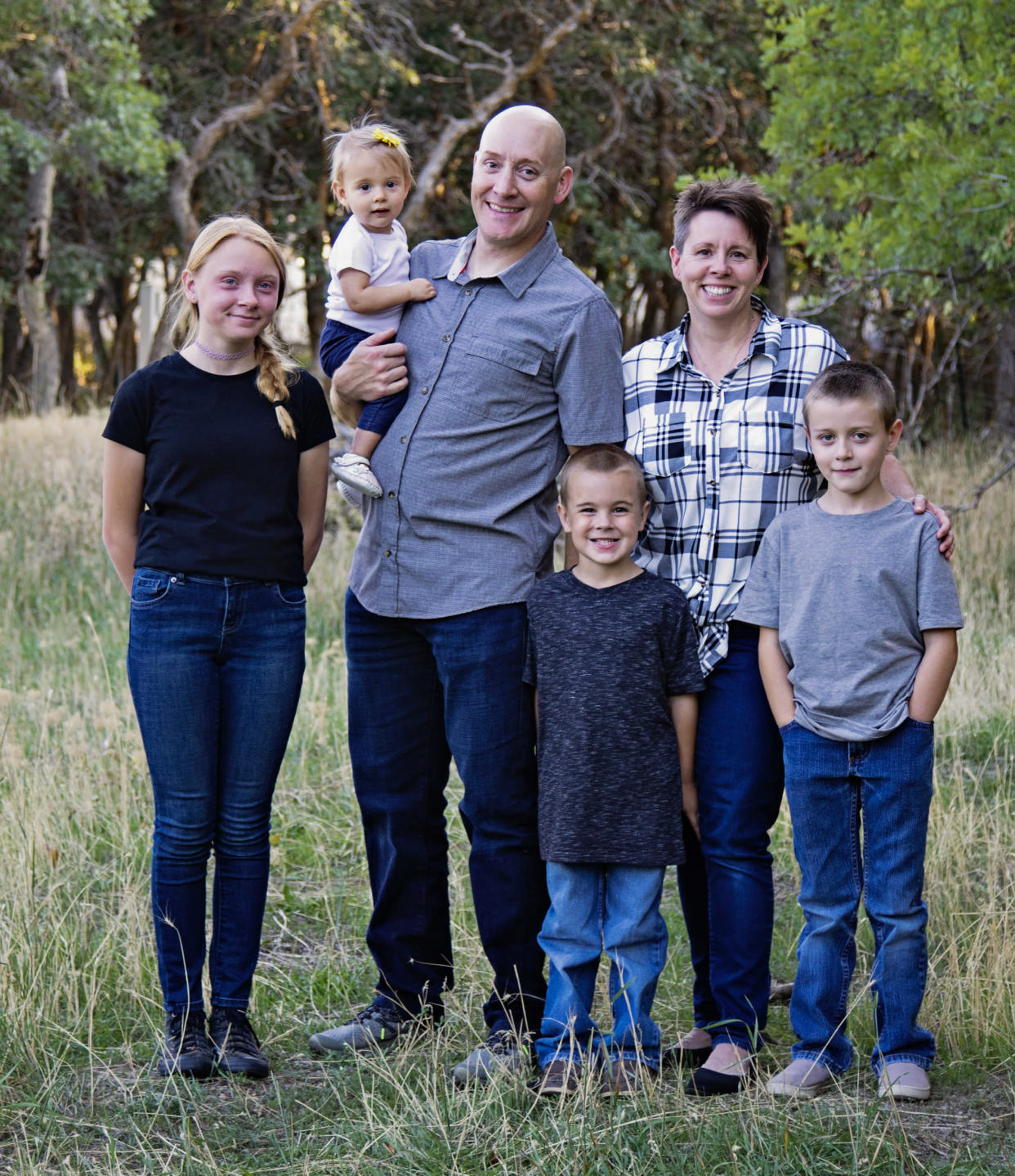 The dietary change did what thousands of dollars in neuropsychological testing, psychiatry appointments and therapy had not been able to do, Snow said. Within four weeks, Evan was a calmer, happier child.

“We had a little boy instead of the Incredible Hulk,” she said.

The Snows are part of a growing number of families, scientists, pediatricians and legislators who believe there is a strong connection between synthetic food dyes and children’s behavior — something the Food and Drug Administration does not entirely agree with.

In 2011, the FDA reviewed the possible link between artificial food dyes and hyperactivity and determined no causal relationship could be established for children in the general population who have not been diagnosed with behavioral disorders. The agency revisited the issue in 2019, and maintained its stance.

But a state senator in California says freshly compiled research proves that artificial food colorings — which appear on nutrition labels as Red 40, Yellow 5 and Blue 1, among other names — negatively affect many children, and parents have the right to be informed.

State Sen. Bob Wieckowski, a Democrat, is the author of a bill that calls for warning labels to be placed on any foods containing such dyes sold in the state of California.

He is hopeful his bill will pass sometime in 2022, resulting in packaging labels required in California as of January 2023.

“Why would you not warn people that this might have an adverse effect on their children?” he said, pointing out that his bill is not a ban on food dyes, only a requirement to disclose more information about them. “What type of legislator would say ‘keep it a secret’?”

What the science says

While artificial dyes are commonly found in candies, cereals and other foods in the U.S., they are scant in Europe.

That’s because synthetic dyes were all but eliminated from foods there after a 2007 study in the United Kingdom found a link between combinations of artificial food colorings and hyperactivity in children, even those without attention deficit hyperactivity disorder, or ADHD.

Dyes are not banned throughout Europe. But following the 2007 study findings, the European Union required products containing certain dyes to have a warning label saying they could have an adverse effect on children’s activity and attention spans.

Many manufacturers opted to remove synthetic food dyes for their European market instead of getting their products branded with the warning. As alternatives, they colored their foods with natural dyes, such as blackcurrant or spirulina concentrate.

Wieckowski’s bill aims to produce similar results, or at the very least, to educate parents.

To back his position, Wieckowski has presented evidence from what he says is the most comprehensive report on the connection between dyes and children’s behavior, composed by his state’s Office of Environmental Health Hazard Assessment.

The peer-reviewed report, released in April, compiles findings from human and animal studies on the health effects of food dyes dating from the 1970s through the present.

Researchers found that 64 percent of the 27 clinical studies analyzed showed an association between food coloring and children’s behavioral problems. Recent studies were more likely to show a correlation, with 5 out of the 6 studies done after 1990 reporting statistically significant results.

The review comes as ADHD diagnoses have risen dramatically: The percentage of U.S. children and adolescents diagnosed with ADHD increased from an estimated 6.1 percent in 1997 to 10.2 percent in 2016.

But like those in the U.K. study, the California researchers concluded that some children demonstrate more sensitivity to food dyes whether they have an ADHD diagnosis or not.

“The evidence supports a relationship between food dye exposure and adverse behavioral outcomes in children, both with and without pre-existing behavioral disorders,” the report read.

In a statement to NBC News, the FDA acknowledged that “some published data suggest that for certain susceptible children with ADHD and other problem behaviors, their condition may be exacerbated by exposure to several food substances, including, but not limited to artificial food colors, due to a unique intolerance or sensitivity.”

But the agency maintained that no cause-and-effect relationship had been found between color additives and hyperactivity in children in the general population, and suggested that any parents who wish to limit their children’s intake of synthetic dyes check food ingredient lists on labels.

Lisa Lefferts is a senior scientist at the Center for Science in the Public Interest, a consumer advocacy organization and watchdog of the food safety supply that is a co-sponsor of the California bill. She has called on the FDA for years to either revoke approval for dyes or to inform consumers about the risks from them.

“These aren’t vitamins. These aren’t nutrients,” she said. “These are cosmetics, often used to make unhealthy foods look more appealing to children.”

Yet teasing out the precise effect of dyes, even in the best-run clinical trials, can be tricky, said Dr. Sheela Sathyanarayana, a professor of pediatrics and environmental health sciences at the University of Washington and the Seattle Children’s Research Institute. Foods with artificial colors often have other additives, like sugar, that may influence behavior.

“I think it’s been part of the problem with studies that have been out there, is that they can’t really separate out those dyes from those, basically, processed foods, or foods with a lot of sugar,” she said.

Plus, she added, there are constraints to how the studies can be conducted.

“We can’t ethically expose kids to a bunch of dyes and see what happens,” she said.

Nonetheless, many families say they can pinpoint dyes as the cause of their children’s issues.

Françoise Dragonetti, of Shrewsbury, New Jersey, cut out dyes for her son, Oliver, about five years ago. Oliver had been struggling with impulsivity and anger and had been diagnosed with Tourette syndrome, a condition characterized by tics. Eliminating dyes helped to even out his mood, and also lessened his tics. 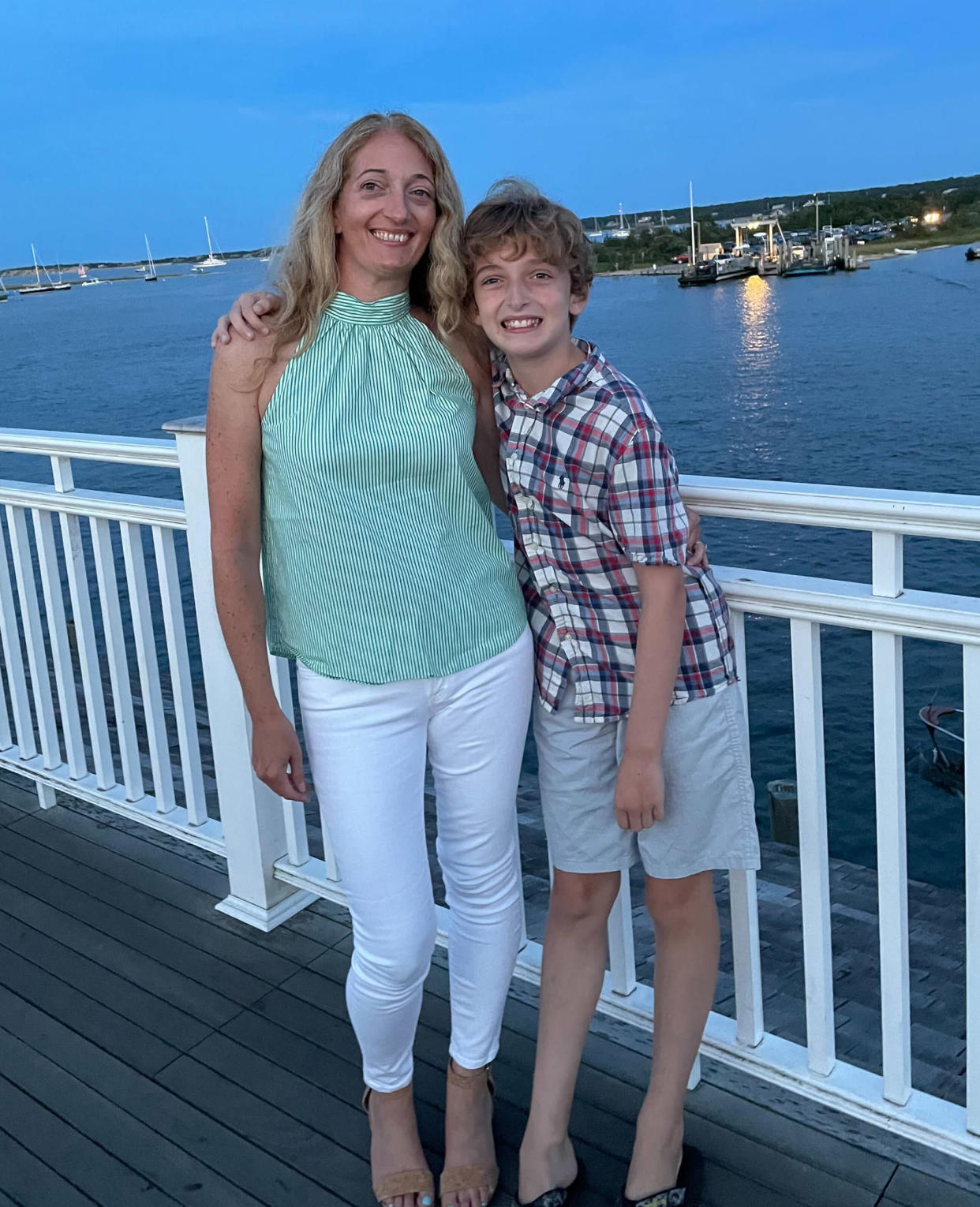 Dragonetti did not cut out other processed foods, though. She makes sure to have dye-free alternatives for Oliver, who is now 11.

“I make it my job to give him candy that he can have,” she said.

Excluding dyes requires a little extra work, Dragonetti said, but the payoff is worth it. Oliver received almost all high honors on his last report card, she said.

“With kids that have attention problems, this is such an easy thing that could change the child’s ability to focus and learn and socialize,” she said. “If they’re being aggressive, especially when they’re little, that really takes away from other kids wanting to be with them.”

Awareness about the potential harm of artificial dyes has grown in recent years.

On Facebook, there are numerous groups dedicated to dye-free diets for kids, some with nearly 10,000 members. Various brands and chains, including Trader Joe’s, Whole Foods and Aldi, have gone largely to entirely dye-free with their products.

The move away from artificial colors has not always been successful. In 2016, General Mills made a naturally colored Trix cereal, swapping out its famed neon fruity puffs for colors derived from purple carrots and turmeric. The new Trix prompted such an uproar among die-hard Trix fans that General Mills brought the artificial colors back. The re-introduction of the classic Trix was met with an "incredibly positive response" from consumers, according to a spokesperson for General Mills. (Naturally colored versions of their other cereals remained on the shelves.)

Lefferts feels natural dyes used overseas could have just as much appeal in the U.S.

“I think if American consumers understood that food dyes can really wreak havoc on children, they might not be so attached to having them,” she said.

Plus, it’s not always obvious that artificial colors are in products in the U.S., she said. Blue 1 is often in marshmallows to brighten their white hue. Yellow 5 and Yellow 6 are frequently in pickles. And artificial dyes are commonly used to color medication — including medication taken for attention deficit hyperactivity disorder.

She and others are hopeful California’s bill will have a national ripple effect. 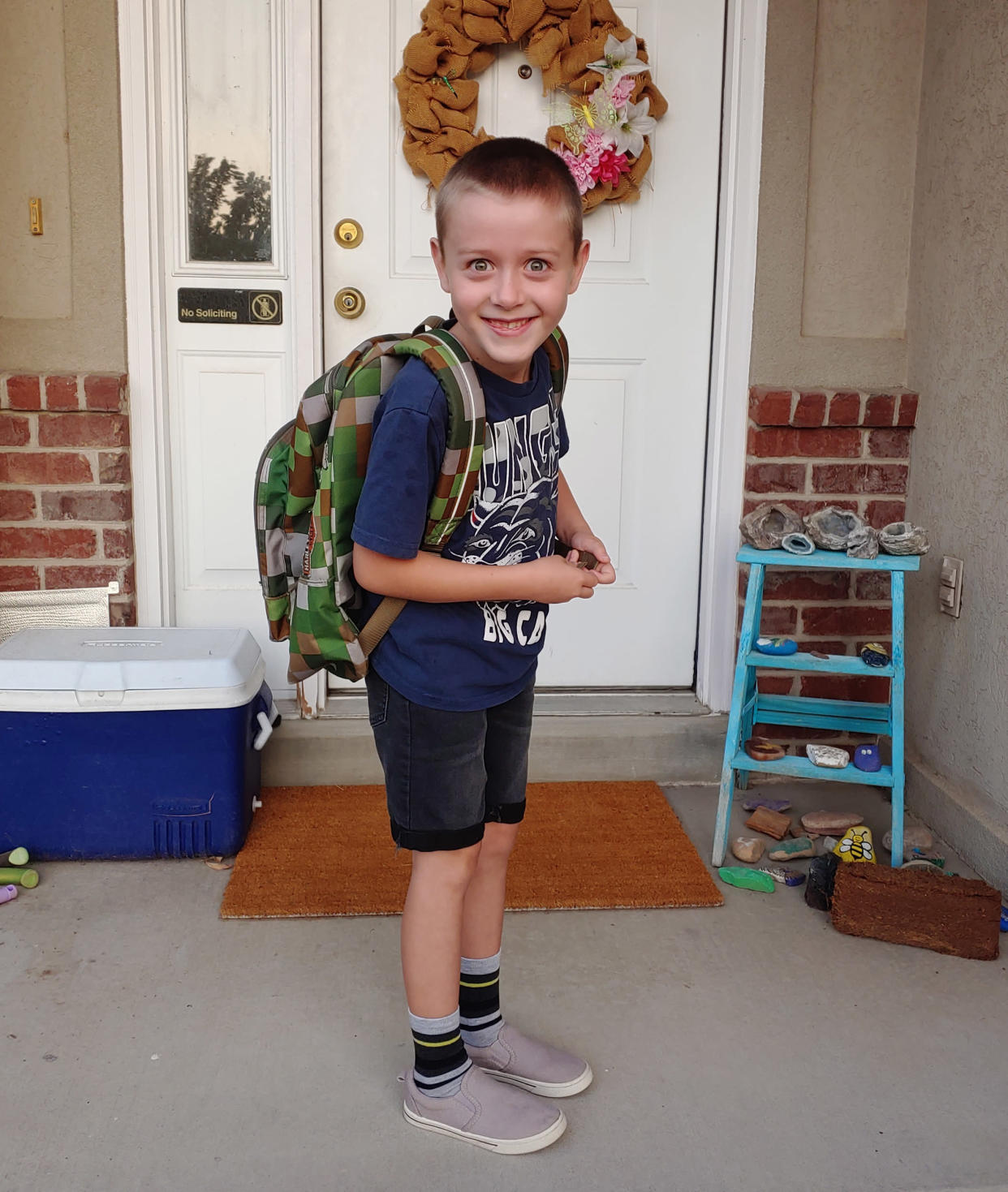 Snow, the Utah mother who eliminated dyes for her son, can attest to that.

Within several months of going dye-free, Evan, who is now in third grade, was able to go off one of his psychiatric medications. He no longer needs to attend therapy every week. Instead of feeling like she has to protect her three other children from him, Snow now sees Evan forming a strong bond with his siblings.

She sees differences in other areas of his life, too. Before he changed his diet, Evan had asked to have a birthday party. Snow wasn’t sure whom to invite; Evan was so violent at school that he had no friends.

Now, “he has friends all over the place,” she said. “It has been an overwhelming self-esteem change.”