Is it time for the #MenToo movement? How psychologist believes the rise of ‘male bashing’ could be down to the ‘destructive’ feminist movement

Psychologist Bettina Arndt has claimed that the global #MeToo feminist movement has granted women a license to ‘destroy’ men.

The psychologist and author controversially blamed the feminist movement for throwing false accusations of rape and violence at men on Tuesday.

The author went as far as to label feminism as a ‘destructive force in our society’. 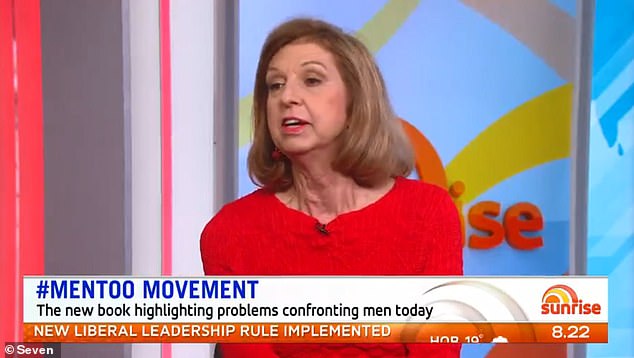 She went on tell Sunrise co-hosts Samantha Armytage and Natalie Barr that feminism has ‘gone off the rails’ and is ‘all about rules and regulations to advantage women at the expense of men.’

The female MP took offense to the comment and Manitoba MP James Bezan later made a public apology, calling it ‘inappropriate and flippant.’ 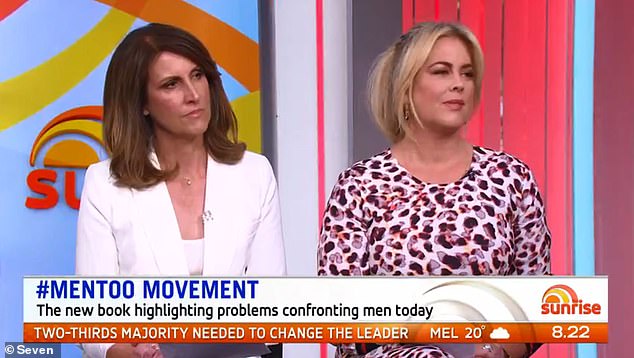 Ms Arndt referred to the entire incident as ‘madness’ and a ‘trivial’ accusation.

Sunrise co-host Samantha Armytage agreed that the men she ‘knows and loves’ are ‘scared at the moment.’

The #MeToo movement, which started going viral in October 2017, is a global action against sexual harassment and sexual assault.

It was started to give women the confidence to speak out about the sexual abuse and inappropriate behaviour they had to endure at the hands of the opposite gender.

The popular hashtag has flooded social media platforms with women speaking out about their often traumatising experiences.

The hashtag was sparked after the emergence of shocking sexual harassment allegations made against American film producer Harvey Weinstein, during which dozens of women came forward about Weinstein’s sexual misconduct spanning three decades.