Boris Johnson and Rishi Sunak have been mocked on social media for a bizarre photo showing them posing with electric car charging guns yesterday.

The PM and Chancellor made a joint visit to green energy company Octopus Energy in London on Monday, as part of Mr Johnson’s drive to make UK ‘the Saudi Arabia of green energy’.

However, internet users were quick to poke fun at a photo of the politicians posing with an electric car charger during their visit.

Mr Johnson, seemingly enthralled by his new toy, brandished the charger like a weapon while Mr Sunak stood to the side with an awkward smile on his face, looking far less impressed with his smaller gun.

The posing politicians drew comparisons to Ghostbusters and James Bond as the photo became a subject of ridicule online, with users sharing memes and jokes.

While a third joked: ‘I don’t think much of the Batman & Robin reboot.’ 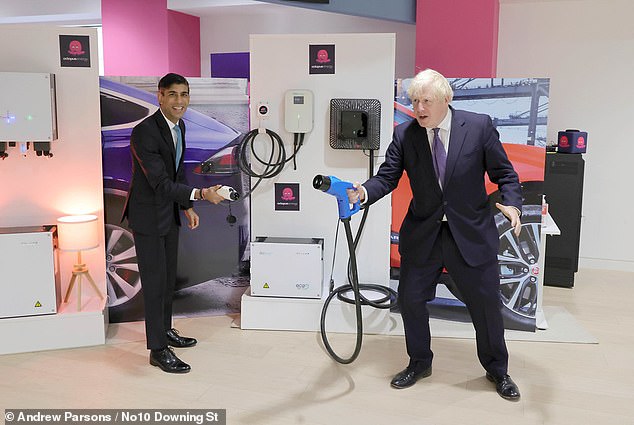 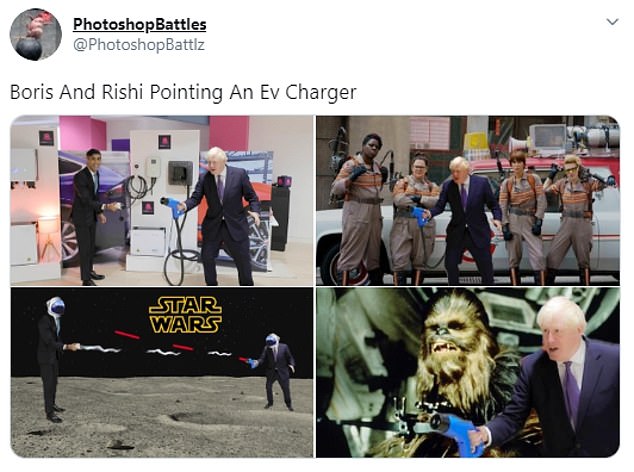 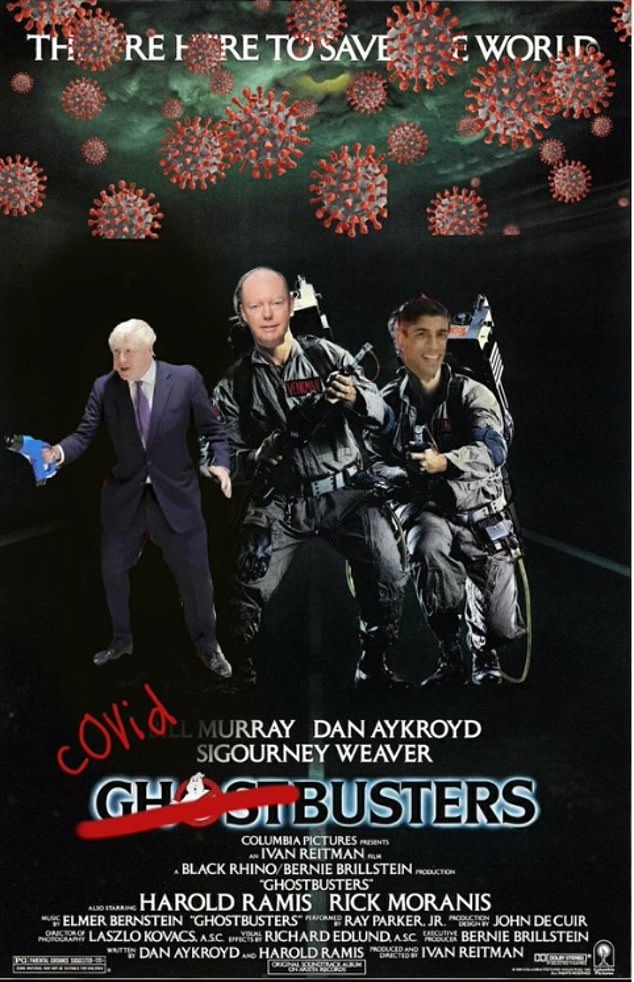 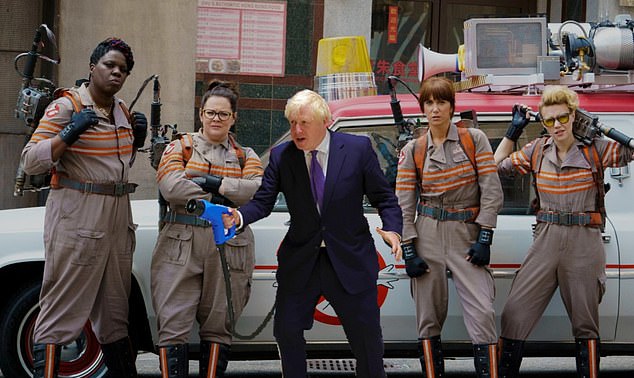 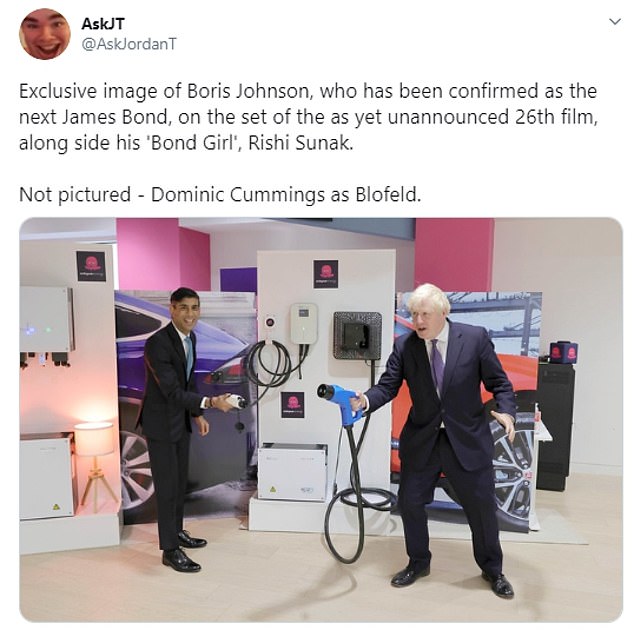 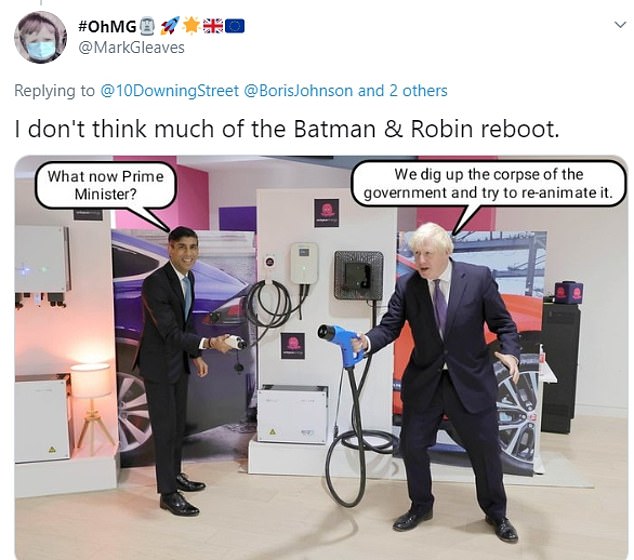 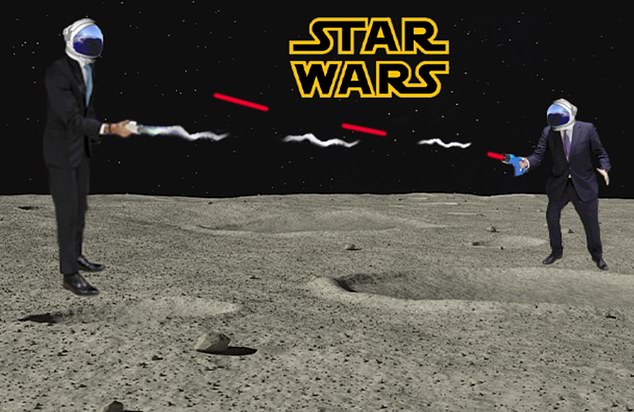 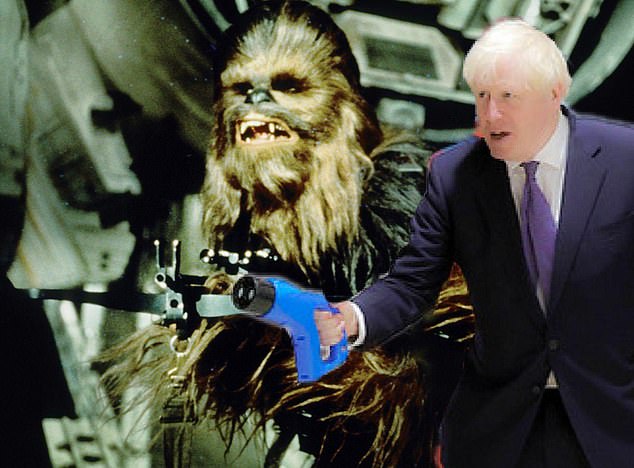 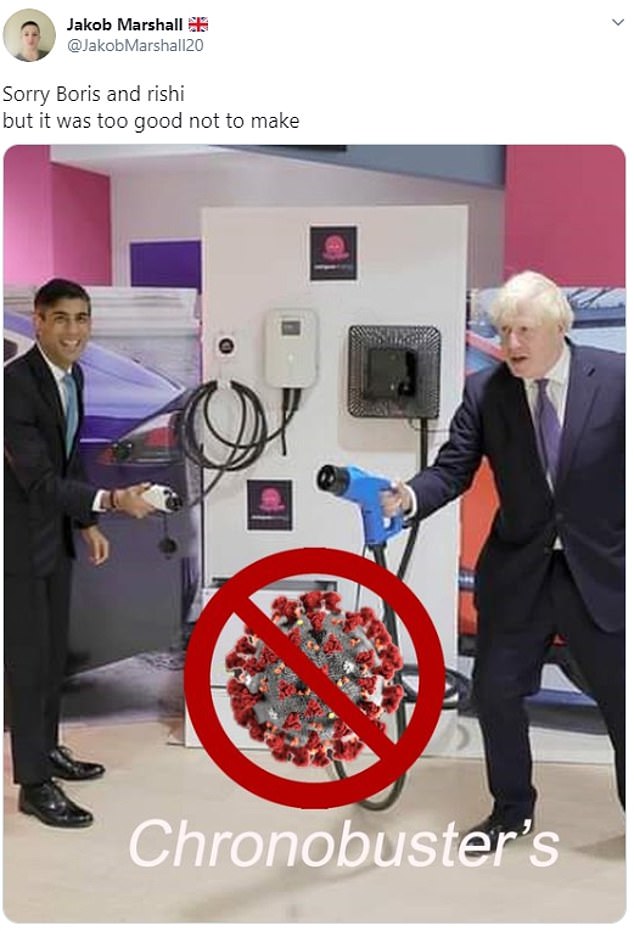 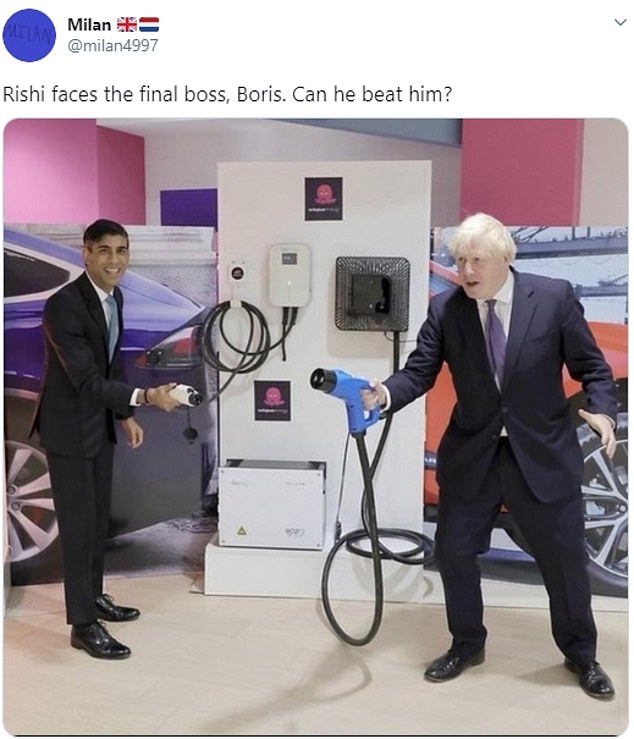 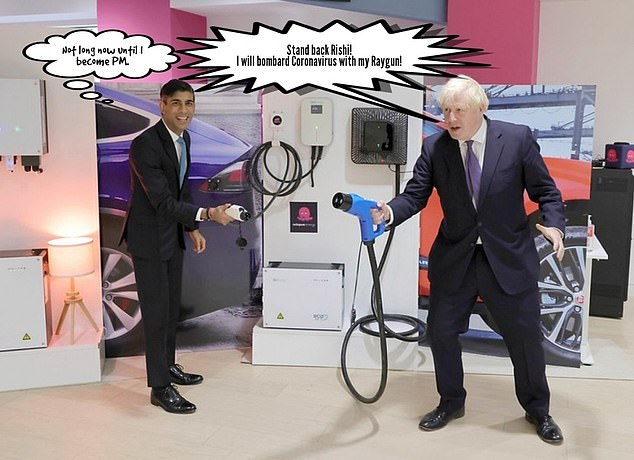 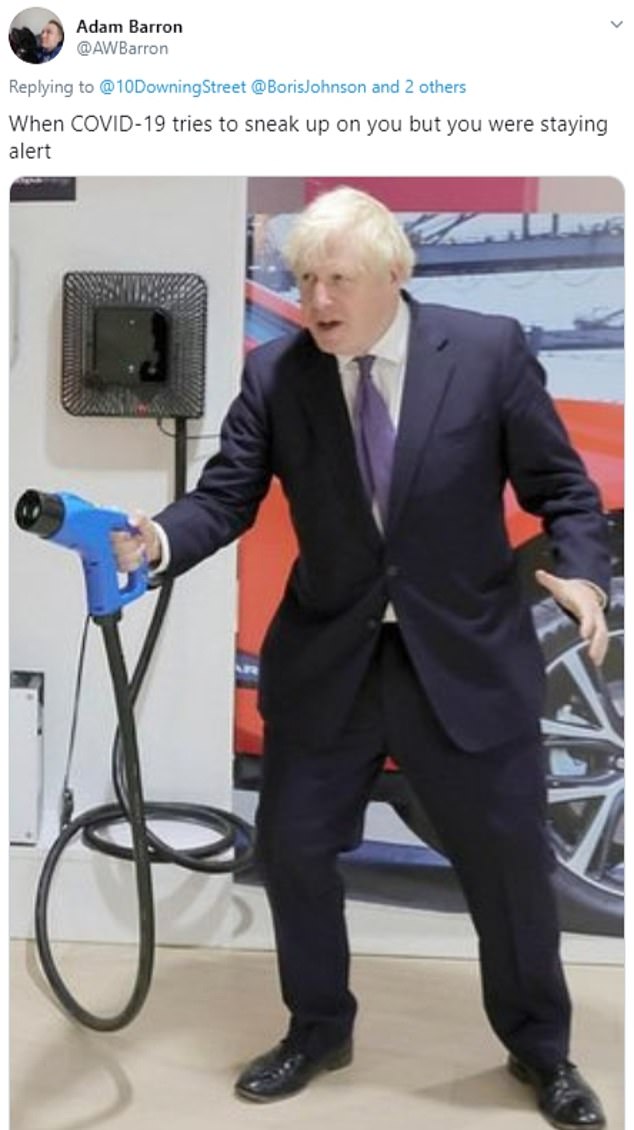