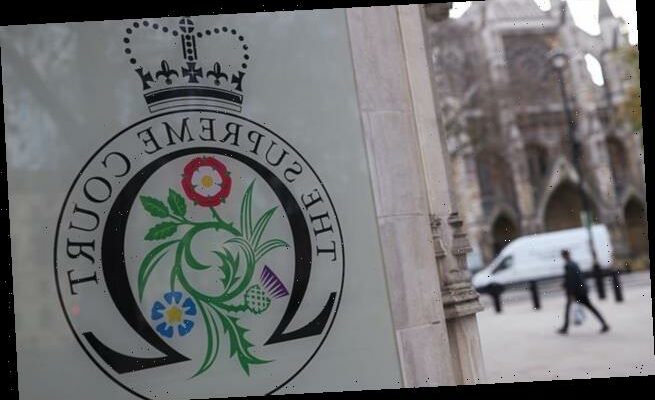 Insurance firms MUST pay out to firms that lost cash to Covid: Victory for up to 370,000 small businesses that had claims rejected during first outbreak in landmark £1.2bn Supreme Court ruling

Tens of thousands of small businesses will now receive insurance payouts worth as much as £1.2billion to cover losses in the first national lockdown following a landmark Supreme Court ruling this morning.

Cafes, pubs, beauty parlours and wedding planners are among the 370,000 businesses that could benefit from the payouts. It is unclear if any of the payouts will go to customers who have had their events cancelled.

Britain’s highest court has ‘substantially allowed’ an appeal by the Financial Conduct Authority over the wording of business interruption insurance policies, which some insurers argued did not cover the Covid-19 pandemic.

The City watchdog previously said it was bringing the legal action following ‘widespread concern’ over ‘the lack of clarity and certainty’ for businesses seeking to cover substantial losses incurred by the pandemic and subsequent national lockdown.

In September, the High Court ruled on several ‘lead’ insurance policies issued by eight separate insurers largely in favour of the FCA, which welcomed the judgment as ‘a significant step in resolving the uncertainty being faced by policyholders’.

The regulator, however, argued the judgment ‘paved the way for many insurance policies to pay indemnities on Covid-19 business interruption claims’, but also ‘took something away with one hand after giving more substantially and in detail with the other’.

Six of the insurers – Arch, Argenta, Hiscox, MS Amlin, QBE and RSA – also appealed against aspects of the High Court’s ruling, as did the Hiscox Action Group, which represents around 400 businesses insured by Hiscox.

In November, the UK’s highest court heard ‘leapfrog’ appeals – which have bypassed the Court of Appeal – in a case which could have implications for hundreds of thousands of businesses affected by coronavirus.

Announcing the Supreme Court’s ruling on Friday, Lord Hamblen said: ‘The appeals of the Financial Conduct Authority and the Hiscox Action Group are substantially allowed and the insurers’ appeals are dismissed.’

Summarising the Supreme Court’s decision in relation to ‘prevention of access clauses’ – which are triggered by ‘public authority intervention preventing access to, or use of, the business premises’ – Lord Hamblen said the High Court’s interpretation was ‘too narrow’.

The judge said: ‘An instruction given by a public authority may amount to a ‘restriction imposed’ if it carries the imminent threat of legal compulsion or is in mandatory and clear terms and indicates that compliance is required without recourse to legal powers.’

In a written ruling, Lord Hamblen and Lord Leggatt – with whom Supreme Court president Lord Reed agreed – concluded: ‘Although we have accepted some of the insurers’ arguments on their appeals, in no case has that affected the outcome of the appeal. It follows that the insurers’ appeals are dismissed.’

In a separate concurring judgment, Lord Briggs – with whom Lord Hodge agreed – said: ‘On the insurers’ case, the cover apparently provided for business interruption caused by the effects of a national pandemic type of notifiable disease was in reality illusory, just when it might have been supposed to have been most needed by policyholders.

‘That outcome seemed to me to be clearly contrary to the spirit and intent of the relevant provisions of the policies in issue.’

In a statement after the ruling, Sheldon Mills, executive director of consumers and competition at the FCA, welcomed the decision, saying the judgment ‘decisively removes many of the roadblocks to claims by policyholders’.

He added: ‘We will be working with insurers to ensure that they now move quickly to pay claims that the judgment says should be paid, making interim payments wherever possible.

‘Insurers should also communicate directly and quickly with policyholders who have made claims affected by the judgment to explain next steps.

Richard Leedham, a partner at law firm Mishcon de Reya who represented the Hiscox Action Group (HAG), said: ‘This is a landmark victory for a small group of businesses who took on a huge insurance player and have been fully vindicated.

‘What is important now is that Hiscox accepts the Supreme Court’s verdict and starts paying out to its policy holders, many of whom are in danger of going under.’

Mr Leedham – who acted for HAG, which represents around 400 businesses insured by Hiscox – added: ‘Today’s outcome is one of the most significant for business in modern times.

‘The result should leave Hiscox and the rest of the insurance industry in no doubt that they should immediately start doing the right thing and settle these claims.’