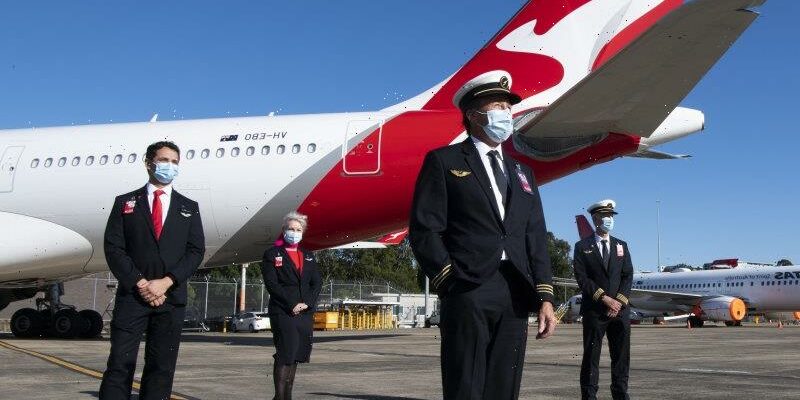 Captain Phil Paterson will never forget the looks of gratitude on their faces.

As he prepared to pilot a Qantas flight from South Africa to Australia during the early days of the coronavirus pandemic, Captain Paterson watched hundreds of anxious passengers file aboard.

"You could tell they were pretty pleased to be getting out because seat numbers were limited," he said. "It was good to be part of that because you knew you were helping out in a small way." 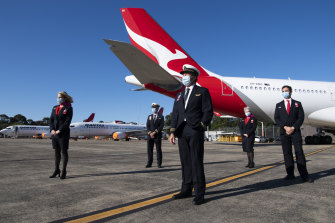 Since that moment in April last year, Captain Paterson has flown about 15 of the 160 Qantas repatriation flights into Australia, leading to him spending four months of this year isolating in quarantine. The veteran Boeing 787 pilot has played an integral part in Qantas returning 26,000 people home on government-subsidised flights, although tens of thousands of Australians remain stranded overseas due to strict arrival caps.

Some rescue missions have been complex logistical challenges because the airline has no presence at many of the locations, such as Buenos Aires, Islamabad and Istanbul. At times an aircraft’s entourage included loading supervisors, customer service teams and engineers to safely uplift passengers from a foreign base.

In the past few weeks Captain Paterson has flown planeloads of Afghan refugees escaping the Taliban out of Australia's Defence Force base in the Middle East.

"It wasn’t until we saw the first load of passengers arrive at the aircraft in a bus and board that you saw the human side of it," he said.

"You couldn't help but wonder where they’d come from, what sort of traumatic experience they'd gone through to get through Kabul airport."

Flight attendant Claudine Peats has also flown dozens of the flights during the “crazy period” of the past 18 months. She is grateful to play a part in helping people get home.

"Passengers get on board and have this sense of relief. You can see their excitement when we take off in their eyes," she said. 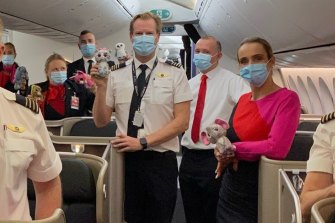 Flight attendant Claudine Peats, far left at back, and Captain Phil Paterson, centre, with some soft toys his wife packed for Afghan refugee children on a recent flight to Australia.

Ms Peats said the recent Afghan refugee flights have been "very emotional" because of passengers' trauma and physical injuries.

"It is so rewarding," she said. "I had tears of happiness that I was able to be part of rescuing them."

This month Qantas is operating a record 19 repatriation flights – a mixture of Afghan refugees and pandemic-related passengers.

But for every relieved Australian who snags a flight home, there are thousands still stranded overseas. 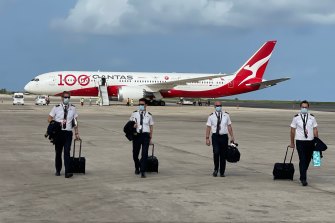 The cap on arrivals has made it commercially unviable for some airlines to fly here. Any flights that do arrive contain only a handful of passengers who pay elevated fares to cover the cost of flying near-empty aircraft.

Captain Paterson pointed to the hotel quarantine "choke point", noting that the number of people permitted to arrive each week is "dictated by the state quotas".

"Hopefully [borders] start to open up and commercial flights get put back on, which should significantly increase the seats available to get home," he said.

Strict quarantine requirements around the world mean air crew have spent a lot of time alone.

“I’m one of the lucky ones. I have colleagues who fly different type of airplanes who haven’t flown for 18 months,” Captain Paterson said.

As he begins another stint in quarantine at Darwin's Howard Springs facility, Captain Paterson looks forward to hugging his kids again and walking on the beach with his wife.

Despite the challenges of frequent isolation, Ms Peats said smiling passengers make the tough times worth it.

"I would not change this for anything. This is our job and I thoroughly enjoy it," she said. "In years to come we’ll look back on this and talk about it. We’re part of history."