An urban explorer claims he filmed inside the dilapidated farmhouse in Norfolk, which has been left empty since the murder in 1999. 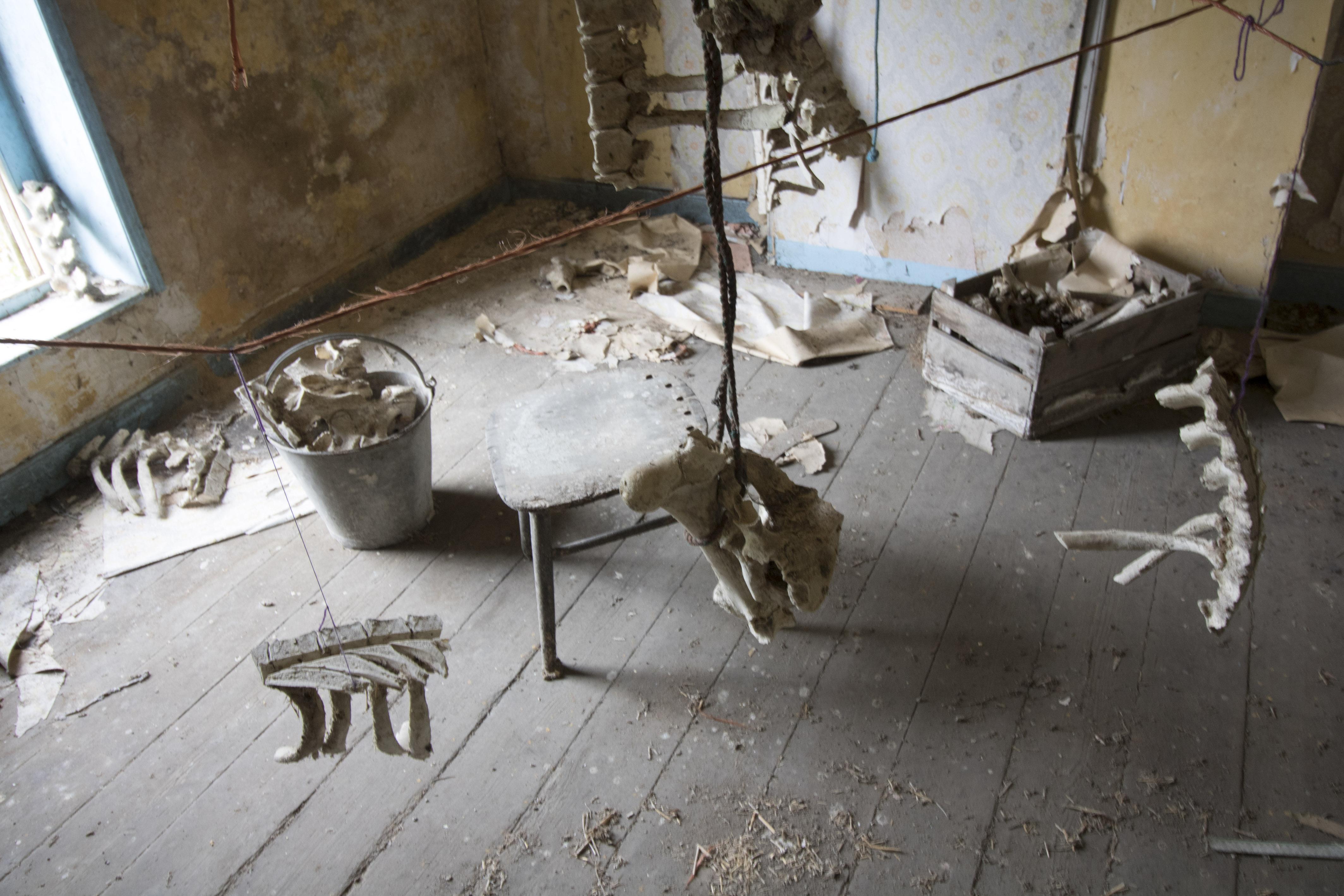 Ivy can be seen creeping up the crumbling brick buildings of secluded Bleak House – with the windows shrouded in steel shutters masking the grisly secrets within.

As the explorers continue upstairs, they are confronted by a harrowing pile of animal bones hanging from a piece of string from the bathroom ceiling.

It isn't clear how the bones made their way into the run-down property or who strung them up. 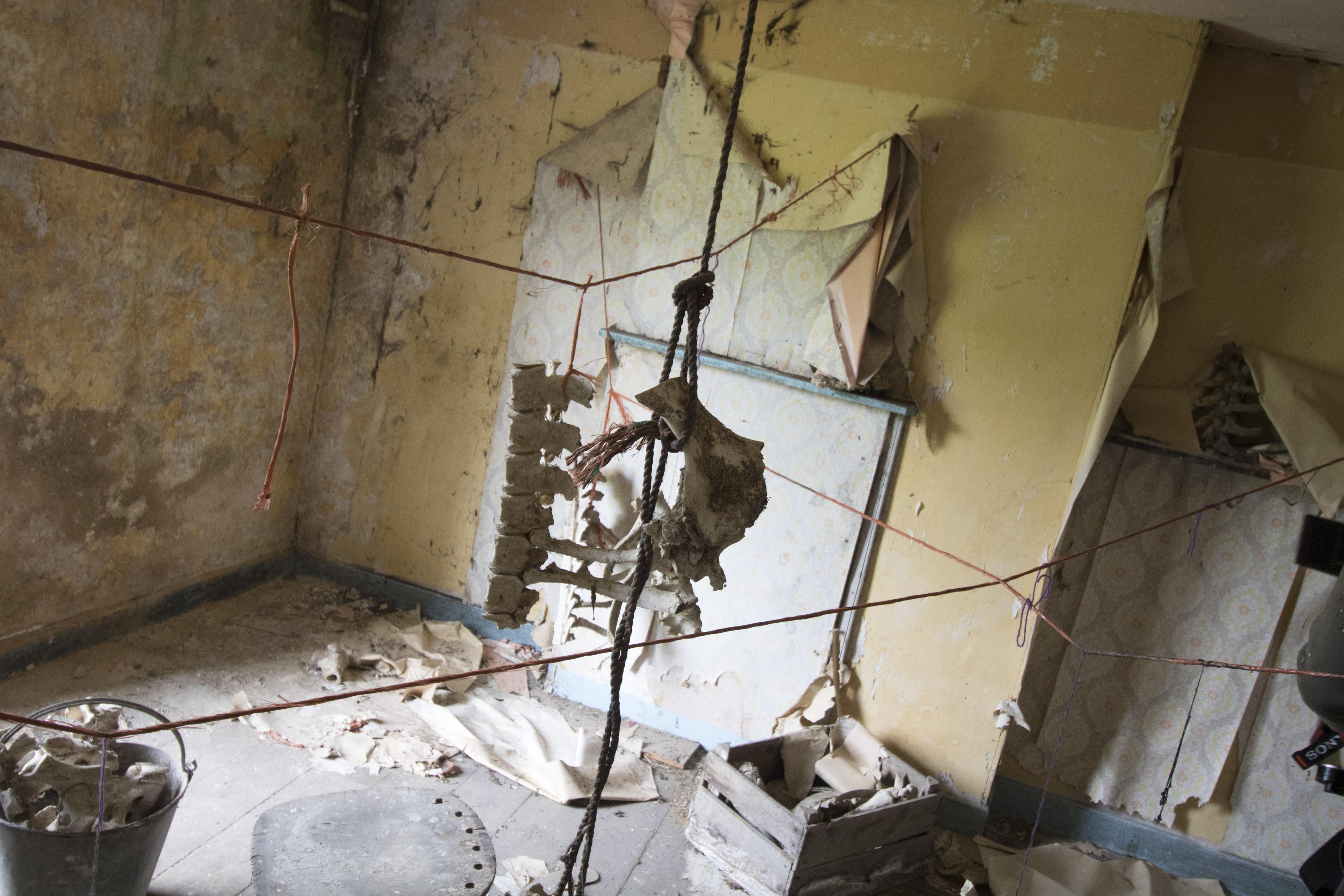 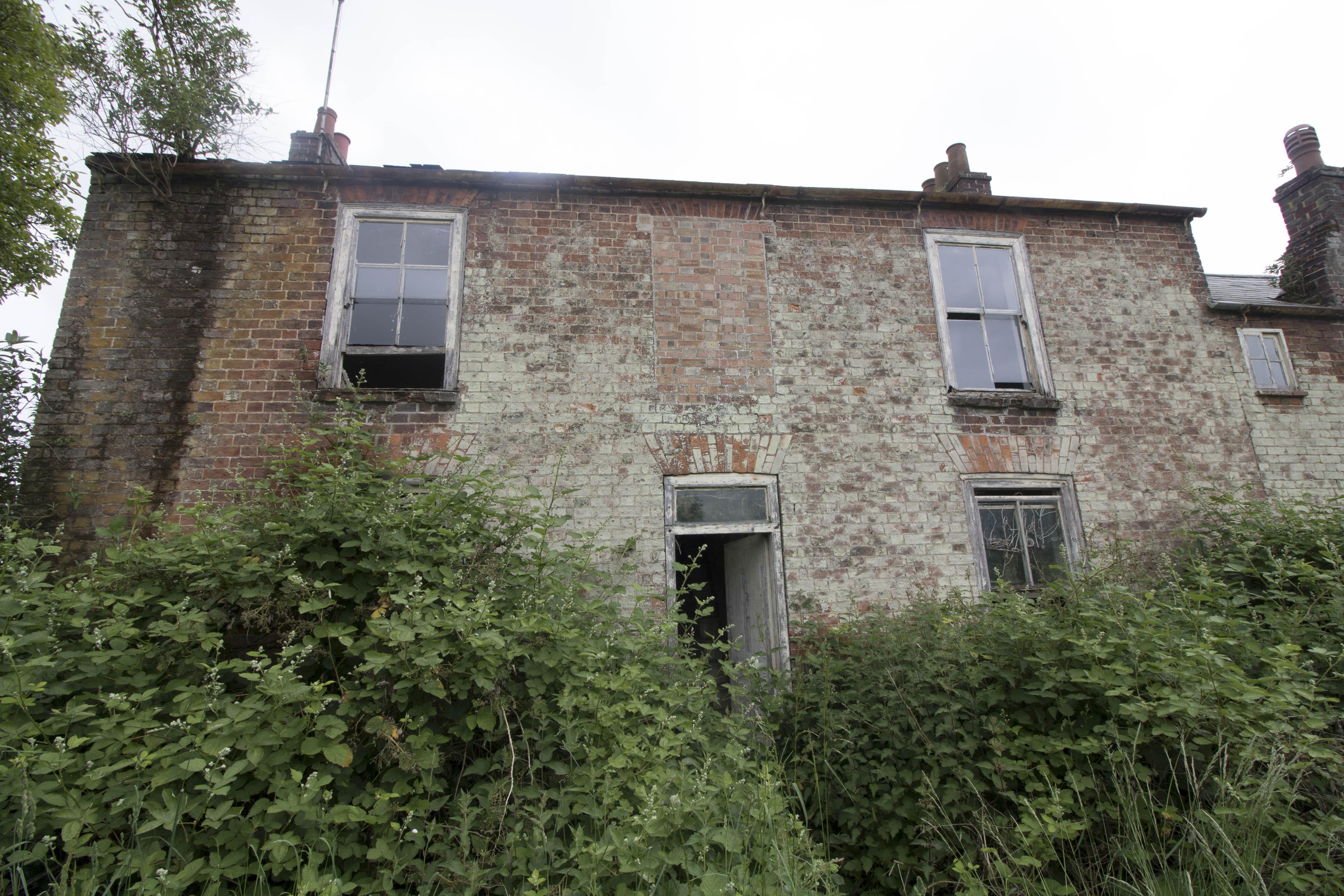 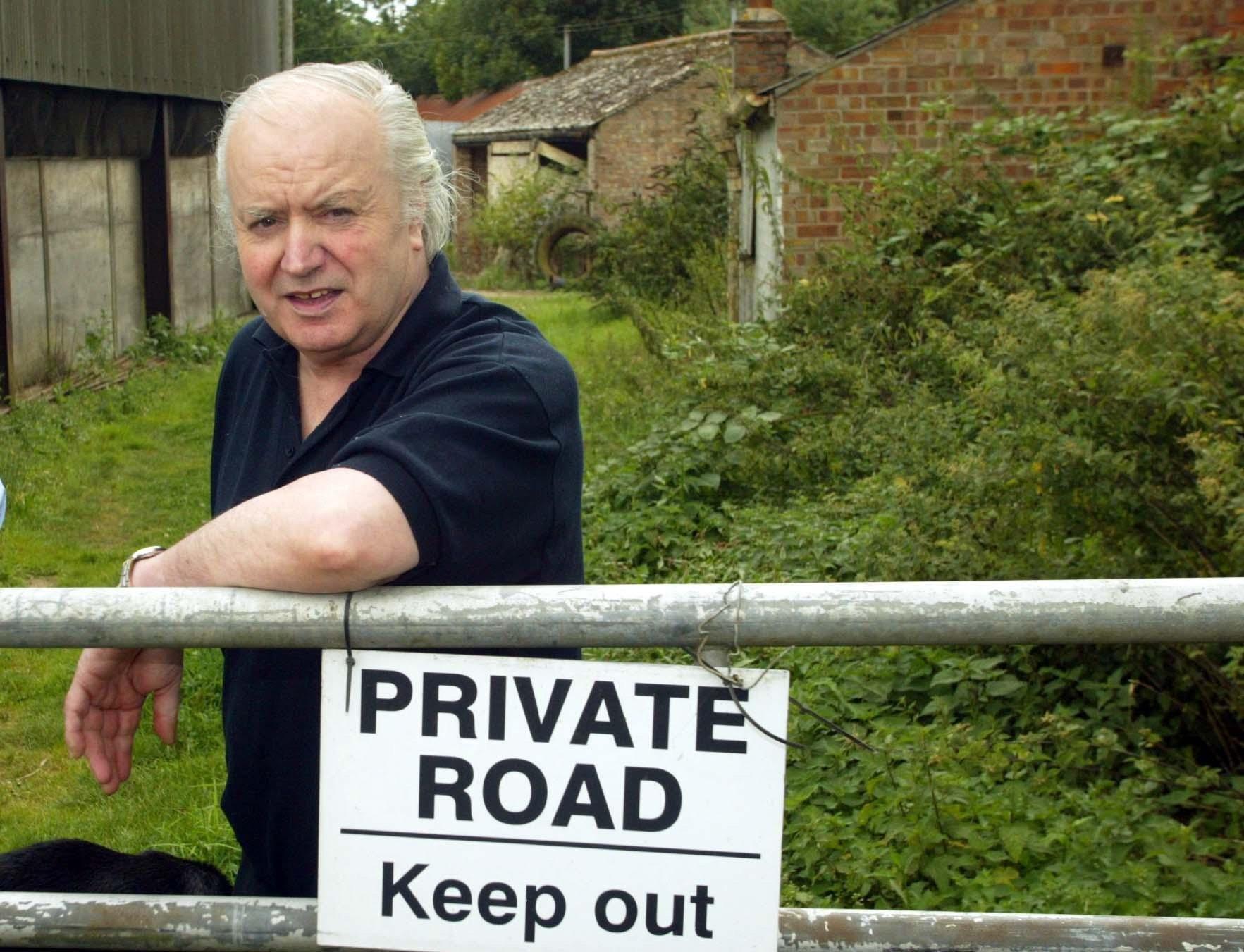 The creepy footage also shows cars left to rot in a damp-ridden garage and wallpaper peeling from the mouldy hallway.

Rusty farm vehicles have long been abandoned in the sea of long grass on the plot in Emneth Hungate, where bachelor Martin had spent 20 years living in isolation.

The explorer said: “We spotted the house whilst on holiday and decided to explore it without realising whose house it was.

“The bones around the place made the house seem like it was something out of Texas Chainsaw Massacre.

“I don’t think I will be going back, I felt so intimidated and scared whist we were there." 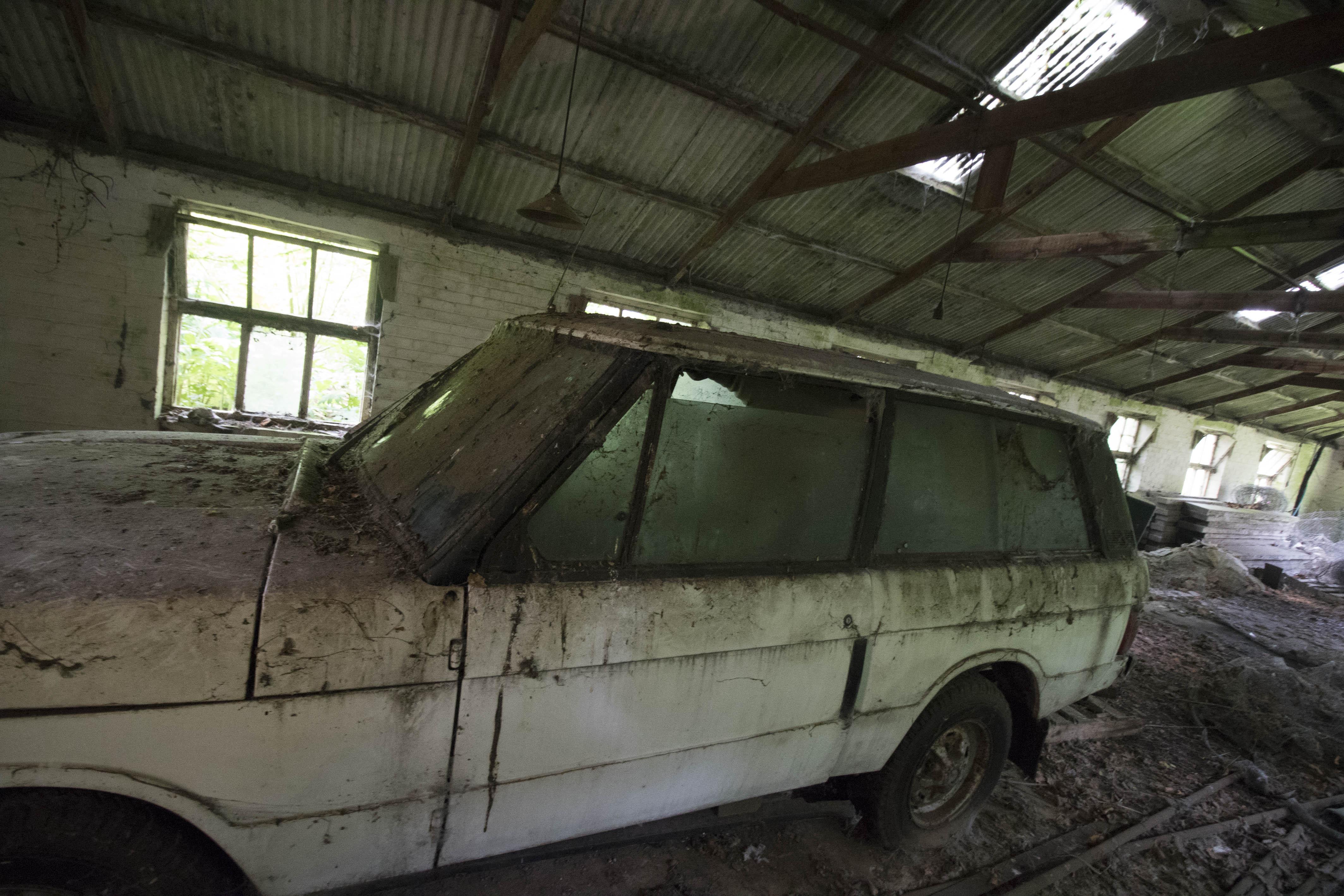 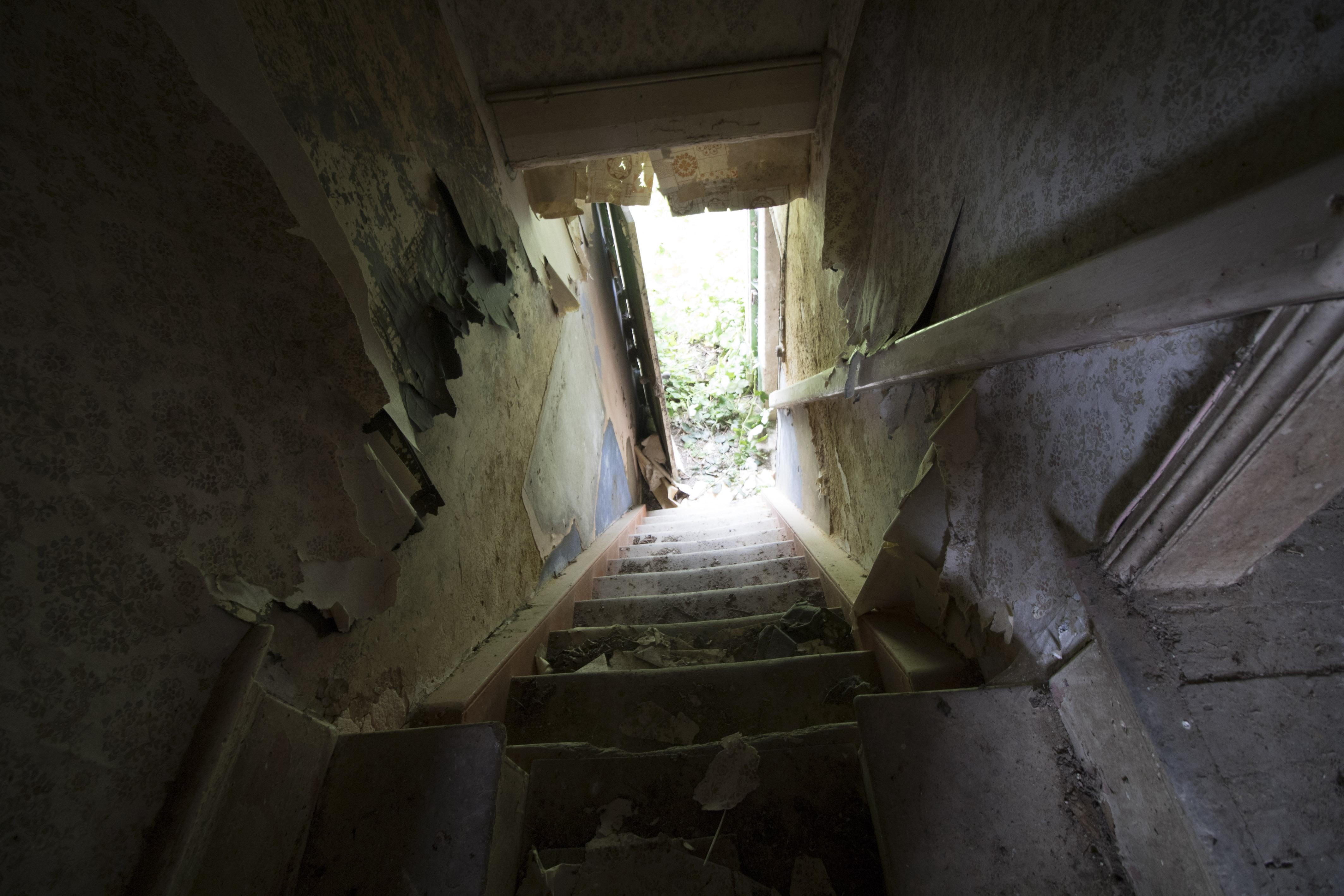 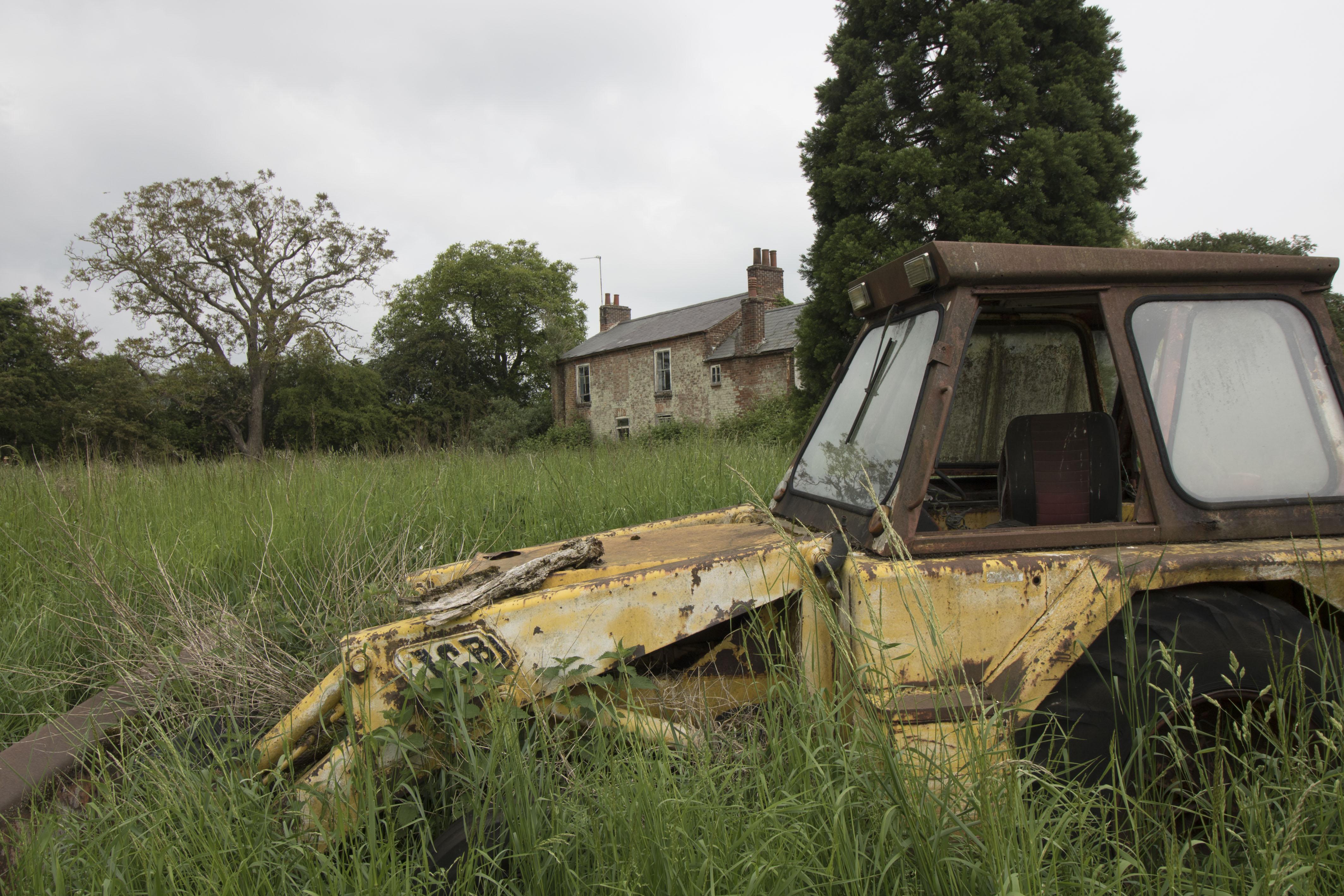 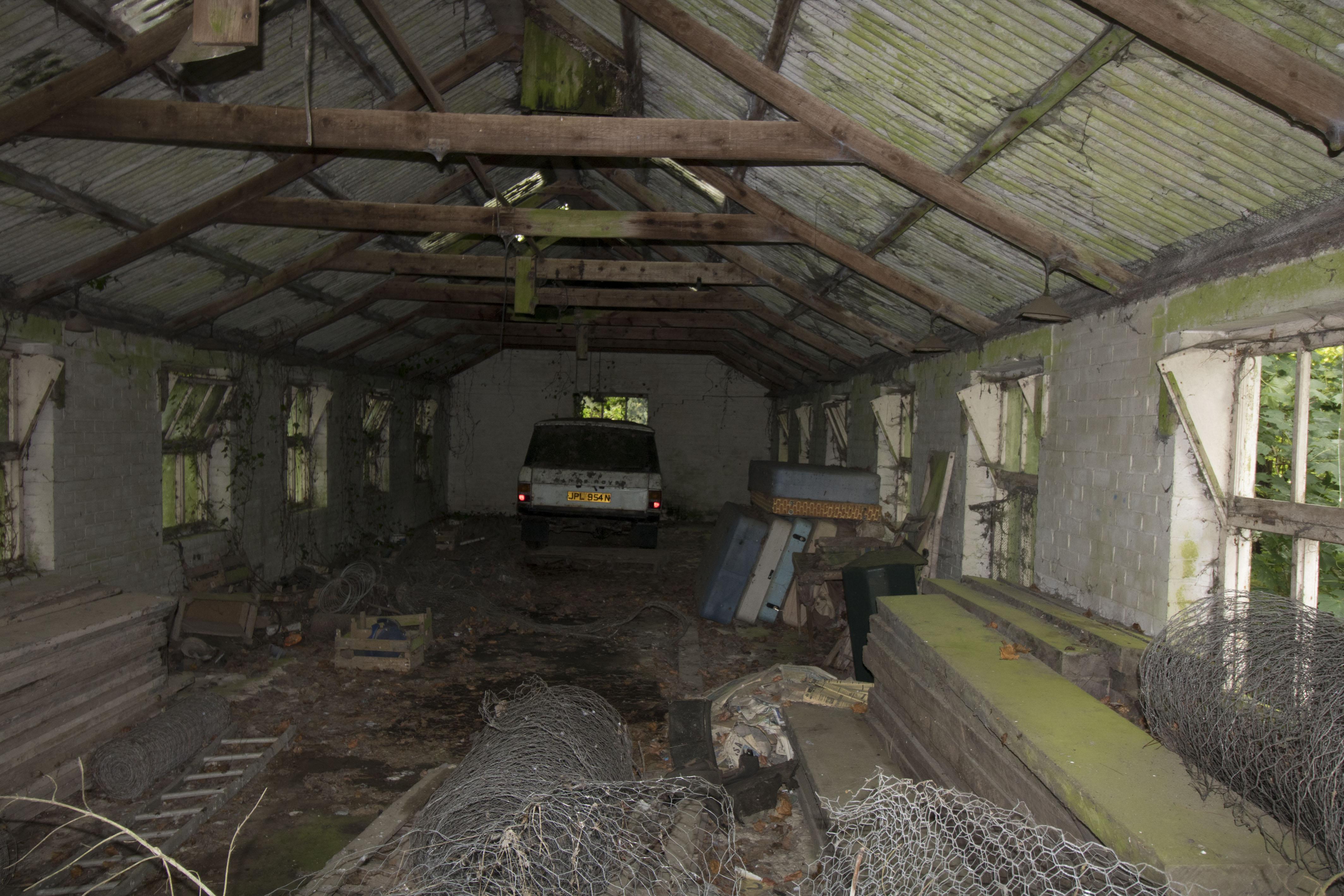 At the time of the killing, Martin had complained about police inaction over at least ten burglaries — in which he lost £6,000 worth of furniture.

Armed with a baseball bat and chisel, Barras and Fearon, 29, had got in through a window and were blasted three times.

Both fled through the window, with Barras dying in the grounds. 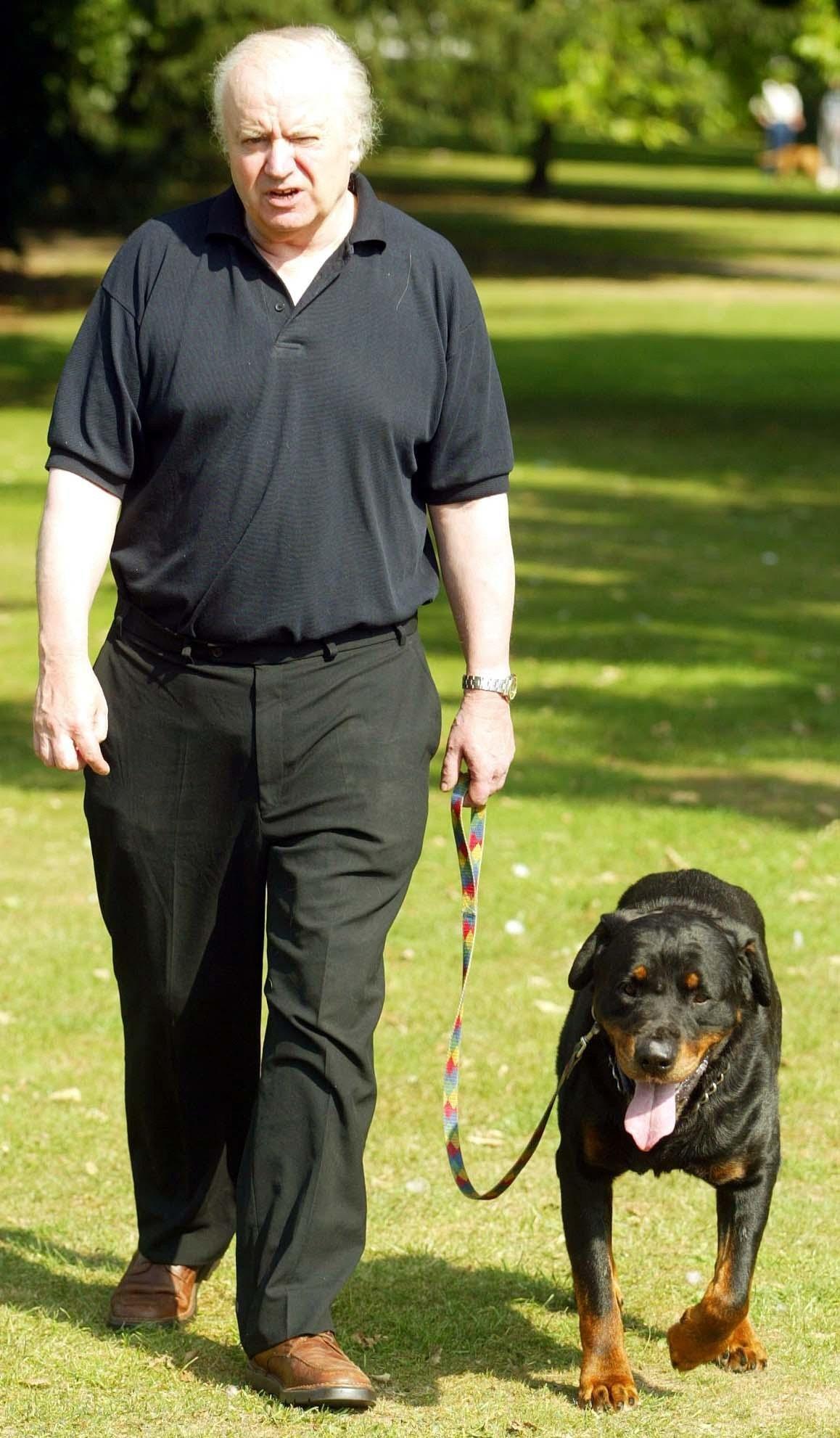 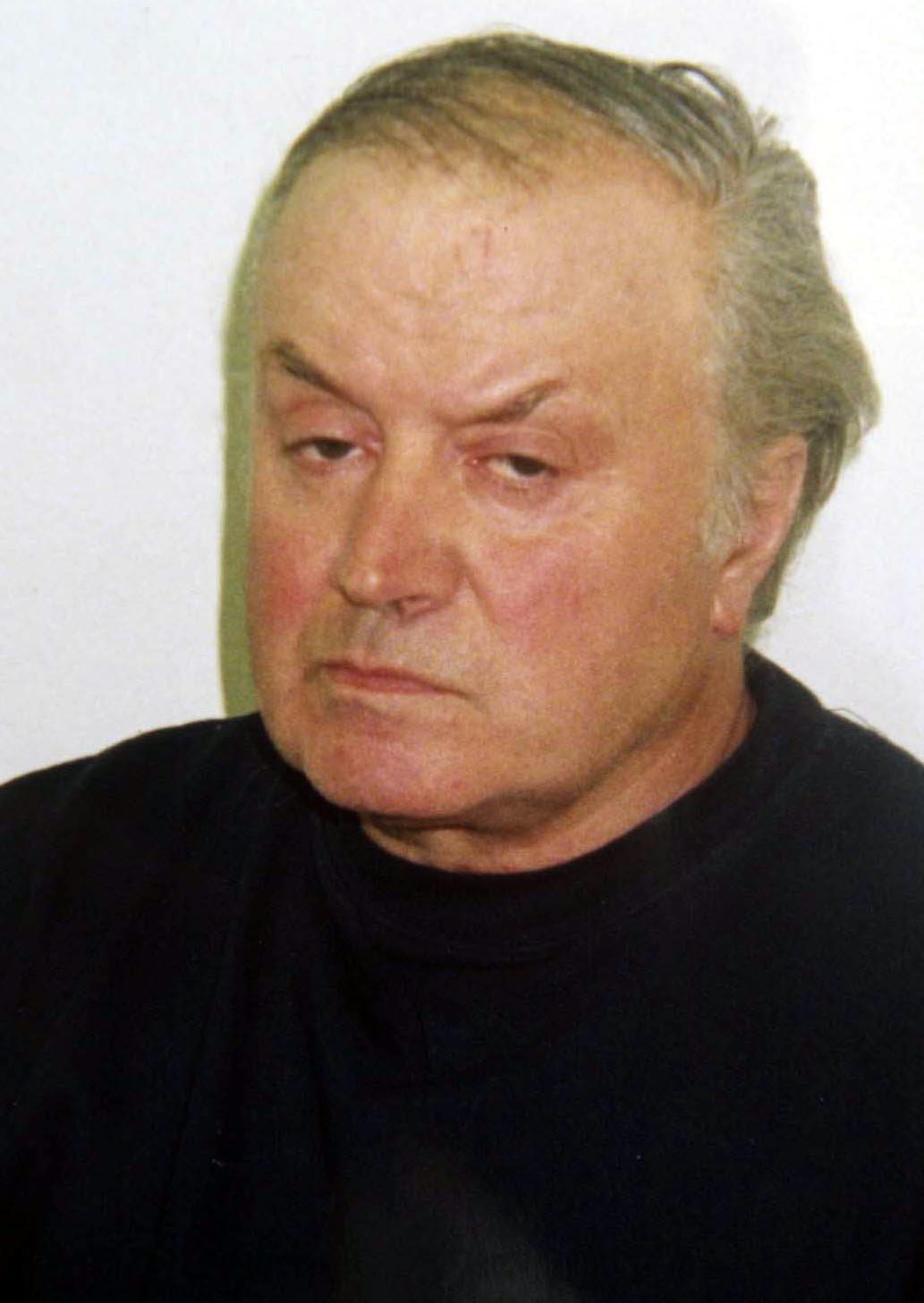 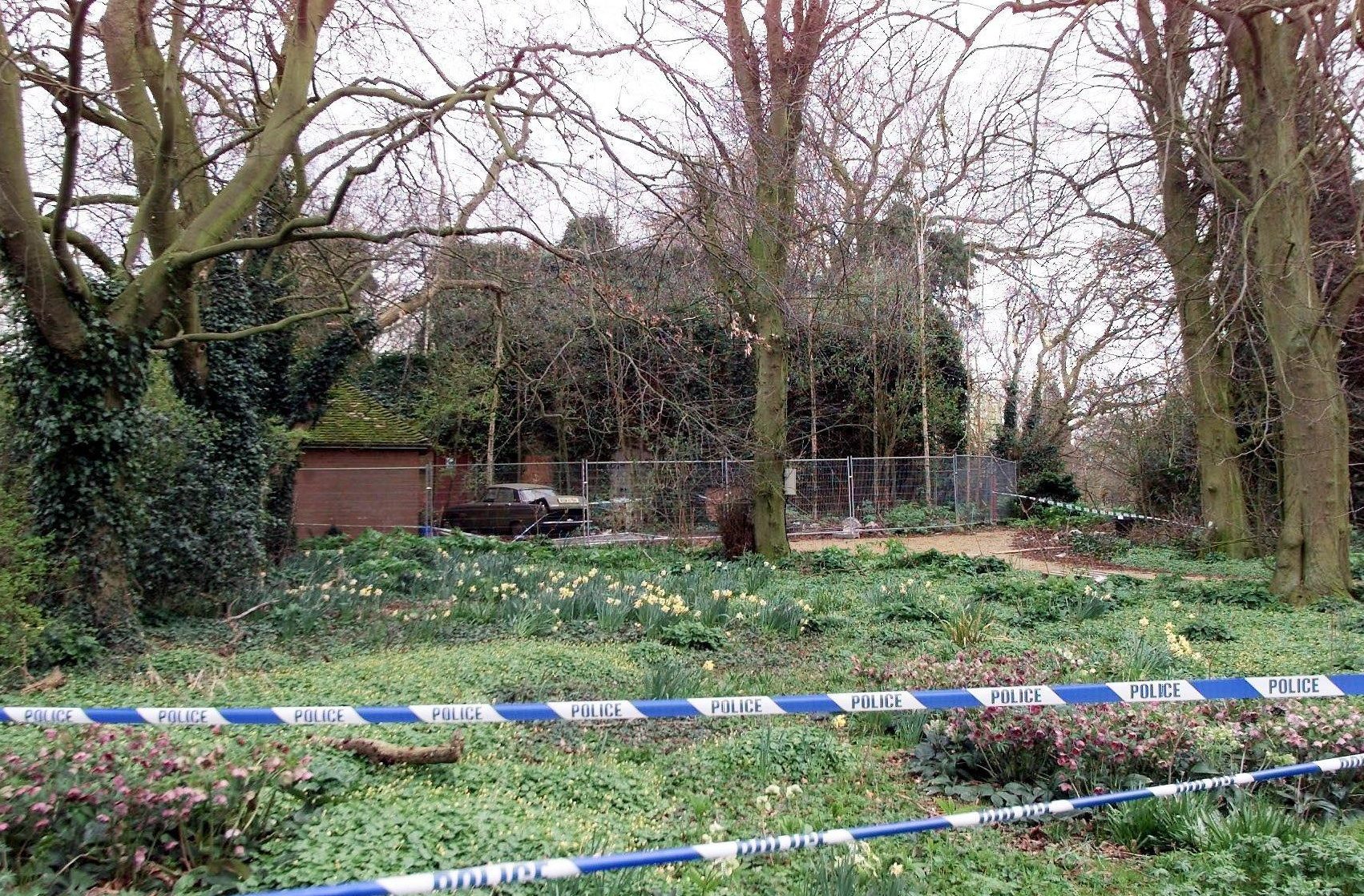 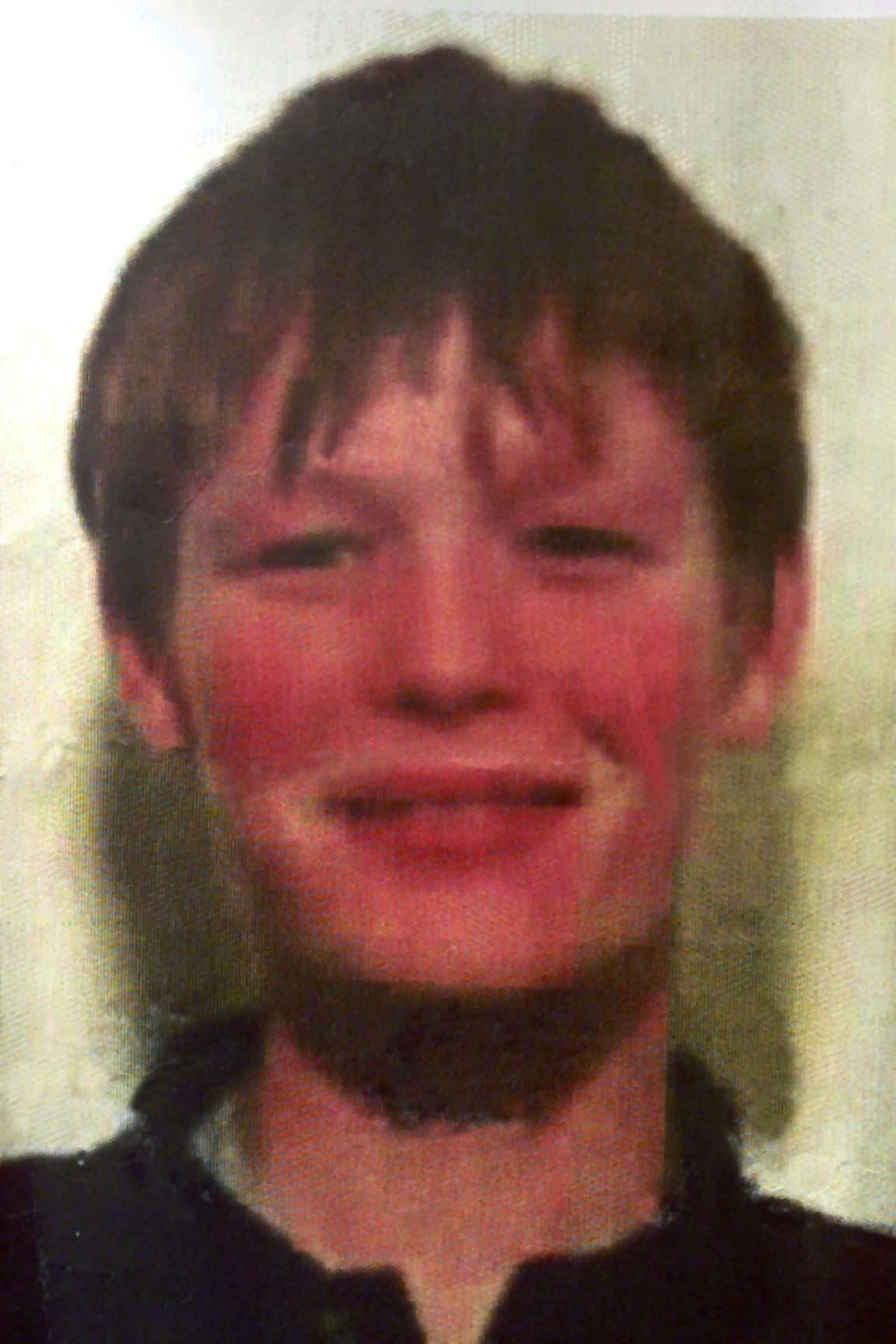 The subsequent court case divided the nation over whether the oddball loner used excessive force to defend himself – or if he was simply protecting his home.

At his trial, the jury found him guilty of murder by a 10 to 2 majority, finding there was intent to kill, and he was sentenced to life imprisonment. 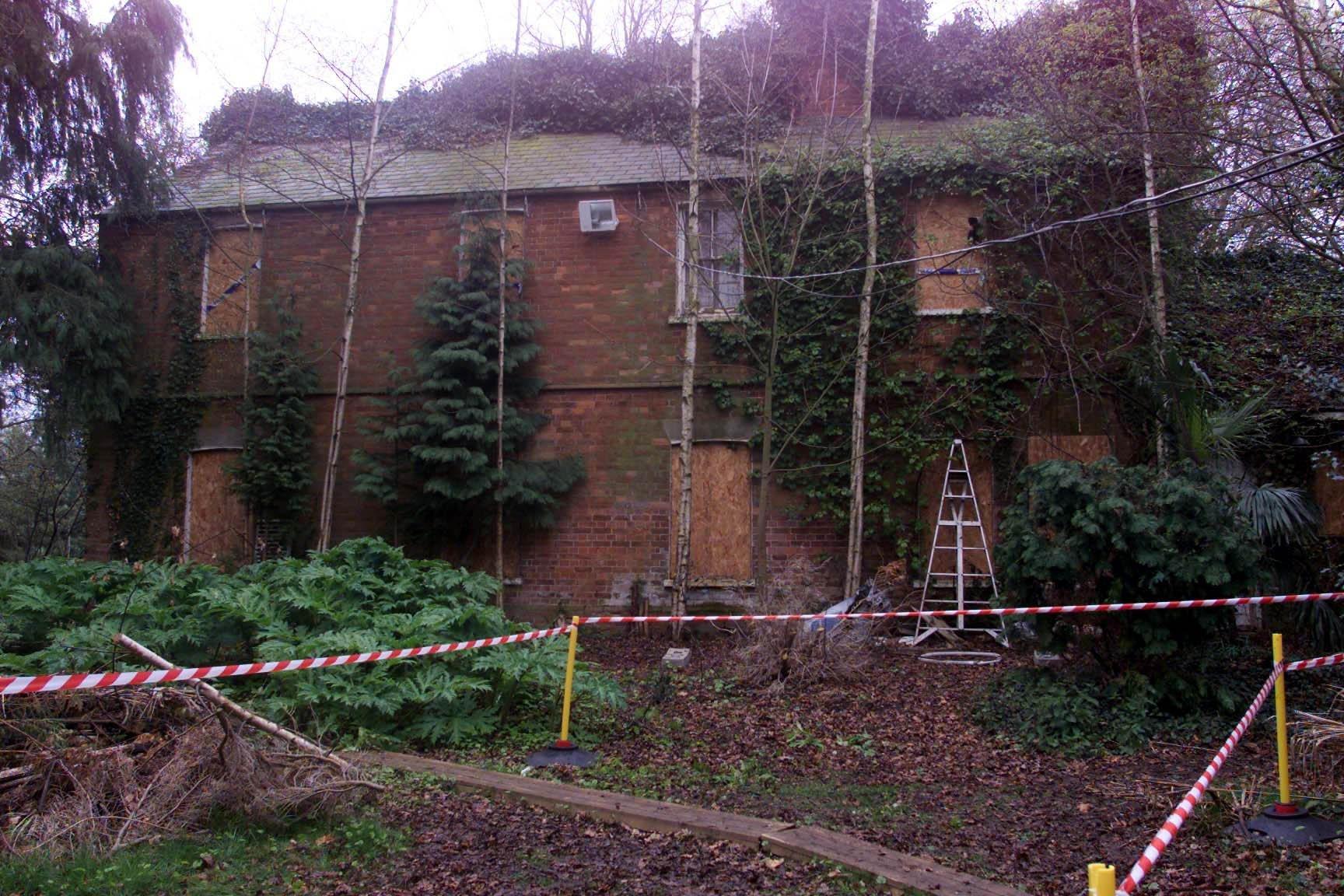 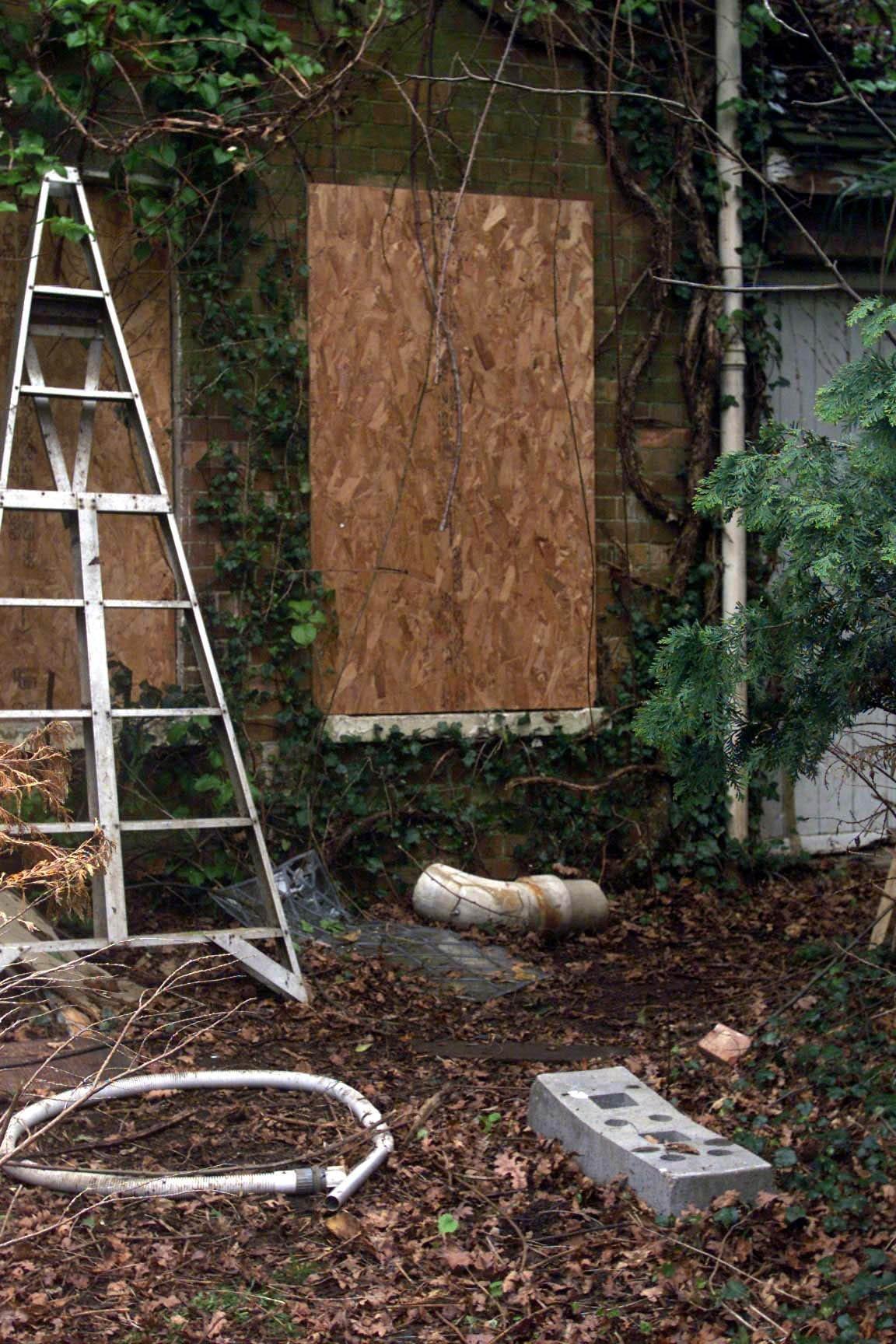 This was later reduced after an appeal in October 2001 and Martin was finally released in 2003 after three years – the maximum period for which he could be held following good behaviour.

Now in his 70s, Martin has never expressed remorse about his actions and returned to the scene of the crime on groundbreaking Channel 4 drama, The Interrogation Of Tony Martin.

He says he could live there now “if I wanted to (but) I don’t want to get locked up.”

Expanding on that, he says: “Well, it’s simple. If I’m in the house and somebody comes in the house I’m going to look after myself.

“If you think I’m going to stand there and ask them what they’re doing . . . I’m not that stupid.

“When you start to run, you’ll be forever running, so you have to stand your ground.

“I’d been very fearful for a long time in that house and all of a sudden the fear went and I took my life back . . . for a while, for a few hours.”