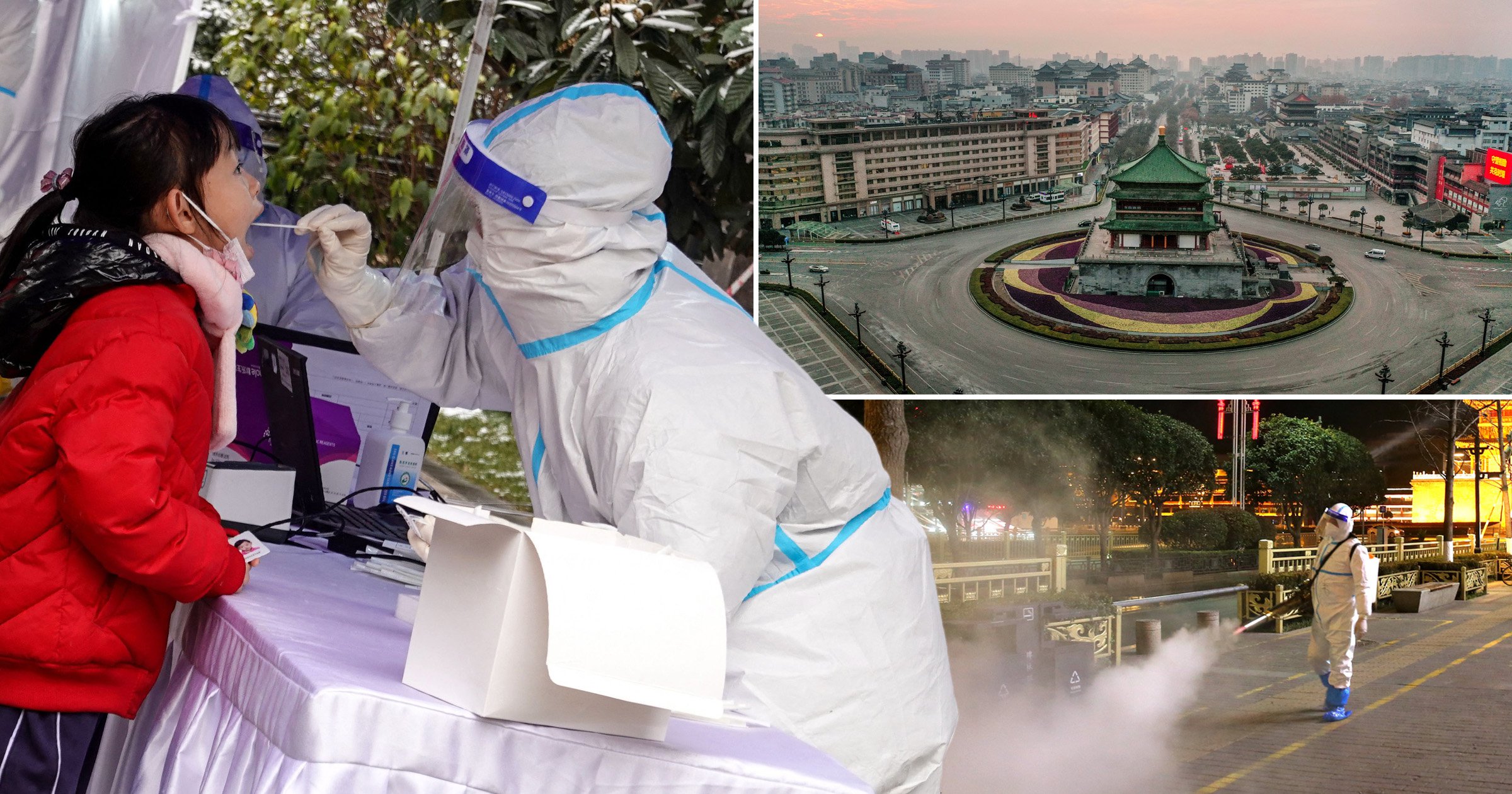 Millions of people in China are facing harsh restrictions to try to control the spread of coronavirus, with strict limits on when they can leave their homes.

It is now forbidden to leave the city of Xi’an in central China without permission from employers and local authorities.

The only cars allowed out are those there for virus control, such as spraying disinfectant, or for people’s livelihoods.

Yesterday, residents were told they can only leave home to get tested or in a medical emergency.

Some people in areas deemed less risky would be allowed out to buy supplies if they tested negative, the city government said.

Before the new measures were announced yesterday, one person from each household could go out every other day to buy supplies.

Anyone who refuses to follow the rules, including keeping a metre away from each other in queues, could also face detention and a fine, police said.

Some posted on Weibo social network about how they were struggling with the new restrictions.

‘I’m about to be starved to death,’ one person wrote. ‘There’s no food, my housing compound won’t let me out, and I’m about to run out of instant noodles … please help!’

Another person said: ‘I don’t want to hear any more about how everything is fine. So what if supplies are so abundant – they’re useless if you don’t actually give them to people.’

This is among China’s strictest lockdowns since Wuhan was locked down at the beginning of the pandemic.

It comes ahead of the country hosting the Winter Olympics in February.

Authorities have not announced any infections with the Omicron variant among the 635 confirmed cases in Xian from December 9 to Sunday.

There have only been a handful of Omicron infections among international travellers and in its south.

Xian, a city of 13 million, has also launched a city-wide disinfection campaign, with workers spraying pathogen-killing solutions onto roads and buildings.

It is the capital of Shaanxi province, famed for its imperial relics, as well as a major centre of industry.

Dongyan Jin, a virologist at the University of Hong Kong, said the mass disinfection of outdoor air and surfaces seemed unnecessary given the low risk of people catching Covid-19 from outdoor surfaces or the air with so few people outside.

‘This is shooting mosquitoes with cannon,’ said Jin, though he said he believed disinfection of indoor surfaces, especially in places visit by infected people, was necessary.