ANDREW Tate's plush compound in Romania appeared to be filled with guns, cash, knives and cars before it was raided by cops.

Footage even reveals an image of Prince Andrew inside the disgraced influencer's lair in the capital Bucharest. 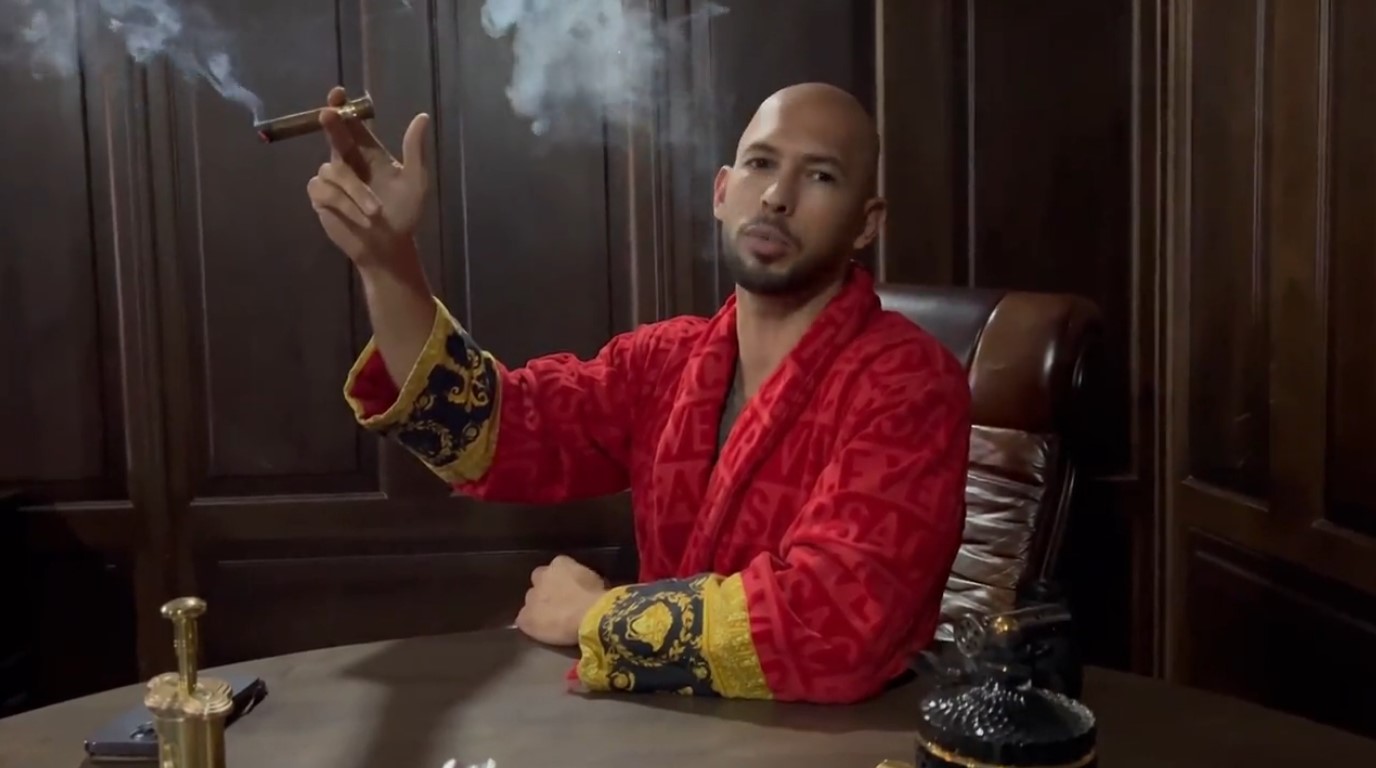 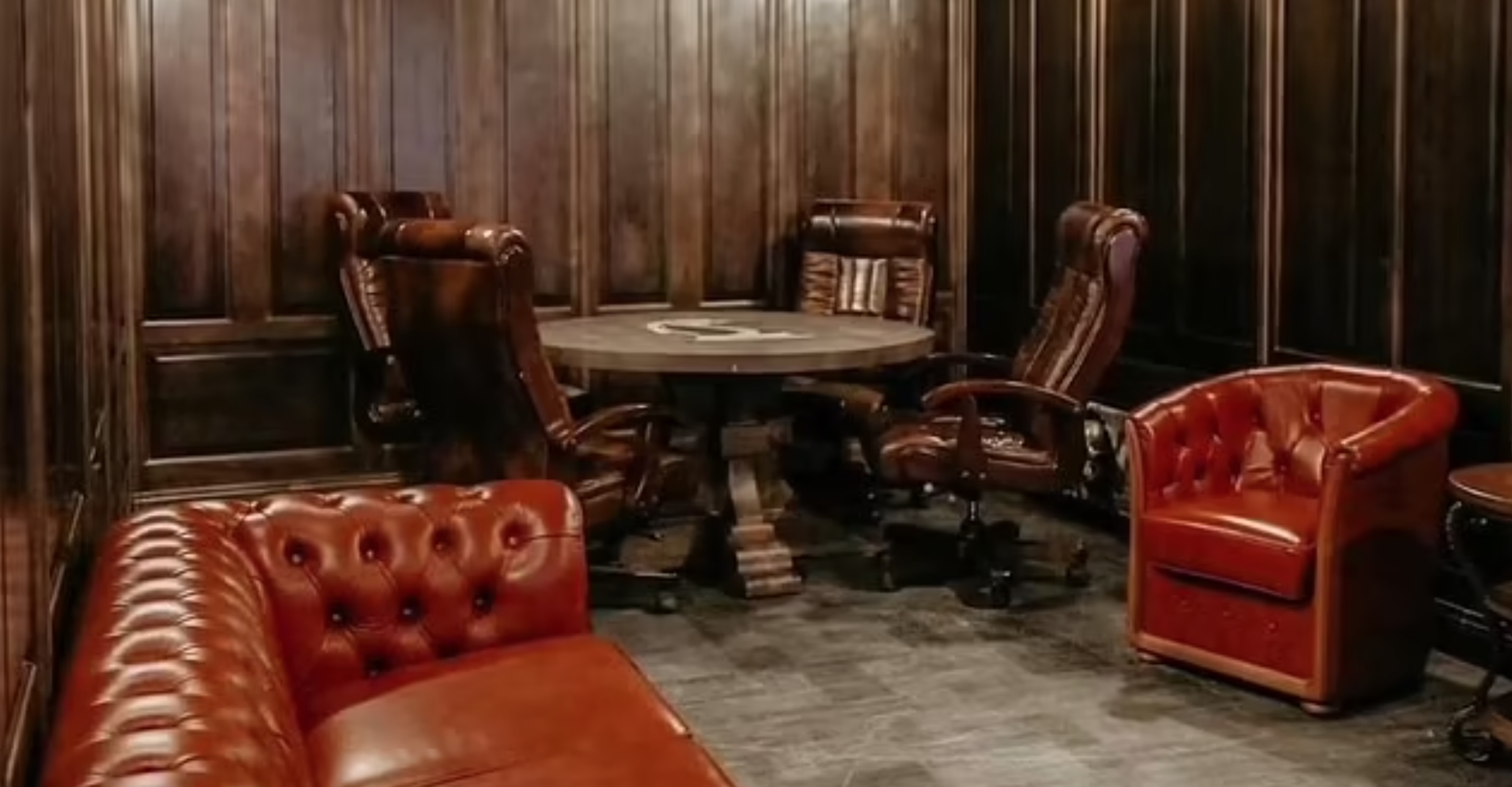 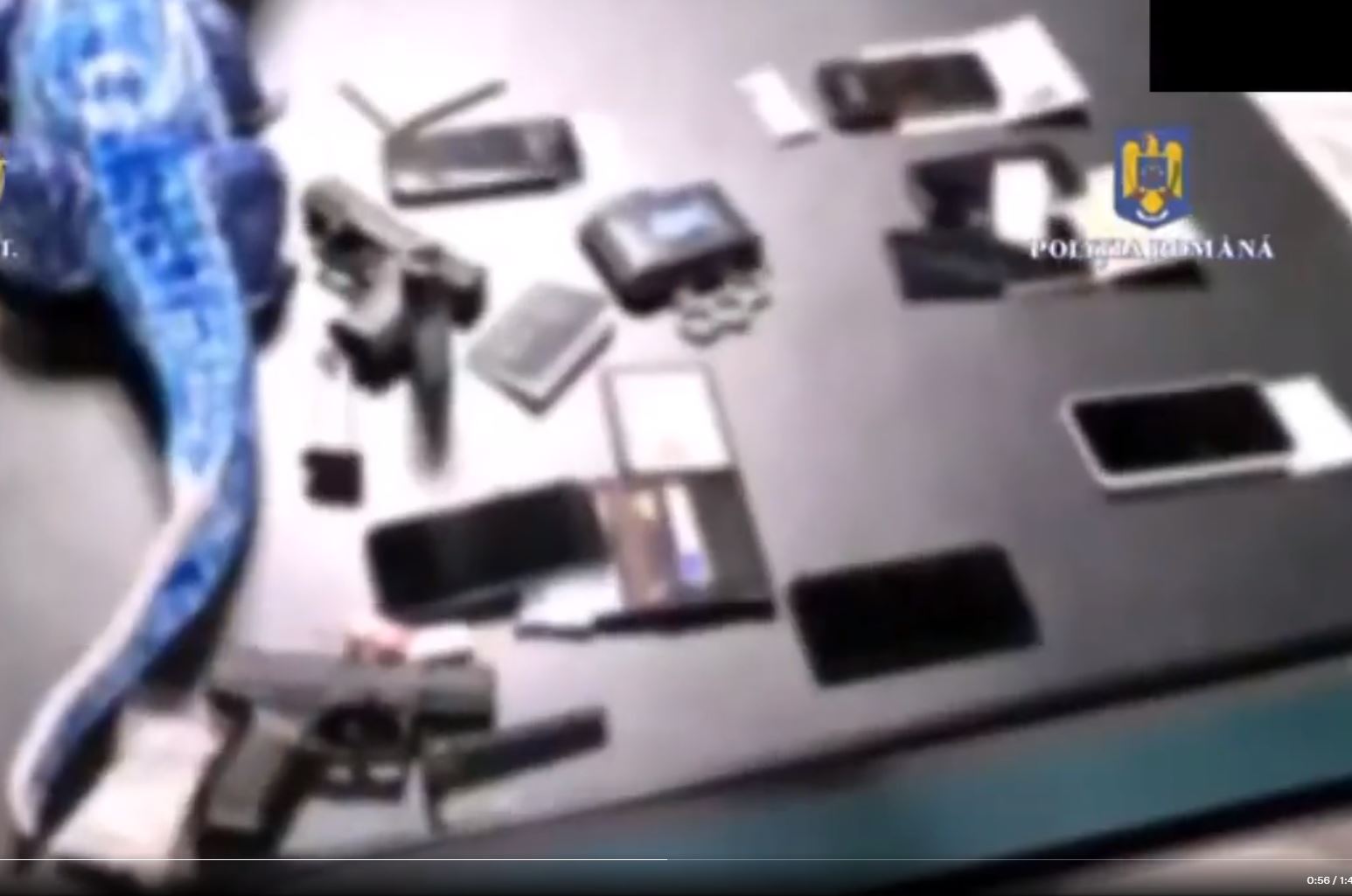 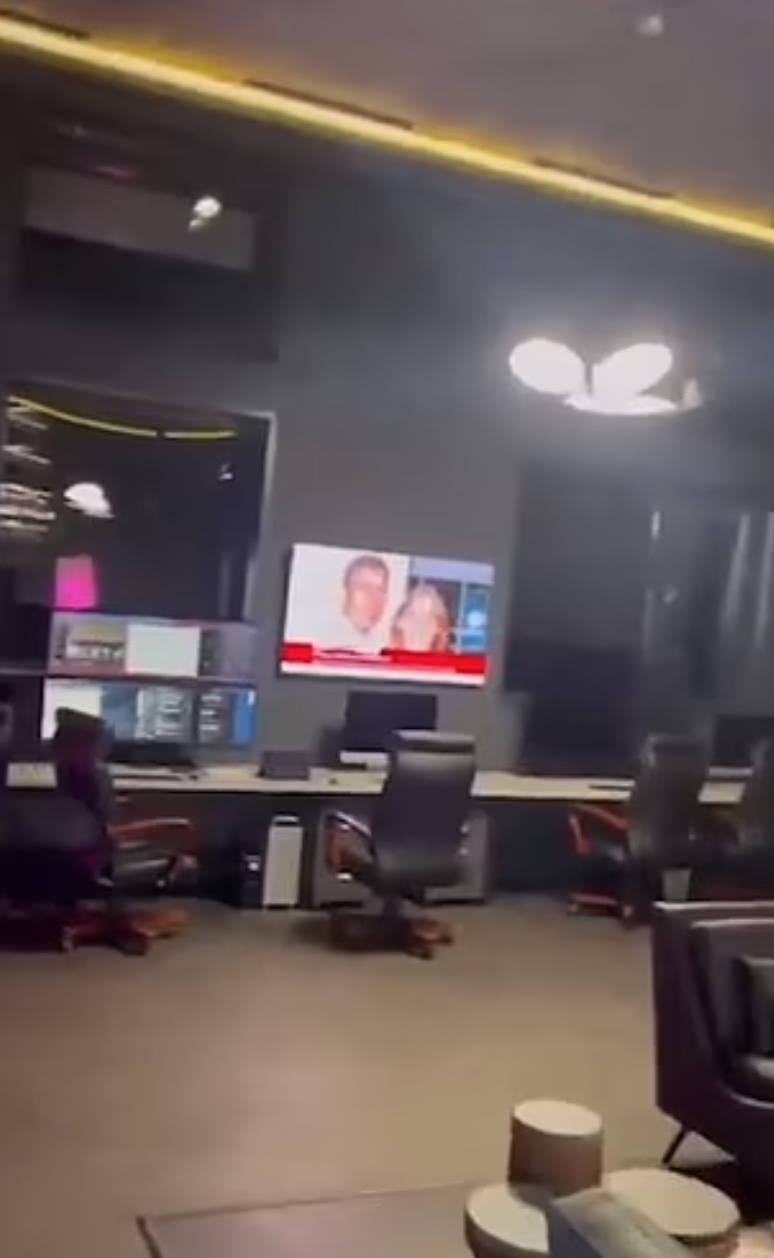 Tate, 36, moved to Romania around five years ago and previously suggested he did so to avoid as much interference from cops.

It is understood Tate – who was arrested yesterday over rape and human trafficking allegations – upped sticks around the time police in the UK were investigating accusations he had abused a woman.

He said in a YouTube video: "I'm not a rapist, but I like the idea of just being able to do what I want. I like being free."

Since setting up home in Romania, Tate and his brother Tristan – who he lives with – have repeatedly flaunted their luxury concrete compound on social media. 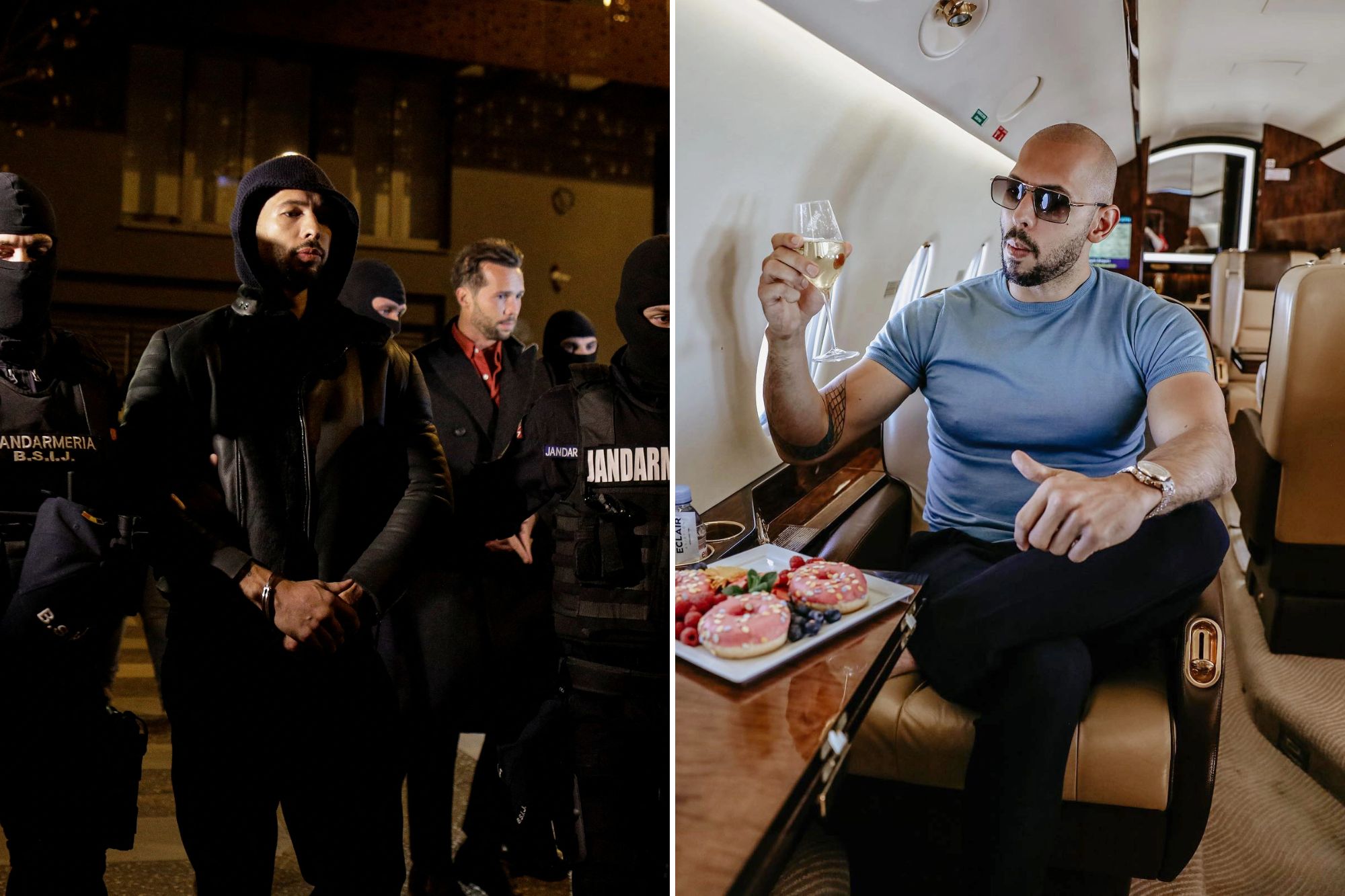 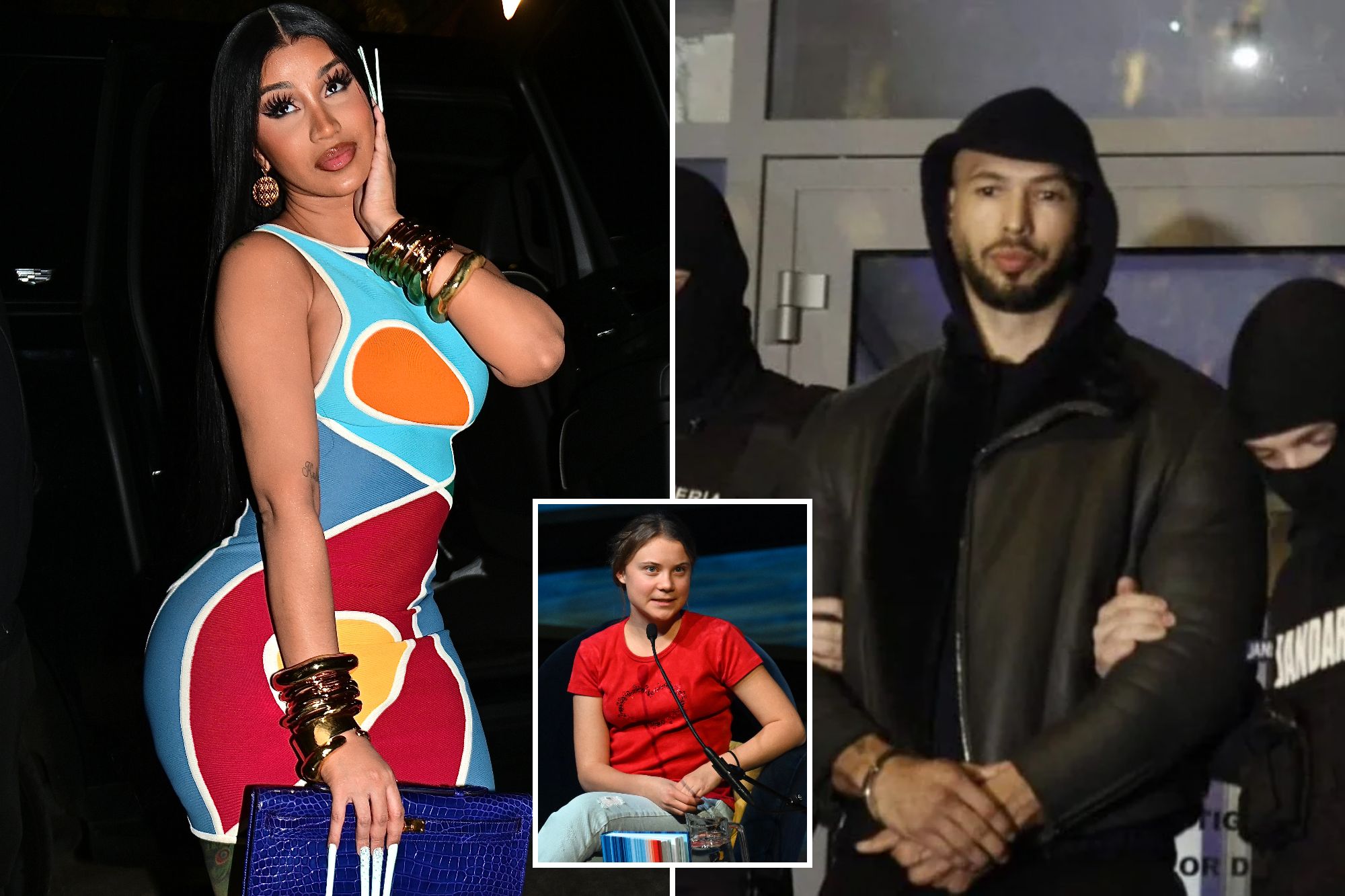 The 2,000sqm mansion boasts a massive chessboard in tribute to their late father Emory Tate, an International Master, as well as an indoor pool and home cinema.

Pictures from inside the bolthole also reveal lavish leather sofas and glass cases to display his kickboxing belts.

Footage also shows a high-tech security room filled with several live CCTV feeds and a huge balcony at the top of the home.

Meanwhile, another clip previously shared on Tate's Instagram shows an image of Prince Andrew and Virginia Giuffre on a screen.

Tate and his brother Tristan – who lives on the third floor of the compound – were last night arrested by cops.

They were detained after police raided the mansion, with footage of the sting showing guns, knives, and money on display as well as an array of flash cars.

The pair have reportedly been under investigation for the alleged kidnapping of two young women in their villa in the town of Voluntari.

Cops say so far six victims have come forward claiming they were sexually exploited by the organised criminal group.

A statement from Romania's Directorate for Investigating Organized Crime and Terrorism (DIICOT) said the British suspects lured victims using the "loverboy method" – claiming they loved them and intended to marry them.

The agency said female victims were then taken to buildings in Ilfov County, on Bucharest's outskirts, where they were "sexually exploited by group members".

Cops say the suspects used "physical violence and mental coercion" and that victims were forced to perform in pornographic videos for dissemination on social media.

Pictures and video show Tate and his brother being accompanied out of the house in handcuffs by cops.

Tate is seen with his hood up as armed police dressed in balaclavas led him away.

It is the second time his home was raided as part of the investigation, after cops arrived at his door back in April.

It has since been suggested the latest sting may not have happened if Tate had not posted a video on Twitter mocking eco-warrior Greta.

Sources close to the investigation told local news outlet Gandul that anti-mafia prosecutors realised Tate and his brother were in the country because of their social media. 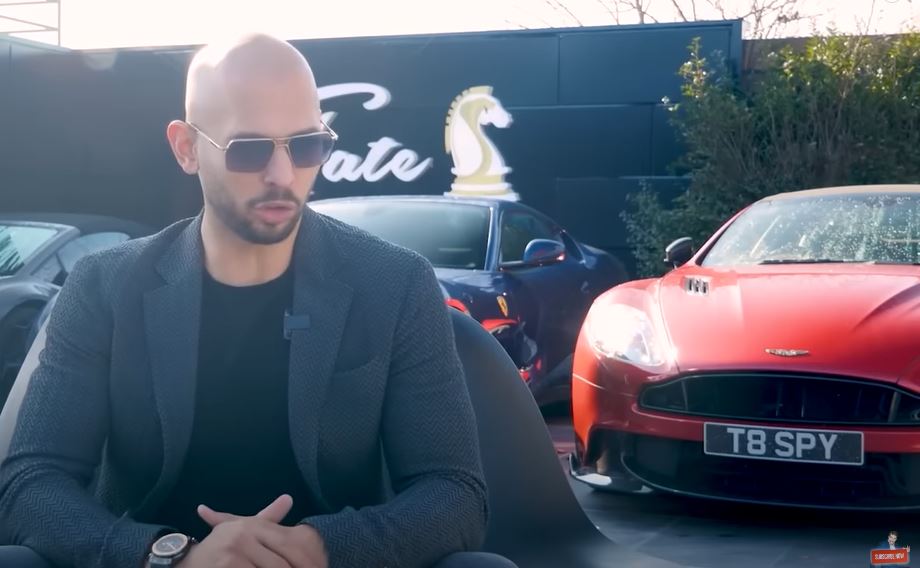 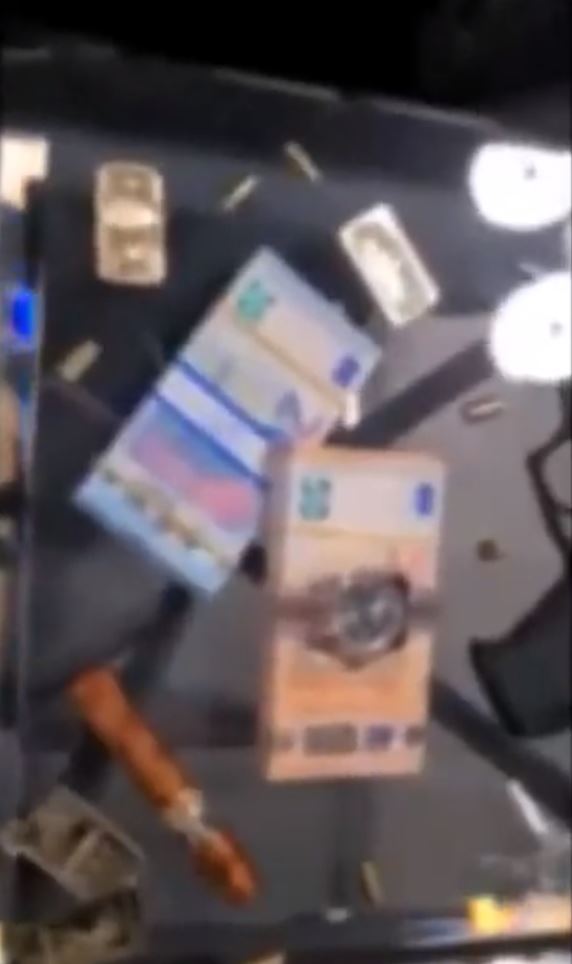 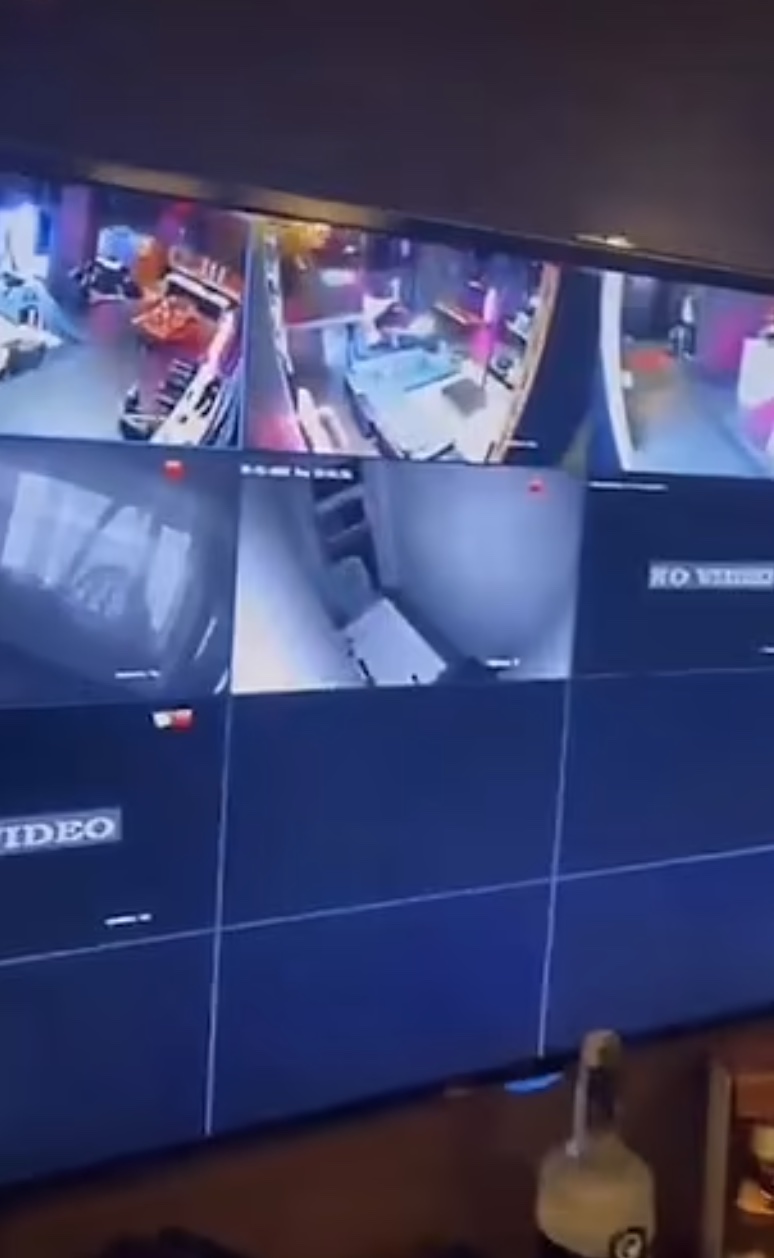 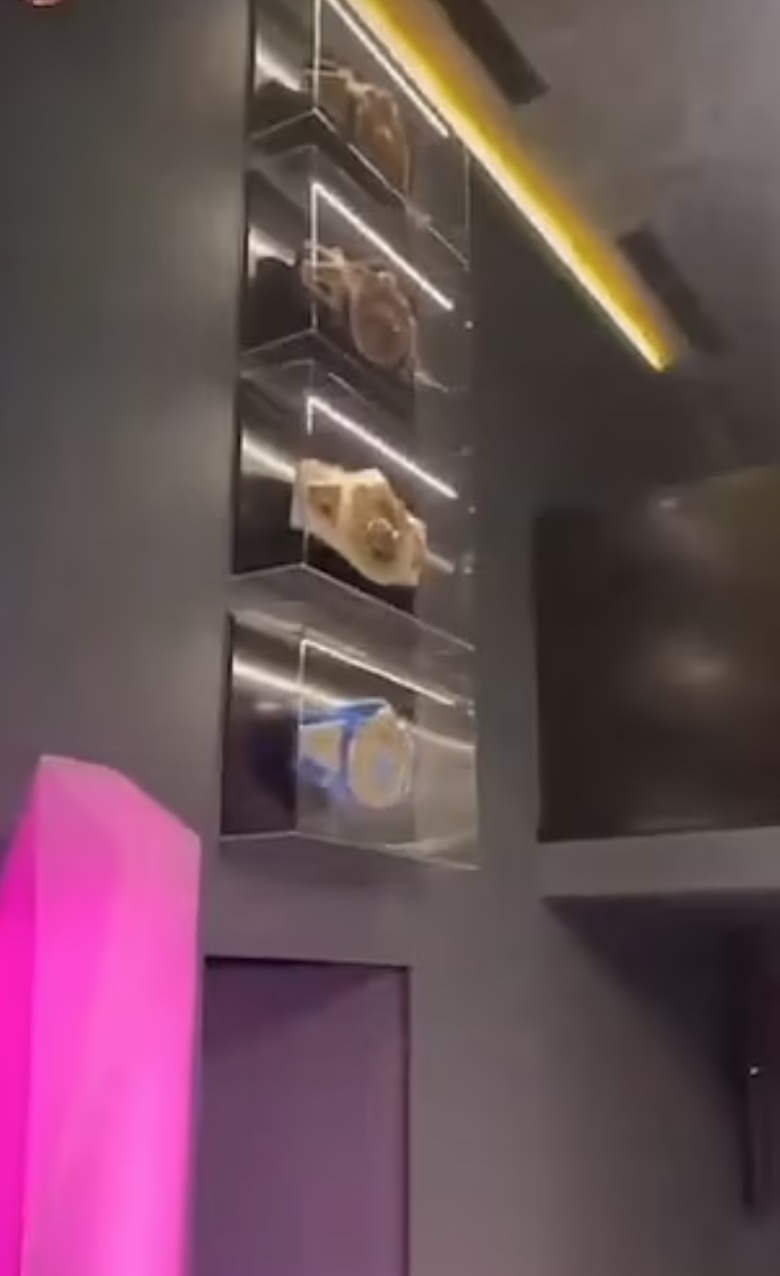 Tate was on Wednesday blasted for having "small d**k energy" by Greta after he attempted to troll the 19-year-old with a list of his car collection.

The kickboxer tried to goad the climate change campaigner by bragging about the "enormous emissions" of his vehicles.

He offered to send her a list of his 33 cars – including a Bugatti and two Ferraris – if she gave him her email address.

Greta however responded by offering up her email address of "smalld**[email protected]", to which he responded with the video featuring the pizza box.

He was dumped from the reality show after alleged footage of him beating a woman emerged online.

Since then he has sparked revulsion and outrage with a wave of content online.

Washington DC-born Tate was accused of spreading hate towards women as he built his profile.

The influencer was banned from Twitter in 2017 for violating its terms of service with his controversial comments.

He has previously referred to women as "property" and said they should bear "some responsibility" if they are sexually assaulted.

In August, Tate was banned from a range of other social media sites.

TikTok banned him for misogyny, while Meta said he violated their policies around "Dangerous Individuals and Organisations".

Tate has denied accusations of misogyny and claimed that many of his clips are "taken out of context".

A spokesman for Andrew and Tristan told The Sun: “We cannot provide any details at the moment regarding alleged reports that they have been detained; however, Andrew and Tristan Tate have the utmost respect for the Romanian authorities and will always assist and help in any way they can." 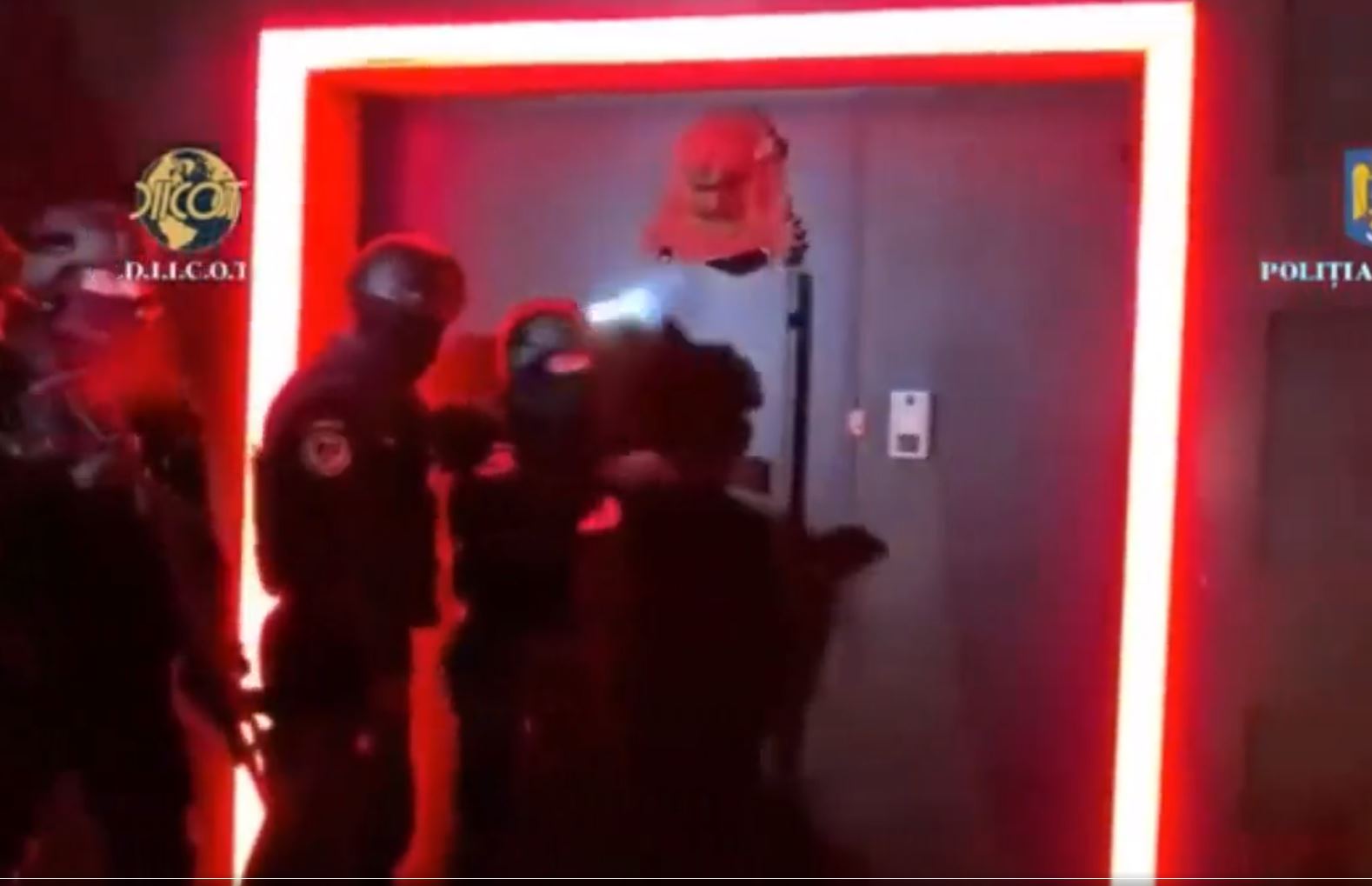 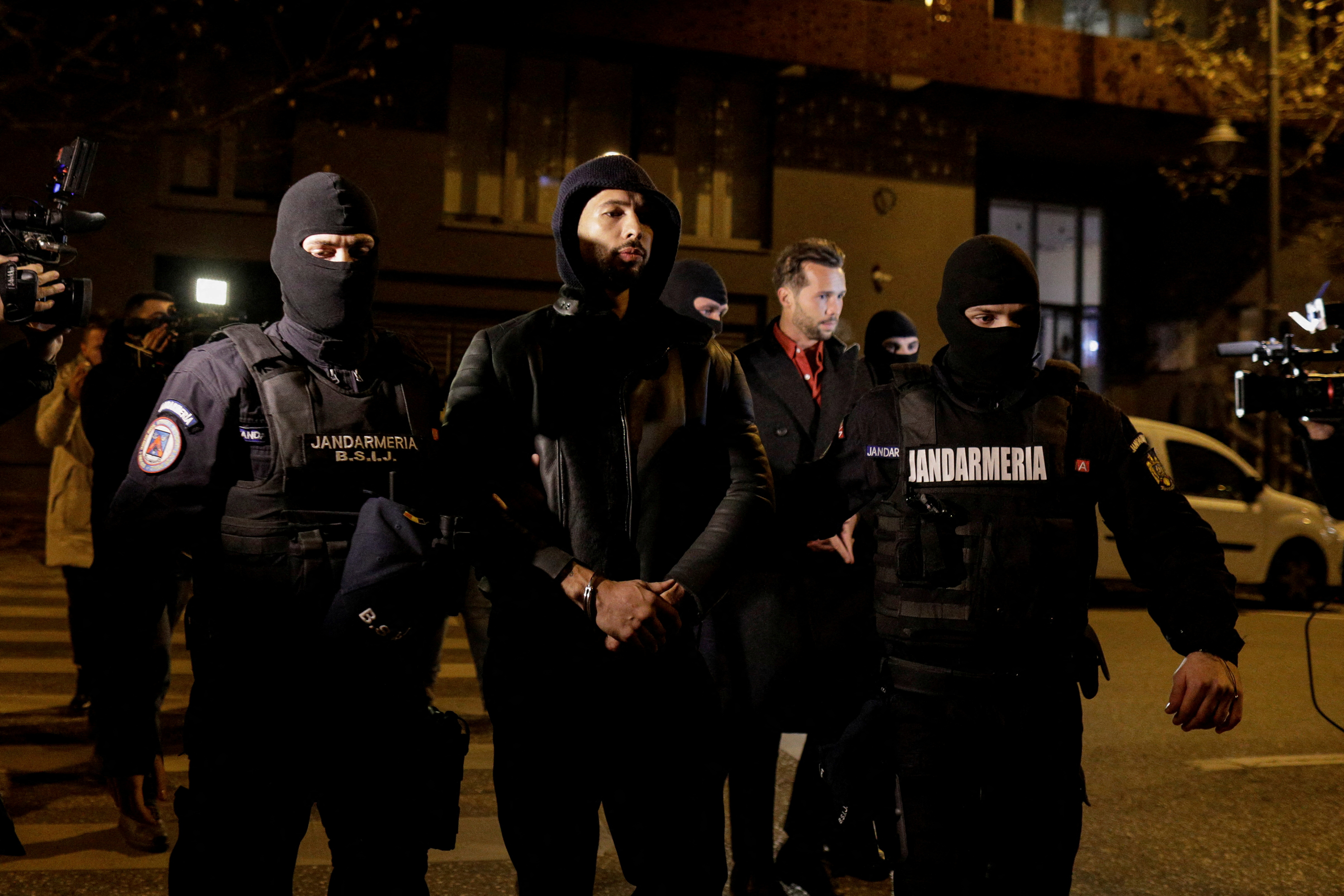 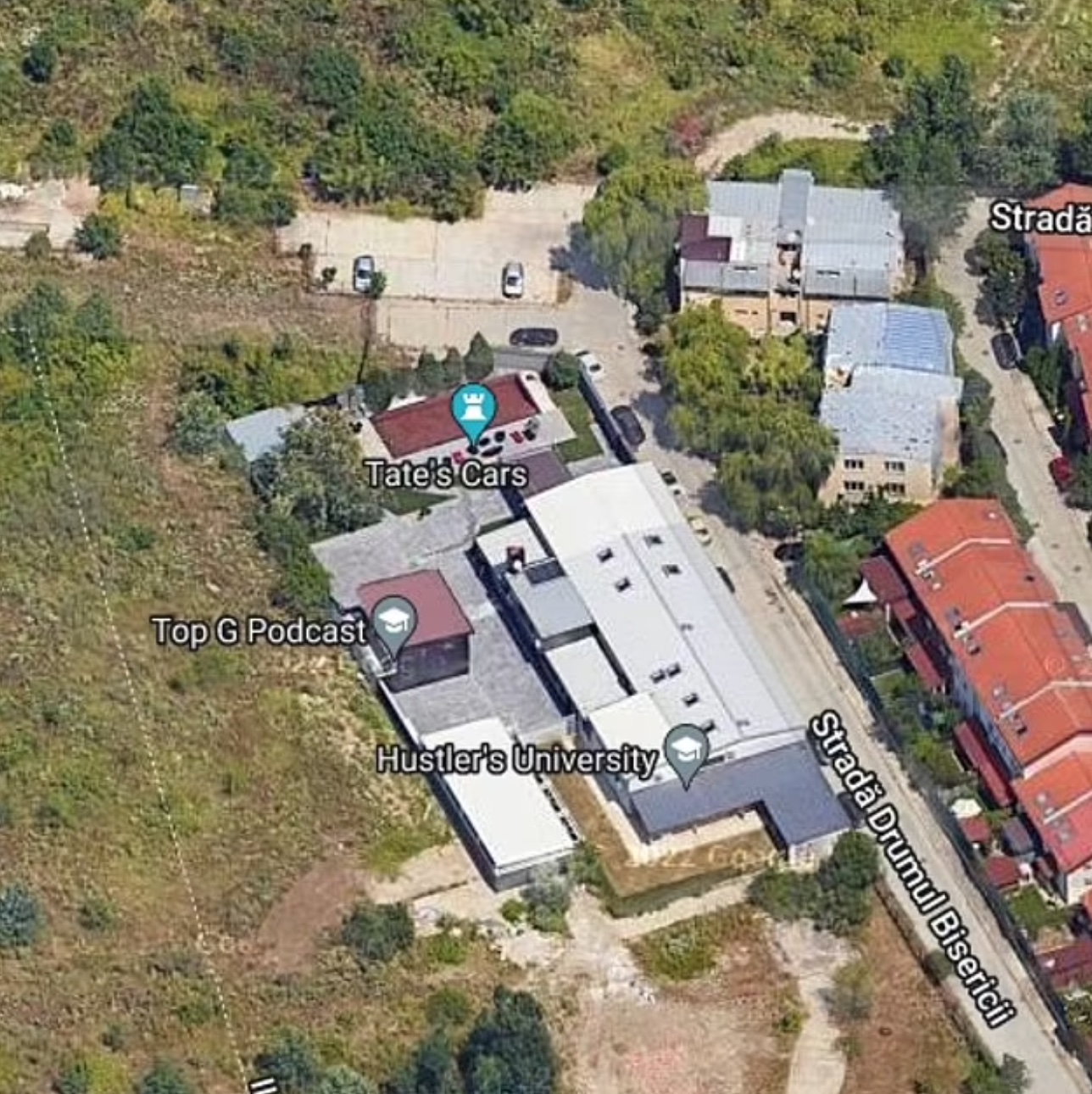 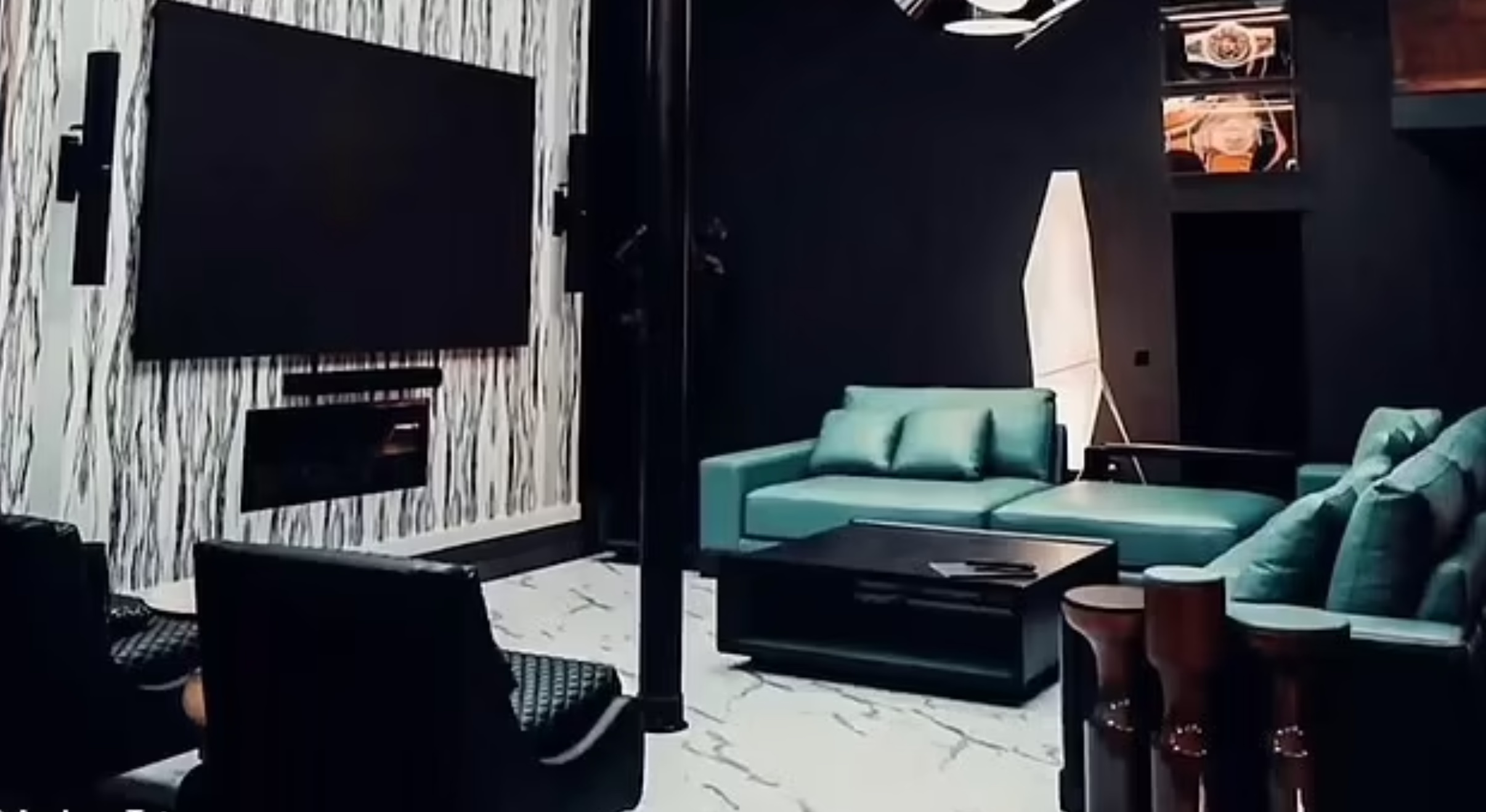