MILITIAMAN Ammon Bundy led a protest outside the home of a police officer who arrested an anti-vaxxer mom for staging a "playdate protest" over stay-at-home orders.

Sara Brady, 40, was arrested on Tuesday for alleged trespassing when almost 40 moms and their kids met at a Meridian Park in Idaho, her supporters said. 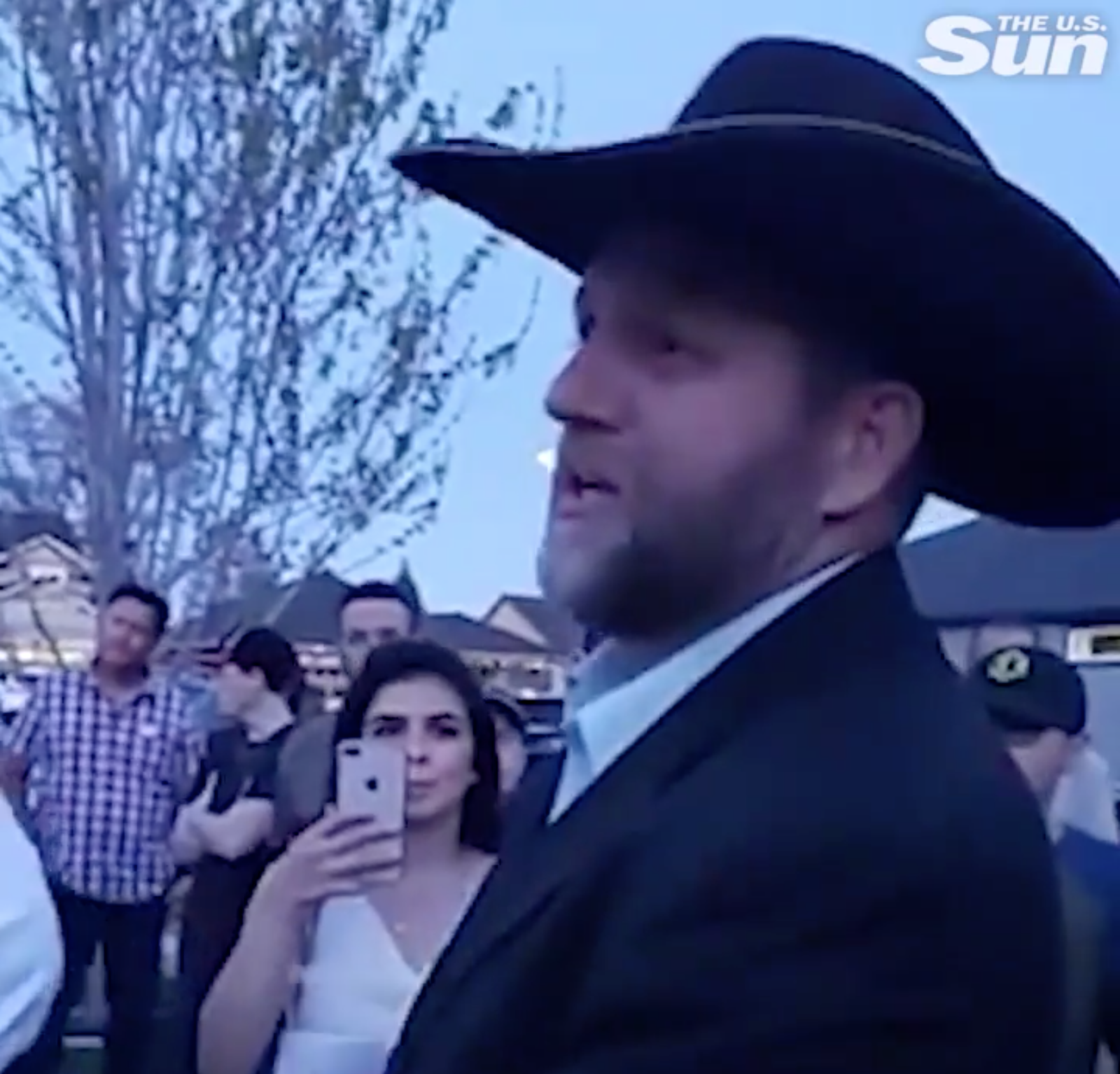 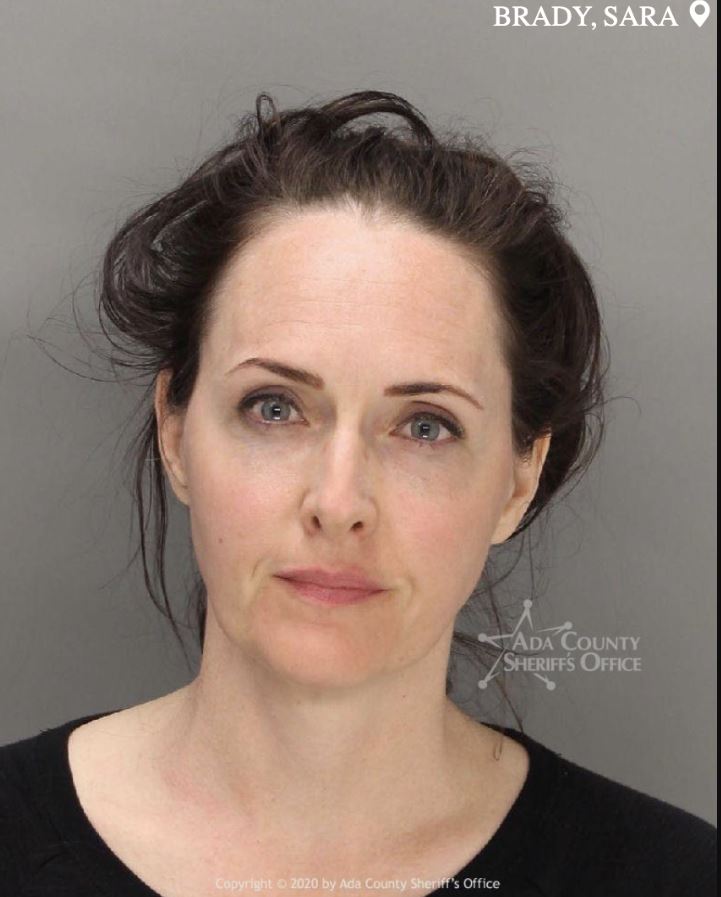 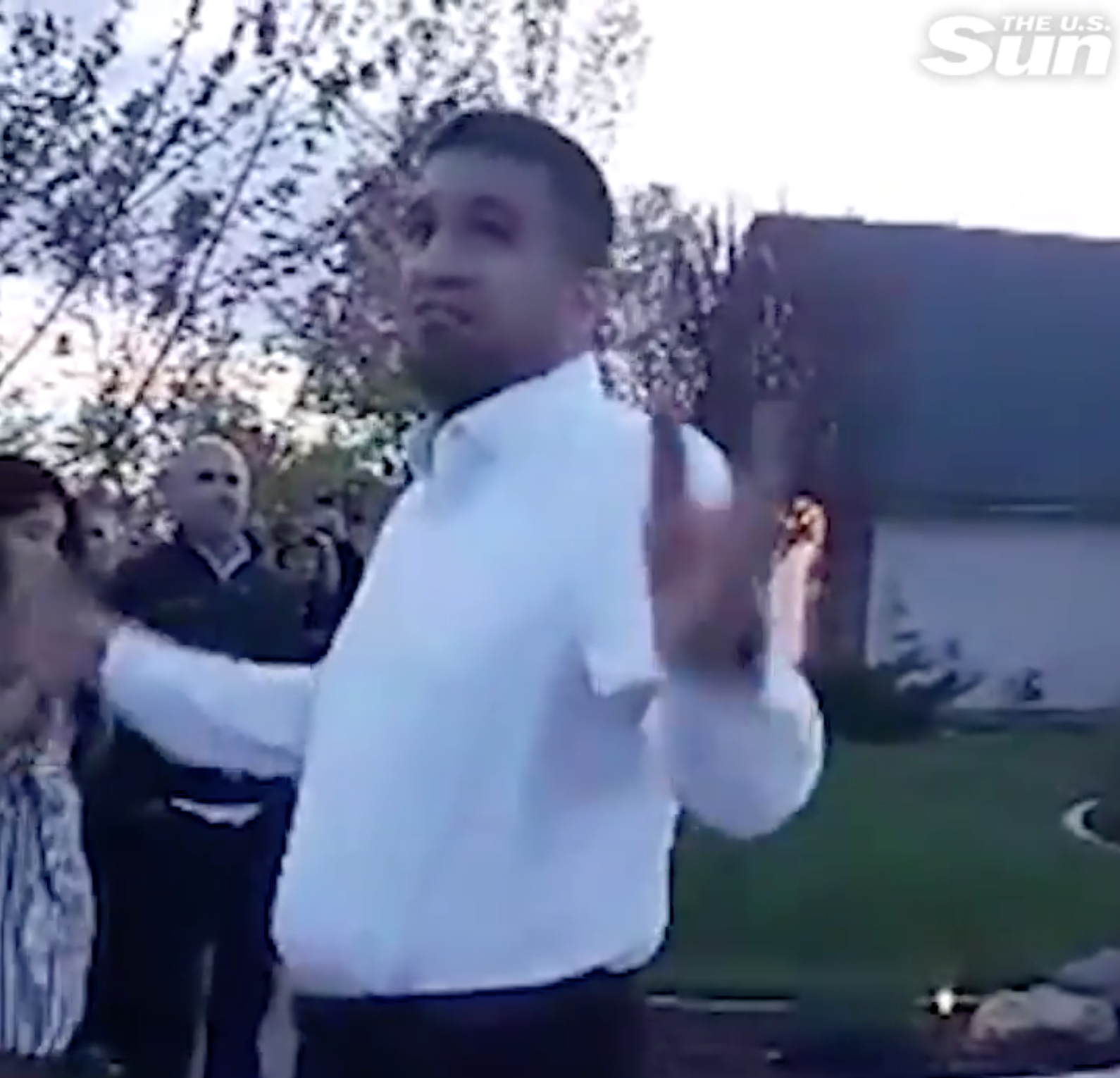 Bundy – a rancher and vocal political and social activist – organized a protest after Brady's arrest.

Scores of protesters were seen on video gathering outside the cop's house, as policemen stood watch in the driveway.

"There was a woman at a park with her children, and she was arrested. Completely inappropriate," Bundy told police, as seen in a video of the protest.

Brady – who runs the anti-vaxx group Idahoans for Vaccine Freedom, according to the Idaho Statesman – was arrested for alleged trespassing on the playground, police said in a statement.

The group Health Freedom Idaho said the planned playdate was held after Gov. Brad Little extended a stay-at-home order, which they claimed "isn't even constitutional."

"You do not have that right. You have limitations," Bundy said, pointing at police officers. "We will not set by idle while you arrest people in parks or churches or in their places of work. 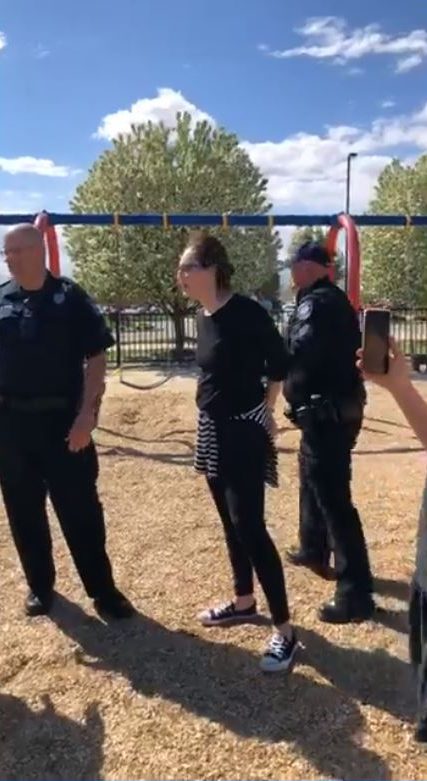 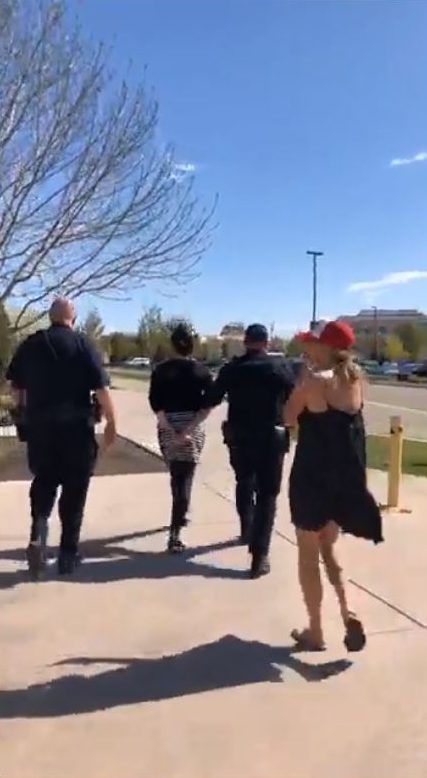 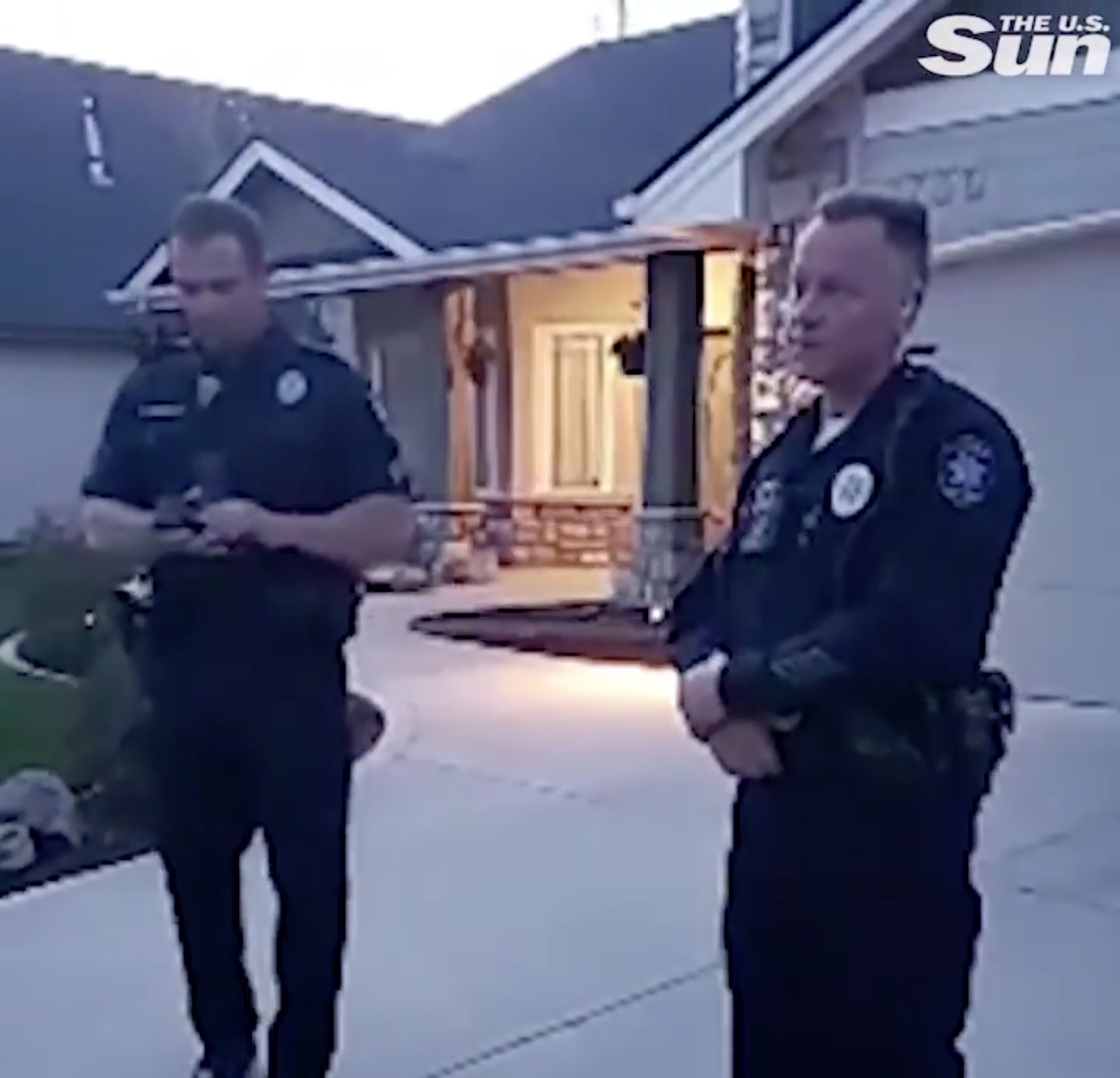 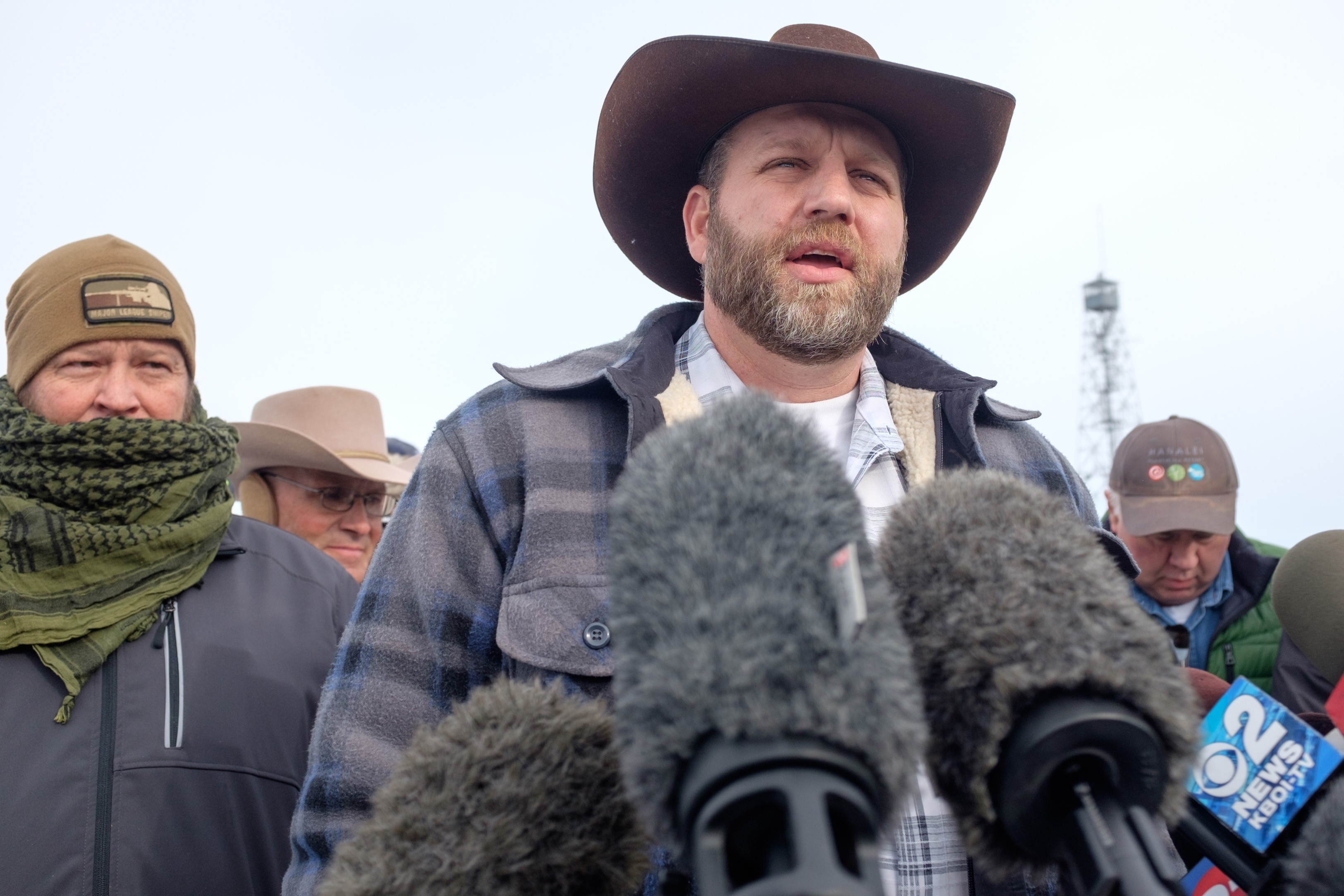 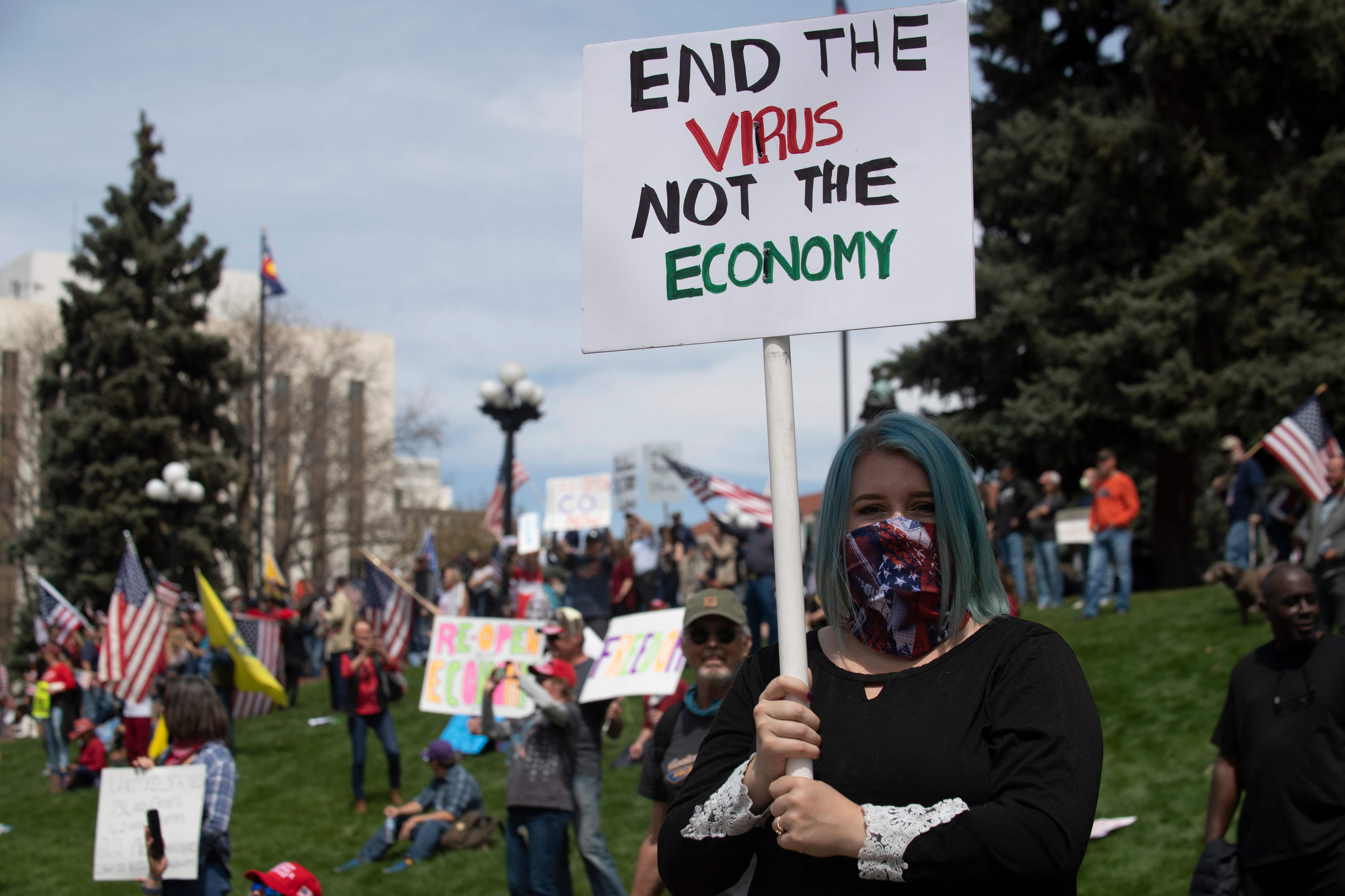 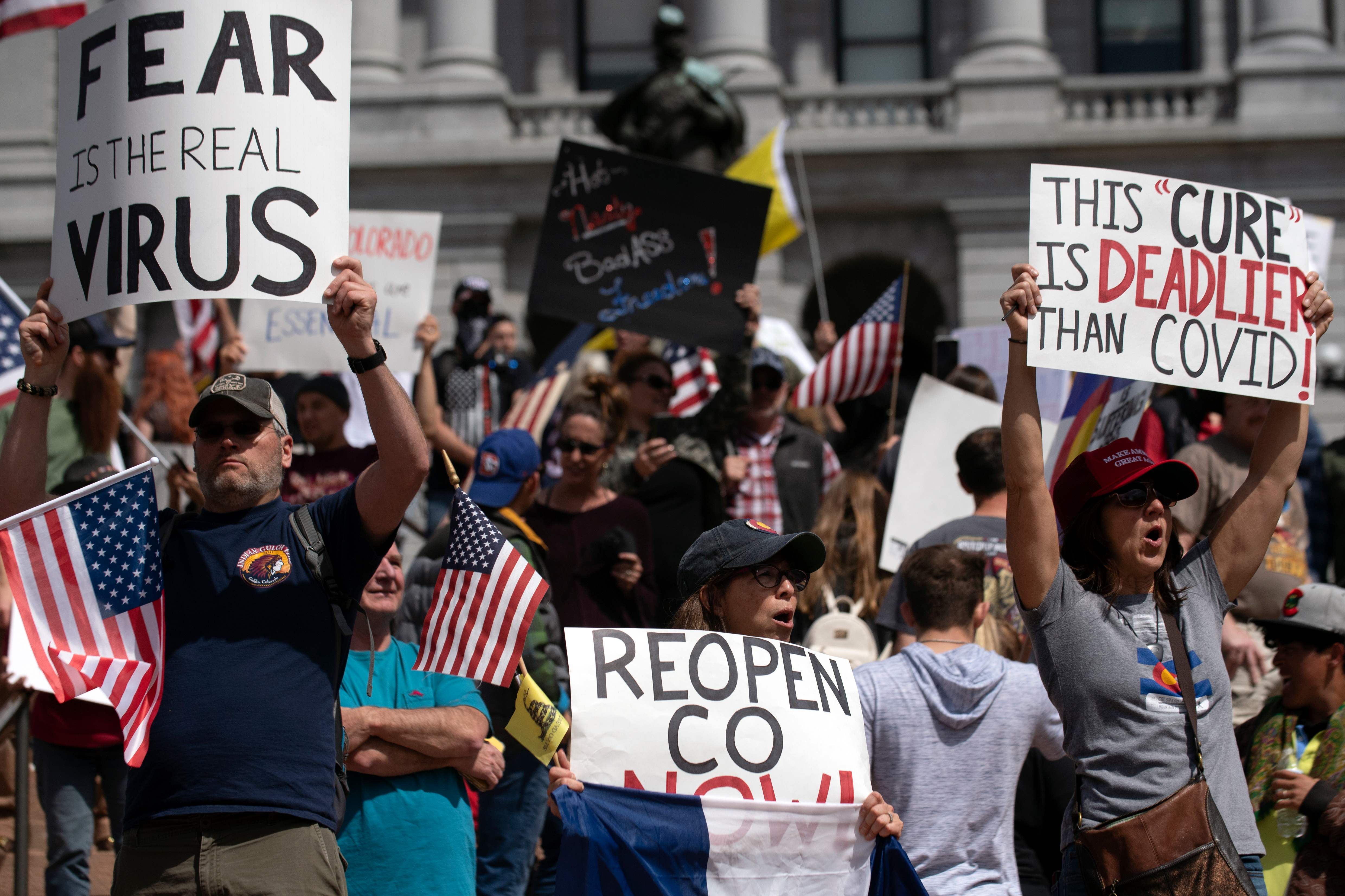 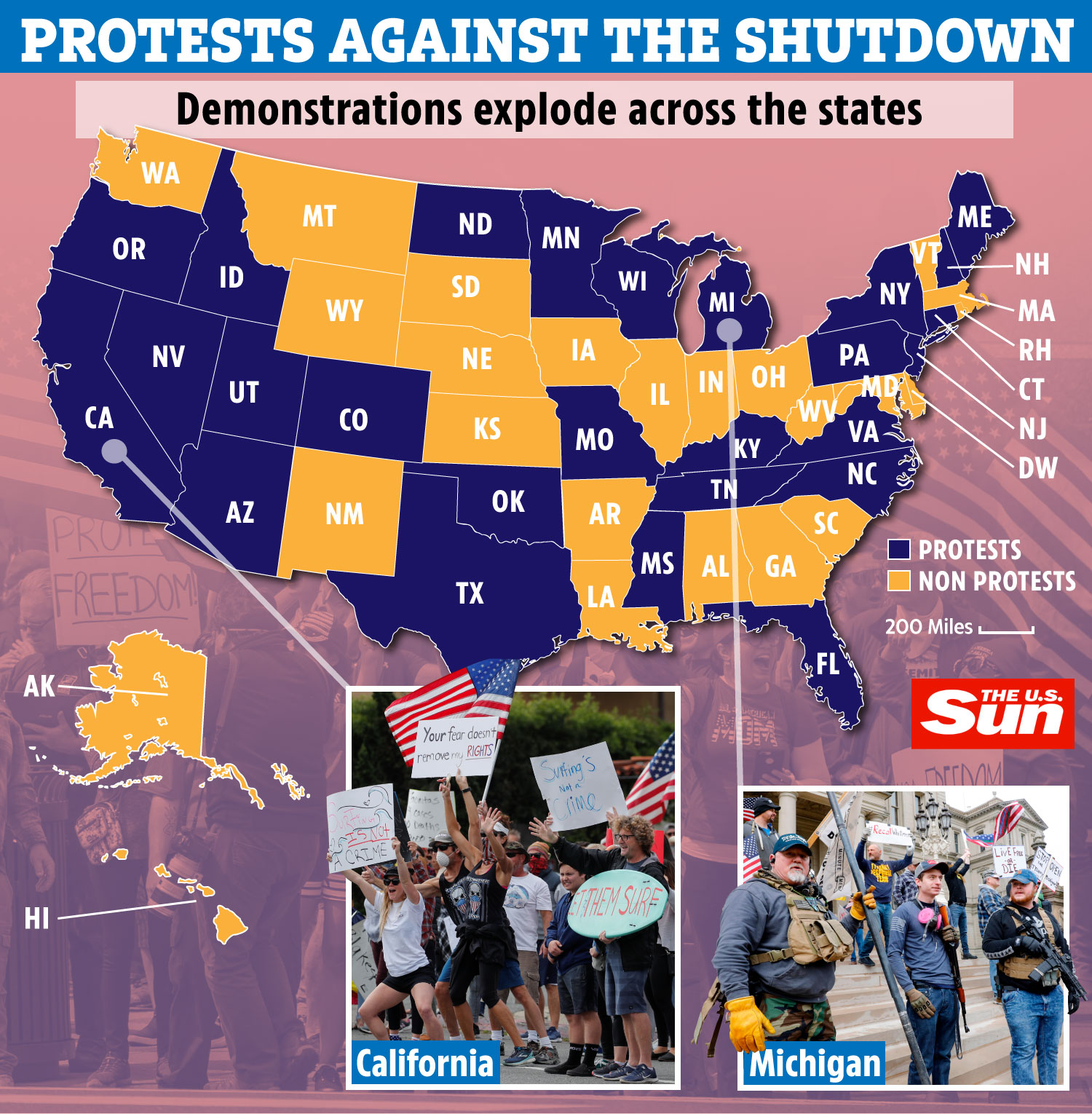 Health Freedom Idaho said that mothers gathered and chatted at the park while kids rode on their bikes.

The group said “the kids inched closer and closer to the playground, that was previously roped off with caution tape."

"Eventually, giggles and grins won out, and the children were climbing the structures, swinging on the swings and enjoying the sunshine, exercise, and simply being kids."

Cops said after receiving several calls about people gathering, they went to the park.

Police said they saw the playground was roped off with caution tape and metal signs showing it was closed.

Cops said they told people on the playground that it was closed, and instructed them to move to other areas of the park.

Brady, however, was "noncompliant and forced officers to place her under arrest to resolve the issue," police alleged in a statement.

She was charged with one count of misdemeanor trespassing, and was released after she posted a $300 bond.

Within 90 minutes of her arrest, the Health Freedom group said "hundreds of upset Idahoans showed up at Meridian City Hall to protest her arrest and ask for her release." 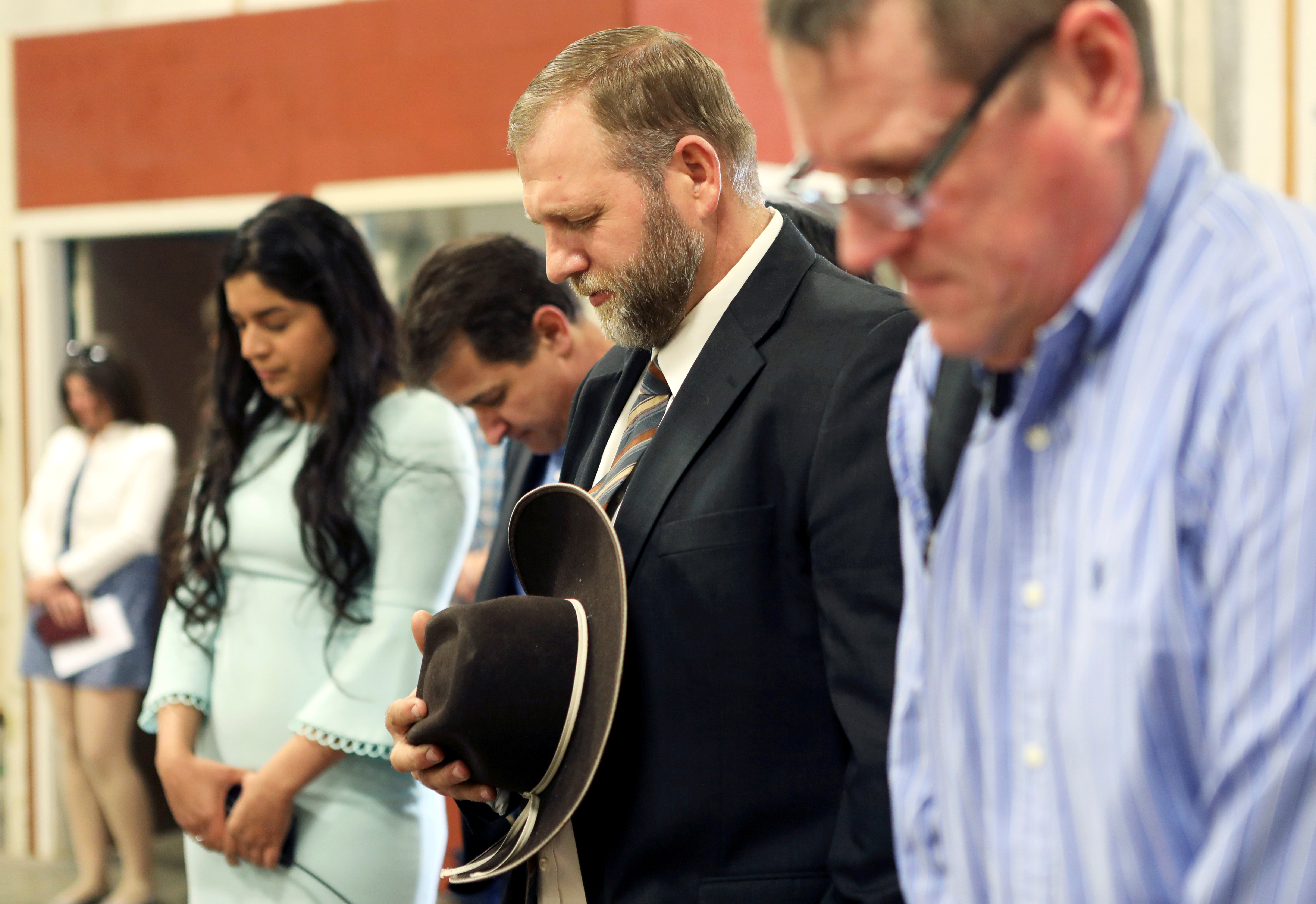 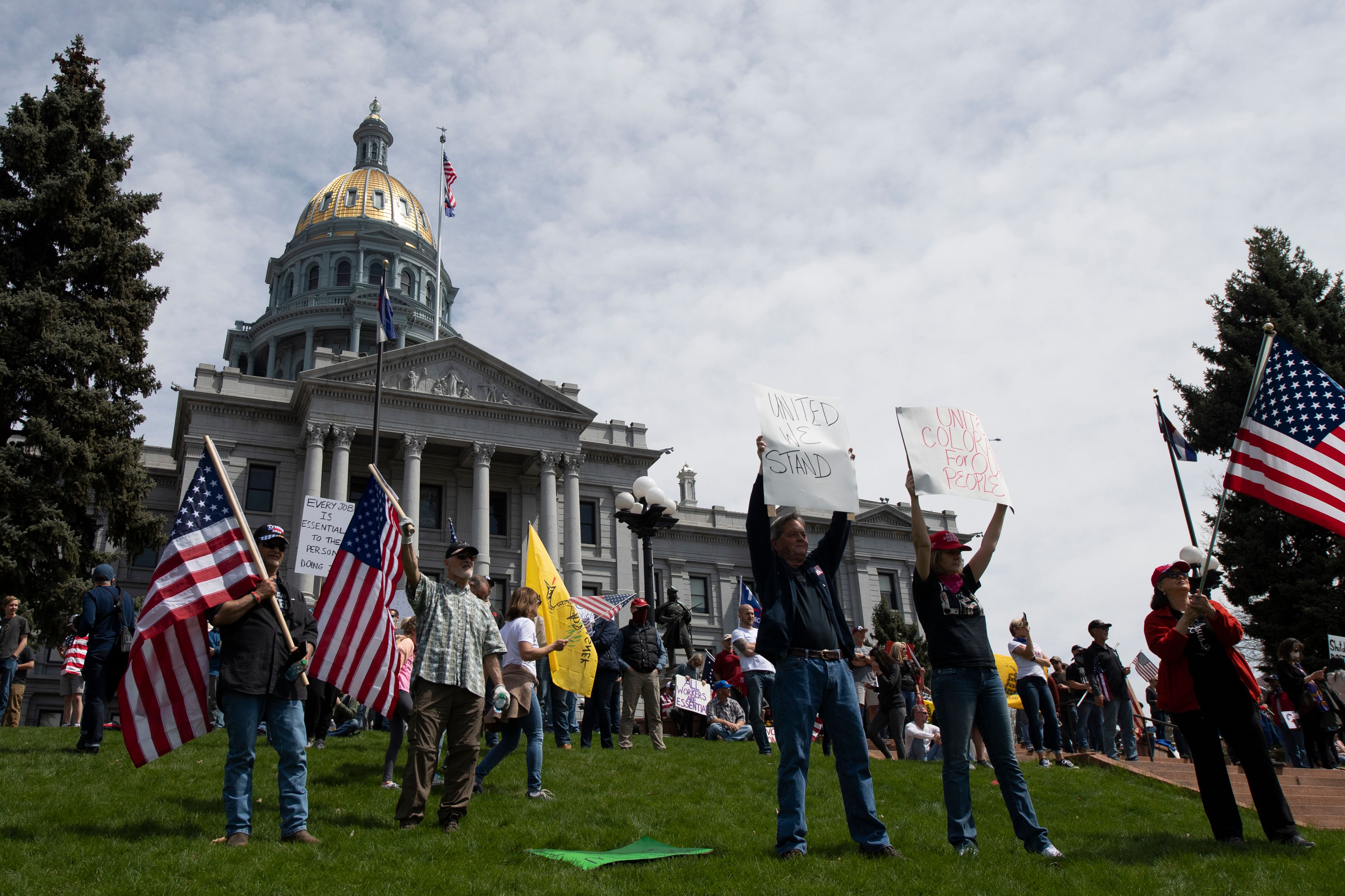 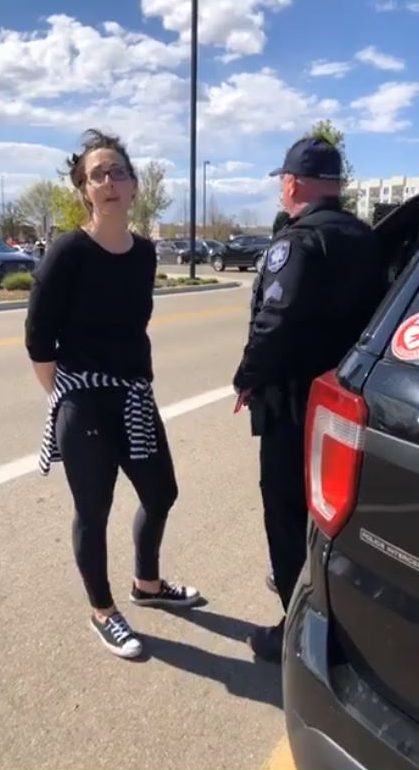 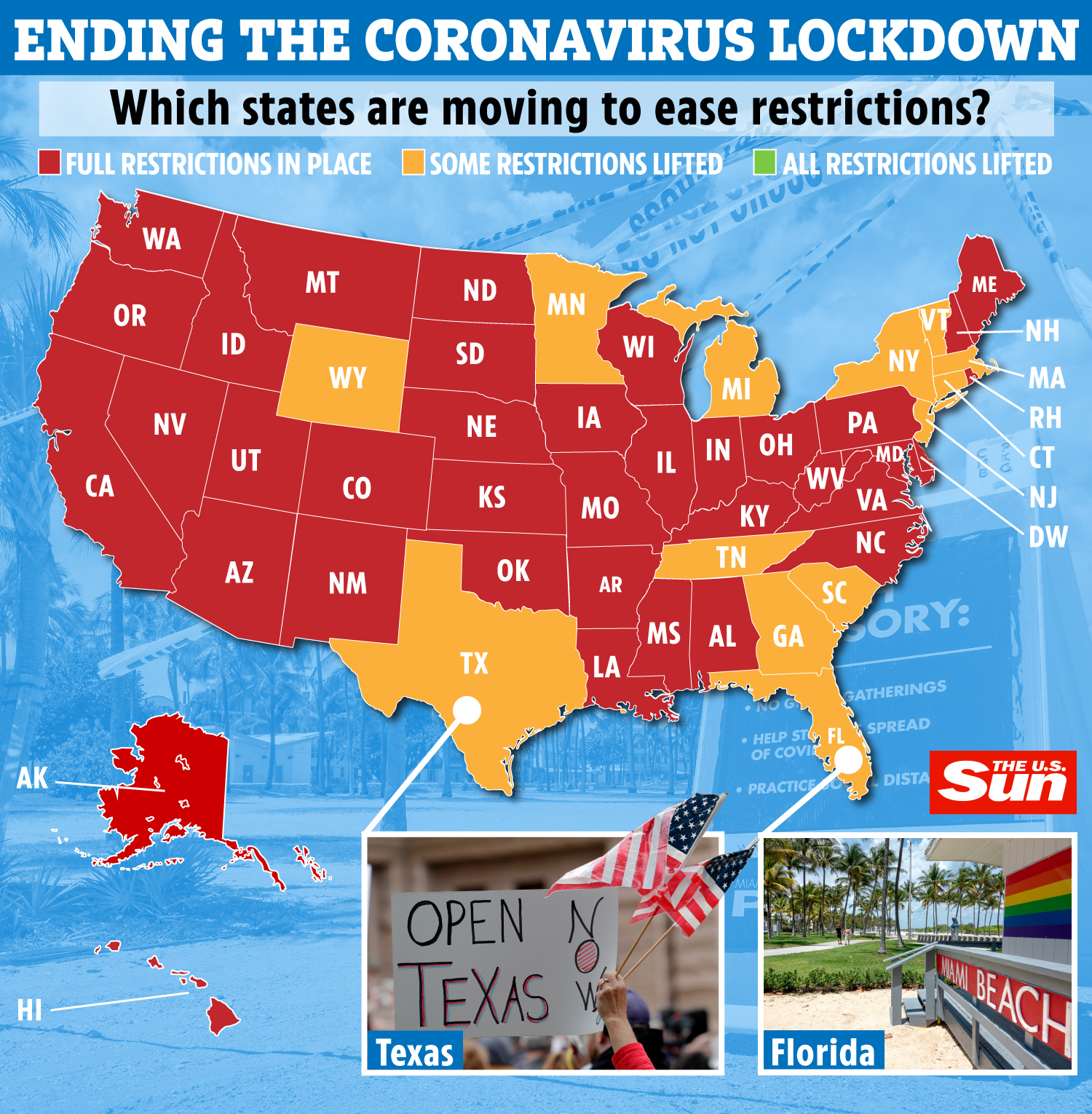 Led by Bundy, people gathered later again on Tuesday outside the house of the cop who arrested Brady, protesting her arrest.

"The police force needs to know… the innocent and law-abiding citizens of Idaho do not take kindly to our rights being stripped away from us…" a protester said.

"We want to have great relationships with our police officers. We need that in a civil society," the man added.

Bundy gave a redress of grievances – making a complaint to the arresting officer.

A cop standing watch outside the arresting officer's house knocked on the door, and after he did not answer, taped the redress of grievances to the door.

“These are very trying times, and the Meridian Police Department supports the public’s right to assemble for peaceful protest, however, the right does not include damaging public property or ignoring closures of City property and facilities," cops said in a statement.

People across the country have gathered to protest coronavirus lockdowns.

In more than 20 states, people have gathered on state Captiols and in streets, calling for stay-at-home orders to end.

Protesters argue the stay-at-home mandates are costing jobs, harming the economy, and a violation of their constitutional rights.

Some protesters have called the lockdowns "tyrannical," as they demand businesses re-open amid the pandemic.

Bundy made headlines when he occupied a federal wildlife refuge in Oregon with an armed militia group.

He also organized a church service to be held on Easter Sunday amid virus lockdowns.

Around 100 people gathered at the service, despite stay-at-home orders in the state.