A soldier was killed in eastern province of Papua where security forces are hunting suspects for killing of 19 workers. 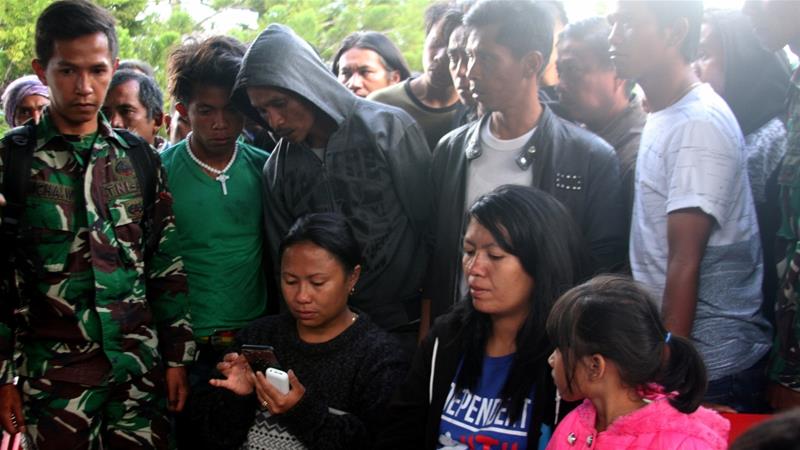 Security forces in Indonesia’s eastern province of Papua are hunting for separatist fighters suspected of killing at least 19 workers building a bridge in the region, a military spokesman said on Wednesday.

The killing of the workers is one of the worst outbreaks of violence in years in Papua, home to a simmering separatist conflict since it was incorporated into Indonesia after a widely criticised UN-backed referendum in 1969.

Colonel Muhammad Aidi said the number of workers killed in the attack had been revised down to 19 from 24, based on the latest accounts from four survivors.

The survivors were followed by separatist fighters to a military post where a soldier was killed in a gunfight, Aidi said by telephone from Papua.

“The TNI (Indonesian military) post was attacked on Monday morning by a significant number of the armed group using military grade weapons, as well as spears and arrows,” he said.

Aidi said on Tuesday a construction worker who took a photograph of separatists celebrating what they consider their independence day appears to have sparked the killings.

Some Papuans regard December 1 as their independence day from Dutch colonial rule and hold rallies or raise separatist flags banned by the Jakarta government.

The military arm of the separatist group, the Free Papua Movement (OPM), said on its Facebook page on Wednesday it viewed the workers as members of the military and casualties of a war against the Indonesian government.

Construction ‘will never be stopped’

Since coming to power in 2014, President Joko Widodo has pledged to hasten development and open up access to the resource-rich province, including the Trans Papua road project to link remote areas.

Widodo said on Wednesday security for construction projects in Papua would be addressed by his government.

“The construction of the Trans Papua road needs to be continued and will never be stopped,” he told reporters.

Papua declared itself an independent nation on that date in 1961, but neighbouring Indonesia took control of the resource-rich region by force in 1963. It officially annexed Papua in 1969 with a UN-backed vote, widely seen as a sham.

Jakarta keeps a tight grip on Papua, which experienced several spasms of violence this summer including the killing of three local people, allegedly by rebels.

Much of the past violence, however, has involved skirmishes between rebel factions and Indonesian security forces.

The military has long been accused of rights abuses against Papua’s ethnic Melanesian population including extrajudicial killings of activists and peaceful protesters.