A YELLOW fungus has been reported in a Covid patient in India – the first time in a human, docs believe.

It comes after black and white funguses have swept hospitals in the country, which is battling the worst outbreak in the world. 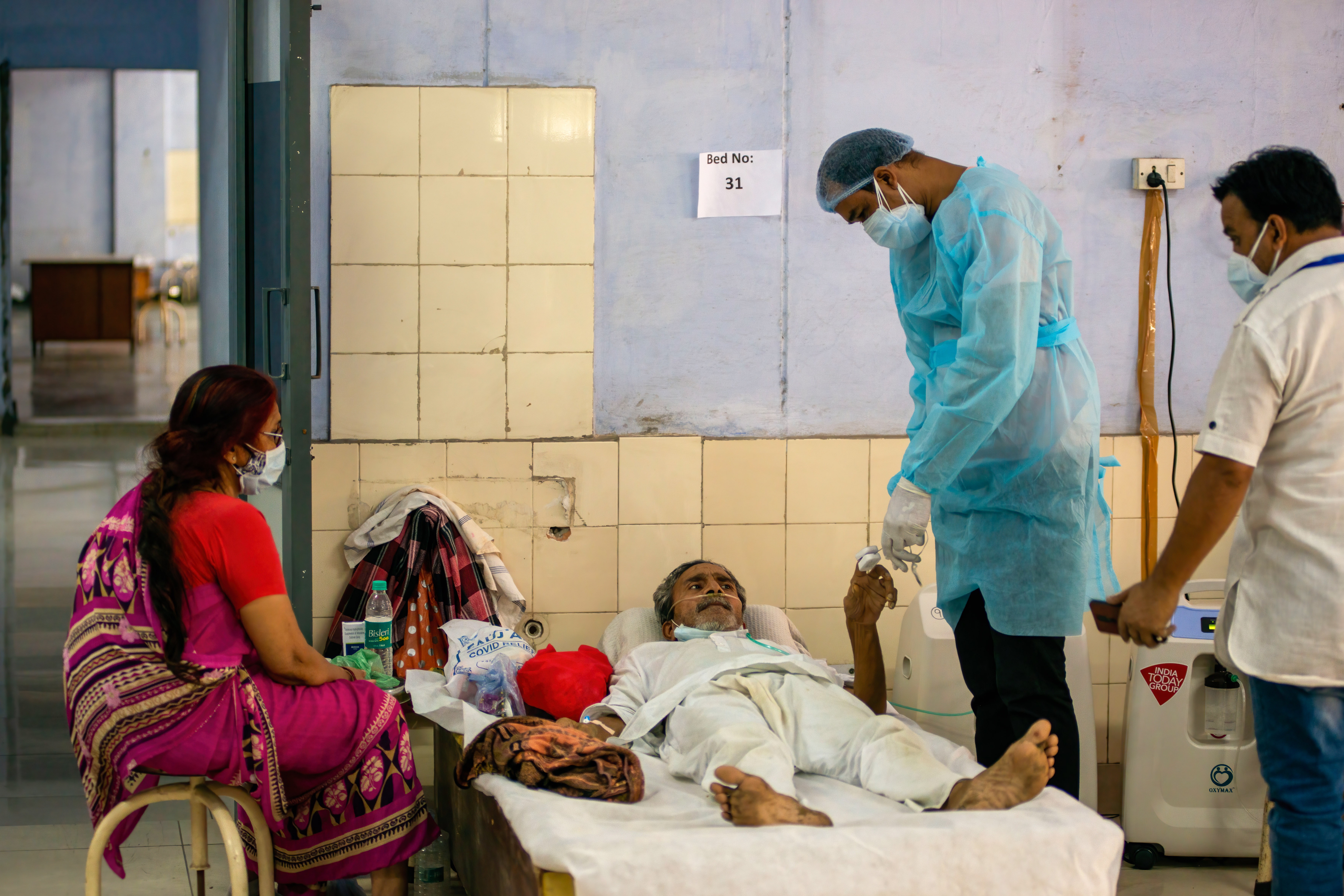 The yellow fungus was flagged by doctors at a hospital in Ghaziabad district, state of Uttar Pradesh near Delhi.

Dr BP Tyagi, an ear nose and throat specialist, said that a 45-year-old man had contracted a triple blow of black, white and yellow fungi infections.

“Yellow fungus is generally found in reptiles. I found this for the first time in humans,” he told local news agency ANI.

Both black and white fungus infections are known as mucormycosis, caused by mucormycetes which live in the environment in rotting vegetables and fruit, bread, soils and plants.

It is not clear if yellow fungus also falls into this category, as it behaves slightly differently.

The symptoms start internally and are more hidden, which could dangerously delay diagnosis, Dr Tyagi said.

It starts by causing lethargy and a reduced appetite, which already impact those with the coronavirus, as well as weight loss.

In the later stages of infection, yellow fungus can cause sunken eyes due to malnutrition and organ failure.

The patient in India also had “nose bleed and urine leak”, his son told news agency IAN. His eyes had swollen and closed up.

Yellow fungus can be treated but it takes longer compared to other fungi infections – which already can go unnoticed. 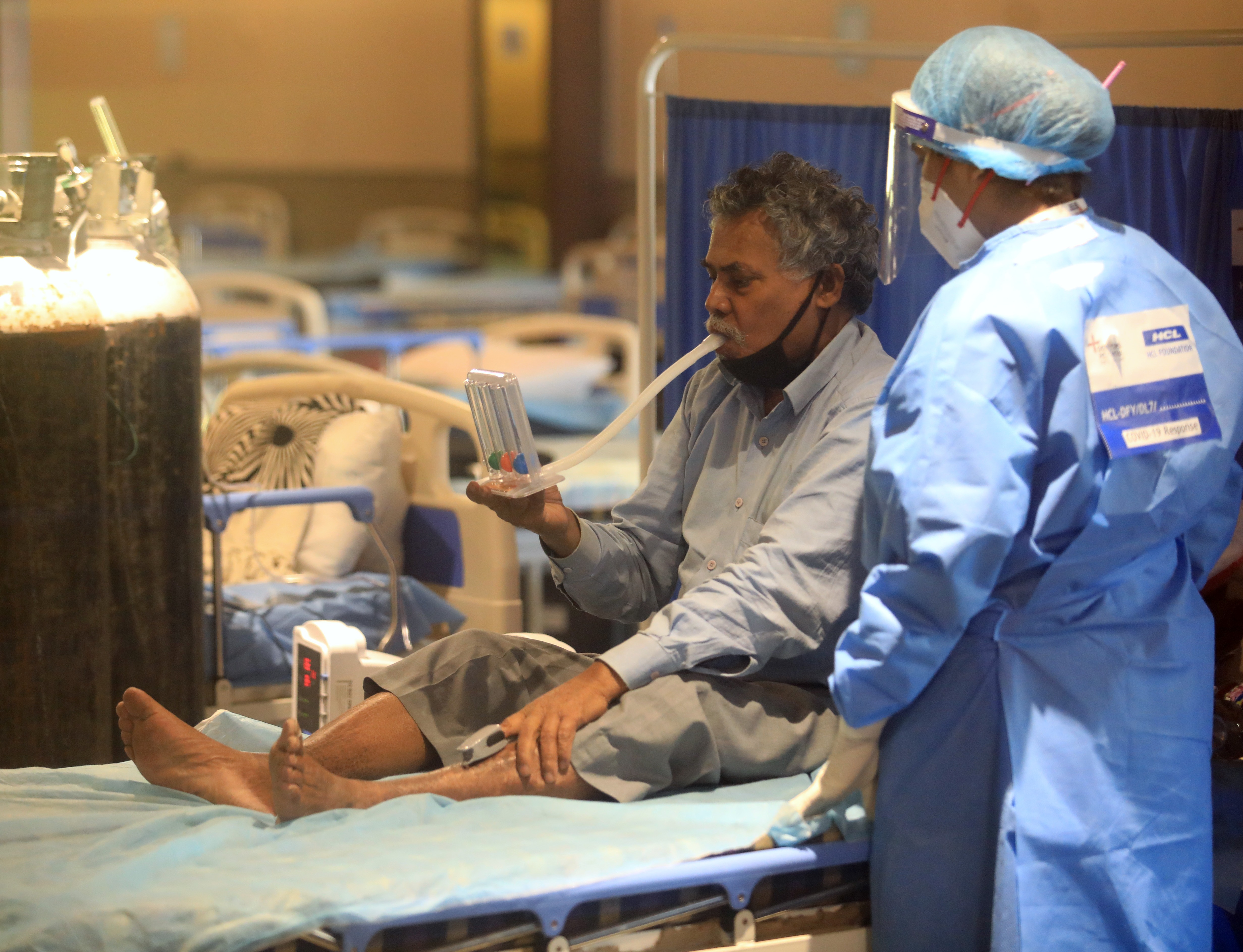 What are the symptoms of fungal infections in India?

Symptoms: Pain on one side of the face, toothache, discolouration over the nose, breathlessness and chest pain.

Outlook: Once inside the body, the fungus can sometimes spread through the bloodstream and affect organs, such as the brain, eyes, spleen and heart.

There are antifungal drugs that can be given, but in most cases surgical removal of the infected areas is very important. It can involve removing eyes, teeth, or other parts of infected flesh.

Outlook: White fungus affects the lungs and is less deadlier than black fungus, according to doctors.

Symptoms: Lethargy, loss of appetite and weight loss. Sunken eyes due to malnutrition and organ failure in the later stages of infection.

Outlook: The symptoms start internally and are more hidden, which could dangerously delay diagnosis.

Many patients have been diagnosed with a fungal infection after being discharged from hospital, by which point they have deteriorated.

In those with black fungus, infected tissue, typically in the face, can only be removed through surgery.

Thousands of patients have had to have their eyes removed – around 60 per cent in one hospital in the country’s second wave.

Meanwhile, white fungus affects the lungs and is less deadlier than black fungus, according to doctors.

Fungus has been sickening Covid patients in India for several weeks – and a shortage of appropriate medicine (amphotericin B) is exacerbating the problem.

The health ministry said on Monday there had been almost 5,500 cases of black fungus so far. 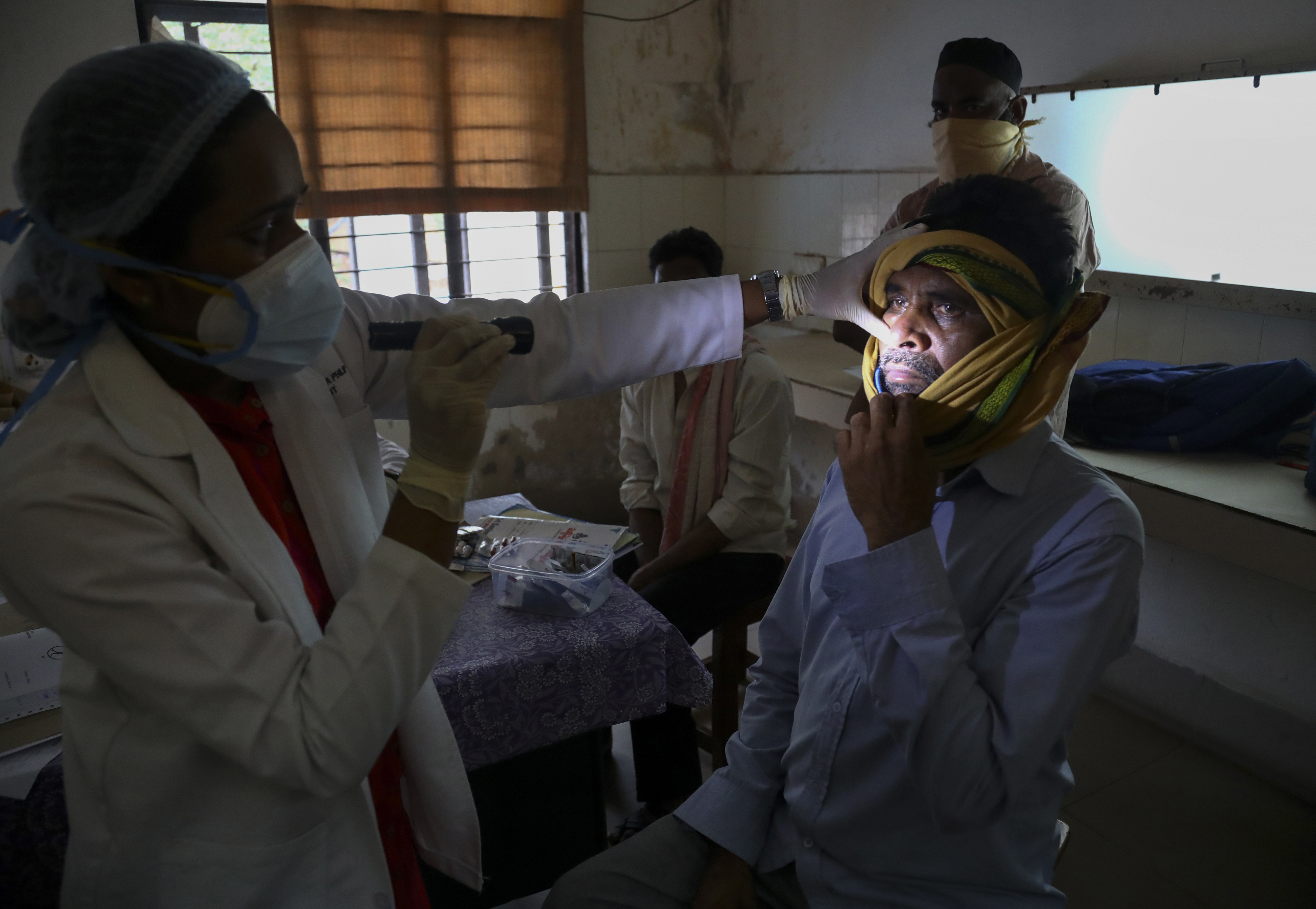 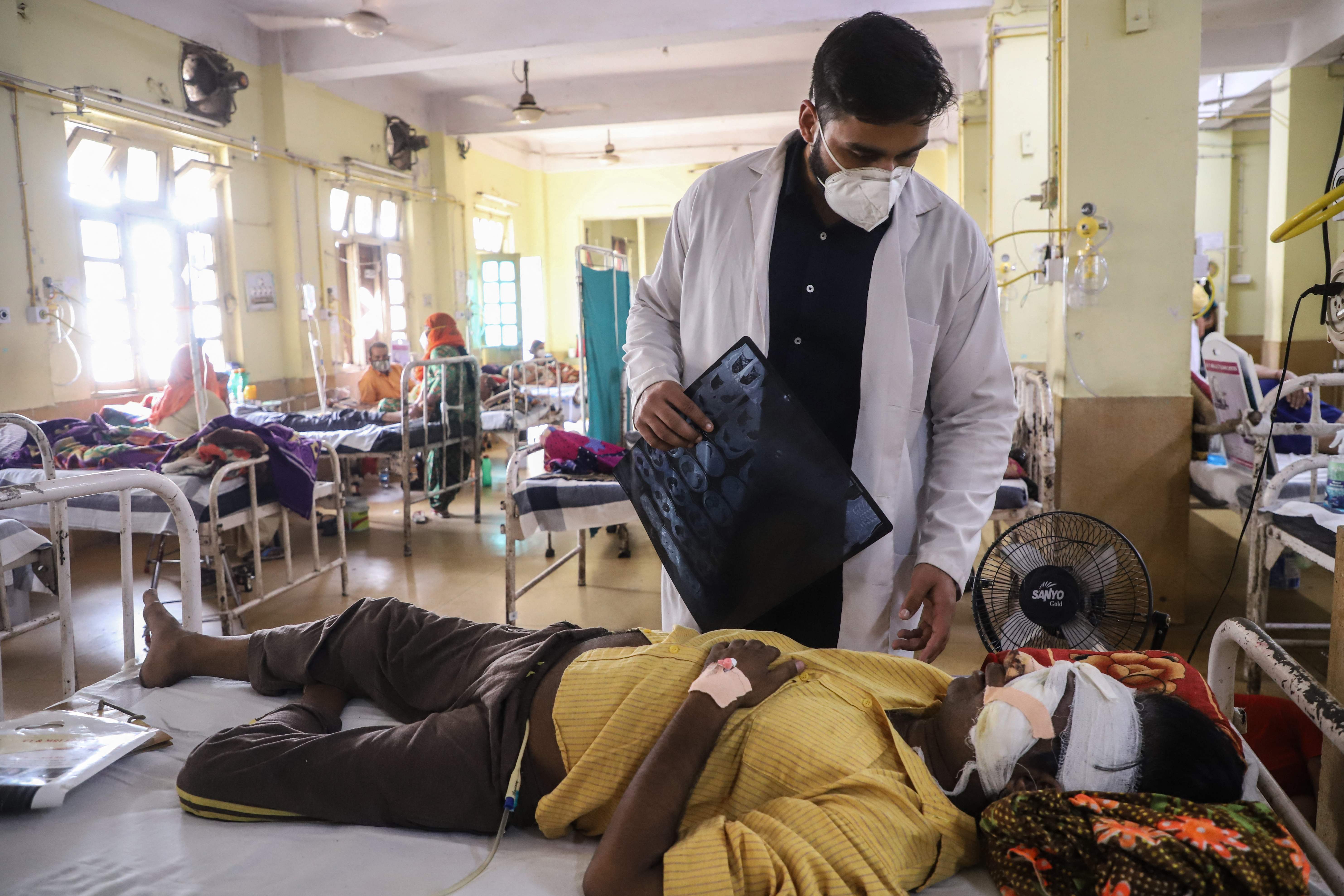 "In this battle of ours, another new challenge of black fungus has also emerged these days," Prime Minister Narendra Modi tweeted last week.

Mucormycosis has been described as a “serious complication of Covid-19” by Prof David Denning of the Global Action Fund for Fungal infections (GAFFI) and the University of Manchester.

What are the risks?

The patient who had all three types of fungal infection had been undergoing Covid treatment for two months.

Fungal infections have been seen mostly in those who are most severely sick and on ventilatory support.

Doctors think this may be due to the use of steroid drugs, which are used to treat severely ill Covid patients.

Steroids reduce inflammation caused by an overactive immune response to fight off coronavirus.

But can also reduce immunity and push up blood sugar levels, reducing the ability of the body to handle sugar.

This may also explain why mucormycosis is linked with diabetes.

Mucormycosis mainly affects people who have health problems or take medicines that lower the body's ability to fight germs and sickness.

It can be life-threatening in diabetic or severely immunocompromised individuals, such as patients with cancer or organ donor recipients.