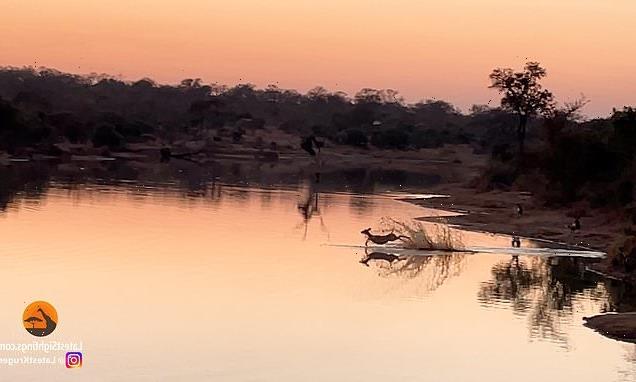 Great escape! Death-defying impala shakes off SIXTEEN hungry wild dogs by diving into a crocodile-infested dam before dodging a pod of grumpy hippos in dramatic footage

This is the dramatic moment an impala escaped 16 hungry African wild dogs by diving into a crocodile-infested dam and swimming away from a pod of grumpy hippos.

Ranger Daniel Hitchings, 24, was out guiding guests at the Thornybush Game Reserve in Kruger National Park, South Africa, when he saw the wild dogs running across the reserve.

Just moments later, an impala that had wandered into their territory for a drink at the waterhole found itself executing a death-defying escape as it tried to flee the predators.

Footage shows the terrified creature outrun the wilds dogs and swim across a crocodile-infested dam before finding safety on the other side. 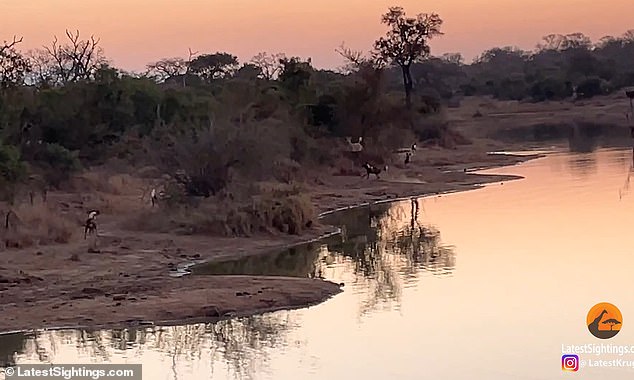 The impala is chased by 16 hungry wild dogs at the Thornybush Game Reserve in Kruger National Park, South Africa 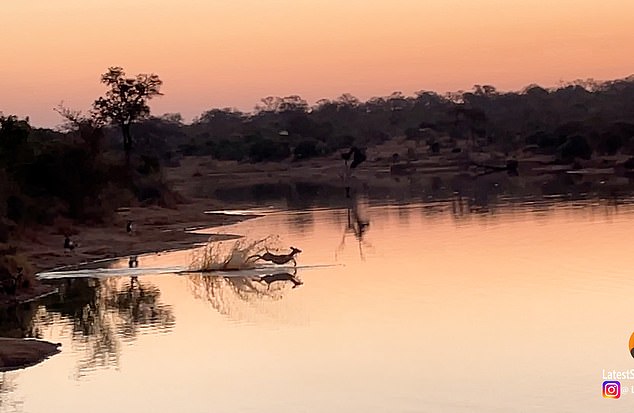 The animal, which had been drinking from a nearby waterhole, runs away from the wild dogs and jumps into the crocodile-infested dam

During the clip, the wild dogs begin to chase the impala after spotting it in their territory.

With a giant leap the impala clears the first wild dog but then realises it has no way out as the rest of the pack encircle it.

The animal then leaps into the crocodile infested water with two huge bounds and swims furiously to the other side in search of safety.

As it swims through the water it is met with a pod of grumpy hippos lying in the shallows on the other side who are not in the mood to give the impala an easy way out.

But as one of the beasts makes a lunge for it the impala swiftly dodges the animal and tears off into the African bush having pulled off an incredible great escape against all the odds. 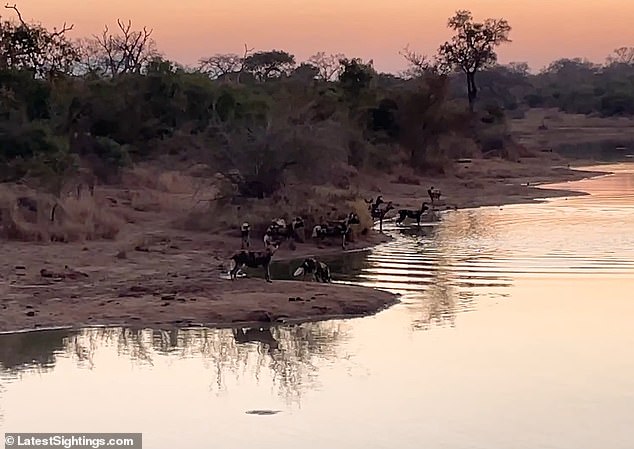 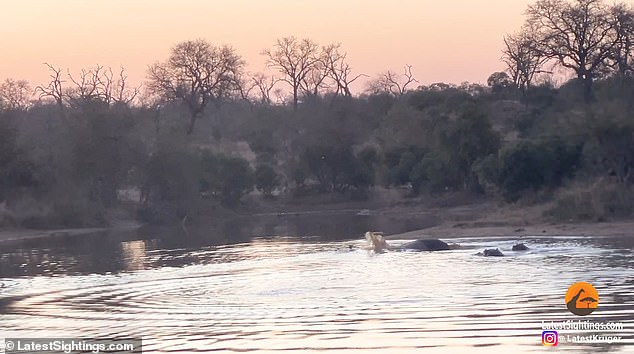 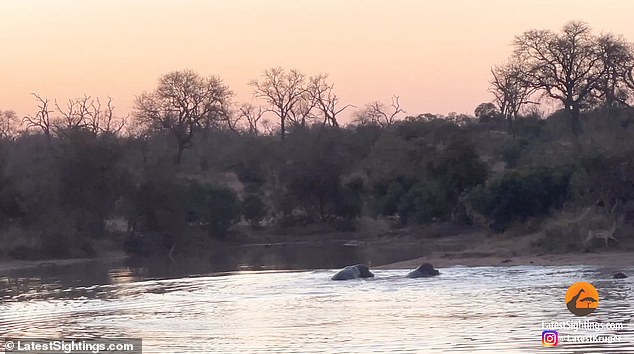 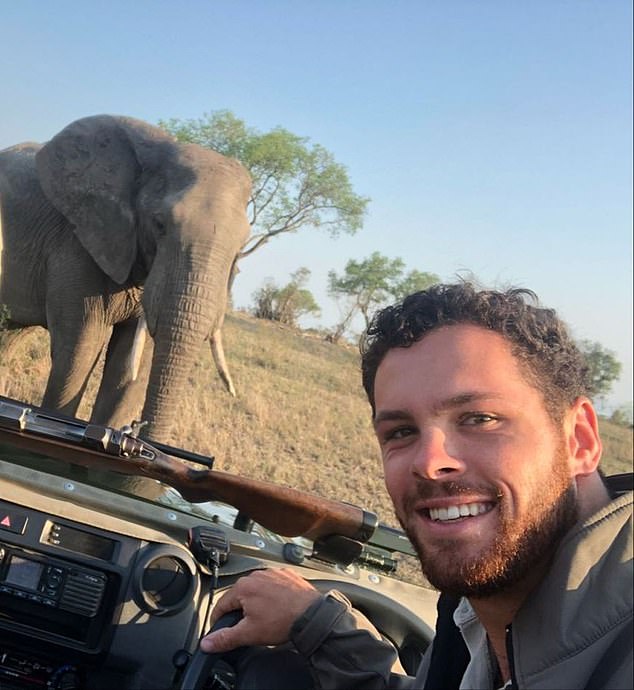 Ranger Daniel Hitchings (pictured), 24, from Johannesburg, said the impala escaping the wild dogs was ‘quite amazing’

Mr Hitchings, from Johannesburg, said: ‘For the impala to escape the wild dogs and then not got taken down by the crocodiles in there and get past the hippos was quite amazing.

‘Sometimes luck is on your side and sometimes it isn’t. It was this impala’s day.’

Impalas can typically run over a short distance at up to 55mph while African wild dogs can run for miles at a constant speed of 45mph until their prey is finally exhausted.

As their prey tires they nip the legs, belly and flanks until they collapse. But fortunately for this impala the canines wouldn’t risk the swim and were left hungry on the bank.