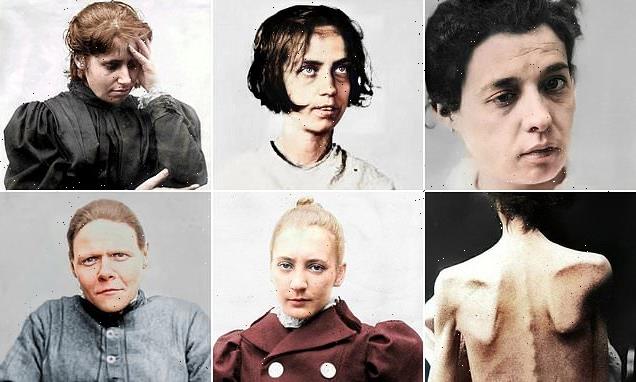 Bedlam horrors brought to life: Colourised images from 1800s give haunting glimpse behind the walls of notorious ‘lunatic’ asylums in Britain and France

An inmate suffering from facial spasms, another with severe anorexia, a third who was ‘constantly talking’ – these women were all prisoners in brutal lunatic asylums in the 19th century.

Their haunting images are among several photographs of people who were locked up in institutions in both the UK and France which have been painstakingly colourised and enhanced.

Also seen is Harriet Jordan, a cloak and mantle maker, who was admitted to the infamous Bethlem Asylum, in London, aged 24, in May 1858 suffering from what was described as ‘acute mania’.

The institution was nicknamed ‘Bedlam’ because it specialised in treating people who were deemed to be mad.

Constance Butterworth was a patient at Holloway Sanitorium, an upmarket lunatic asylum in North London.

Pictured in 1898, she suffered a bicycle accident which rendered her ‘morose’ and left her with thoughts that ‘devils had taken possession of her’. She is said to have then rapidly deteriorated.

Two pictures of male inmates also feature, including Grenadier Guard William Green, who was admitted to the infamous Bethlam, in March 1857, when he was 33 after being diagnosed ‘paroxysmal and intermittent mania’.

The images were colourised by Colin Webb, 40, from Aldershot, Hampshire, who runs the popular Facebook page Electric Colour. 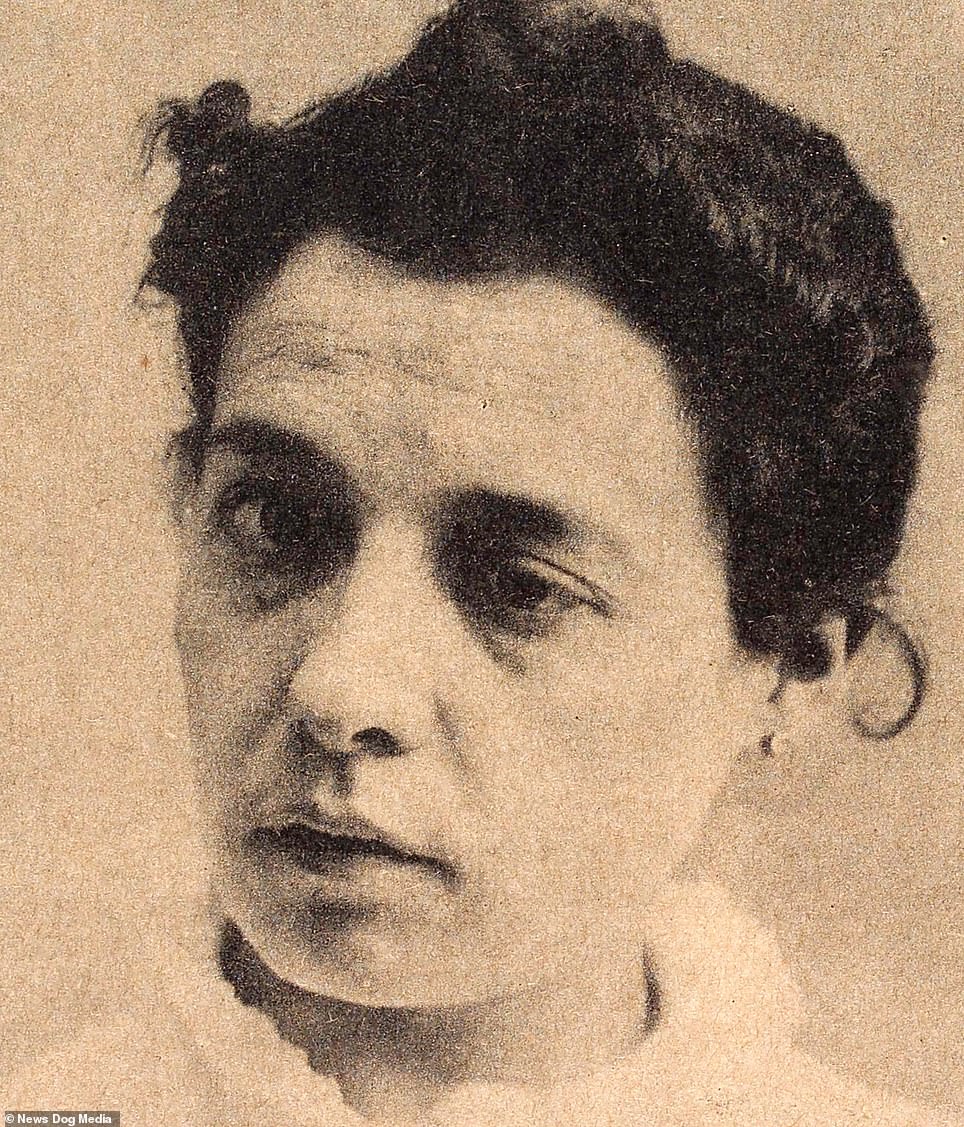 Colin Webb, from Aldershot, who runs the popular Facebook page Electric Colour, has colourised a series of images of people who were inmates in lunatic asylums in the 19th century. Above: A woman suffering from facial spasms, which were deemed to be a sign of ‘hysteria’, at the Salpetriere Hospital in Paris in the 1880s 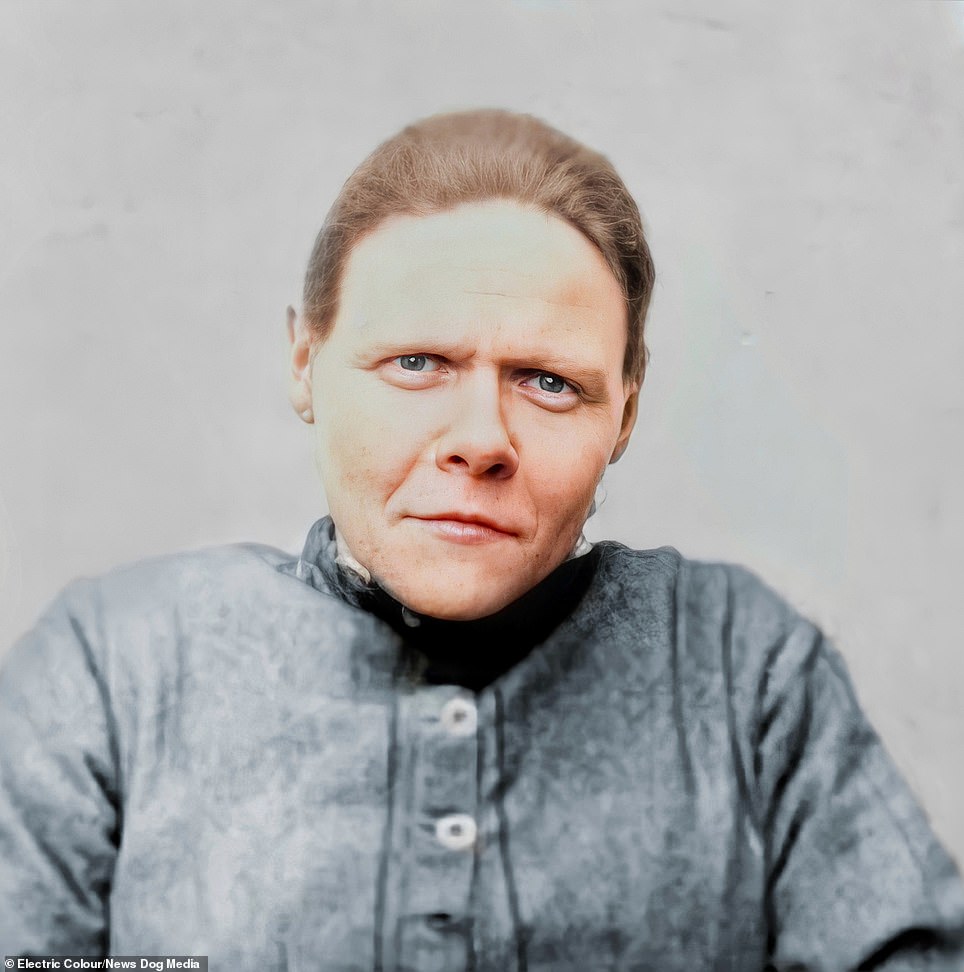 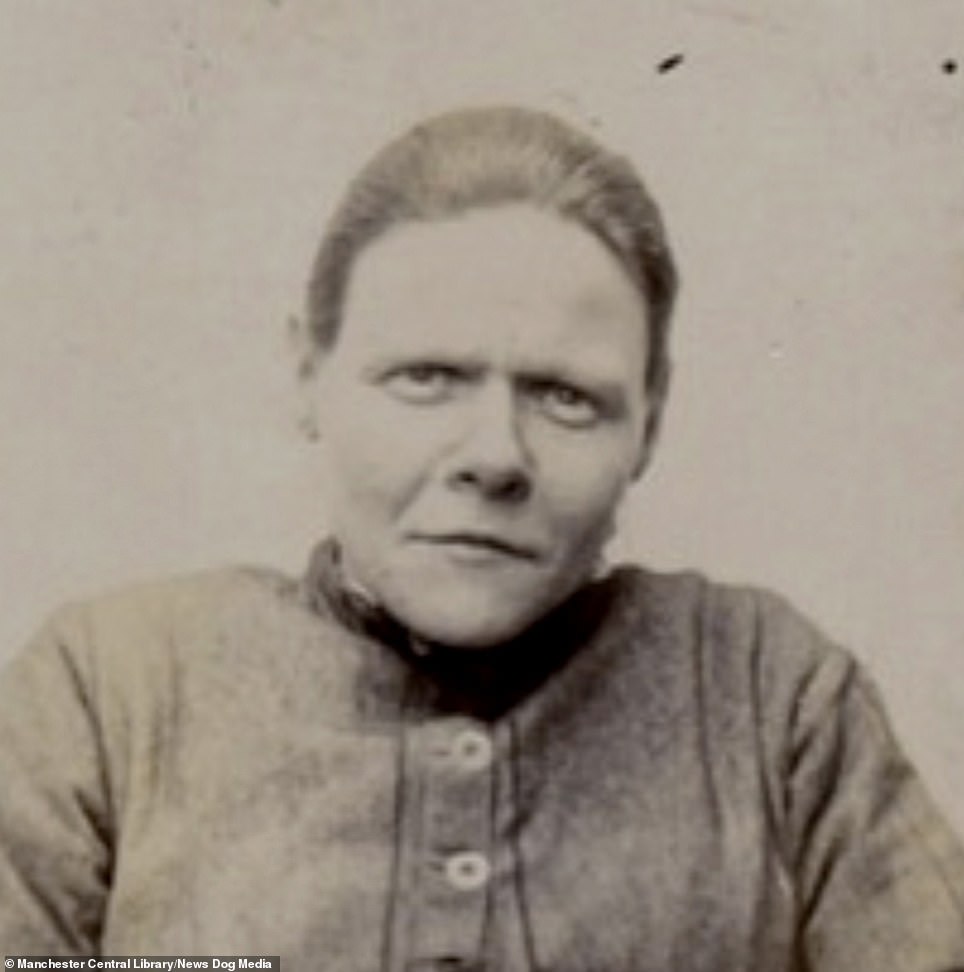 Mary Alice Thorpe, was admitted to Prestwich Asylum, Manchester, on March 7, 1901, when she was 31-years-old. She is described as being noisy and constantly talking. In her record it is written that she believes she is ‘related to royalty and nobility and has friends that are very rich’

The married father-of-two said: ‘I mainly use Photoshop Elements and historical research to get the colours as accurate as I can.

‘It usually takes between three and six hours per image, but it can take longer depending on how much detail there is in the image.

‘I’ve always been interested in all periods of history and I colourise photographs to make history more accessible.

‘It should hopefully give people a better idea of what people in the past looked like when they were alive. It’s kind of a digital time travel.’

Also seen are several patients who were inmates at the Salpetriere Hospital in Paris. One severely malnourished woman was suffering from what was described as ‘anorexic emaciation’ due to hysteria.

Another image just showed the bottom half of a woman at Salpetriere whose muscles were tightening – a condition blamed on hysteria. It was noted that she was set to have an operation.

Although institutionalisation of patients with mental health problems was not invented in the Victorian era, there was a huge rise in the numbers of asylums and patients admitted to them in the 19th century.

The first known asylum in the UK was at Bethlem Royal Hospital in London. It had been a hospital since 1247 but began to admit patients with mental health conditions around 1407. 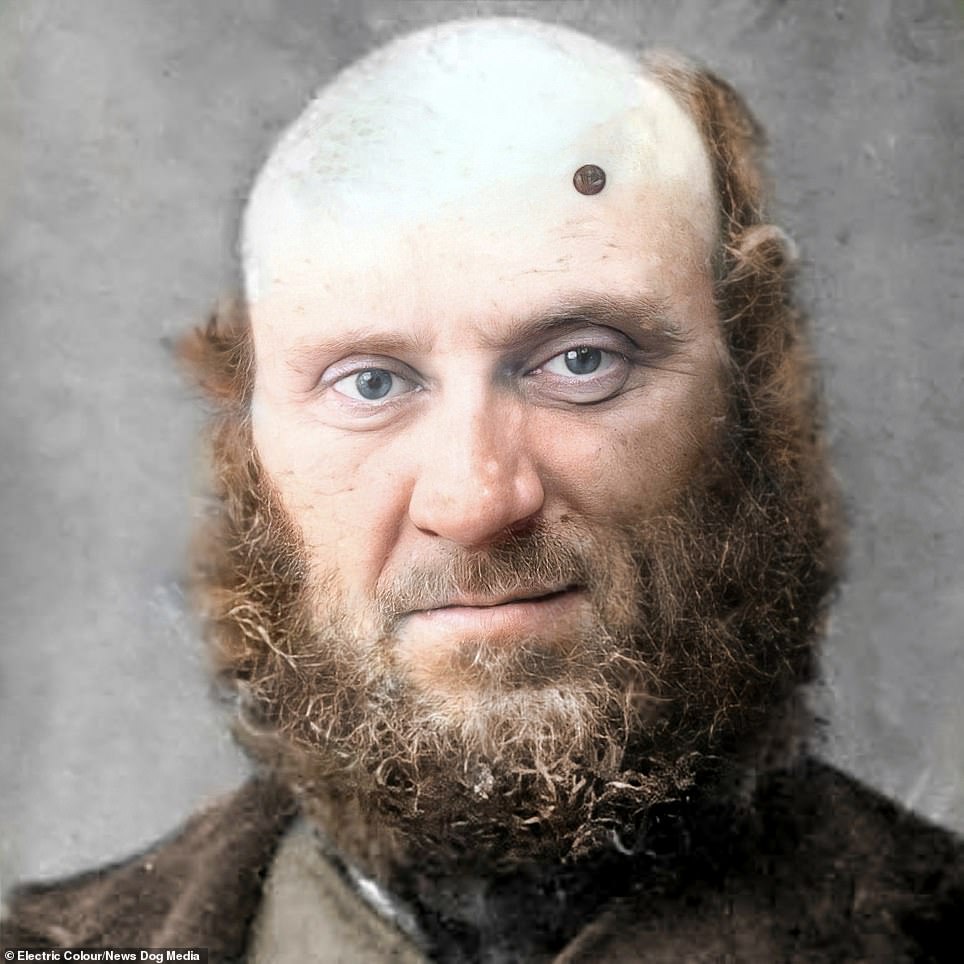 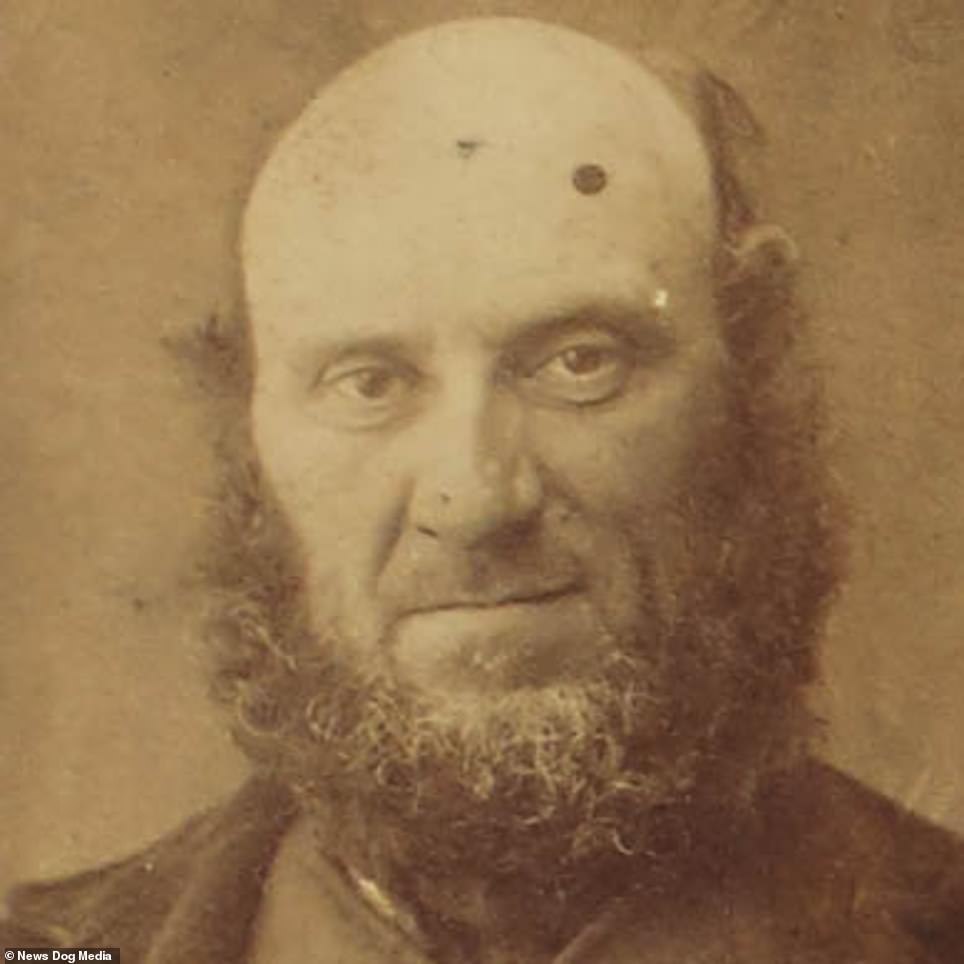 Matthew Greenwood, 45, was a farmer who was admitted to Norwich Country Asylum on December 8, 1882. He’s been addicted to drink for the last two years and taken to ‘wondering about and unsettled in his mind.’ He’d become impoverished and his mother was also a patient at the asylum. He recovers and is discharged in April the following year 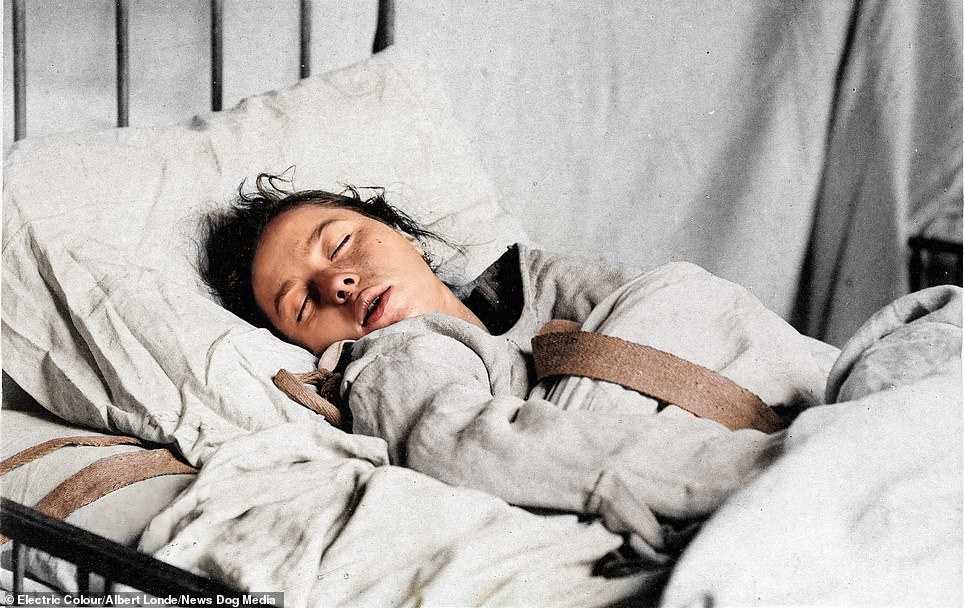 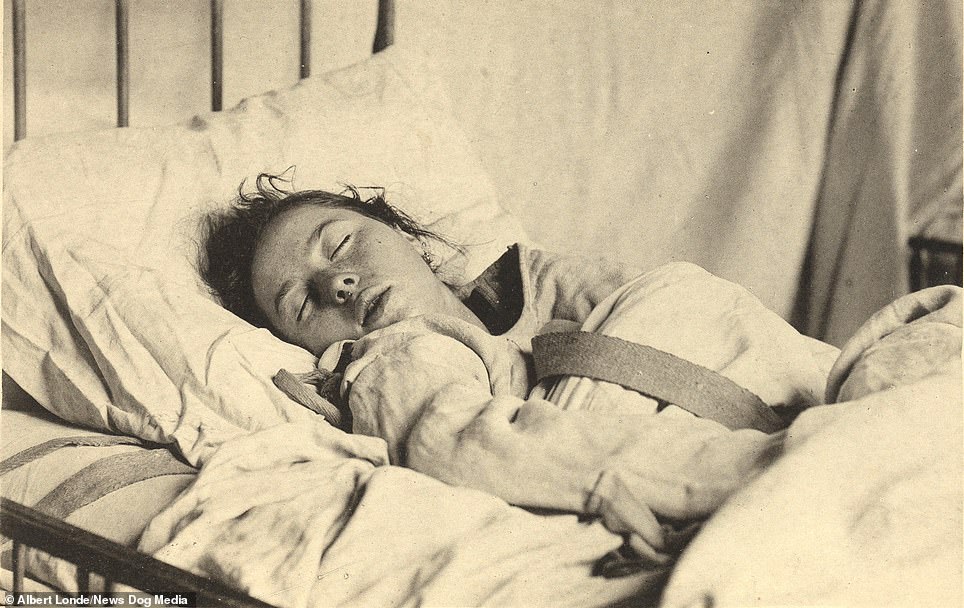 A female patient at the Salpetriere hospital who allegedly had hysteria-induced narcolepsy. She appears to be tied to her bed 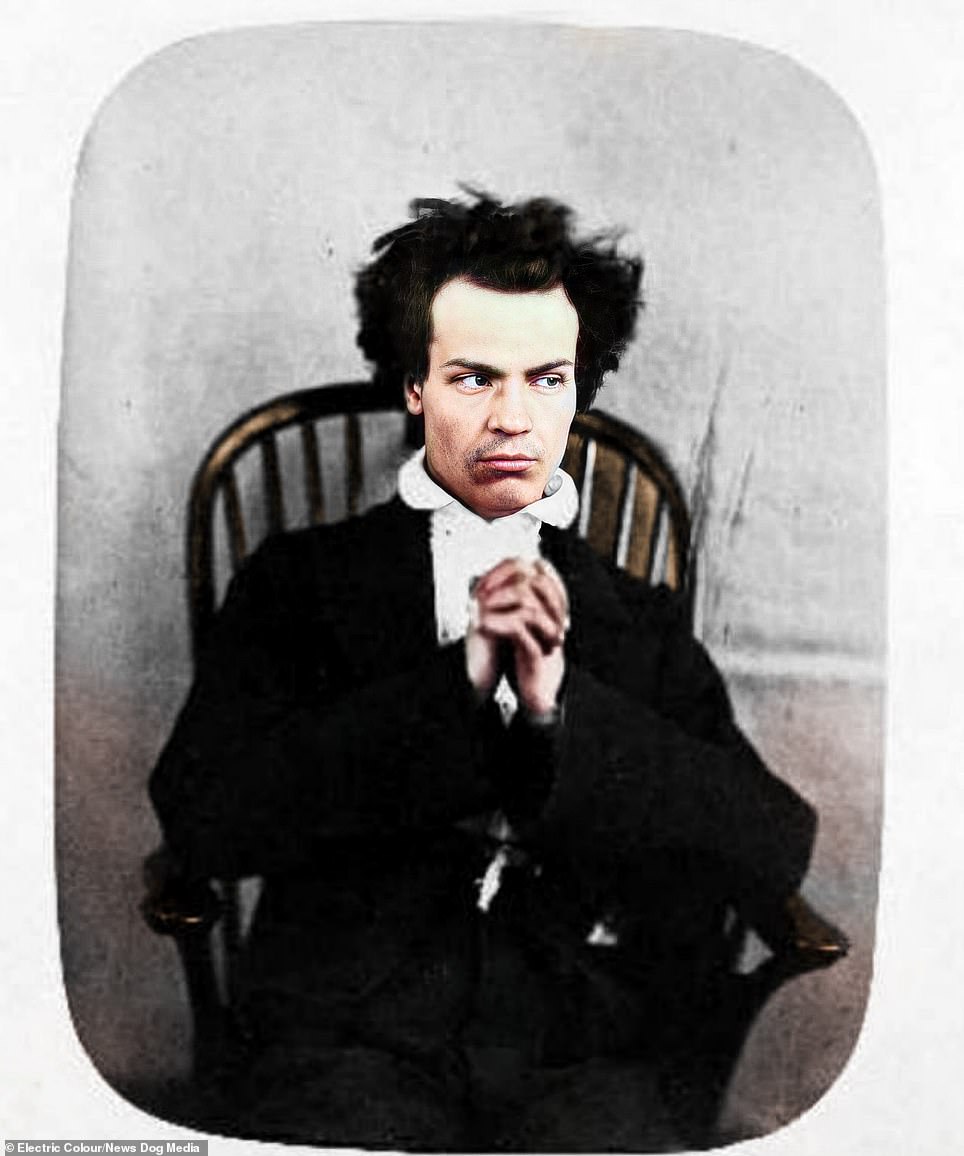 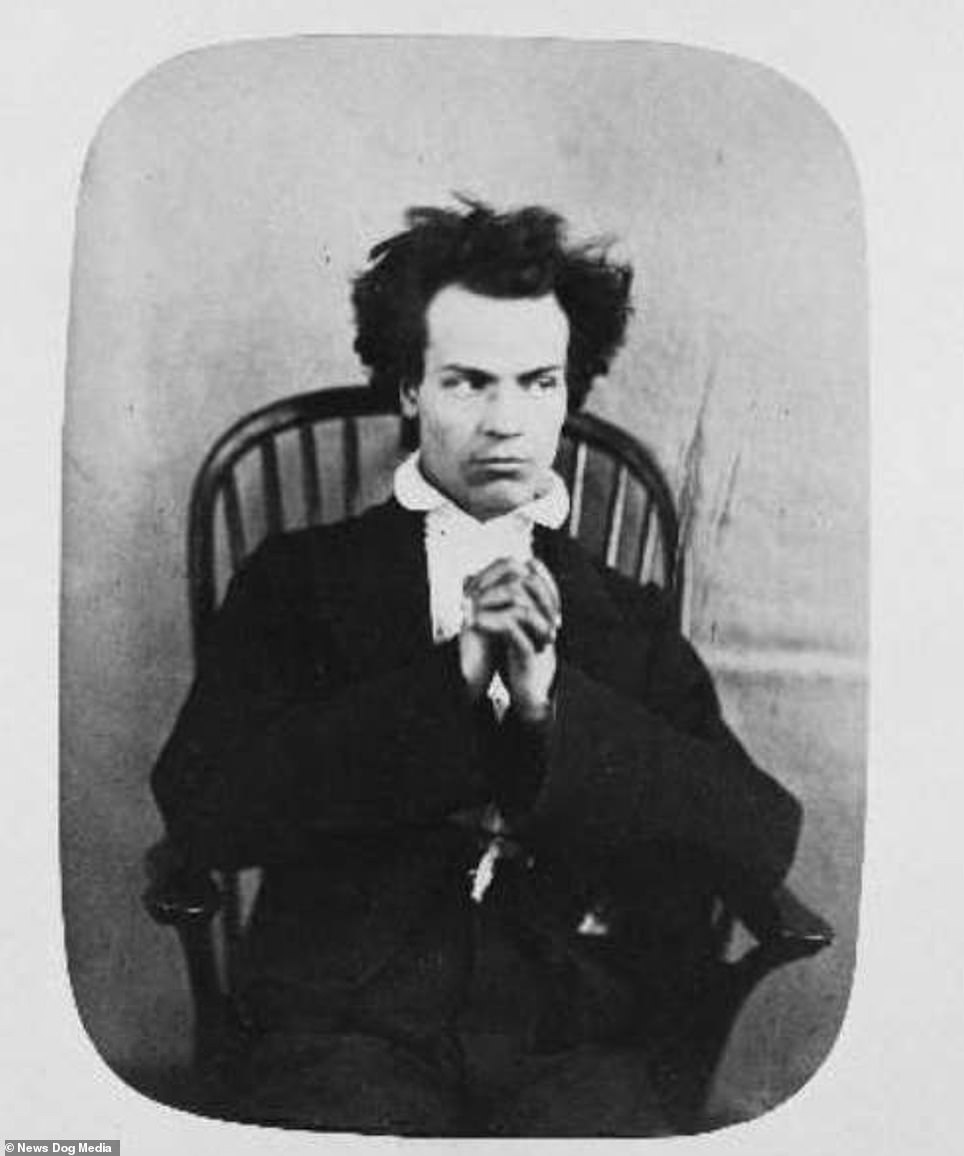 William Green, a Grenadier Guard, was 33 when he was admitted to Bethlem Asylum, in March 1857. He was diagnosed with ‘paroxysmal and intermittent mania’ 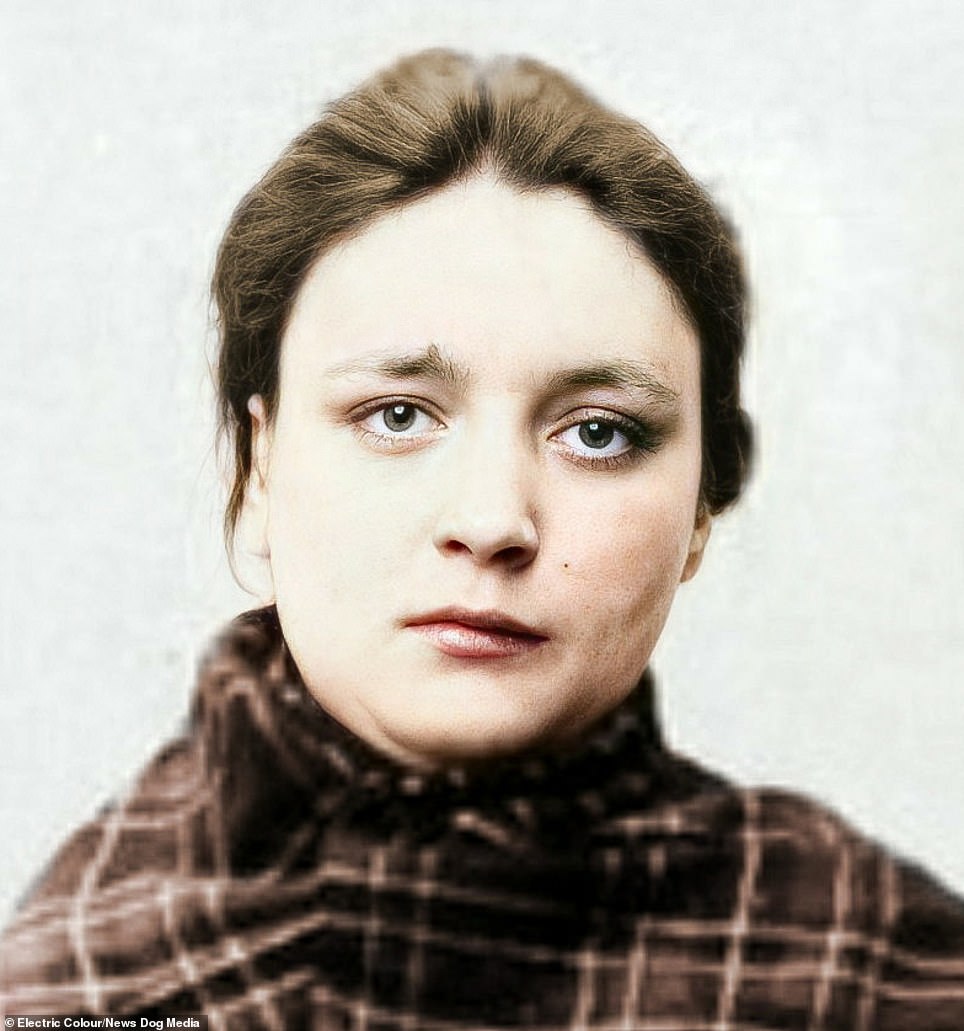 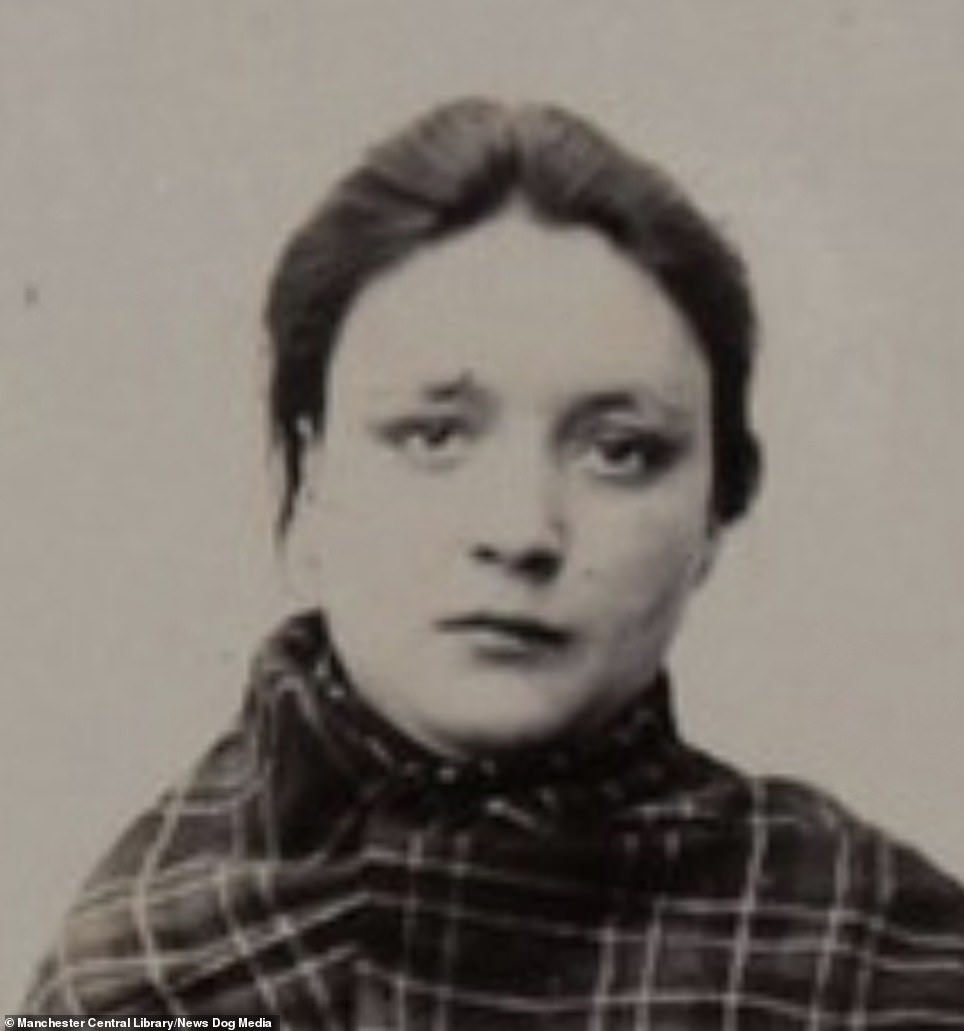 Sarah Ann Russell was admitted to Prestwich Asylum, Manchester on the 17th April, 1901, when she was 24-years-old. In her notes it is written: ‘She says she does not know why she refuses to take her food. She is also afraid that the people in the workhouse may kill her’

Patients were often considered as ‘mad’, as suggested by The Mad House Act of 1774. This was superseded in 1853 by The Lunatic Asylums Act.

The old asylum system in the UK had become too big to manage by the 1960s and it was announced in 1961 that many would close.