A MUM says people cross the street to avoid her – because of her tattoos.

Amy Smith has been getting tatted since the tender age of 13, and is sick of other parents judging her for her extensive ink. 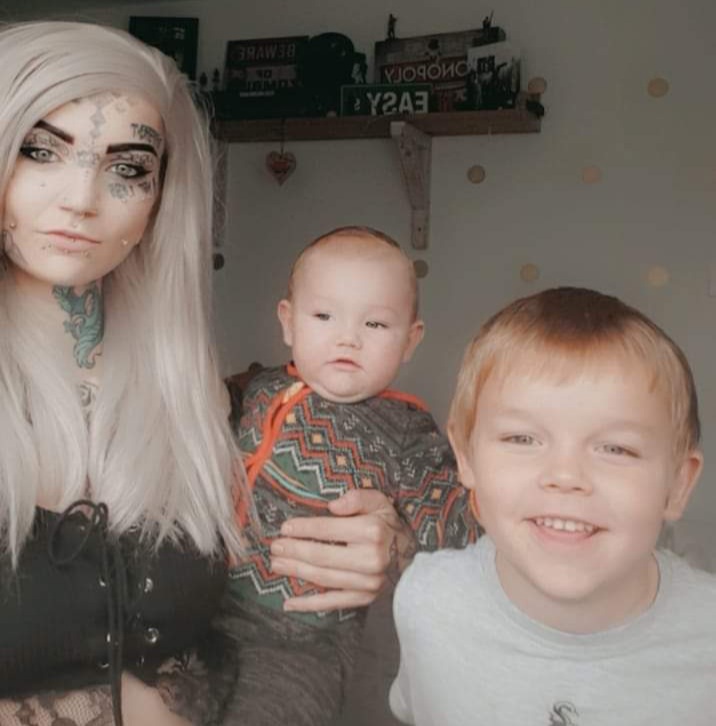 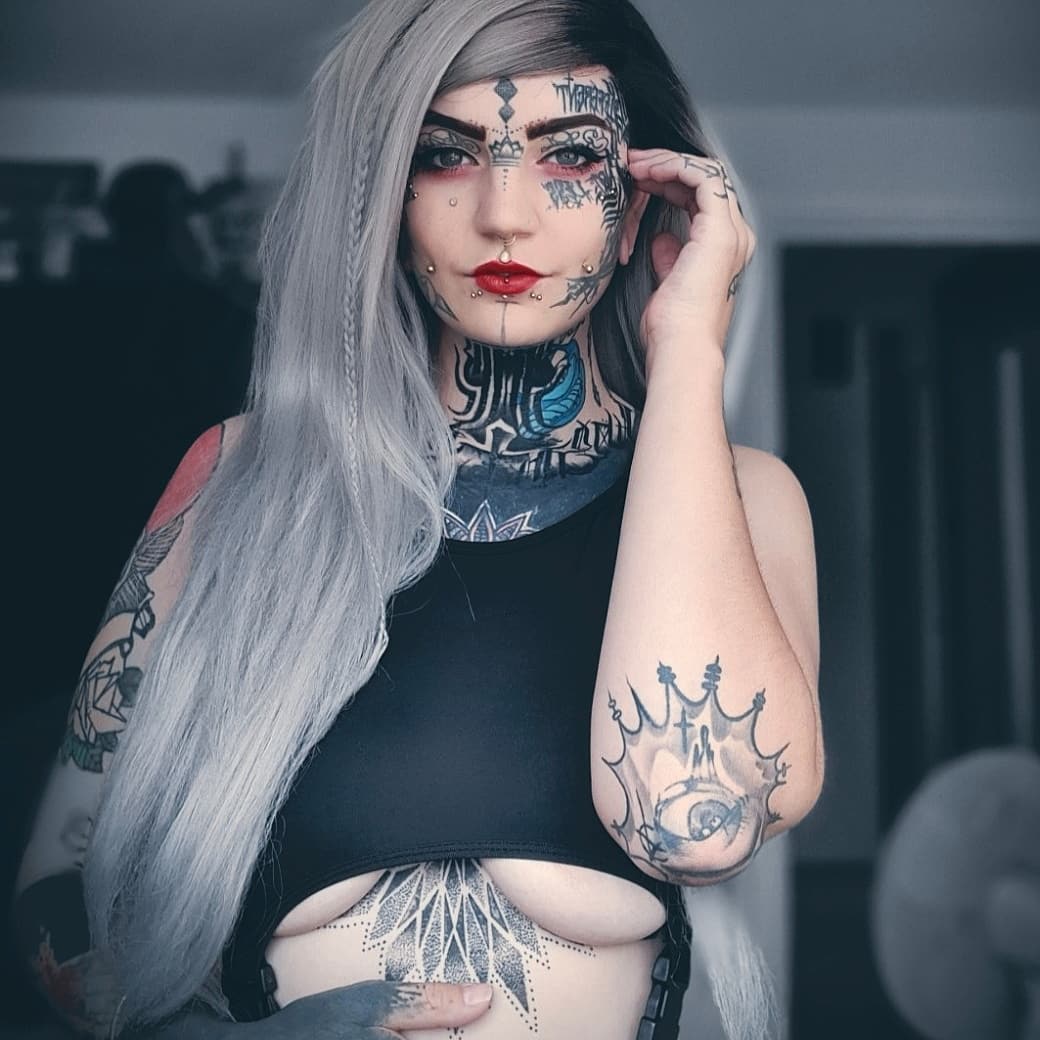 The mum-of-two, 23, even tattoos herself.

The alternative model is mum to two boys, Elijah, 6, and Remy, 1, but she says other mums and dads judge her for her heavily tattooed skin.

Amy claims security guards follow her in shops, and other parents cross the road to keep her away from their children.

She said she feels extra pressure from people who believe women should look stereotypically feminine, especially as a mum.

She said she has even been told she "shouldn’t look like that".

Her oldest son, Elijah, is particularly protective over his mum, and notices when strangers’ comments upset her.

The six-year-old even draws his own tattoo designs for his mum to cheer her up.

She said: "Now, I have two children, Elijah and Remy, and my tattoos attract a lot of attention.

"Parents my own age can be very judgemental – some parents cross the road to get their children away from me, and I tend to get followed by security in shops that don’t know me.

"My kids have witnessed the negative comments and they see the way that it makes me feel – I feel like my kids are far more accepting than most people because of it.

"However, it can also be really heart-warming. I get spoken to a lot on the school run or at school events, and parents have even turned round and told me that they would love to be able to have tattoos like mine.

"I know that as a parent, I shouldn’t be scared to be who I want to be."

Amy hopes to continue using her experience to show her children – and other parents – how important it is to be yourself and let other people do the same.

She said: "Sometimes people tell me, ‘you’re a parent’ or ‘you’re a woman,’ so I ‘shouldn’t look like this’ – I’ve had my fair share of backlash.

"Still, some of the responses I’ve had make me feel really great – I’ve had messages on Instagram with people telling me that I’ve inspired them to get a tattoo that they wanted.

I don't regret a thing

“I don’t regret a thing – my tattoos have changed my life. It’s brought so many opportunities to do some really amazing things.

"I’m comfortable with who I am, and I want to encourage my children to feel the same way."

And the people who actually know Amy are incredibly supportive.

She says that her tattoos are a conversation starter on the school run, and some parents do chat to her, even asking for advice about getting their own tattoos.

Now, Amy wants to use her platform to show that tattoos can be a great art form, and have opened many doors for her, including her modelling career.

She hopes to raise her sons to be open and accepting of others – no matter how they look or dress.

"I remember watching Miami Ink when I was around ten, and from then, my heart was set on getting tattoos and learning how to do them.

"I got my first tattoo at thirteen – a stick-and-poke, but because I was so hell-bent on learning how to do tattoos, I was bought a tattoo machine for my fourteenth birthday.

"That really helped me to get the practice I needed to get into the industry." 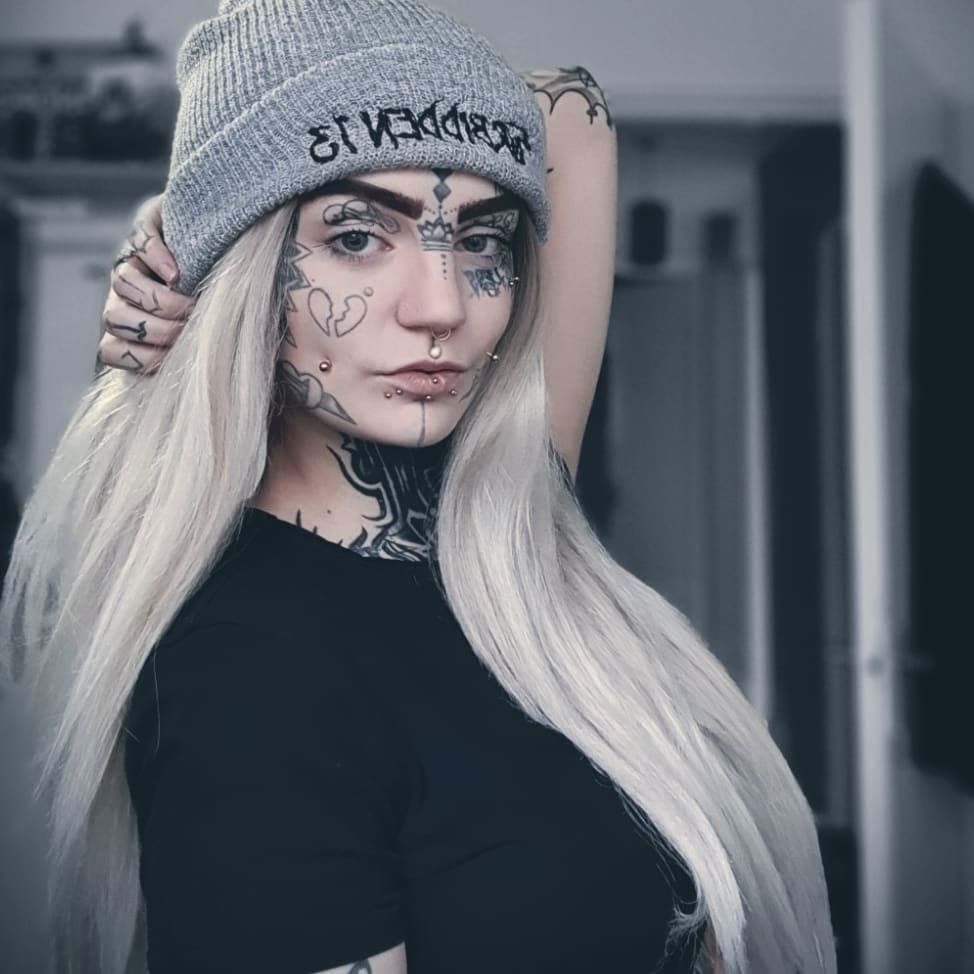 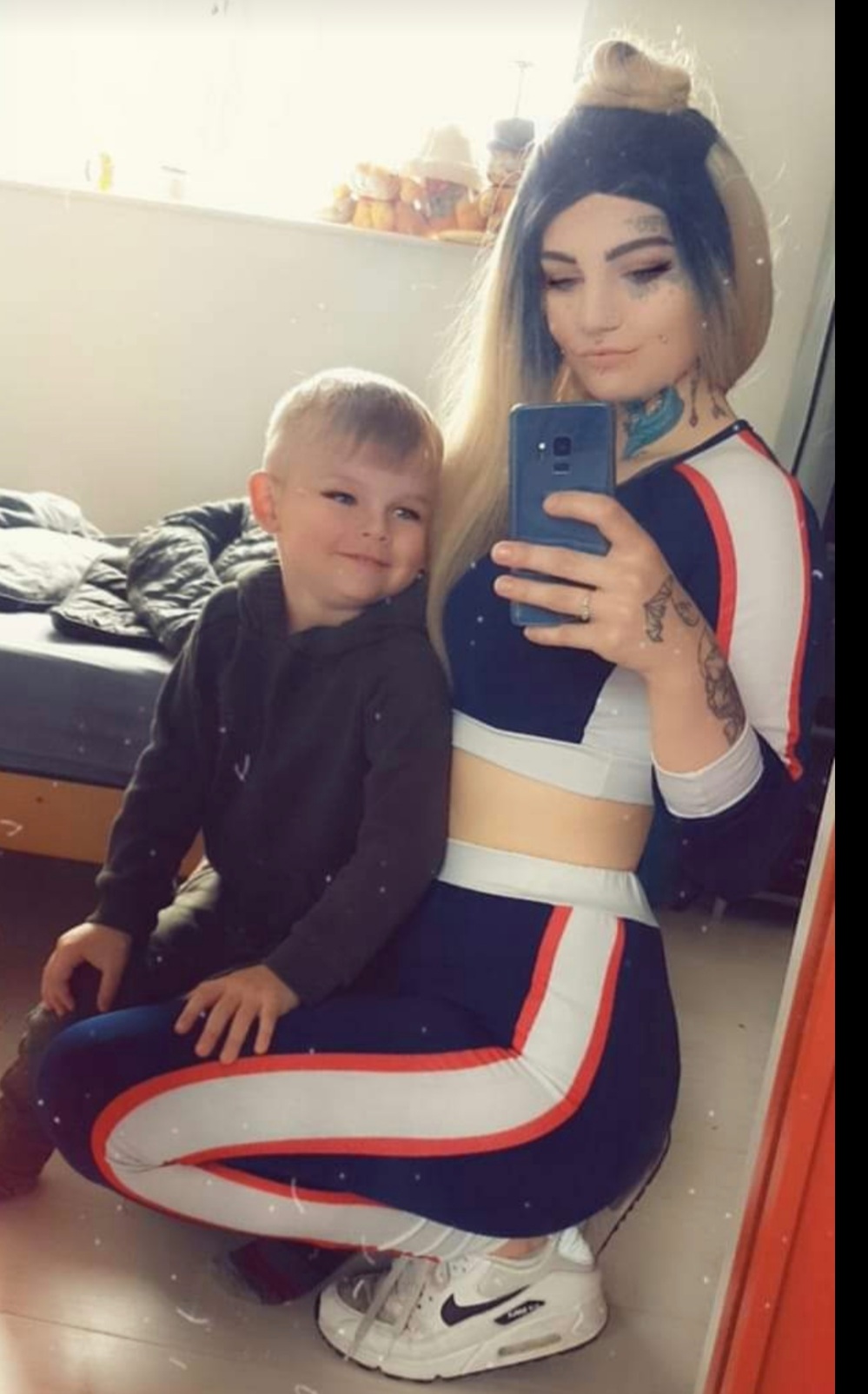 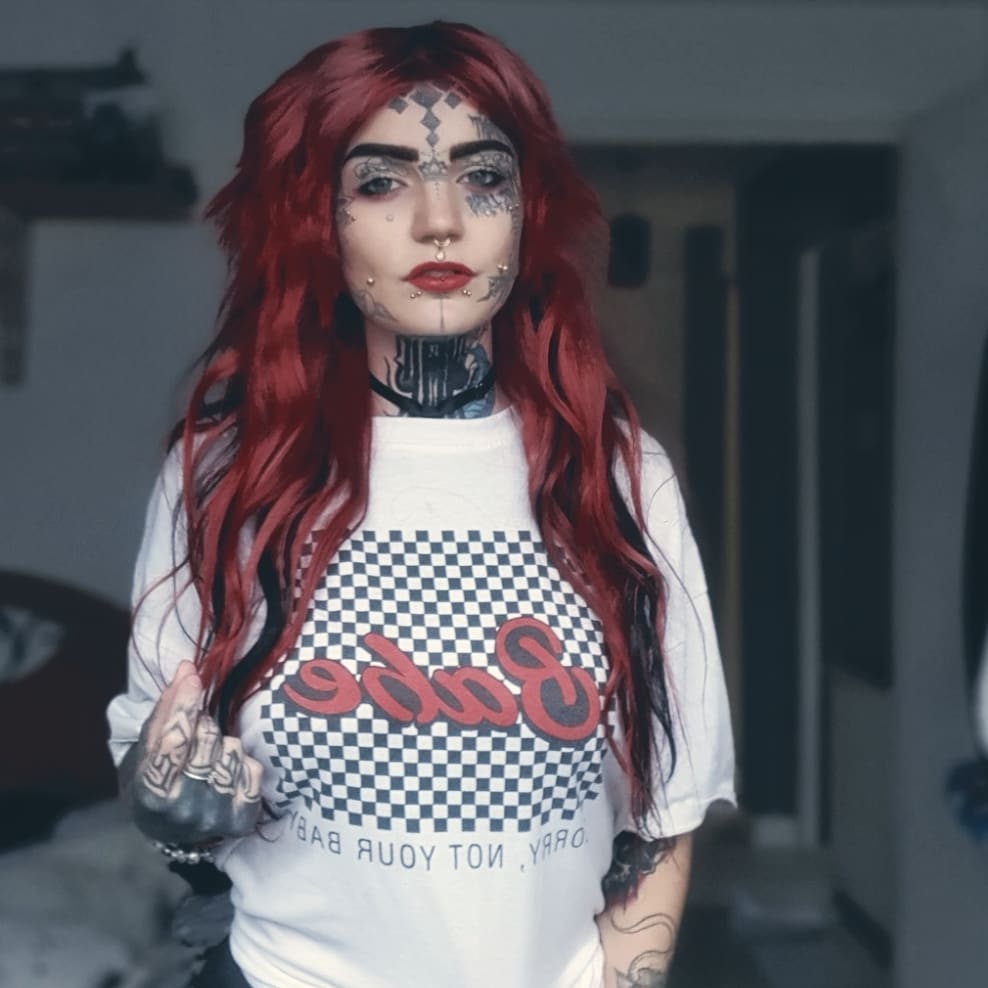 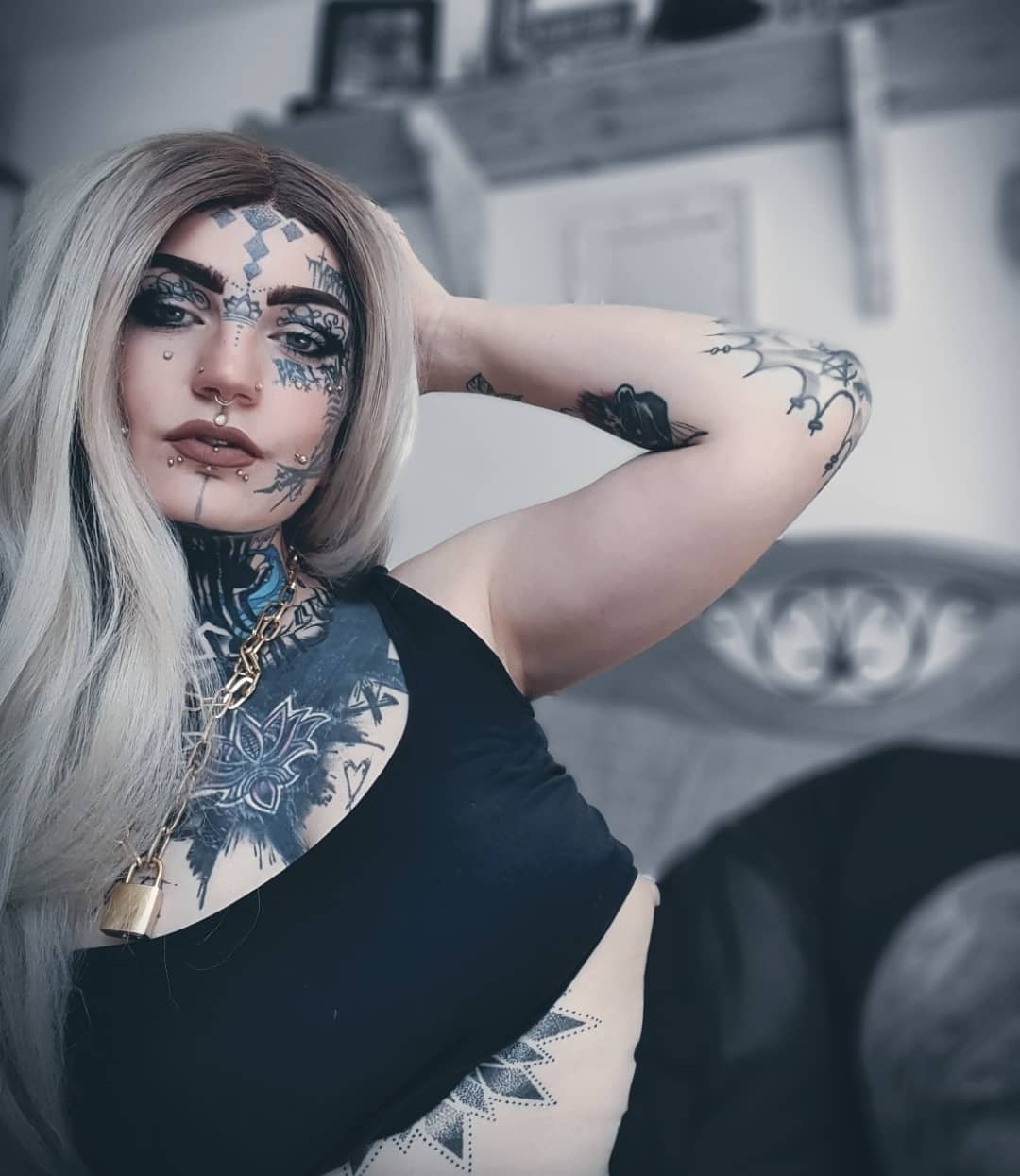