JAKOB cowered in the corner too terrified to fight back as blows rained down on his head.

Weeks earlier he had quit his homeland of Poland to come to the UK on the promise of a good job, a decent wage and comfortable accommodation. 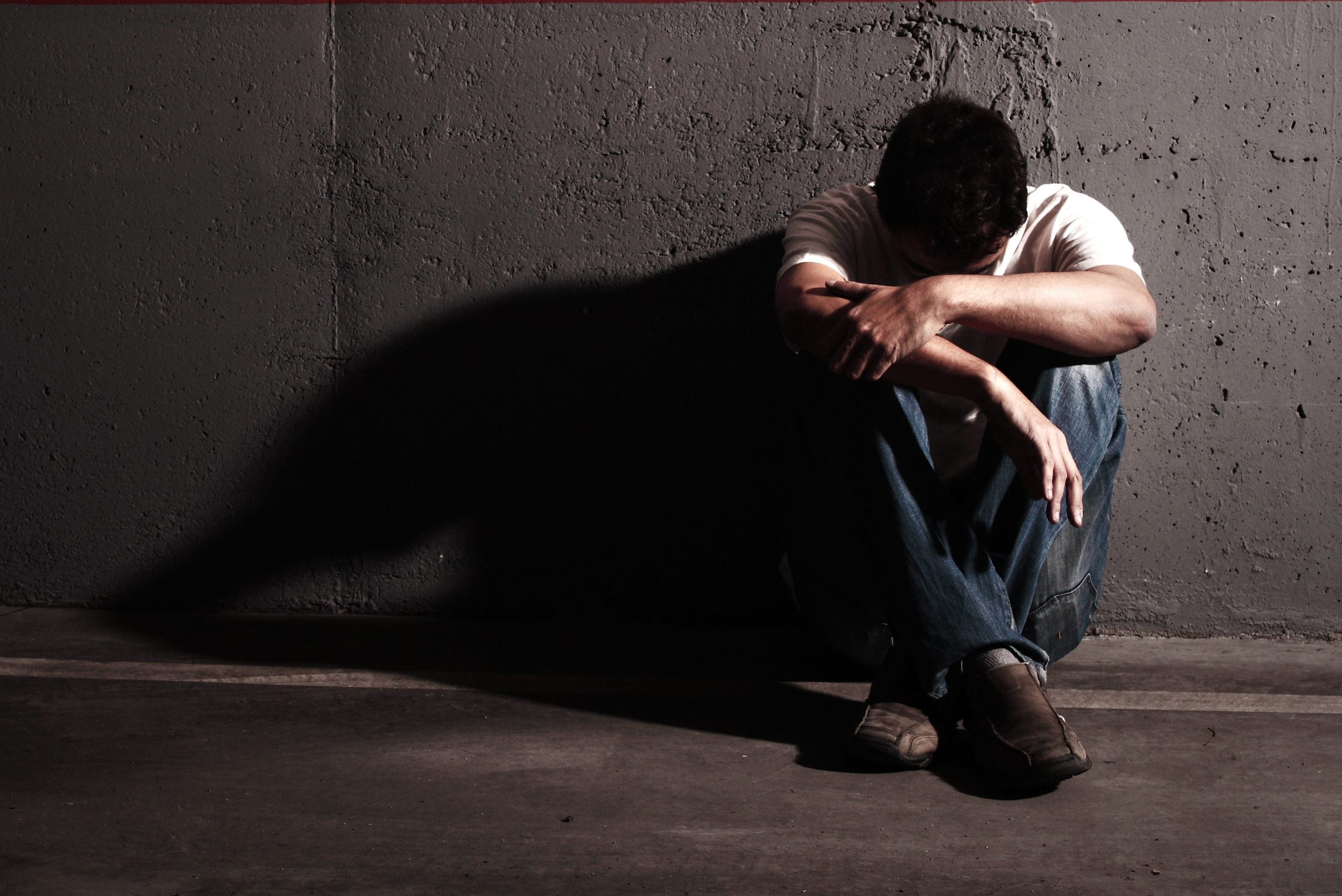 Instead he found himself a prisoner living under the constant threat of violence, beaten with a belt and forced to walk the streets in all weathers, delivering and collecting fake charity bags.

His passport was confiscated so he had no way of returning home and his wages were withheld so he often went hungry, surviving on just £30 a week.

Jakob – whose name has been changed because he is still petrified his gangmasters will find him – is one of an estimated 136,000 victims of slavery in the UK, who live alongside us unnoticed, washing our cars, painting our nails and delivering charity bags.

When slaves do manage to escape from their masters – 7,000 were rescued in Britain last year – they are shockingly only entitled to 45 days of help from the government.

This is why The Sun's Stamp Out Slavery campaign is backing Lord McColl’s victim support bill, which proposes to extend support given to rescued slaves from 45 days to one year.

Here Jakob, who is his late 20s, tells Sun Online his story. 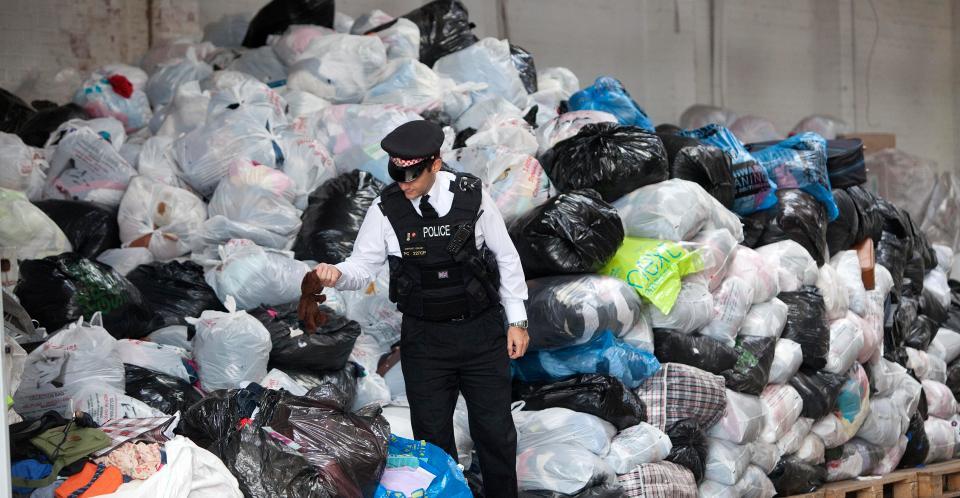 'I had better conditions at home'

Jakob was working for £15-a-day in a supermarket in Poland when he spotted an advert for a charity position in the UK, offering £35-a-day.

He told the Sun Online:  “After two days of interviews on the phone they promised me a good job and I was excited. I was going to the UK. I thought I was coming for a better life.”

The traffickers paid £120 for Jakob’s two-day journey across Europe, along with several fellow Eastern Europeans, on the condition it would come out of his wages.

He was dropped off in a Northern city but alarm bells began to ring when the person who had promised to pick him up didn't arrive. 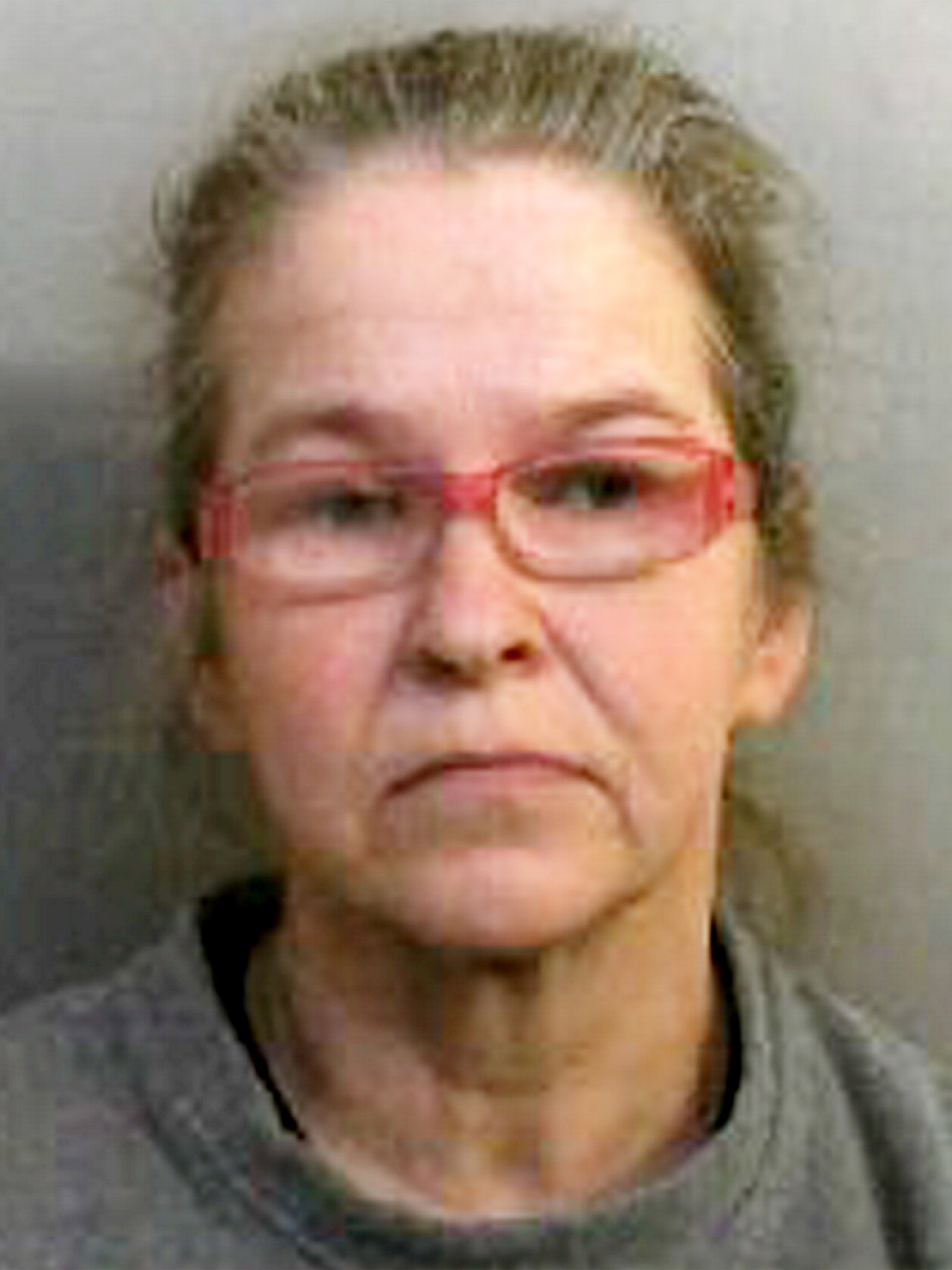 He said: “I waited a few hours and my ‘boss’ didn’t pick me up. Eventually, another person came and took me to his house.

“He put me in a very small room with a single bed – it was so tiny there wasn’t even room for my luggage.

“I had to pay £50-a-week for the room and I had to share it with one other person. He slept in a sleeping bag on the floor and there were two other men in the only other room."

When the boss turned up at the house, Jakob was told he would be working four hours a day for £35, delivering leaflets and collecting charity bags.

But within days he was forced to work seven-hour days, seven days a week, walking the streets in rain, snow and hail, putting 1000 charity bags through letterboxes each day.

While Jakob didn't know whether these bags were legitimate or not, there has been a rise in fake charity bags being distributed by Eastern European gangs who then steal the donated clothes and sell them on.

'He beat me with a hoover and a belt'

Jakob was paid for the first week but after that the £210 never appeared.

The gangmaster often withheld money because they hadn't collected enough. On some occasions, Jakob was paid as little as £30 for the week's work.

All he could afford to eat and was cheap pasta, eggs and discounted food close to its sell-by date.

If he complained, he was beaten and punched by his boss.

“He hit me with a hoover and beat with a belt," says the slim, softly-spoken Pole, in broken English.

"It got worse and worse as time went on and sometimes he would attack me several times a week. 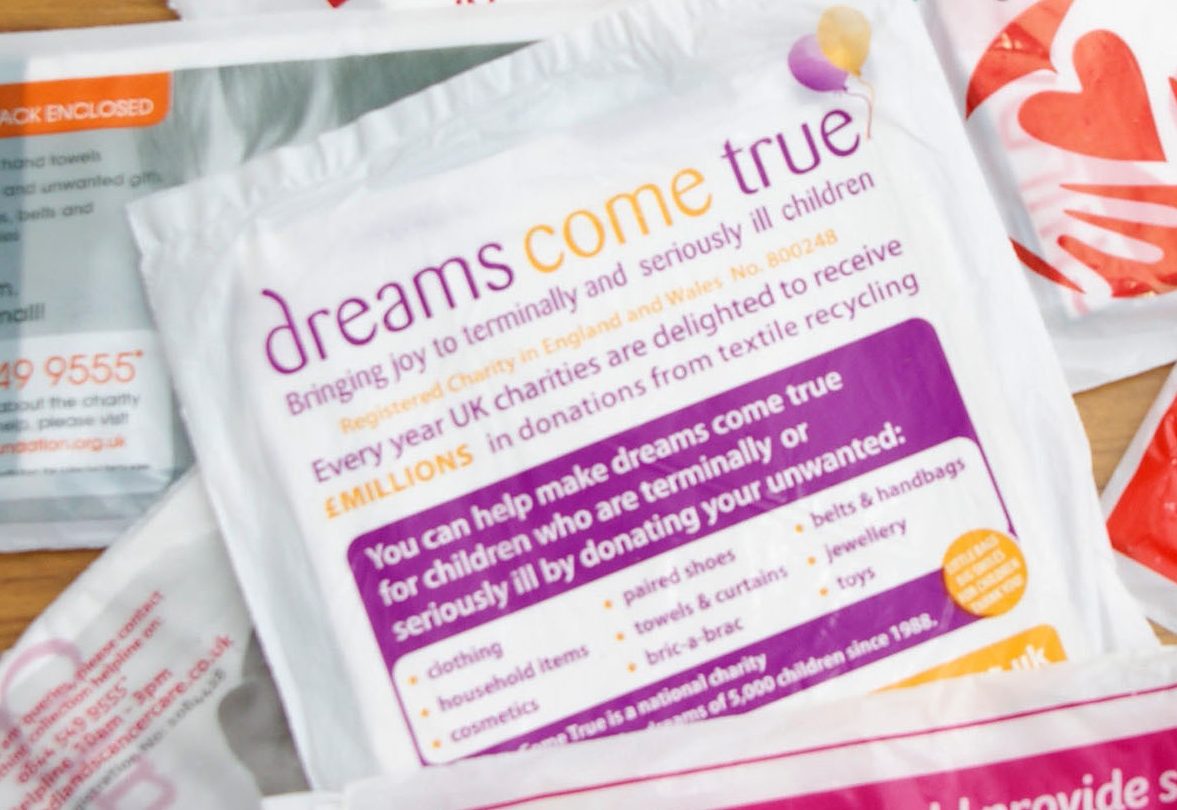 "But there was always the psychological threat of violence, so every day I felt I was afraid.”

The gang leader took away Jakob’s passport and checked up on him outside of working hours, to make sure he and his fellow workers were home.

“It was like a prison without walls because we could go out – but if he checked and we weren’t there he got angry,” he explains.

'Too ashamed to tell my family'

Frightened and alone, Jakob turned to drink to block out his situation. But when his weekend boozing turned into an everyday habit his captor’s violence increased and more money was confiscated.

“I felt desperate,” he said. “I never talked to my family about it because I was ashamed of the situation.

“I went to a different country to get a better life and conditions and ended up in a worse place so I didn’t tell anybody.

“I didn’t want to go to police because I knew they could deport me.

“I thought about running away for a few months. One day I got my wages and, after paying for my rent I had £30, so I went out and didn’t come back.”

THE DARK SIDE OF CHARITY BAGS

Plastic bags asking for charity donations of clothing, shoes and blankets drop on to British doormats every day.

But there’s a dark side to the practice, with some gangleaders in the UK posing as charities and using slaves to distribute and collect fake bags.

Collectors are trafficked to the UK and forced to work 20-hour days for little pay are beaten if they don't work fast enough.

In recent years, several trafficking rings who were forcing slaves to collect the bags have been smashed.

In 2014, Bristol gangleader Jurate Grigelyte was sentenced to three years for trafficking two men and nine women from Lithuania to collect bags for the Dreams Come True charity.

In 2015, 30-year-old Zydrunas Zdanevicius, from Lithuania, was found guilty of forced labour of one man in a charity scam. He got a suspended sentence.

The Charity Retail Association says you should check the bags before donating: “You can find out if a door-to-door charity collection sack is bogus or not by checking if they have a charity registration number printed on it. All genuine collections will carry this number.

"If in doubt check with the Charity Commission for England or Wales, Scotland or Northern Ireland.

Jakob ended up on the streets, sleeping on a park bench at night and drinking heavily. During the day he hid from police and from his boss, terrified at what would happen if he was found.

After four weeks, Jakob was approached by an outreach worker from Crisis Skyline, who offered him breakfast and a shower.

He was persuaded to go to the police and explain the story to them and he was referred to National Referral Mechanism.

He was offered a place in a safe-house run by the Medaille Trust, the largest provider of sanctuary for victims of trafficking in the UK, and he began to tackle his alcohol problem.

He said: “I was drinking because of memories and because I got bored, with no job just staying in my room. I didn’t want to go anywhere. 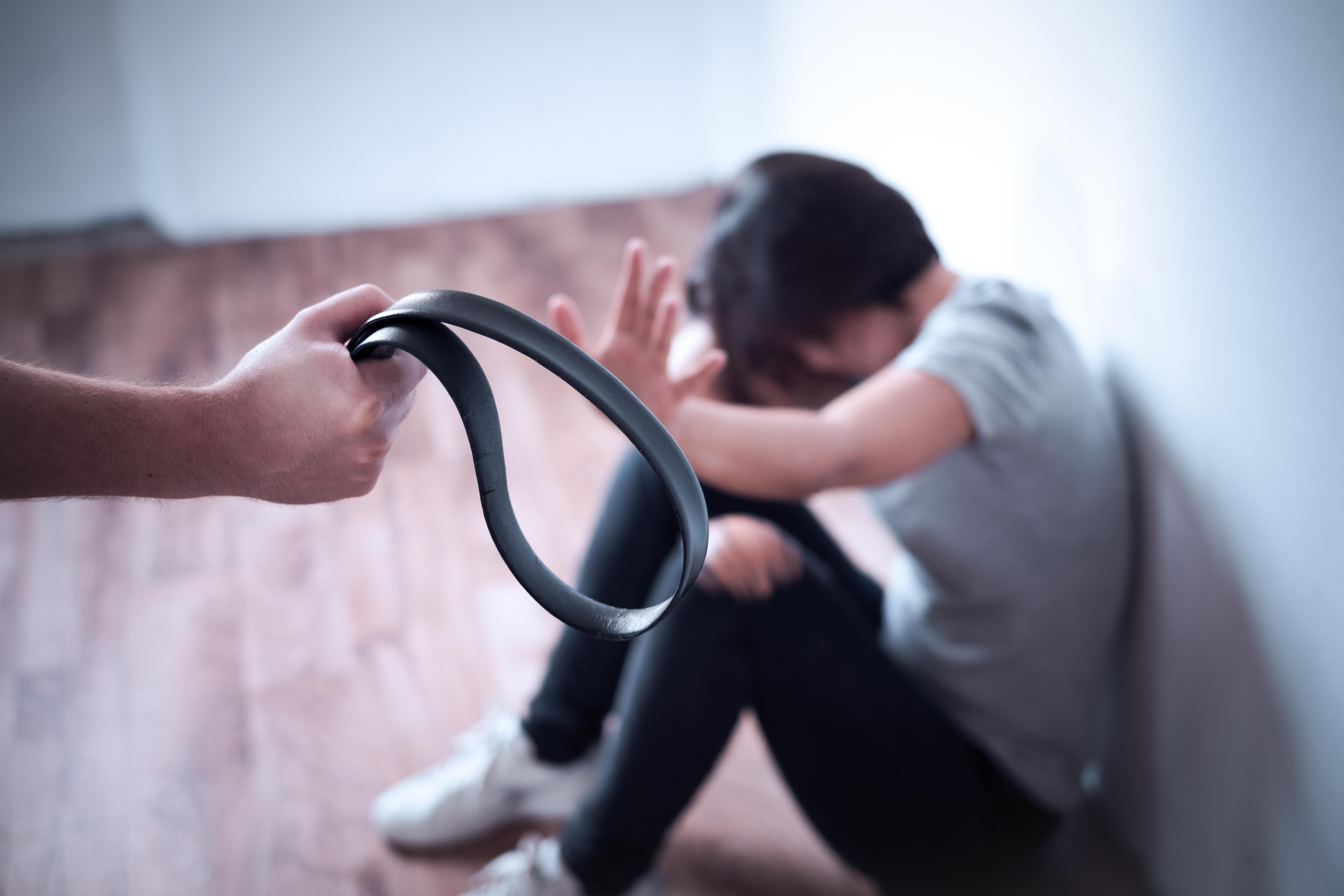 “When I came in this house for the first couple of months, every time I saw a car that looked like my boss’s car I got very worried. I was paranoid.

“The staff helped me with my alcohol and I am no longer drinking.”

But for Jakob, like many others, the nightmare wasn’t over.

After settling into the safe-house, Jakob got a letter to say he was entitled to stay in the UK for just 45 days, which plunged him into depression.

“I thought ‘Oh My God, it’s only 45 days,’" he said. “At this time I didn’t have my passport so if I had to leave the house after 45 days I would have ended up back on the street. I was very worried.”

Luckily, Medialle fought for Jakob to be granted an extension of six months, the end of which is fast approaching.

Despite taking training courses and landing a job, which he starts in two weeks, he is once again terrified of being homeless.

“I worry almost every day,” he says. “I don’t have anything.

“In a couple of weeks I start a job but it is minimum wage and it can take a long time to save enough money for rent and deposits.

“I came here to work and I want a proper life and I know if you work in a good place you can earn good money but if you are sleeping in the street and going to work in a public place, it’s very difficult because people can see that you are not keeping well or showering.

“I just hope I can stay here and find the life I came for."

If you suspect anyone is being exploited, you can call the Modern Slavery Helpline on 08000 121 700, or fill in an online report at modernslaveryhelpline.org/report

You can sign the petition for the Modern Slavery Victim Support Bill here.