A HERO dad delivered his own baby daughter – in the shower.

Stuart Tyrie, 34, told how his partner Taylor Penman, 24, had been suffering contractions last Tuesday morning and had gone to cool off in the bathroom while they waited on an ambulance. 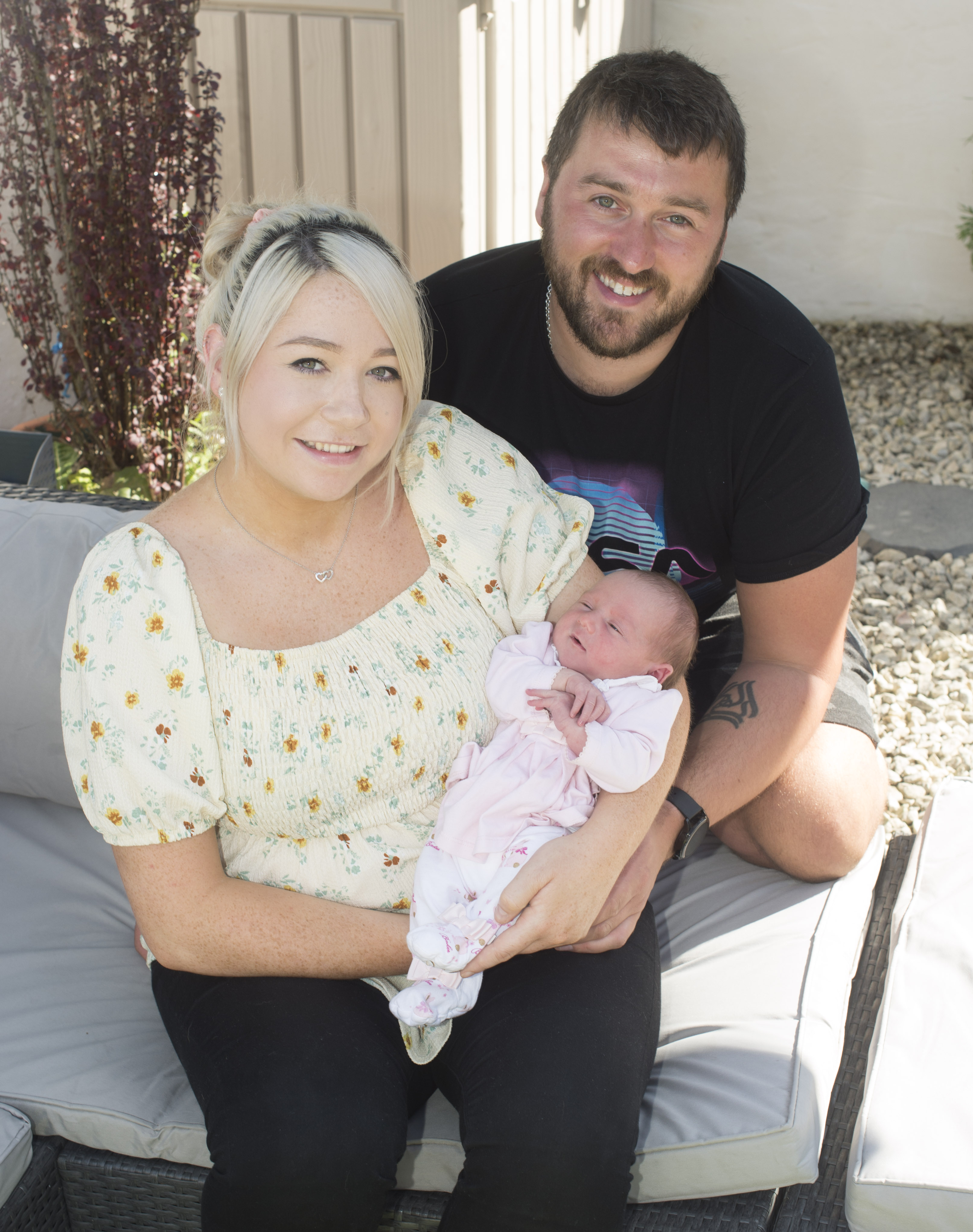 But the Aldi store assistant suddenly went into full on labour and gave birth to little Eve Elizabeth while still holding the shower head in her hand.

Stuart said: "It was terrifying for us both but our baby somehow came into the world safely – and certainly with a splash. She's absolutely perfect.

"Hopefully her first bath tonight won't be as dramatic."

Stuart told how he heard a deafening shriek from the bathroom only to see Taylor standing in the shower with a foot dangling out of her. 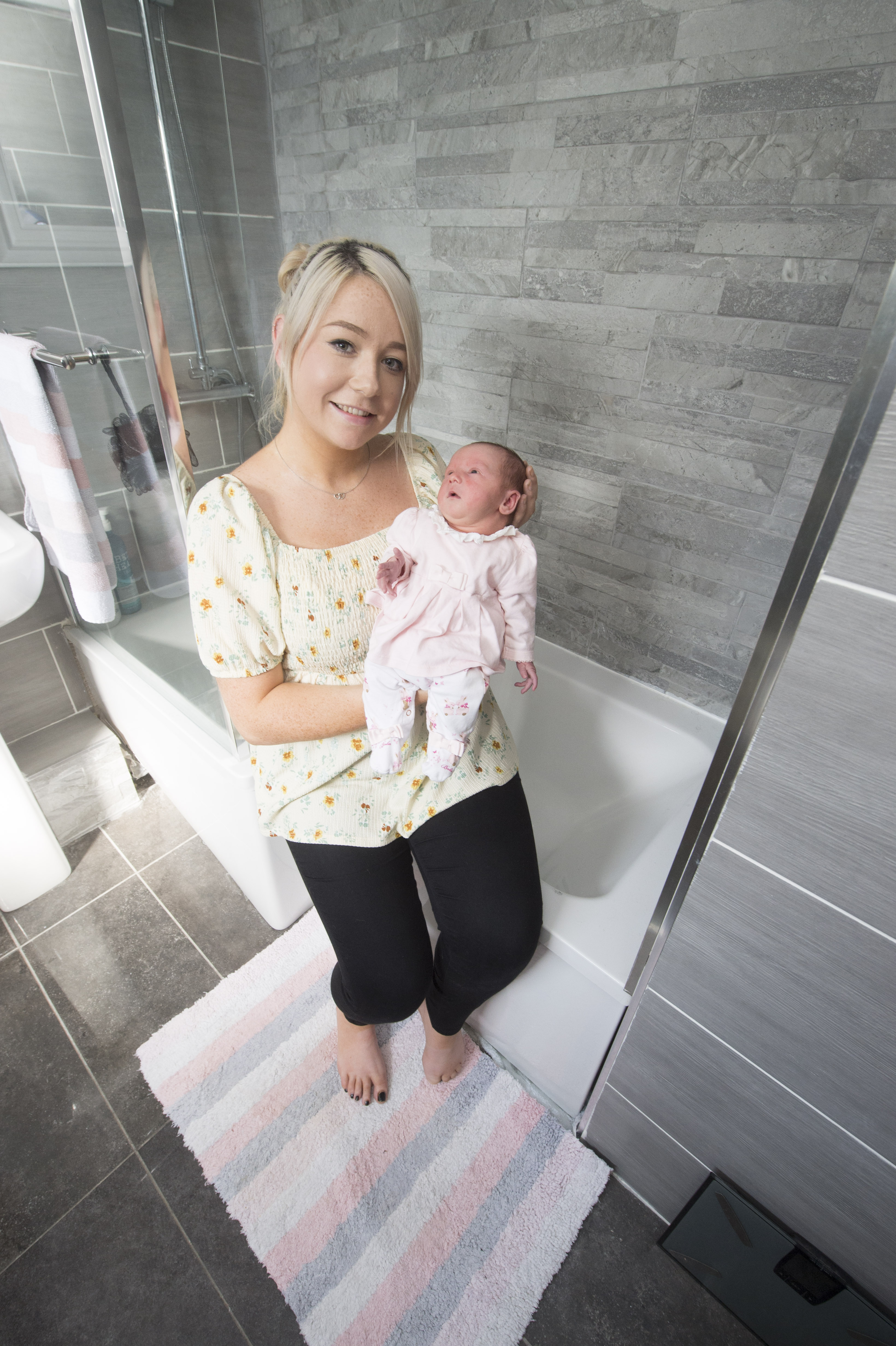 He said: "I was terrified and immediately called 999, but Taylor just knew what to do and my adrenaline kicked in. I placed the phone down and went into autopilot."

Taylor added: "All of a sudden I felt this sudden urge to pee then felt felt her foot pop out. She was in breach.

"I knew I needed to get this baby out of me fast – and I felt the sudden urge to push, so just did what my body was telling me to do.

"I remember looking at Stuart and his face was as white as chalk, sheer panic was on his face but he came over beside me and helped guide her out"

Next week, we'll be throwing our first ever Fabulous Girls Night In – and who else would we get to co-host the event than Vicky Pattison herself?!

Our beauty editor Tara Ledden will be chatting to the Queen of the Jungle all about her makeup regime and the products she just couldn't live without.

As they talk all things beauty, Tara and Vicky will also be trying out 2021's top products – as voted by YOU in this year's Fabulous Beauty Awards.

Better still, the event is completely FREE to attend – and as it's virtual, tuning in while you're mid-pamper and in your PJs is actively encouraged.

And if that wasn't enough, all attendants will be in with a chance of winning one of 10 beauty goodie bags worth an eye-watering £500.

So what are you waiting for? Sign up to this completely free girly pamper evening here.

But further panic arose as the umbilical cord became wrapped round the tiny tot's neck.

Aldi assistant manager Stuart said: "After the other foot came out, her body was just dangling there. She looked so lifeless, it was very scary.

"I eventually managed to unravel the cord and gave her a wee rub with my hands.

"And it worked, she turned pink and gave out her first cry, what a relief for us both. It was an unforgettable and amazing moment."

As Taylor sat down into the bath, holding her newborn, the medics on the phone told Stuart to grab some shoe laces to tie the umbilical cord

Once the ambulance crew arrived, he was given the honour of cutting it before mother and baby were transported to Crosshouse Hospital in Kilmarnock to be checked over.

We pay for your exclusive stories! If you've got a tip off or tale to share email [email protected]

Taylor said: "It was in the ambulance when the pain hit me, so I was finally given gas and air.

"It was funny when the placenta came out with Stuart's running shoe laces attached to it.

"They actually asked if he wanted them back but was like, 'no you can just keep them.'"

Eve – who weighed 7lbs 10oz – had a swollen foot from where it got stuck during delivery, but was otherwise perfectly healthy.

Taylor added: "And I can't believe how great I feel, it must be because it all happened so fast and I didn't spend 10 hours in the labour ward.

"They did keep us in overnight as I had high pressure, which is no surprise."

Now the couple are settling into their home in Irvine, Ayrshire, as a family of three, where baby Eve is thriving.

Stuart said: "I am in awe of Taylor and just can't believe how amazing she did, she was an absolute hero and even managed to walk out to the ambulance.

"Eve is doing great. She's so beautiful. I can't stop looking at her. 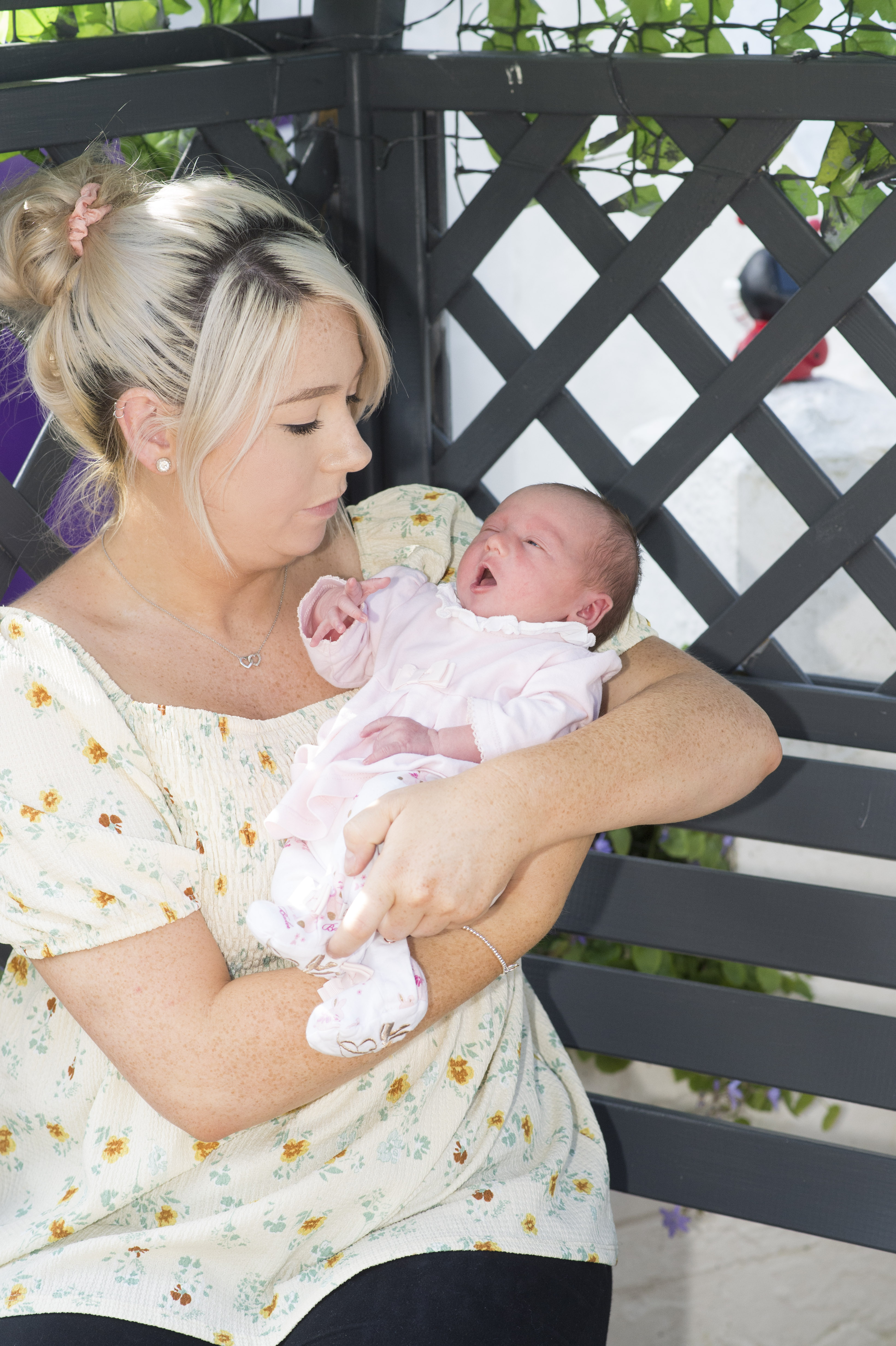 "We are so grateful to the ambulance team and would like to say a big thanks."

Taylor added: "I think I'm about getting my head around it because it doesn't seem real.

"We just can't believe it happened like that, we are so lucky. What a way to come into the world."

In other real life news, this woman gave birth while she was ASLEEP and woke up to find her baby next to her.

And a glam mum-to-be applies a full face of make-up while in labour and 10cm dilated.

Plus, a mum ‘set the record for fastest labour’ by giving birth in just 27 seconds.