Grainy black-and-white surveillance footage taken from a camera situated across the street from the River Road home in Rahway shows the structure blow up at around 5:45am. 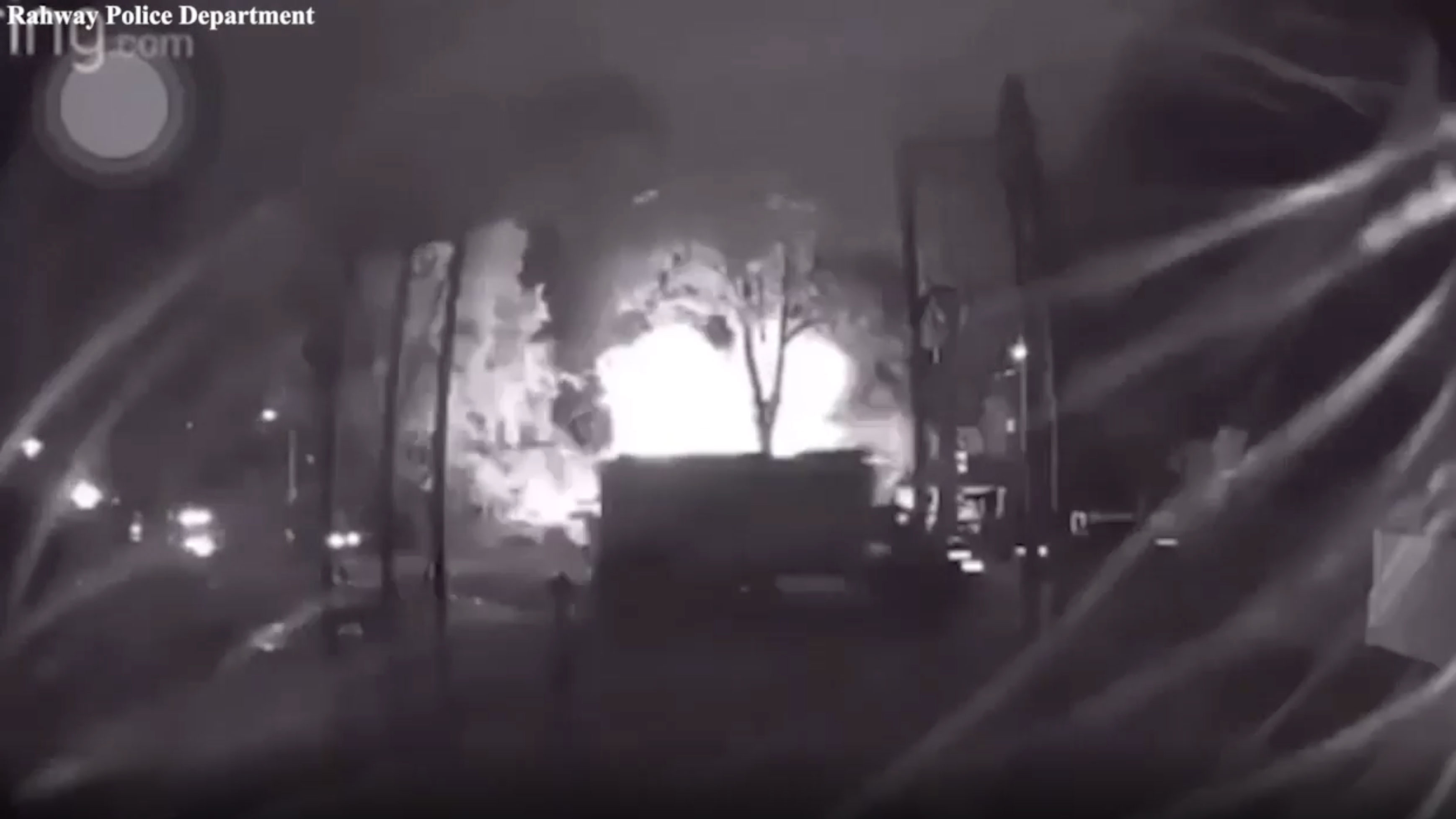 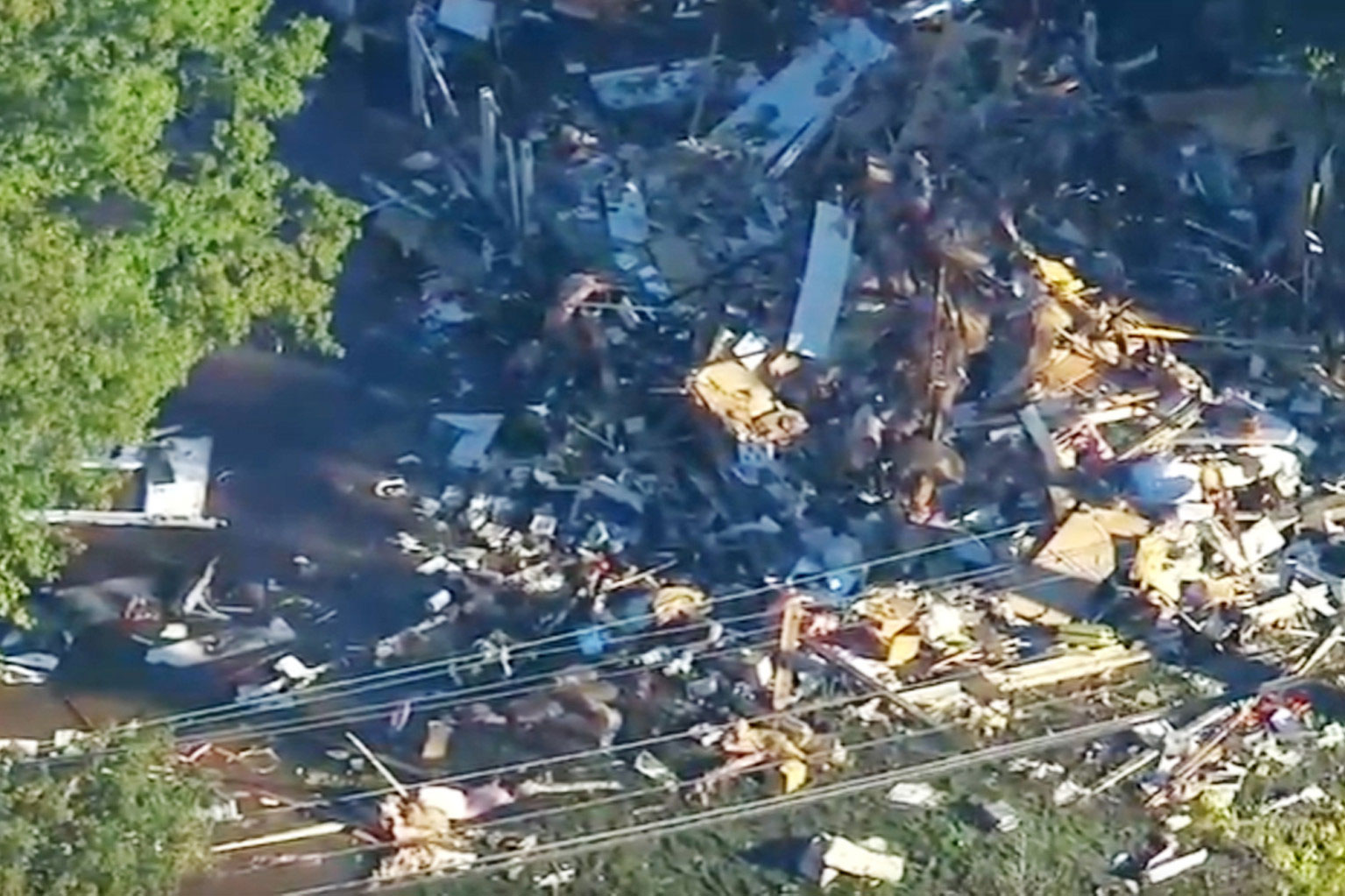 The home bursts into flames just as a large delivery truck and other cars pass by, the footage released by Rahway Police Department shows.

Miraculously, the blast didn’t claim any lives and left one motorist with only minor injuries.

The home’s residents had been evacuated just hours earlier at around 1am as the unrelenting downpour from Hurricane Ida’s remnants soaked the region.

It is so-far unclear exactly what caused the explosion, but it's thought likely that a gas fault caused by the floods is involved.

The blowup comes as New Jersey suffered some of the most severe effects from Ida.

Four residents of the same building were found dead in Elizabeth and at least one elderly man drowned in a car submerged by floodwaters.

There were at least eight other deaths in the Garden State but the circumstances so far remain unclear.

Meanwhile, at least two other people have been reported missing in the state.

While Hurricane Ida has dwindled in force from a Category 4 Hurricane on Sunday when it made landfall in Louisiana, it brought biblical flooding and tornado terror across the tri-state area on Wednesday night.

There have been widespread blackouts, saturated streets swallowed stranded cars and all of it prompted the first-ever Flash Flood Emergency in New York City.

The New York Times reported on Thursday evening the storm killed at least 43 people in New York, New Jersey, Pennsylvania and Connecticut and left more than 150,000 homes without power.

In New York City, four women, three men, and a two-year-old boy lost their lives in five separate flooding incidents, according to the NYPD.

A ninth victim’s body was discovered in the back of a submerged car this morning.

The National Weather Service (NWS) confirmed that “most flood deaths occur in vehicles.”

Earlier, the FDNY confirmed three people were found dead in a flooded basement of a home on Peck Avenue in Queens.

They include a man who drowned after his car rolled into a creek and a woman who died from a tree fell that fell onto her house.

Connecticut State Police Sgt. Brian Mohl died while on duty at the time.

The 26-year veteran’s cruiser was swept up by the floodwaters in Woodbury spilling over from the Pomperaug River early in the morning.

“He dedicated his career and his life to public safety and protecting the lives of others,” Gov. Ned Lamont said.

“His tragic loss is a reminder of the dangers that State Troopers and first responders put themselves in every day when responding to emergencies, and they deserve our utmost respect.”

Emergency crews pulled hundreds of drivers and travelers to safety throughout Wednesday night across several states.

A total of 485 people were rescued after becoming trapped in soaked areas in Newark alone the city's Mayor Ras J. Baraka said.

An assortment of residents stuck in the basement after their Queens building collapsed in Queens had to be rescued by divers.

Ida has knocked out power to an estimated 85,000 people living in New York and New Jersey.

There are 25,000 people who are in the dark in New York City alone.

Rainfall overwhelmed Central Park and Newark that witnessed more than three inches in just one hour on Wednesday, shattering records at those locations in that timeframe.

New York City streets were inundated with between six and 10 inches of rainwater, causing the 24/7 subway system and other forms of transit to come to a stand-still.

Ida’s ferocity caused climatologist Brian Brettschneider to call the freak rainfall a once in a "500-year" event.

For parts of the Bronx and Westchester, rare tornado warnings were issued on Wednesday night.

New York Gov. Katie Hochul confirmed during a press conference that she had been in contact with President Joe Biden, who reportedly "guaranteed" to approve any emergency declaration she needs.

Biden assured victims of Hurrican Ida, "We're all in this together. The nation is here to help."

“I want to express my heartfelt thanks to all the first responders, and everyone who has been working throughout the night to get the power back on,” he continued.

Officials assessing Ida’s wrath have warned the death toll could continue to grow.

Ida is expected to be history as the Northeast and Mid-Atlantic regions are expected to see "seasonally cooler temperatures and dry conditions heading into Labor Day weekend," the NWS stated in a release.

"This is welcomed news for ongoing cleanup efforts while no rainfall should help areas of [the] ongoing river and stream flooding to subside sooner rather than later." 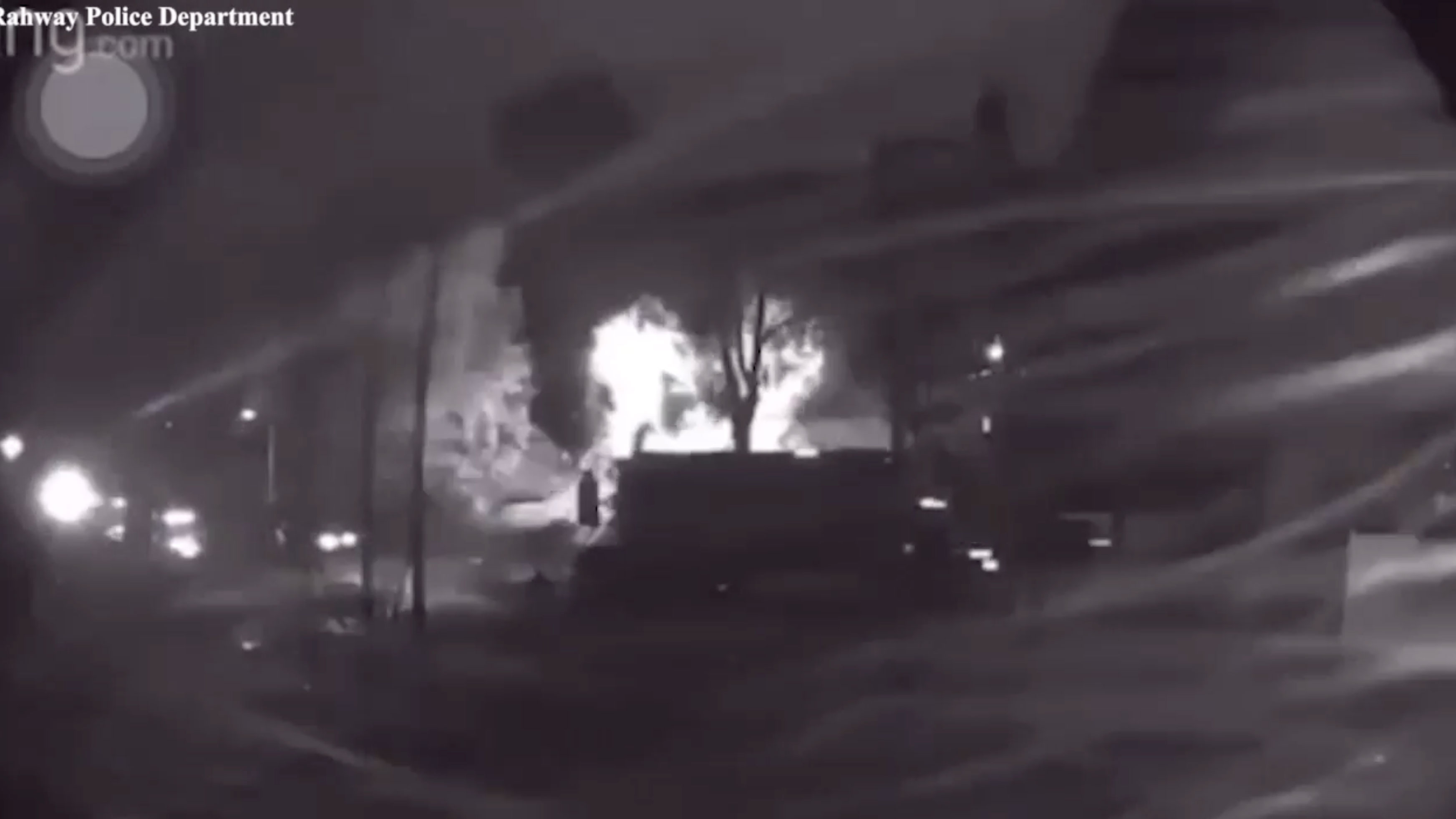