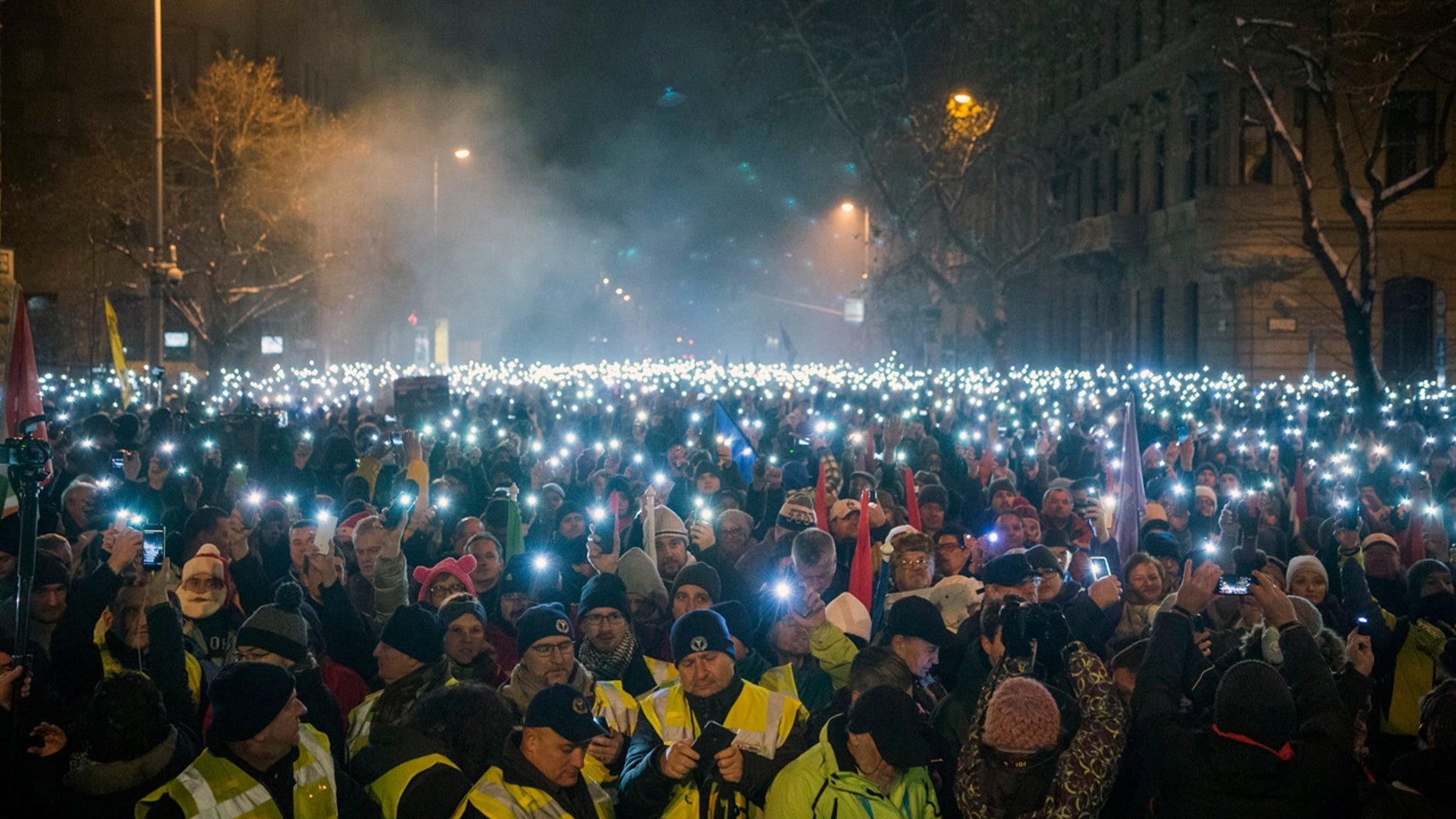 Anti-government demonstrators lighting up their phones during their protest in downtown Budapest on Sunday. (Zoltan Balogh/MTI via AP)

Thousands of protesters marched through Hungary's capital, Budapest, for a fourth day Sunday as part of demonstrations to protest new employment laws promoted by the country's right-wing government.

Protesters chanted anti-government slogans amid sub-zero temperatures outside parliament as speakers denounced revised overtime rules that lawmakers approved Wednesday. The changes increased the maximum amount of overtime workers can put in a year from 250 to 400 hours to offset Hungary's growing labor shortage and gave gives employers three years instead of one to settle payments of accrued overtime.

The crowd became increasingly angry as speakers urged demonstrators to remain dignified and peaceful. They yelled: "We've had enough!" and "Strike, strike, strike!"

The event's final speaker was more defiant. Anna Donath, daughter of an outspoken minister, lit a smoke flare and declared: "We will not tire. We won't go home. Today we are twice as many as yesterday. We are (growing) day by day. This is a mass community." 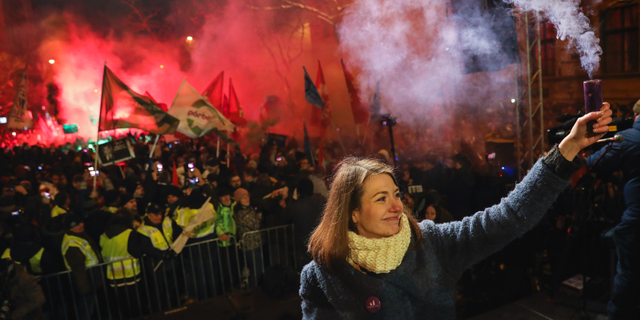 Vice-chairperson of Momentum party Anna Donath holding up a smoke grenade during an anti-government protest in downtown Budapest on Sunday. (Balazs Mohai/MTI via AP)

The protests have evolved to include complaints about other policies of Prime Minister Viktor Orban's government, including legislation passed Wednesday that establishes a separate court for administrative matters.

When asked to comment on Sunday's demonstration, a government spokesman told The Associated Press in an email that citizens had a constitutional right to assemble freely as long as laws weren't broken in the process.

The demonstrations have attracted disparate participants from across Hungary's political spectrum, including members of Jobbik, which started out as a radical right movement and has worked to reframe itself as a "peoples'" party. A clutch of left and liberal opposition parties, trade unions and supporters of a Budapest university founded by Hungarian-American billionaire George Soros have also joined in. 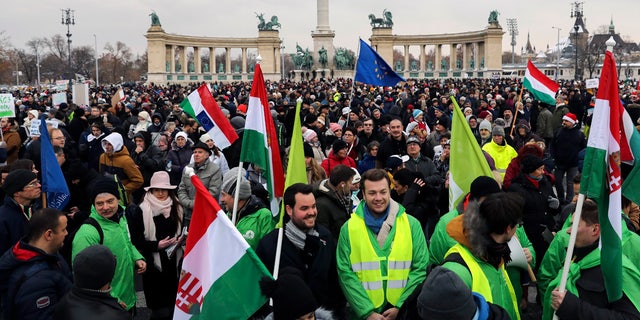 Participants of the anti-government demonstration under the title Merry Christmas, Mr. Prime Minister gathering in Heroes’ Square in Budapest on Sunday. (Balazs Mohai/MTI via AP)

Central European University announced this month it was moving to Austria from Hungary, saying it had been "chased out" by Orban's government.

After Sunday's official protest ended, hundreds of demonstrators marched across the Danube River, blocking at least two major road bridges and flanked by police. One faction, chanting for a free media, declared it was heading for the state television building, four miles away in a northwestern suburb of the Hungarian capital.

FRANCE'S 'YELLOW VEST' PROTESTERS RAGE ON FOR ANOTHER WEEKEND

Officers started using tear gas seeking to control and disperse the crowd, but there were no immediate reports of arrests or injuries.