A BRIT ex-banker who fought ISIS alongside the Kurds says abandoning them to Turkey is a “betrayal” of brave Brits who gave their lives.

And he warns more could die as Western volunteers take up arms again to do battle with Turkish troops set to invade northern Syria. 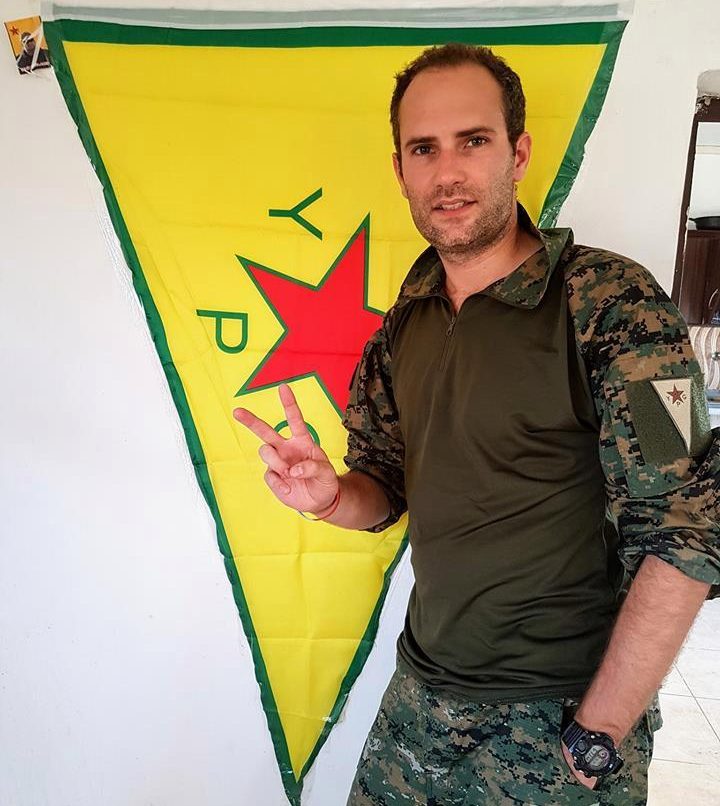 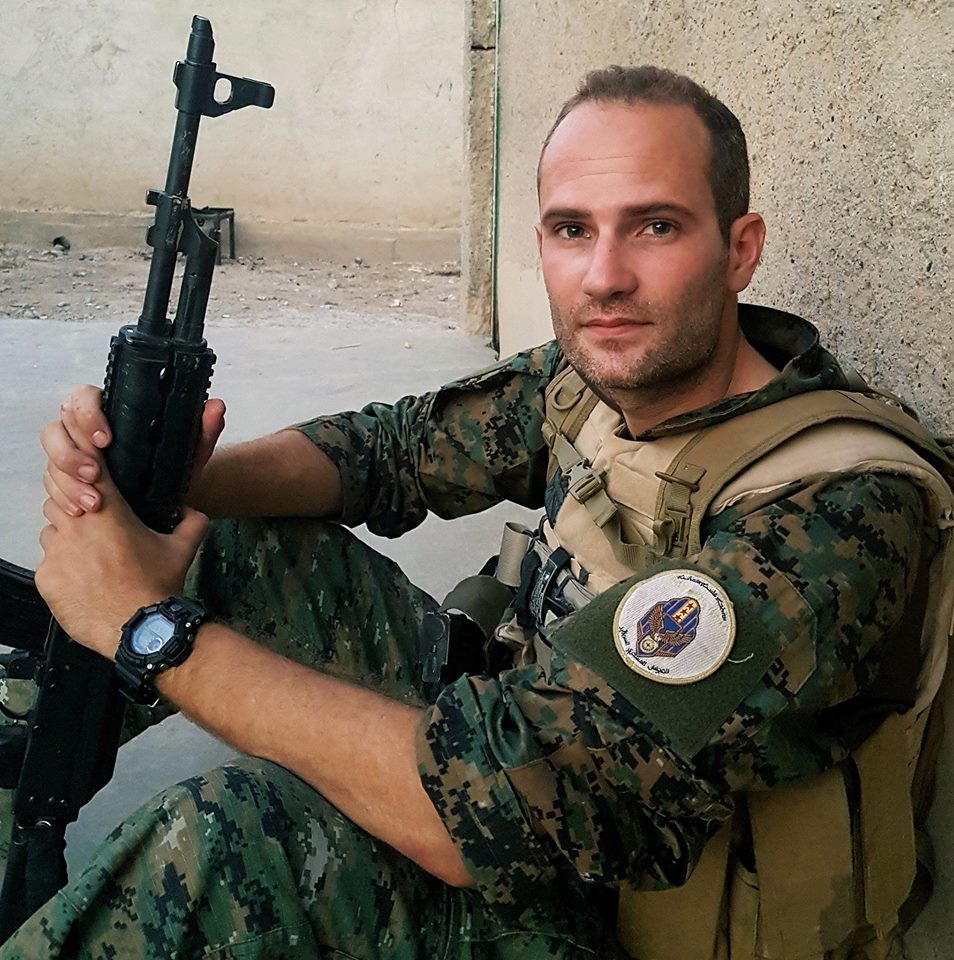 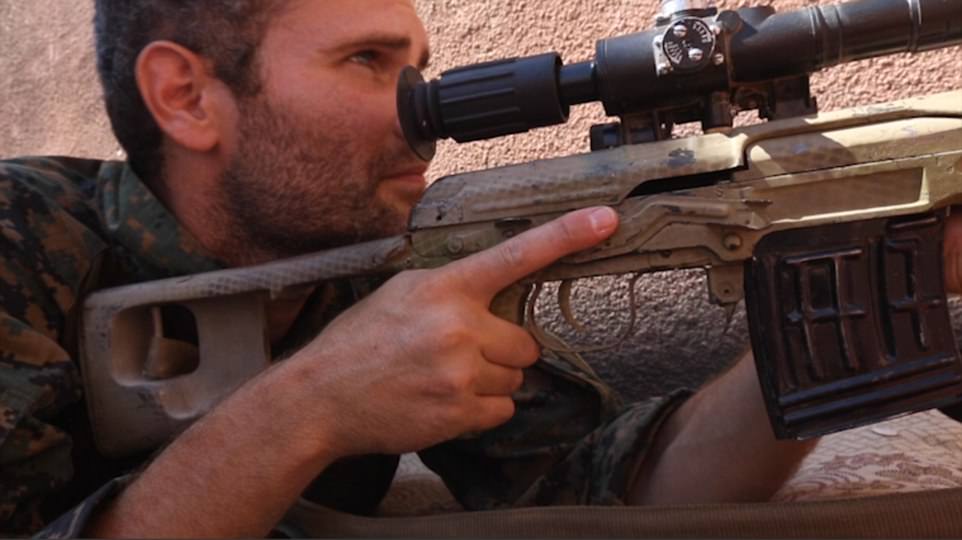 Hero Macer Gifford spent three years in the country after travelling out in 2015 to help battle ISIS.

But after the “caliphate” was finally crushed in March with the fall of the last jihadi stronghold of Baghouz, the Kurds have been abandoned.

Donald Trump this week announced US troops would pull out of Kurdish territory ahead of a planned attack by Turkey, which views the Kurdish militias as terror groups.

Macer slammed the move as a betrayal of all those who died fighting with the “brave” Kurds to defeat ISIS – including eight Brits.

And he said it would lead to “terrible war”, “ethnic cleansing” and “disaster”.

He told Sun Online: “‘Betrayal’ is a difficult word because it doesn’t feel like enough.

“40 international volunteers – including eight British people – died in Syria fighting ISIS and it’s a betrayal of them.

“I’d like to see Donald Trump look into the eyes of the family of the SAS trooper who died in Manbij after being put into harm’s way by Britain.

“Could Trump look them in the eye and tell his family that his sacrifice wasn’t in vain?” 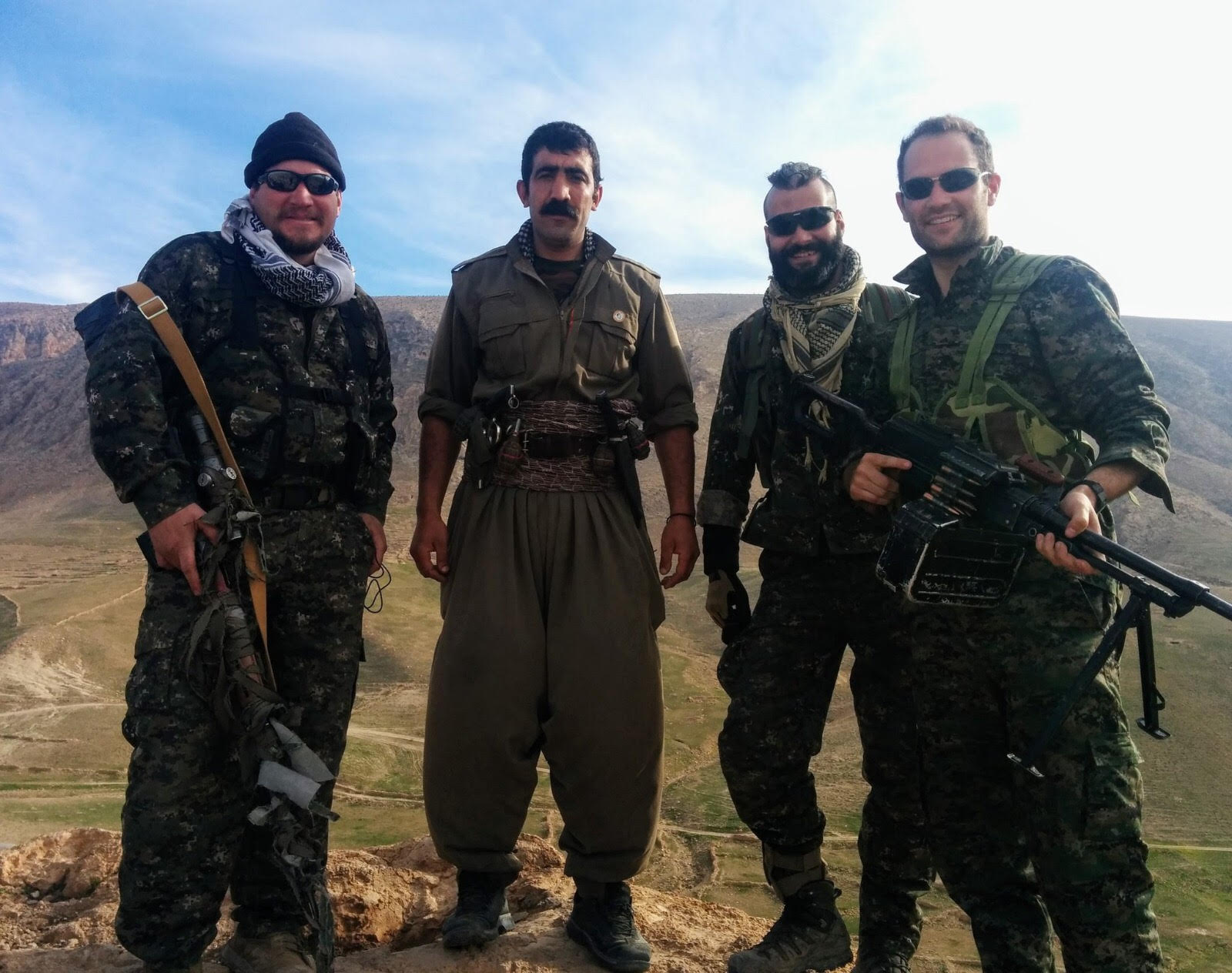 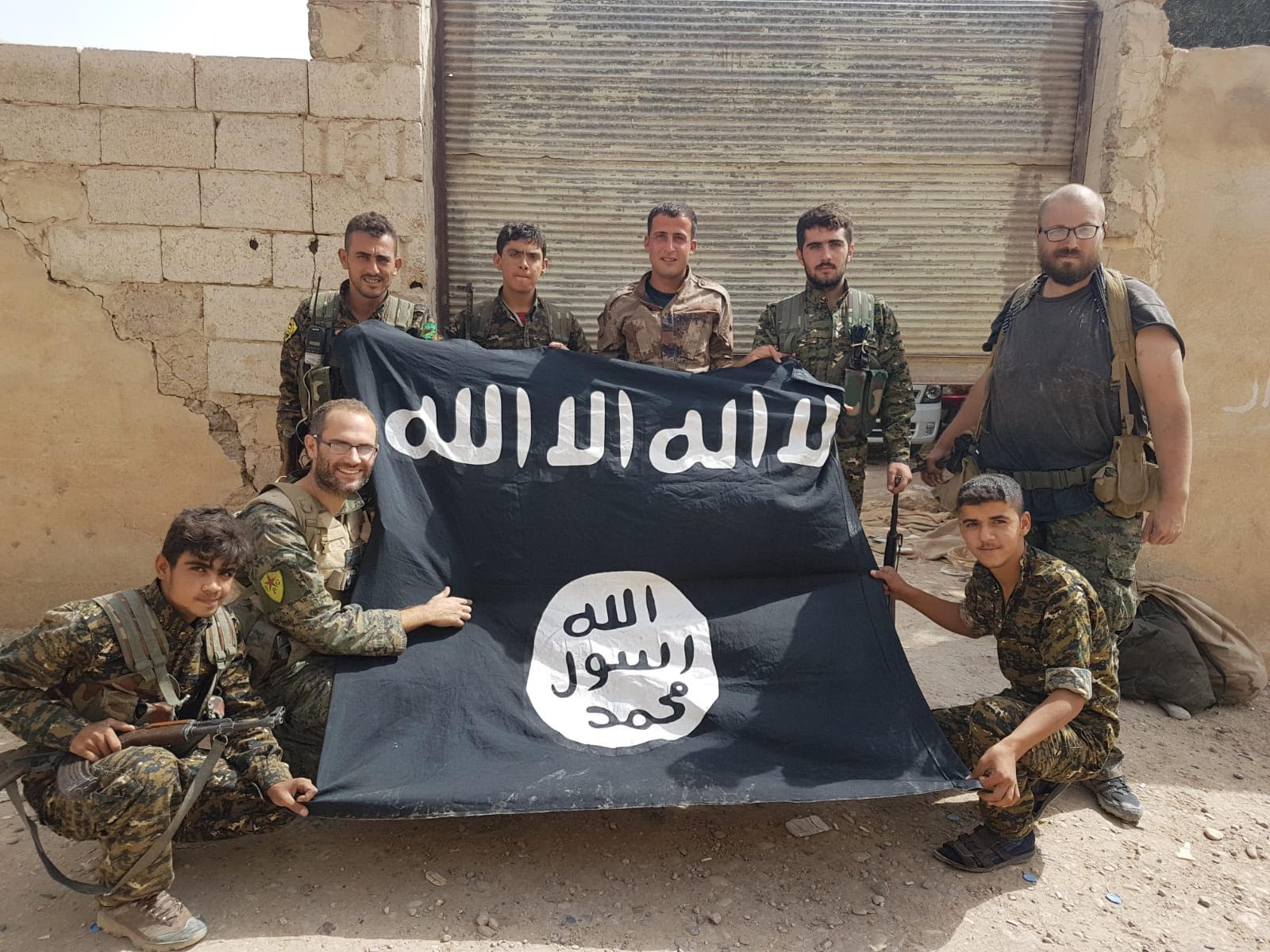 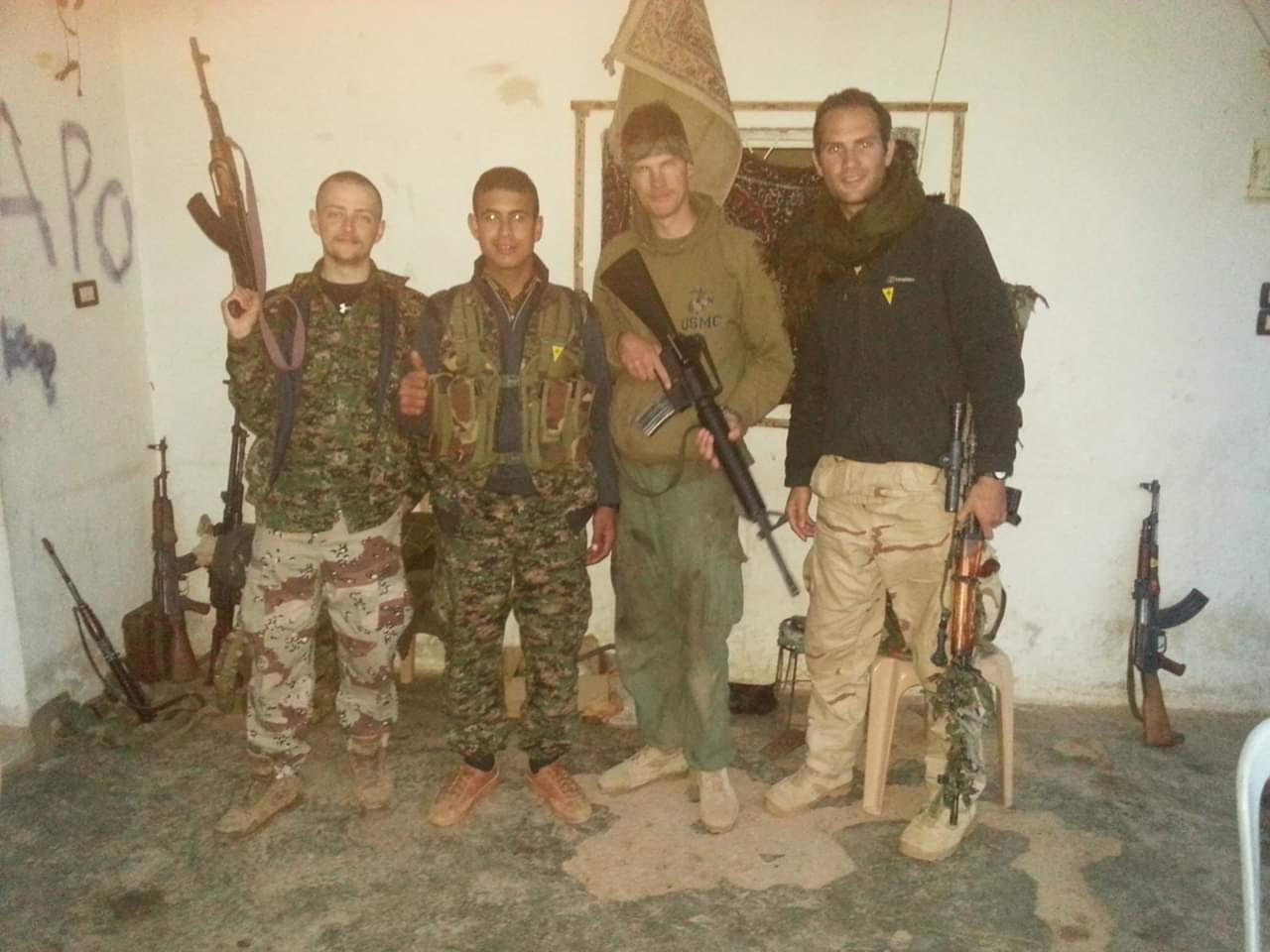 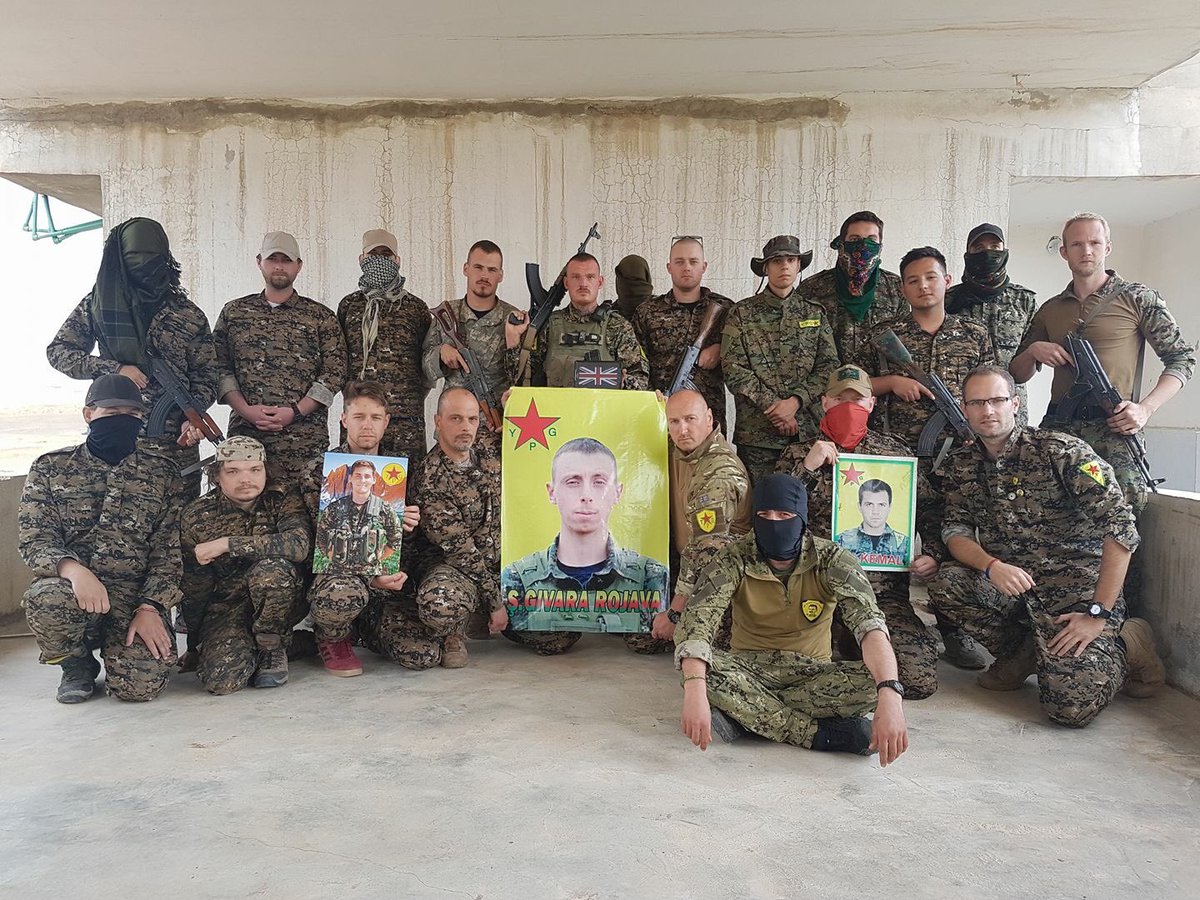 The former Tory councillor from Cambridge said the withdrawal also dishonoured the memory of others like himself who travelled to Syria to join anti-ISIS militias but lost their lives.

These include Jac Holmes, Eric Scurfield and the "incredibly passionate" Anna Campbell, who was killed in a Turkish airstrike after travelling out with Macer.

He recalled how ex-Royal Marine Eric sacrificed his life to rescue comrades in the battle against ISIS.

Macer said: “An RPG hit his tank while he was firing the heavy weapon.

“He was incredible, he had been fighting for hours. His tank had rescued many people when he was killed.

“Ordinarily a man like him would have been recognised and honoured by the British Army for his bravery. But he just had the thanks of the Kurds.” 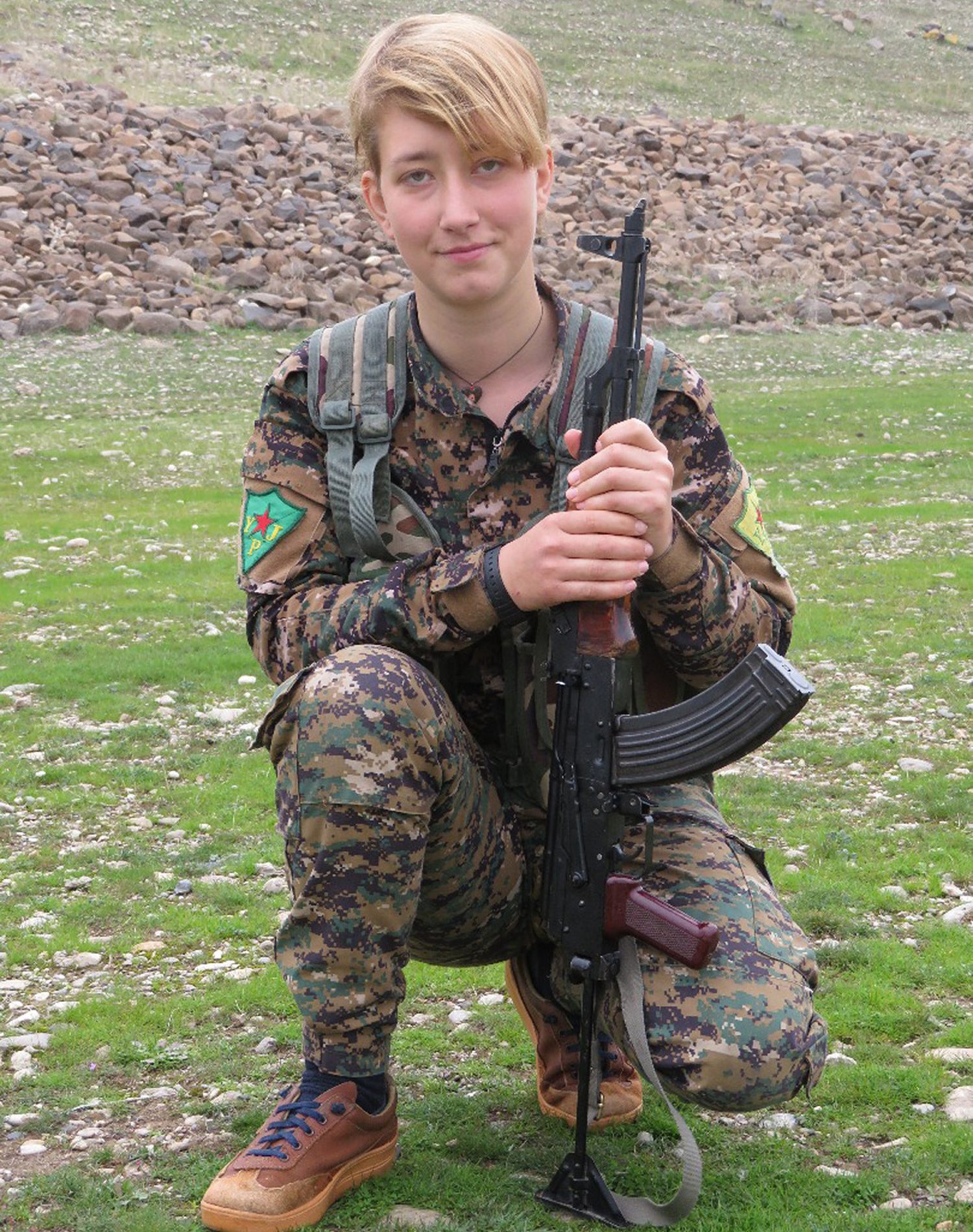 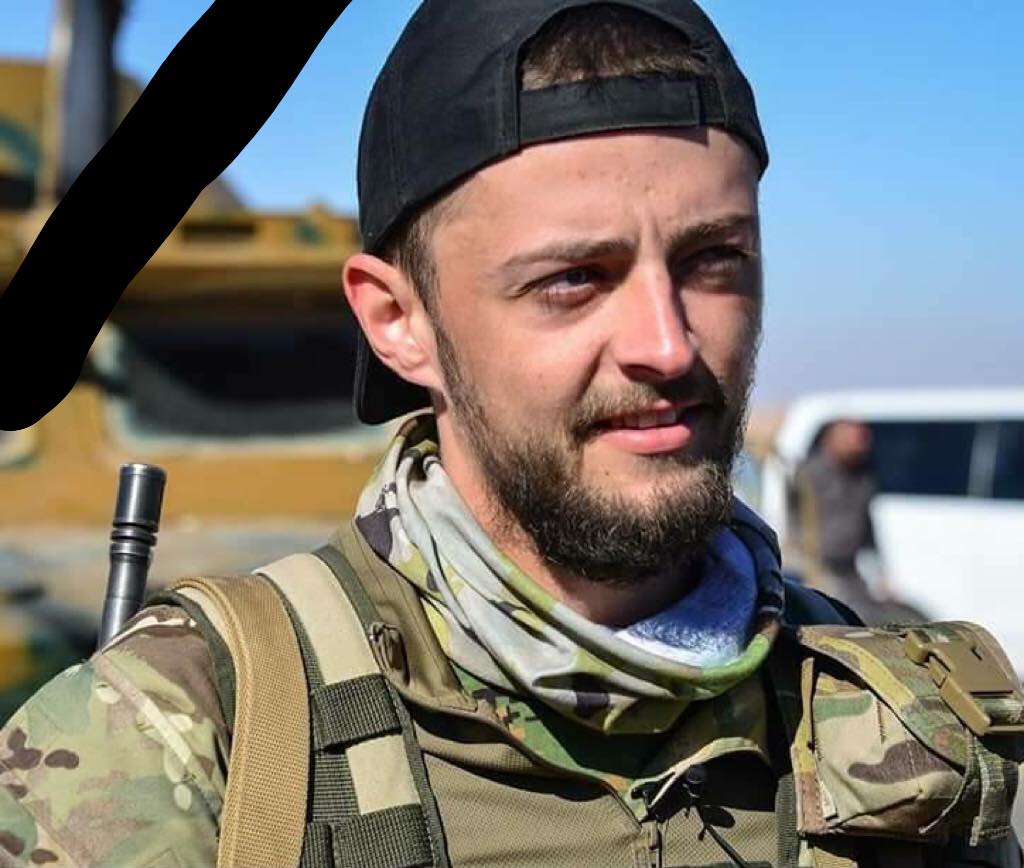 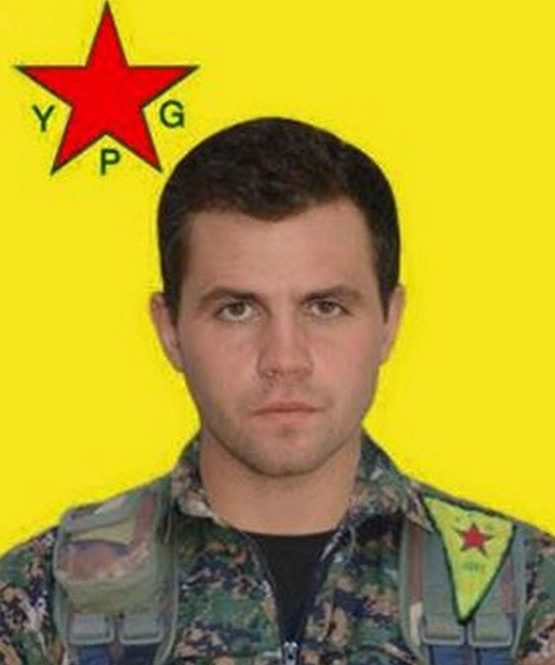 And he warned Brits and other Westerners would once again take up arms alongside their Kurdish brothers in arms – this time against a Nato army – although he said he would not be among them.

He said: “I could tell you a thousand stories of people like Eric who died along the way.

“He went up to his Royal Marine commanding officer and asked, ‘will they be sending us to Syria to fight ISIS?’

“And when they said no he resigned and came out on his own. That’s the type of people who Turkey is facing.

“And there will be a fair few who will go back – who won’t take it and will return to fight Turkey.” 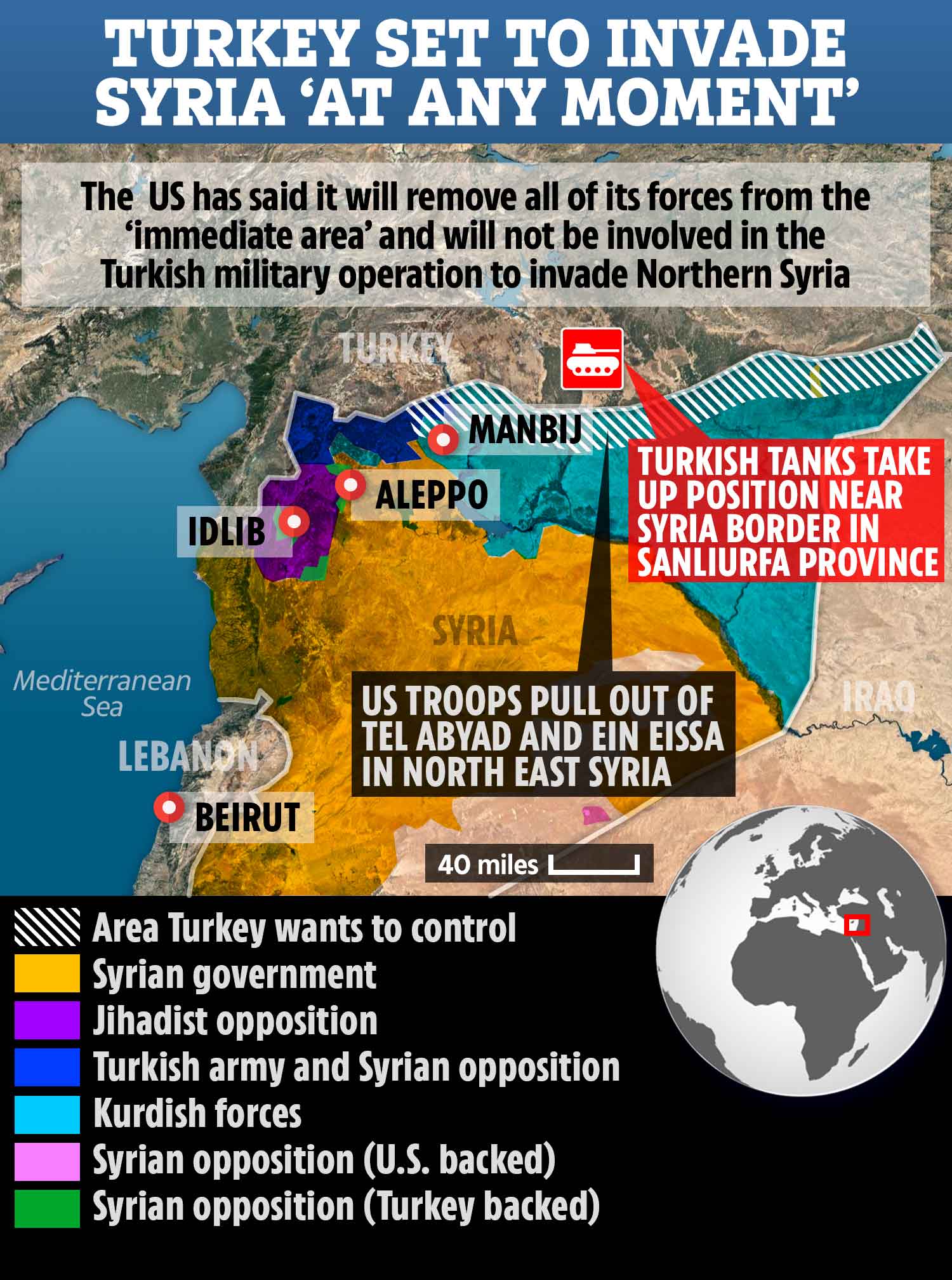 Some of Macer's fellow volunteers remained out there after the fall of ISIS, he said.

He told Sun Online: “A lot of Western fighters decided to put down their weapons and stay and work in the towns they helped to liberate.

“If Turkey enters Syria, the international volunteers will undoubtedly try to help to defend the communities that they are living in now.”

Macer said the Kurds are fighting to bring “equality, democracy and secularism” to a “very conservative region”.

And he contrasted their liberal values with those of Turkey and its local allies – “Islamist, al-Qaeda linked proxy groups” who have been accused of war crimes.

The US withdrawal has sparked fears of a Srebrenica-style massacre of Kurds.

And Macer warned these “fanatical fighters” – who he said have been filmed cutting the breasts and heads off dead female Kurdish fighters – would likely be the ones to carry them out. 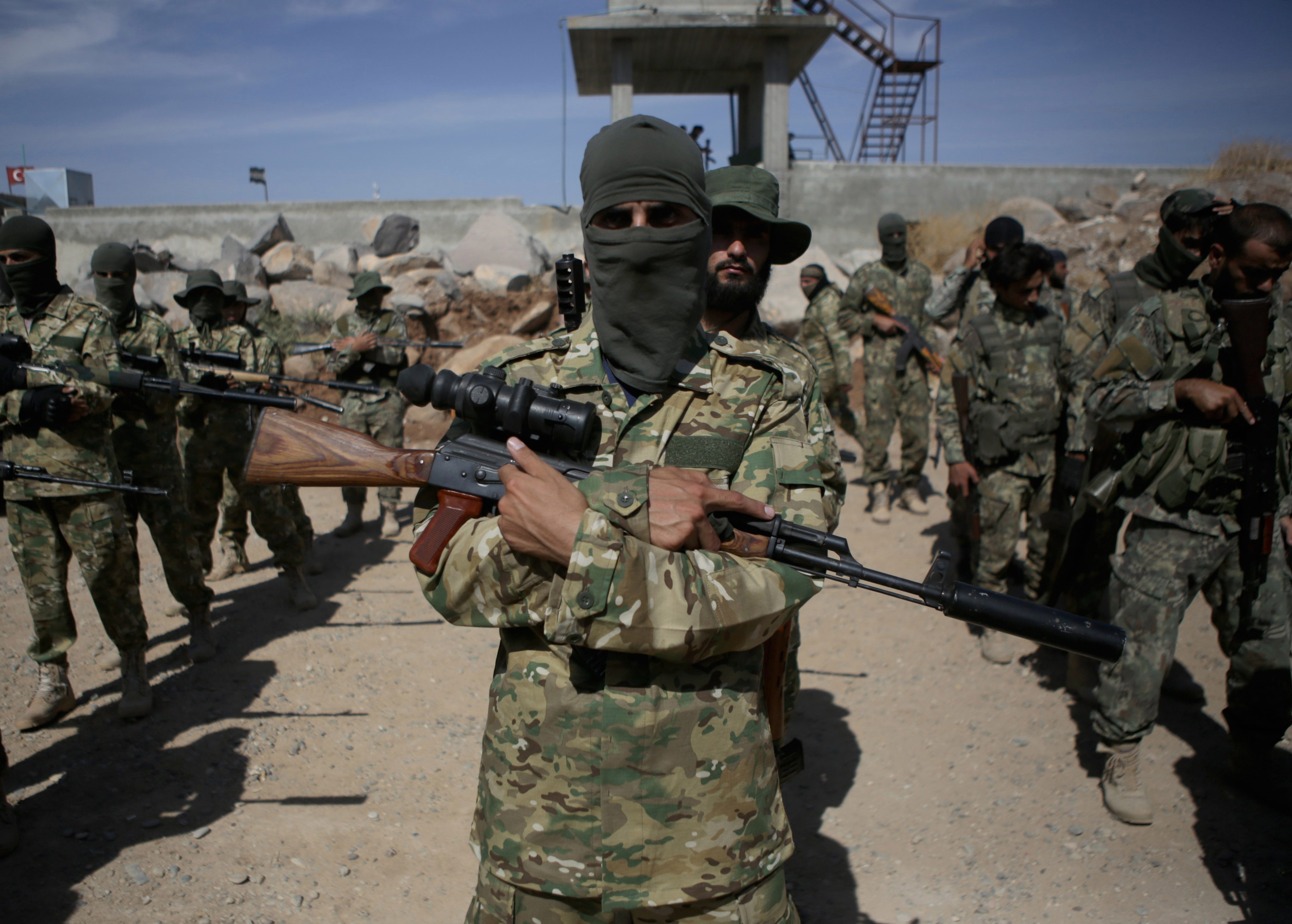 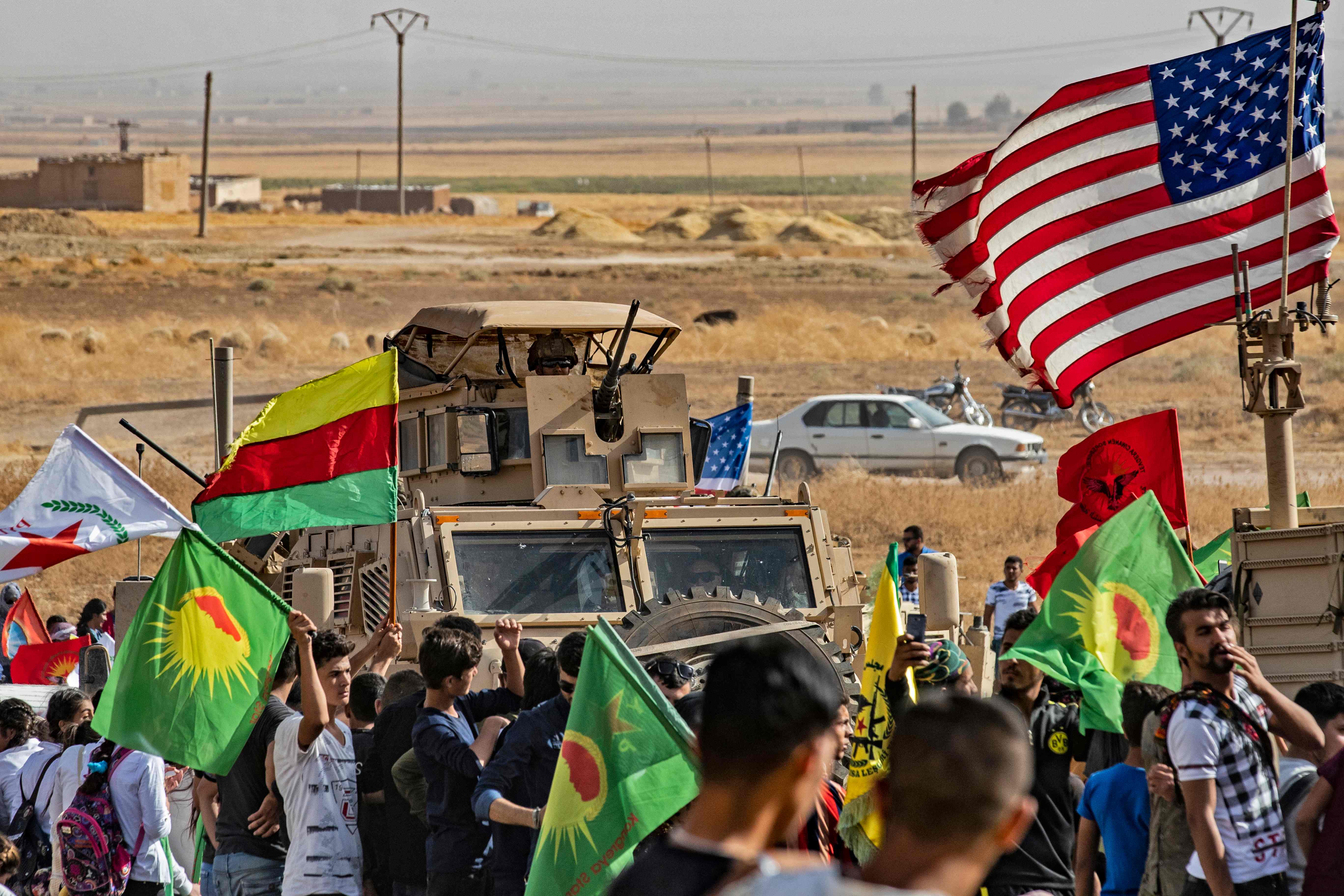 Macer said Turkey’s plans to re-settle millions of Syrian Arab refugees in the Kurdish areas it aims to invade amount to “ethnic cleansing”.

And he warned ISIS could use the chaos to re-form its “caliphate” and once again threaten Britain and the West.

He said: “There are 70,000 ISIS fighters in prison camps – thousands of Europeans, well-trained fanatic fighters who want to continue the fight.

“They will use the chaos to escape back to Europe to carry out more massacres.

“How long will Britain have to endure terrorism?”

Turkish President Recep Tayyip Erdogan today announced the launch of his offensive, with warplanes striking positions inside Syria as troops and tanks streamed towards the border.

Turkey views the Kurdish YPG and YPJ militias as terror groups and sees their presence near its borders as a threat.

It says it wants to create a 30km deep “safe zone” along its border to push back the Kurds and re-settle some of the 3.4million Syrian refugees who fled to Turkey.

Donald Trump defended his decision to pull US forces out of the area, insisting he had not given Erdogan a green light to attack.

But Kurdish officials branded him a “traitor”, saying: “[The Americans] have abandoned us to a Turkish massacre.”

The news comes as the mother of Brit ISIS fighter "Jihadi Jack" fears he will be killed if Turkey goes ahead with its threat to invade Syria.

Who are the YPG and YPJ? 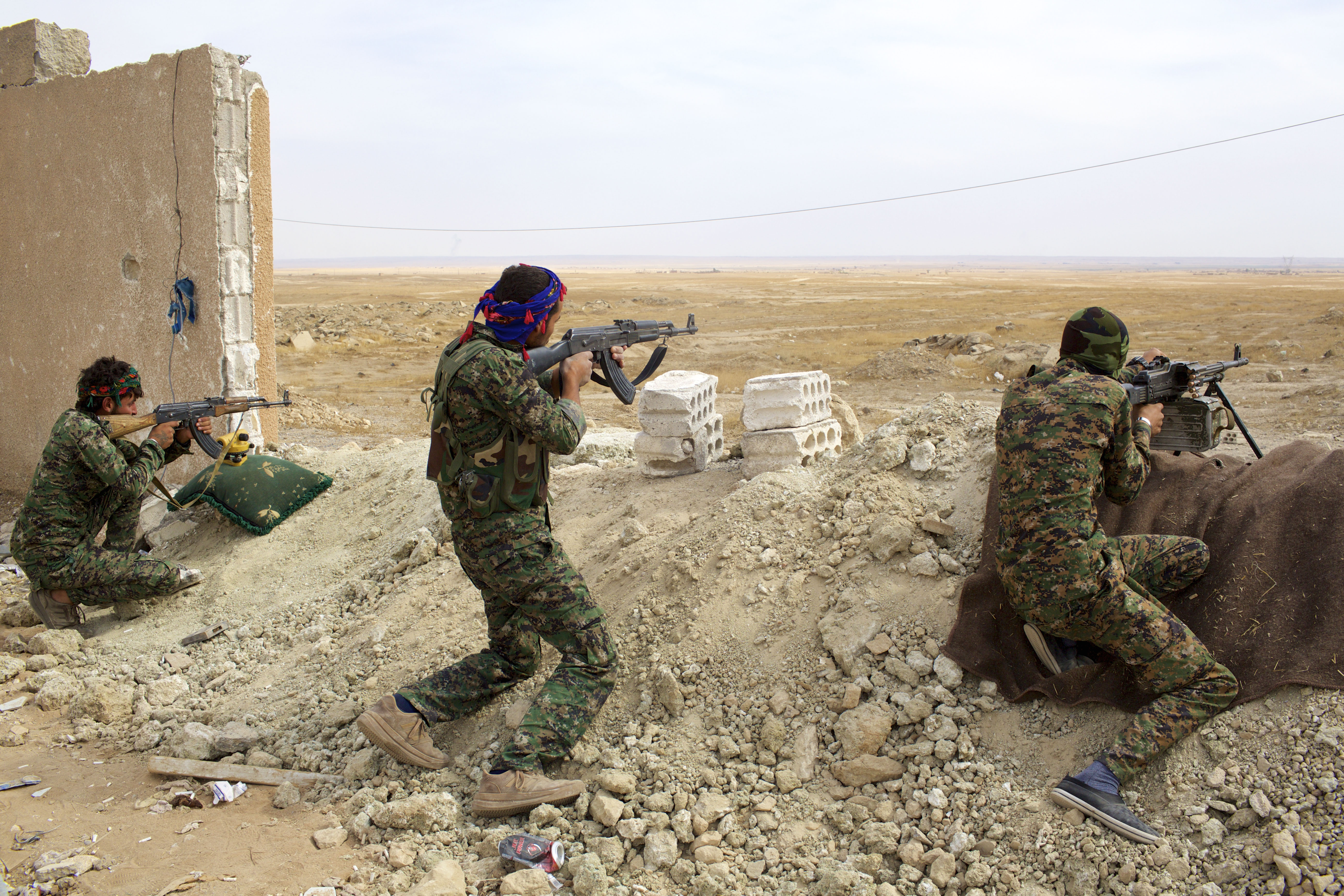 YPG or People’s Protection Units are a Kurdish militia that has become the main part of the Syrian Democratic Forces.

The US-backed SDF has recently cleared ISIS out of the final area it controlled, in the small town of Baghouz, by the Euphrates River in north-eastern Syria.

Fighting alongside them are the YPJ – Women’s Protection Units – who “fight, kill and die as hard as the men, as ISIS can attest”.

The YPG is regarded as a terrorist organisation by Turkey, which says it is tied to the Kurdistan Workers’ Party (PKK) guerrillas.

When the Syrian civil war broke out in 2011, the Kurds in the north of the country established an enclave with the YPG as their self-defence militia.

Many local non-Kurds as well as volunteers from abroad also fought for the YPG.

The YPG in Syria also face an onslaught from the jihadis.

At the time they were one of the few forces offering effective resistance to ISIS.

In September of that year ISIS, by that time a sophisticated, proficient and well-resourced army equipped with captured tanks and artillery laid siege to the town of Kobani.

Kobani was defended by a small force of Kurds with “weapons generally older than we were” but in a heroic stand they first stemmed the ISIS tide and then defeated them.

Eight Britons have died fighting with the YPG, including Anna Campbell, from Lewes in Sussex. 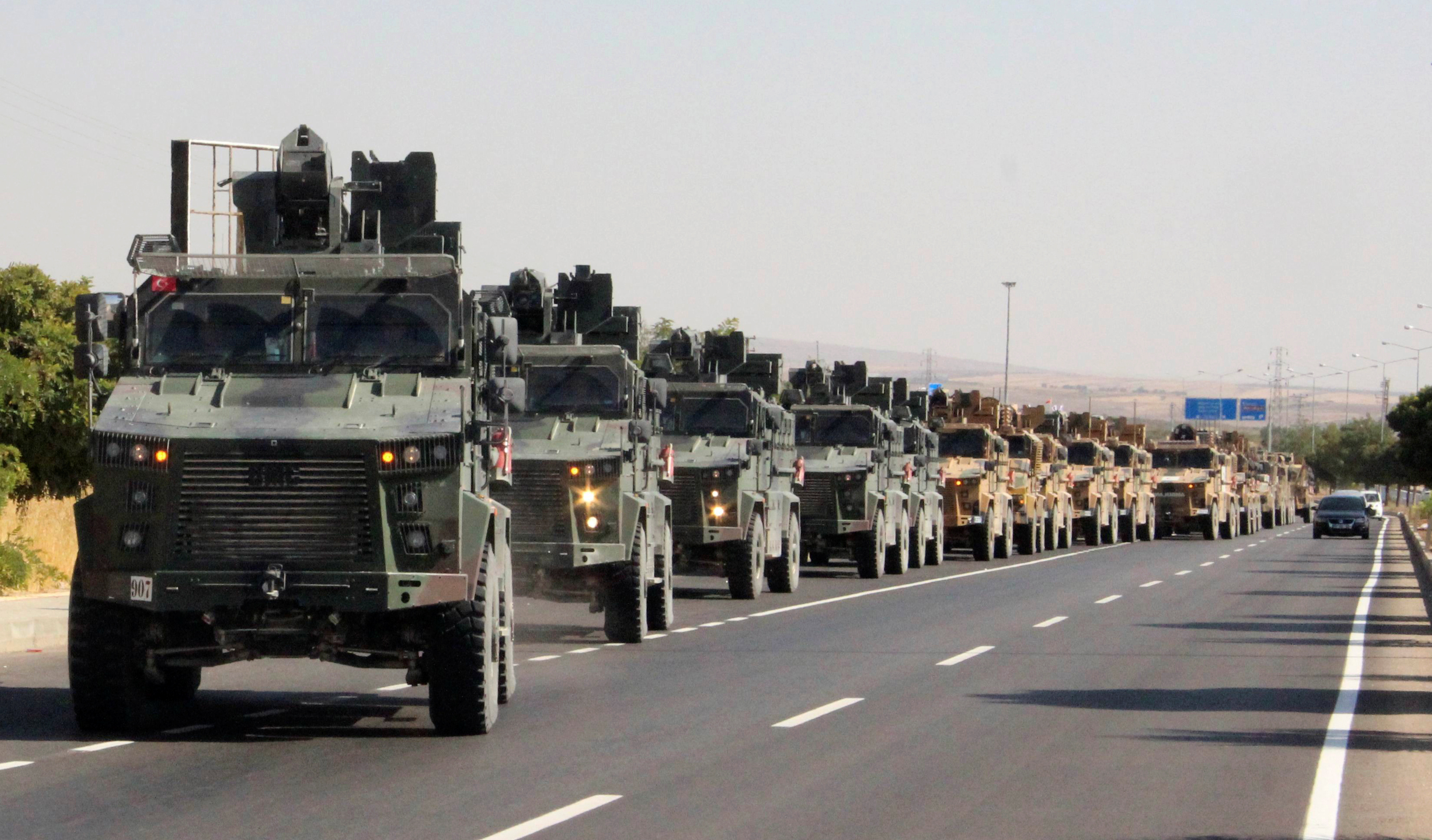 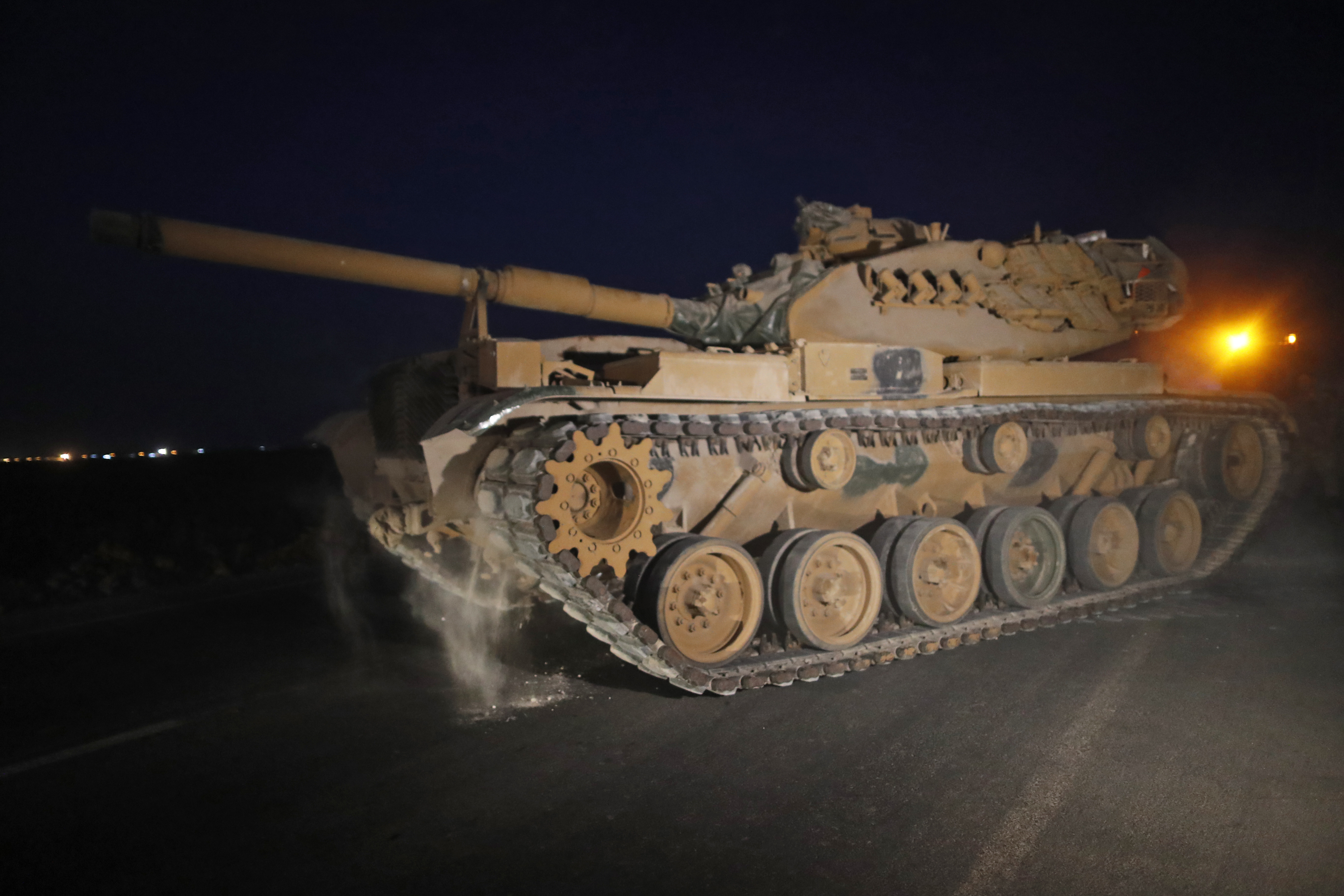 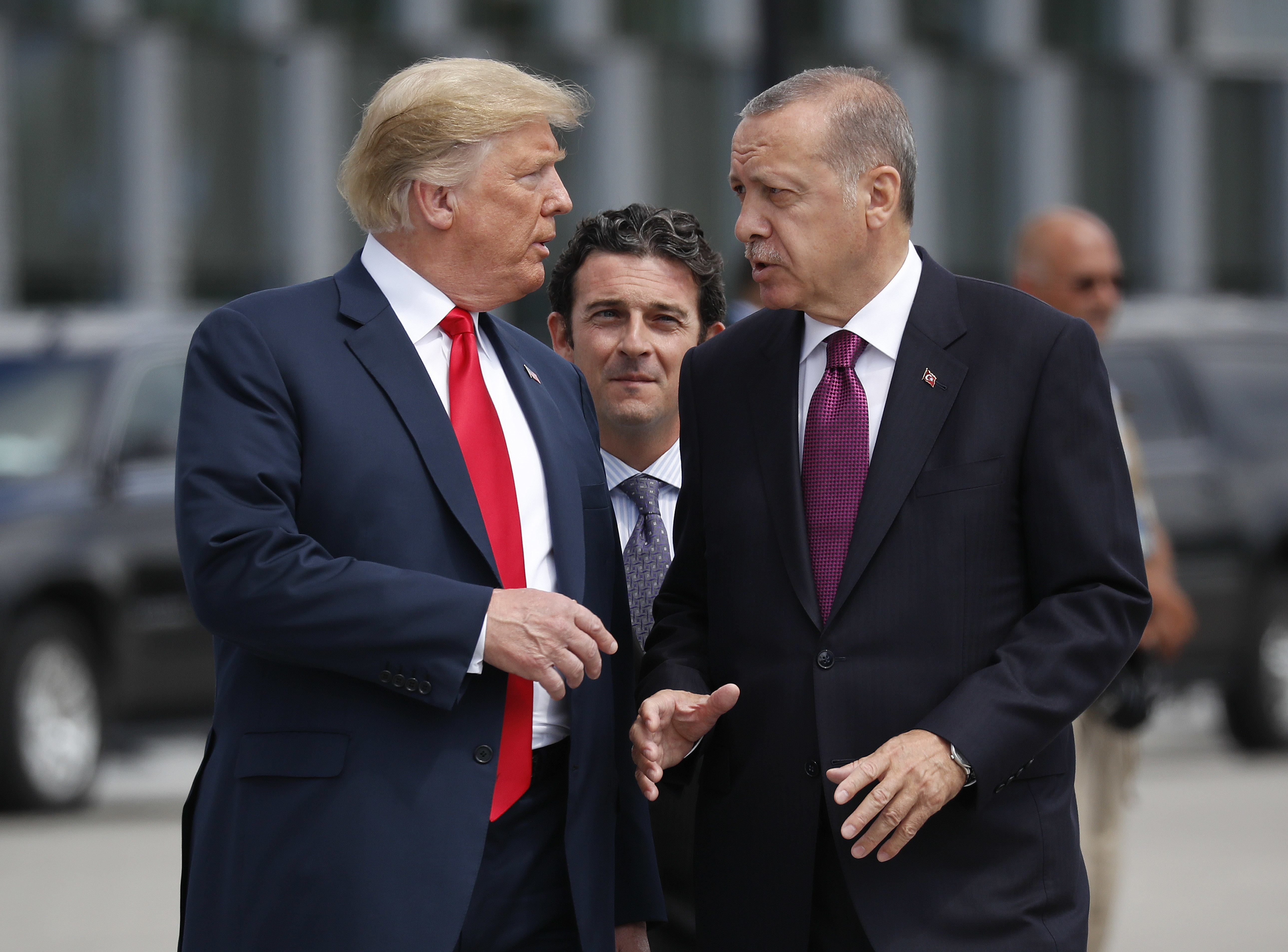