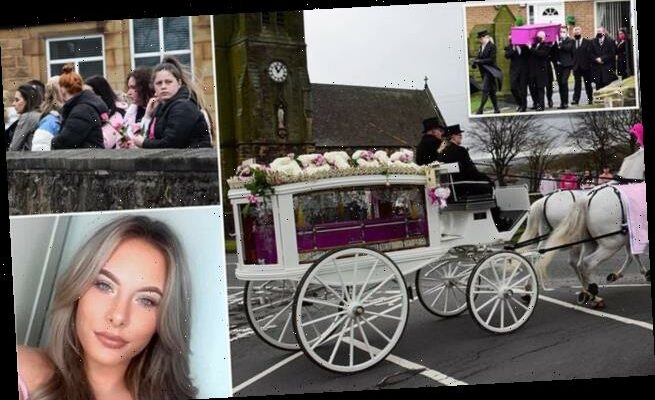 Hundreds of mourners wearing pink line streets for funeral of carer, 19, who was found dead in woodland three days after she went missing from her home 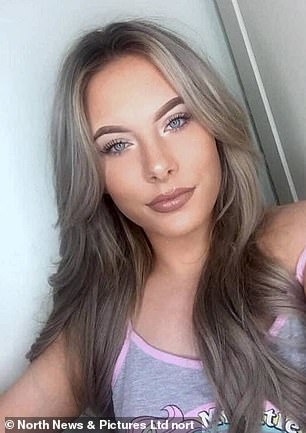 The funeral for Lucy Candlish, 19, (pictured) took place today at St Mary’s Church in Consett, County Durham, after the carer was found dead in woodland earlier this month

The funeral of a teenage carer who was found dead in woodland earlier this month took place today.

Hundreds of people lined the streets to pay their respects to Lucy Candlish, 19, as her funeral procession made its way to St Mary’s Church in Consett, County Durham.

Lucy was discovered near Consett, her hometown, on February 3, three days after she went missing.

Around 200 mourners watched the funeral procession today, with hundreds more watching the serice online to adhere to Covid restrictions.

Pictures show many mourners wearing pink – Lucy’s favourite colour – at the request of her family.

The white animals also had pink plumes on their harnesses. Her relatives could also be seen wearing pink face coverings as they entered the church. 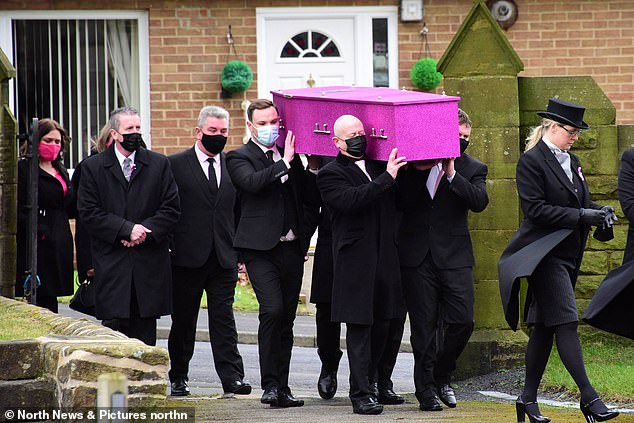 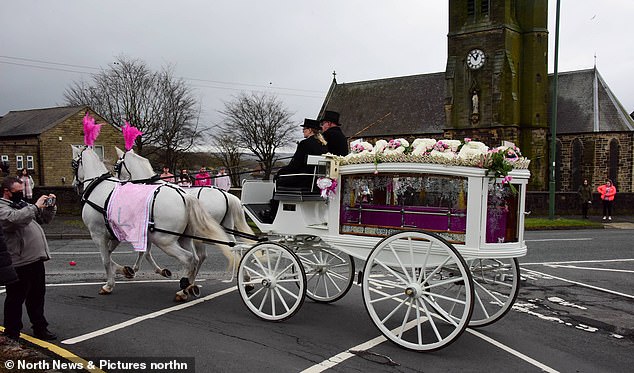 The coffin was followed by a procession of black cars before arriving at the church, and was then taken to Blackhill Cemetery.

Coronavirus restrictions meant only close family and friends could attend the service as they paid their final respects.

However, it was streamed live on Facebook where over 700 people were watching as Hey There Delilah by Plain White T’s played as well as Lost Boy by Ruth B.

Brother Ross Candlish took to Facebook the day his sister passed away and posted: ‘I love you so much Lucy, so so much, to the edge of the universe and back. Keep me a seat warm at the bar next to you up there x.’

A Crowdfunding page called ‘Lucy’s Legacy’ has since been set up to help support adults aged 18-25 through a buddy volunteering service, and has already racked up nearly £4,000. 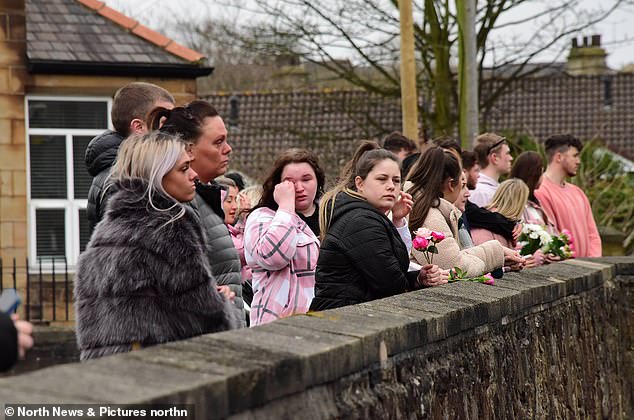 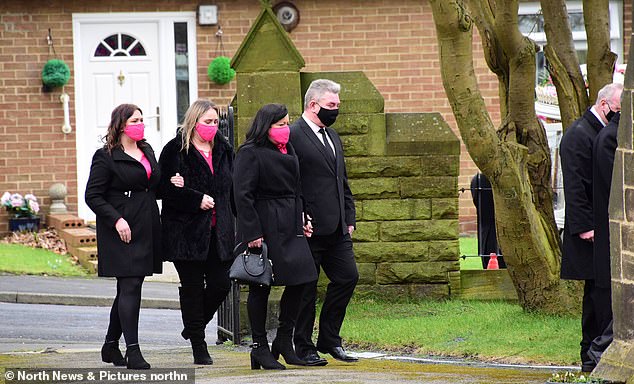 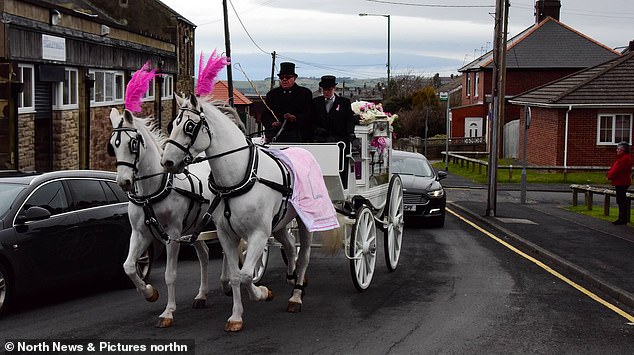 The service was streamed live on Facebook where over 700 people watched. Pictured: The horses and carriage carrying her coffin

The page reads: ‘Lucy was a naturally caring person who always looked out for others, she demonstrated this in the love of her job in end-of-life care and how she always put others first.

‘Lucy was a fantastic artist, and used her gifts to make others feel good about themselves – she was a talented hairdresser and makeup artist.

‘The eye in the logo for Lucy’s Legacy was created by Lucy, and represents her passion for art and looking out for others.’

Lucy’s death is not being treated as suspicious, Durham Constabulary previously confirmed.