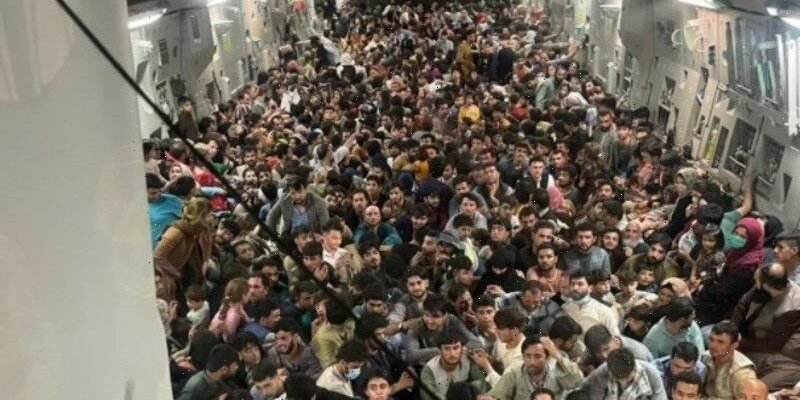 A US jet took a near-record number of passengers to safety following the collapse of Kabul, a US outlet has reported.

The US Air Force C-17 Globemaster III evacuated 640 refugees from Kabul late on Sunday local time, Defense One reported, “believed to be among the most people ever flown” in such a plane.

The C-17 “was not intending to take on such a large load, but panicked Afghans who had been cleared to evacuate pulled themselves onto the C-17’s half-open ramp, a video posted late Sunday showed,” the defence-related outlet reported.

The Afghans flew from Kabul to an air base in Qatar, sitting on the floor of the plane. The C-17 is designed to carry up to 134 troops.

Despite the huge number of passengers aboard the flight, it is fewer than the 670 people transported on a C-17 as they fled a typhoon in the Philippines in 2013, Defence One reports. 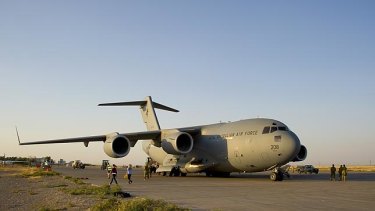 It follows scenes at Kabul international airport where thousands of Afghans, trying to flee the country, chased and even clung onto the sides of US military planes as they moved down the runway.

Some Afghans – apparently stowed away in the landing gear – plunged to their deaths as the planes took flight. Seven deaths were reported on Monday.

The US has been criticised for the handling of its pullout of troops from Afghanistan after the militant and theocratic Taliban swept to power faster than Washington anticipated.

The C-17, in service since 1995, is also flown by the Royal Australian Air Force.