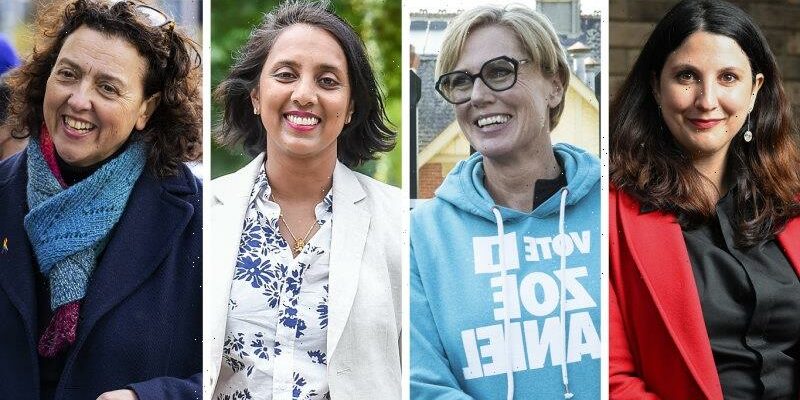 In front of a jubilant crowd of hundreds at the Brighton Bowling Club in Melbourne’s inner south, Daniel claimed victory and promised to be an “honest broker from the cross benches” of parliament. 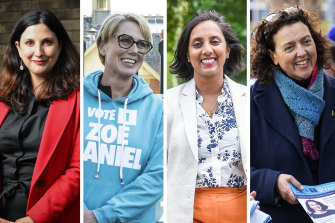 With almost 70 per cent of the votes counted at 11pm on Saturday, Daniel was ahead in the seat on a 5.6 per cent margin, according to AEC figures.

Labor’s Carina Garland has won the ultra-marginal seat of Chisholm, which had been held by the Liberal Party’s Gladys Liu since 2019.

With more than half the vote counted by 11pm on Saturday, Garland was in an unassailable position, 7 per cent ahead of Liu on a two-party preferred count.

The seat of Chisholm has see-sawed between the major parties over the years, with Labor’s Anna Burke holding it until 2016, followed by the LNP’s Julia Banks, then Liu from 2019.

Michelle Ananda-Rajah was leading the Liberals by 3.4 per cent on a two-party preferred count with 40 per cent of the vote counted by 11pm.

Allen held the electorate on a margin of 2.6 per cent after the 2019 election, but, like many inner-city seats, it has experienced a rise in support for the Greens in recent years.

Labor grew increasingly confident during the six-week campaign of its ability to win Higgins, with Labor leader Anthony Albanese making a last-ditch dash to the seat on Saturday morning.

Josh Frydenberg was the Liberal Party’s highest-profile loss on Saturday night as the Coalition was massacred in its wealthy heartland.

Teal independent Monique Ryan romped to victory following a hard-fought and bitter campaign, and was leading Frydenberg 4.53 per cent on a two-party preferred count with 51 per cent of votes counted by 11pm.

The federal treasurer, who was touted as a future Liberal leader, did not concede defeat on Saturday, but said it was “definitely difficult” to pull ahead.

Liberals had grown increasingly confident in recent days Frydenberg would retain his seat, albeit with a reduced margin.

The Liberal Party’s Keith Wolahan, who toppled long-serving MP Kevin Andrews in a preselection stoush, was in the fight of his life to hold the seat of Menzies for the Coalition.

Andrews held the seat on a 7 per cent margin, but with 52 per cent of the votes counted by 11pm, Wolahan was ahead by just 0.4 percentage points on a two-party preferred count. It was too close to call on election night.

The Liberals’ primary collapsed by about 10 per cent.

With Royce Millar and Clay Lucas