Tesla billionaire Elon Musk recently invited members of NASA and leading academics to discuss colonising Earth’s nearest neighbour in the next 40 to 100 years. 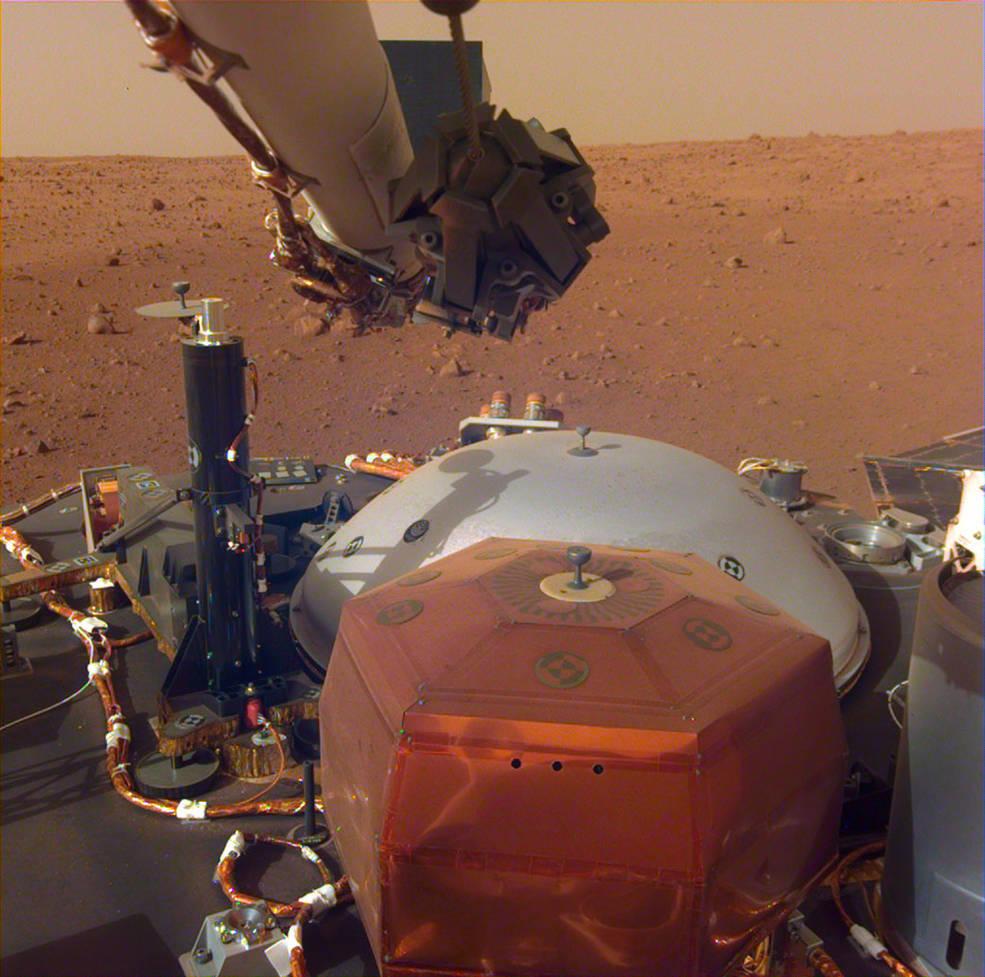 But considering a human colony on Mars would need to reproduce in order to be successful – it’s worth considering the dangers of having a child on the mysterious planet.

Dr John Millis, a NASA-funded physicist and astronomer, told The Sun Online that cosmic radiation on the planet’s surface would lead to “mutations” in the fetus.

He said: “One of the larger challenges facing a human mission to Mars is the amount of time the astronauts would spend in transit to the planet would expose them to significant radiation.

“Similarly, once on the surface of Mars, the design and construction of the habitats would be crucial to mission success because of radiation concerns on the surface – since Mars has very little atmosphere or magnetic field.

“To the forming fetus, the higher radiation levels would cause cell deformation and mutation, possibly terminating the pregnancy before reaching full term.”

But it's not just the mother and the child who would be put at risk.

A female astronaut falling pregnant during a Mars mission would “put the entire crew in danger,” write US biologists Haley Schuster and Steven L. Peck. 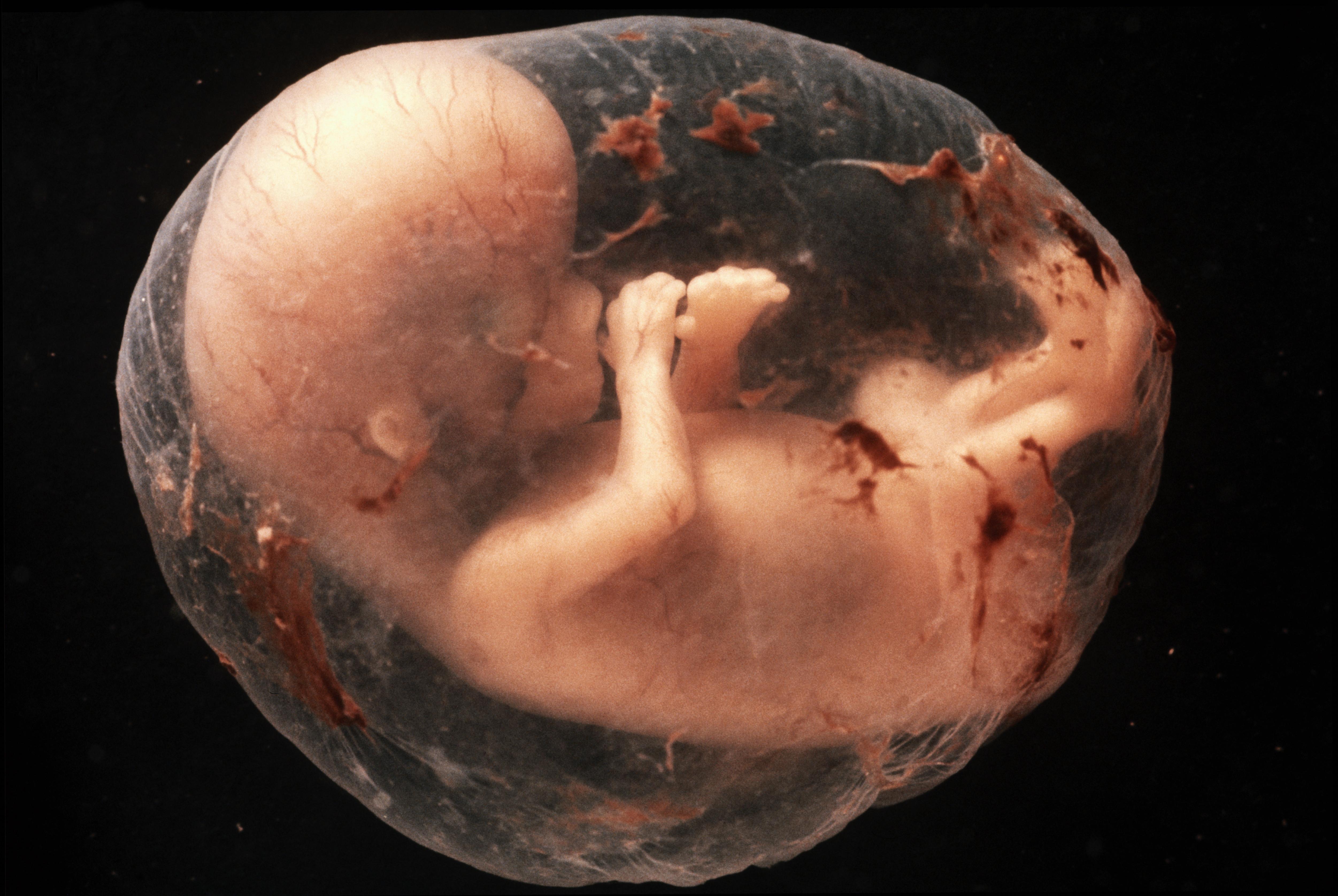 The two scientists, of Brigham Young University in Utah, believe resources such as medical supplies, oxygen and food would be compromised by the expectant mother and eventually her child.

In fact, they believe that a pregnancy on a Mars mission would be so dangerous that having the astronauts “permanently or temporarily sterilised" would have to be seriously considered.

Another challenge facing the mother and the crew would be the lack of a gravity on the red planet and its impact on the tot.

Mars has only 40 per cent of the gravity of the Earth which could lead to problems with the baby’s bone growth, Dr Millis said.

Microgravity environments can cause “bone and muscle degradation” which is why astronauts have to exercise regularly, he added. 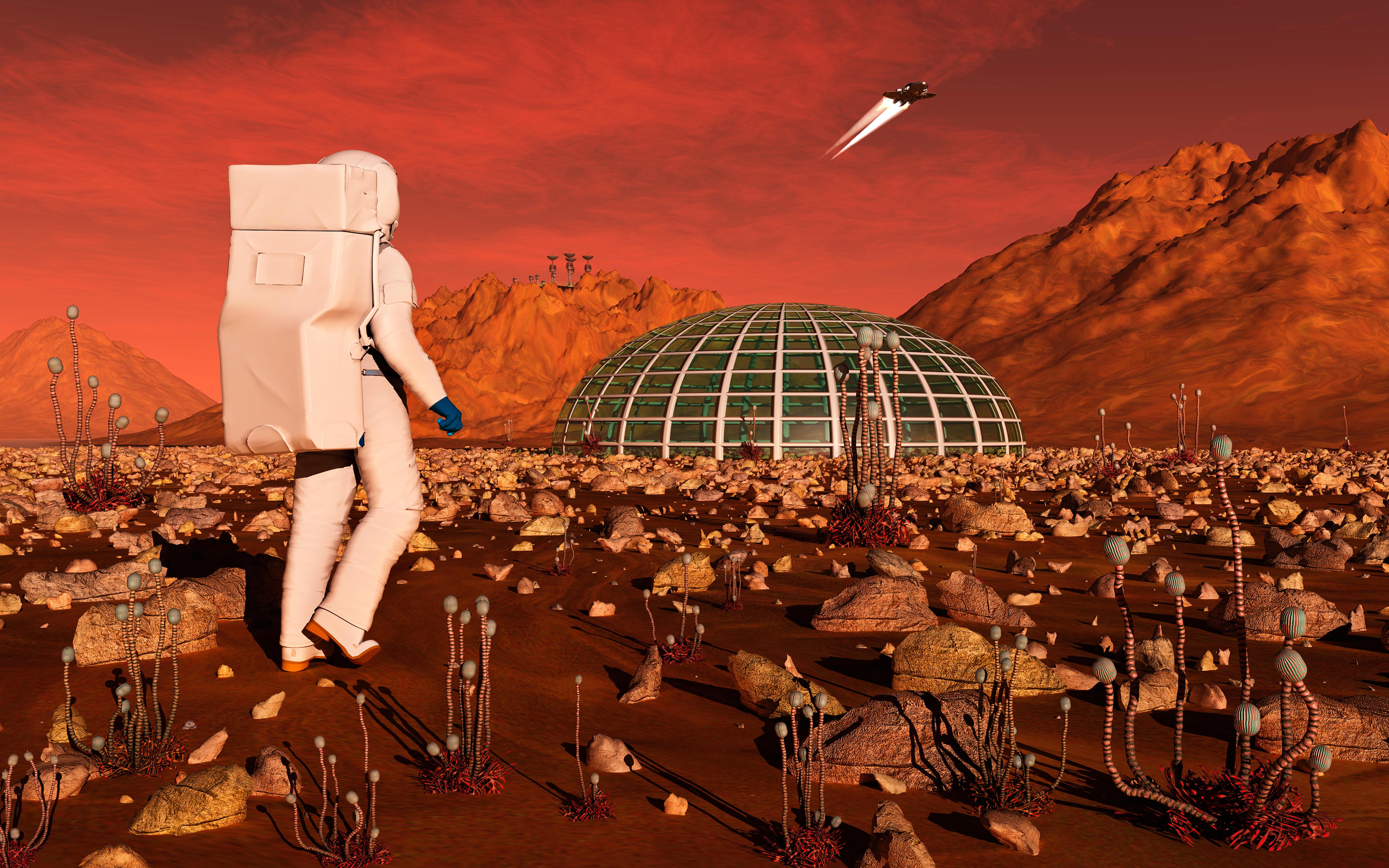 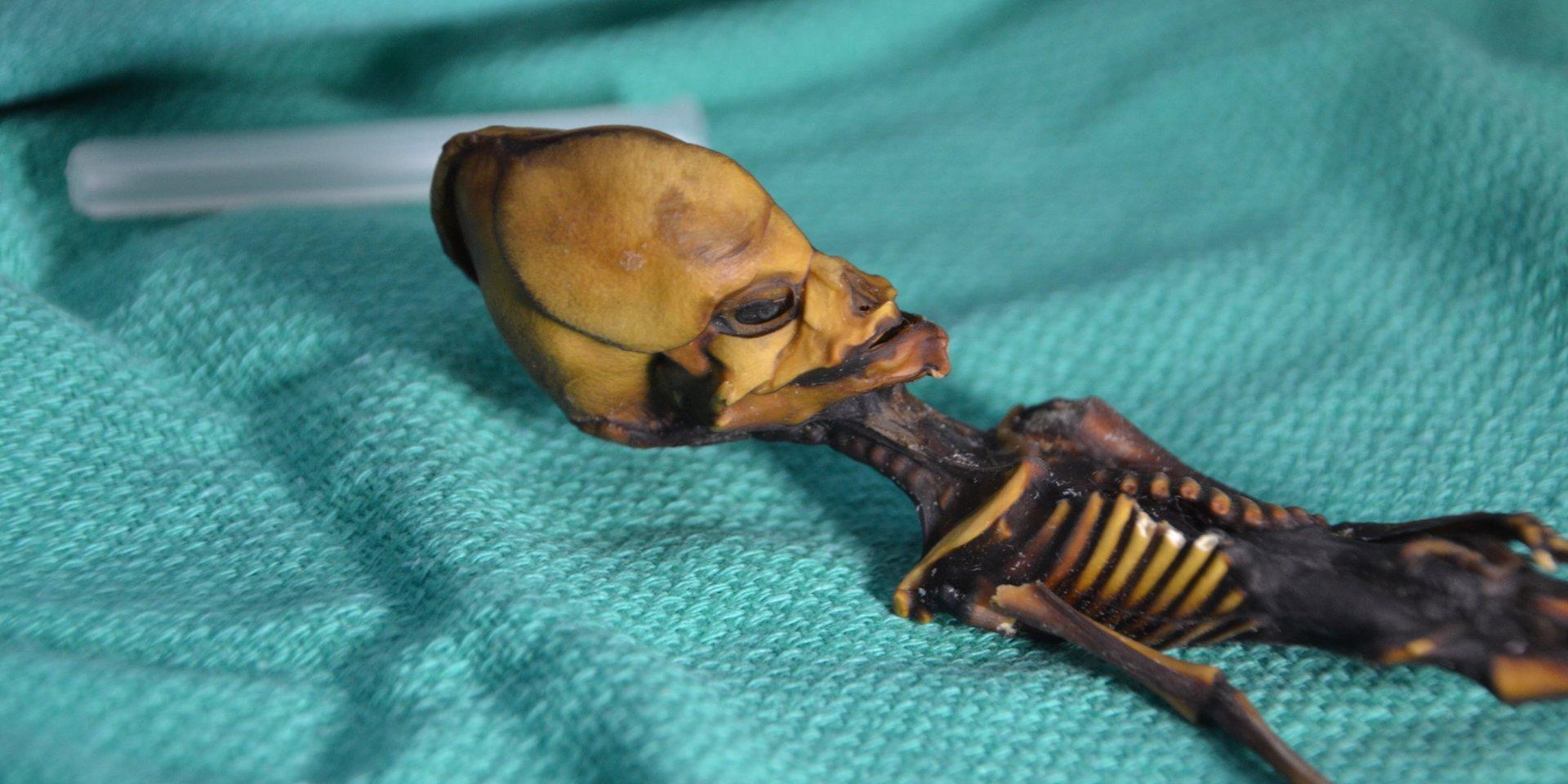 Dr Schuster and Dr Peck, who studied the impact of a pregnancy on a mission to Mars, agree that a baby would develop "abnormally" in an environment lacking gravity.

"Since cell proliferation was decreased in these human stem cells, it is likely that the space environment could cause the fetus to develop abnormally"

Dr Millis, of Anderson University in Indiana, insists that new technology would need to be developed in order for a child to be born, grow and survive on the unforgiving planet.

How long does it take to get to Mars?

He said: “It is highly improbable that a forming fetus would be able to make it to term in space, at least without significant radiation shielding.

“A simulated gravity environment on the spacecraft such as those depicted in some films, such as The Martian, would also be required.

“In all, it seems, that with the limits of current technology it is unlikely a baby could be born in space, and even if they were, they would face significant developmental challenges.”

Schuster and Peck also reveal that a pregnant astronaut "may be at greater risk for contracting an illness" brought on the mission by another crew member.

They write: "Pathogens may spread among the crew more easily in the cramped conditions of a spacecraft. 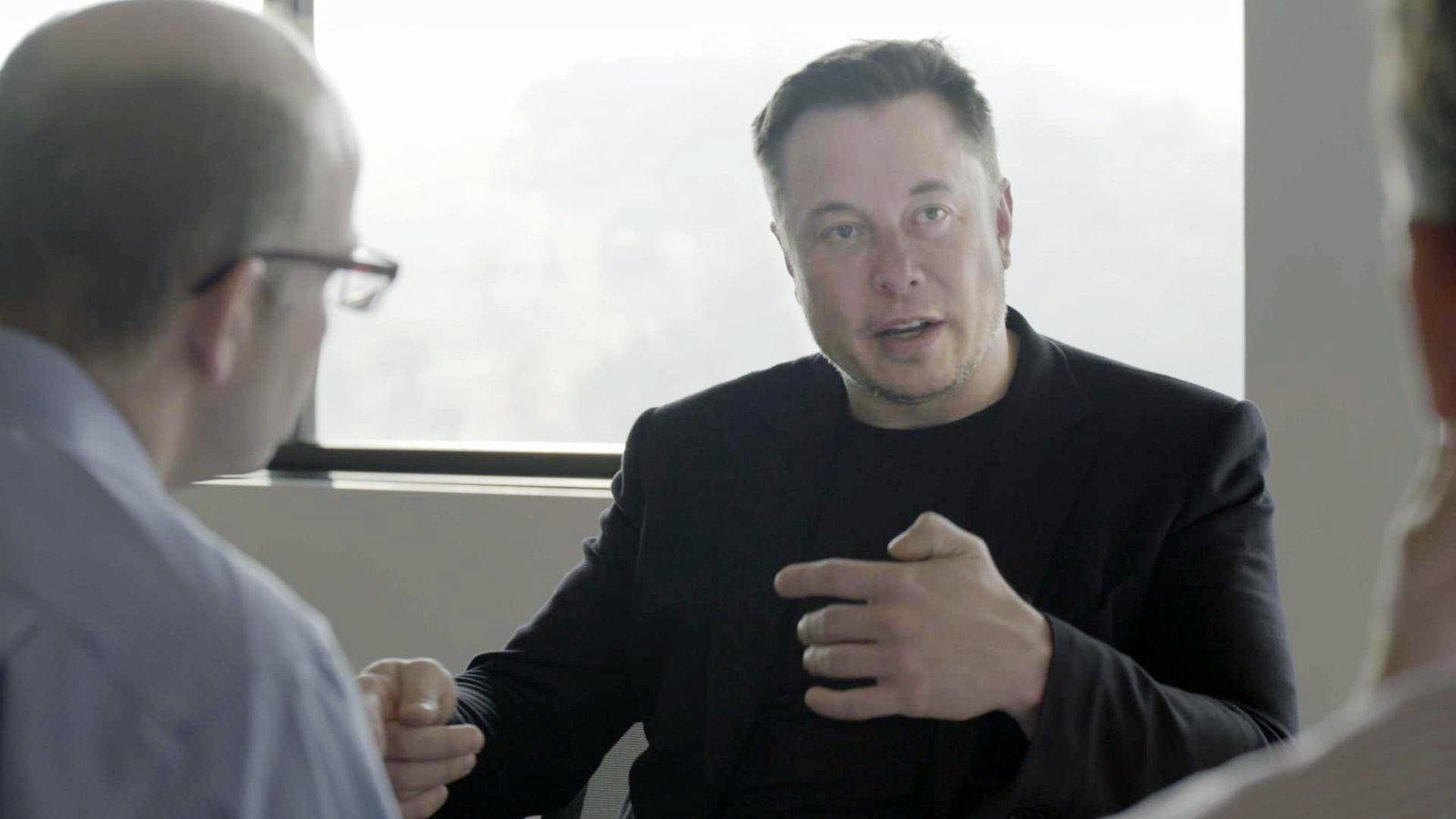 "The observation that astronauts’ immune systems are suppressed due to microgravity is well established.

"NASA researchers expect that an impaired immune system could pose a major risk for longer space flights, such as the one to Mars."

Despite the dangers involved of living there, South African-born tech mogul Elon Musk recently said there is a 70 per cent chance he will travel to Mars.

SpaceX is currently working on a vessel named Starship, which was previously codenamed Big F***ing Rocket.

It's believed that Starship will be able to make the voyage to Mars – with humans on board – within the next seven years.

And Musk, speaking last month on HBO's Axios, said: "I know exactly what to do. I'm talking about moving there."

The red planet is being photographed by NASA's unmanned Insight spacecraft which landed on the planet two weeks ago.

By examining and mapping the interior of Mars, scientists hope to learn why the rocky planets in our solar system turned out so different and why Earth became a haven for life.