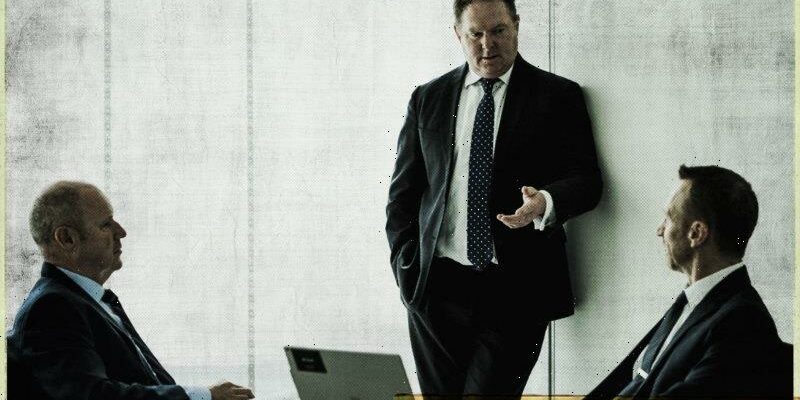 For a man with a penchant for placing a blowtorch on the feet of drug dealers he was extorting, Mark “Chopper” Read had a Zen-like approach to money matters.

When a lawyer drained most of Read’s book royalties to provide a dubious defence to one of his many legal conflicts, Chopper refused to become angry, simply blaming himself for leaving his money in a trust fund. 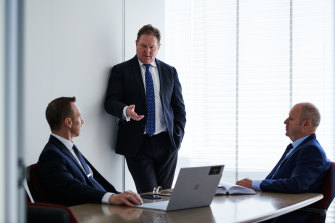 Which makes this story quite novel. It is about a legal firm that finds and returns money to clients rather than using it to buy Irish coffees at Swiss-inspired ski chalets.

Policeman-turned-barrister Andrew Tragardh liked working in court. “I loved poncing about in robes and a wig, it suited my ego.”

But what he saw were fraud cases that dragged on so long the money dwindled to nothing. The offender might end up in jail, but the victim would be financially ruined.

Frustration at the civil and criminal systems has led to victims stepping outside the law, employing bikies and other colourful characters as debt collectors. (In one such case, the subject hanged themselves.)

It is a recipe for disaster because if these types do use threats or violence, the person who employs them may be liable.

Having seen lawyers “stuff up” straightforward fraud cases, and criminal prosecutions drag out for years, Tragardh decided to set up his own firm, Duxton Hill, which is as much a detective agency as a legal practice. 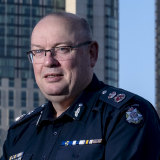 The cases show many people are naive, some are greedy while others are just plain bad.

Ringin loved unravelling a fraud. “In most crimes, there is a crime scene and evidence, then you go out and find the offender. In a fraud, the offender is usually known, and you then go out and get the evidence.”

What he saw was that the criminal law struggled with complex cases. “It takes on average 18 months for the fraud to be discovered and another 30 months for the case to be completed. That’s four years and the money is usually gone.

“The civil process is so much easier than the criminal.”

Before setting up Duxton Hill, Ringin and Tragardh worked together on fraud cases. “Andrew is like an attack dog. We have never lost a case. What better way to hurt the crook than take the money?”

The case of Josie Gonzalez is both basic and bewildering. Though massive, at $17.4 million, the fraud was simple and almost certain to collapse.

It was, however, bewildering that Gonzalez, a qualified lawyer, was ever in a position to sign off on as much as a breakfast voucher, let alone millions in funds.

Having talked her way into a position of trust as national claims manager for Dual Insurance, she began to fleece it. When Dual took its claims department in-house in March 2011, she was appointed to run the show. Within two weeks, she was stealing on a prodigious level. 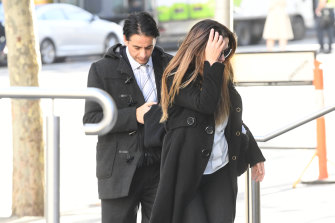 She and her husband, Alvaro, set up a fake legal firm, JAAG, which stood for Josie And Alvaro Gonzalez. (Not only was she greedy and dishonest, she was a smartarse.) From March 2011 until June 2013, she generated 428 false invoices to JAAG for a total of $17.4 million for fabricated legal work.

Tragardh was part of the team called in once the fraud was discovered and froze the couple’s assets, including $6 million in bank accounts, a $4.4 million Kew house and a townhouse.

“She had an impressive collection of designer handbags,” he says.

Within eight weeks, they were able to get the stolen money back, but the criminal justice system works at an entirely different pace. It would take more than three years for charges to be laid and they were not convicted until 2019 — six years after the fraud.

In the County Court, Judge Paul Lacava sentenced Josie to a minimum of seven years and Alvaro to five years.

It turned out this wasn’t the first time Josie Gonzalez had stuck her enthusiastic snout in the trough. In 1995, when she was 22, she pleaded guilty to fraud: while working at Myer she had forged 51 returned goods vouchers to steal more than $24,000.

Despite this, she was allowed to practise as a solicitor, a point not lost on Judge Lacava: “I am somewhat surprised that the Board of Examiners made a certificate that permitted your admission to the legal profession.”

With the kids off their hands, Romeo and Carmela Avallone were looking to downsize, selling their rural property and organising a bank mortgage option.

About a year ago, they bought a place and paid the deposit. Then COVID-19 hit and the bottom fell out of their excavation business. When Romeo went to the bank, they withdrew the mortgage offer.

The Avallones searched the internet to find an alternative lender, settling on what appeared to be a legitimate firm. It was, but scamsters had set up a mirror site with the sole aim of ripping off the desperate.

A friendly loan manager asked Romeo to provide his tax returns, driver’s licence and Medicare card as part of the application for a $150,000 loan, which was (of course) approved.

Just to cut down on the red tape, the loan manager persuaded the Avallones to send him their $350,000 in savings so the property purchase could be paid in one go.

Within days, the money and the friendly loan manager disappeared, the couple defaulted on the purchase and lost their $53,000 deposit. They ended up living in a shed at a friend’s house. 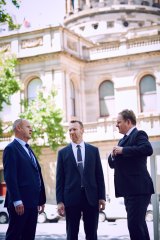 ‘We have shown the courts can freeze assets,’ says Andrew Tragardh.

The police told the victims it would be a long investigation and the bank managed to find just $10,000 of their money.

Tragardh’s team found the money had been channelled into a mule company where the directors were a NSW couple — a 92-year-old man and his 52-year-old wife.

While most of the money had already been sent overseas, Tragardh took court action to freeze assets in Australia. The NSW couple denied any wrongdoing but after their assets were frozen agreed to pay the Avallones back.

“Some people think the civil law can be dreadfully slow, but I disagree,” says Tragardh. “We have shown the courts can freeze assets and order document searches that result in the recovery of lost monies.”

One case on the books is a scammer who was scammed. The chief financial officer of an entertainment business thought she had found love online. He was charming, handsome, rich and promised her a new life.

He had $4 million in assets he needed to transfer to Australia before they could start their new life (which may have been a surprise to her present husband). She just needed to send him some money to get him there.

In just over six weeks, she stole $1.1 million, transferring it to 27 different accounts.

Around the time she started stealing, she also listed two investment properties for sale. Police laid charges but were unable to recover the money. Duxton Hill successfully sought a court order to freeze her assets.

Fraud on a global scale

For years, the elderly lady in the English city of Durham flirted with moving to Australia and it was certainly more than a daydream.

Having inherited a substantial sum, she transferred two-thirds to Australia and bought a home in Sydney.

For years, her assets were controlled by a sound financial adviser, and by 2015, her Australian nest egg had grown to $8.5 million.

Then he retired and a rogue operator moved in, forging signatures to set up a superannuation fund in her name controlled exclusively by him.

After receiving an anonymous letter that her adviser had transferred $500,000 from her account to one of his struggling companies, she ordered all her assets transferred to Britain.

For three years, the adviser ducked and weaved like a welterweight, finally producing fake paperwork to justify the “borrowings”. In mid-2020, Tragardh successfully obtained an order freezing his assets in the Supreme Court of Victoria.

Tragardh says finding the money is more important than punishing offenders: “The best way to help victims is to put a foot on the assets to stop them disappearing.”