A disabled teen has been left with third degree burns after her hot water bottle exploded over her leg.

Claire Hattam, 47, filled it up for her daughter Georgia, 18, to soothe her stomach pains. Minutes later she heard ‘piercing screams’ from her daughter’s room.

Ms Hattam, a hospice health worker from Welwyn Garden City, Hertfordshire, immediately dialled 111 however there was a two hour wait for an ambulance.

Instead, she took Georgia, who suffers with autism and Ehlers-Danlos syndromes – a group of conditions that cause very flexible joints and stretchy and fragile – to the hospital herself as she was in excruciating pain. 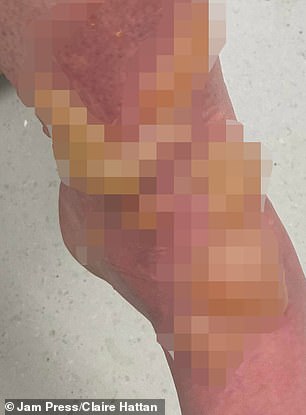 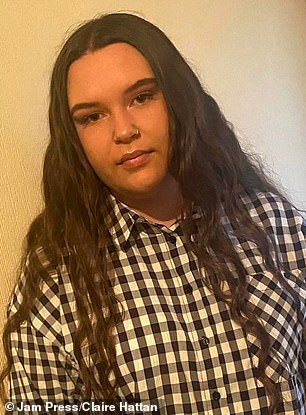 Georgia Hattam (pictured), 18, suffers with autism and Ehlers-Danlos syndromes. She has been left with third degree burns after her hot water bottle exploded over her leg

‘I met her upstairs on the landing and she screamed she had been burnt. I called 111 who told me there was delay of 120 minute for an ambulance.

‘I just kept covering her legs in very cold flannels, after two and a half hours then rang again and said there were still delays.

‘At 2.30am I decided to try and get her in the car as the blisters were getting worse.’

At the hospital, medical staff treated Georgia to a painful de-proofing treatment where her blisters and skin were removed.

Georgia then went to theatre for a skin graft and received strong antibiotics through an IV.

Ms Hattam said, ‘She has both second and third degree burns all over her leg.

‘She’s a bit better now she’s home but can’t get about, she’s using a zimmer frame and we’ve borrowed a wheelchair. 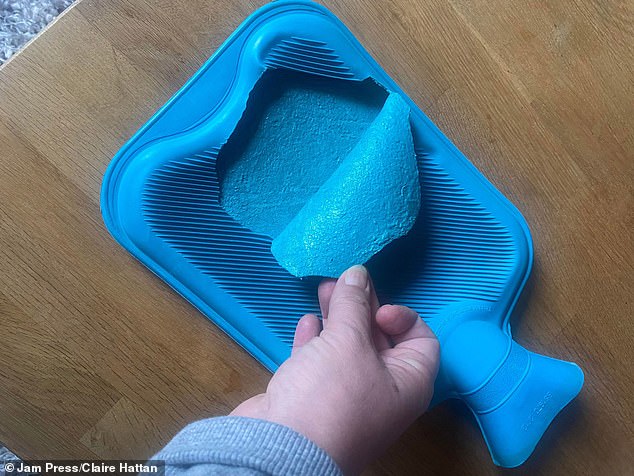 ‘We go back to the burns unit next Tuesday to have a dressing change and to see if they are healing, if they aren’t then she will have skin grafts.’

Ms Hattam now fears that her daughter is scarred for life from the incident and has removed all hot water bottles from their home.

She added, ‘The bottle is less than three years old, we have a few.

‘I didn’t realise they had expiry dates on them, we have removed all bottles from our house.

I’m sure Georgia will need some sort of therapy soon. So will I, as I have terrible mum guilt.’

The mother added: ‘Chelmsford burns unit are amazing, they couldn’t be more caring if they tried.

‘They made the effort to all introduce themselves and explain everything to us.’