Hot dog! Boiling pooch opens a supermarket fridge and jumps in to cool down

This is the moment a hot and bothered Pomeranian pooch opens a supermarket fridge door and climbs inside to escape the heat.

The video was filmed in the resort town of Antalya in south-west of Turkey as temperatures reached 86F (30C) with 60 percent humidity.

According to local media, the Pomeranian dog belongs to a Russian tourist and it opened the fridge by itself while its owner was shopping in a local Turkish supermarket.

The incident was reportedly filmed by the dog’s owner and was posted on social media where it has been widely shared.

In the footage, the Pomeranian dog is seen opening the supermarket fridge door by itself and settling down inside to take advantage of the cool air.

Social media users had a lot to say about the dog’s innovative method of escaping the summer heat. 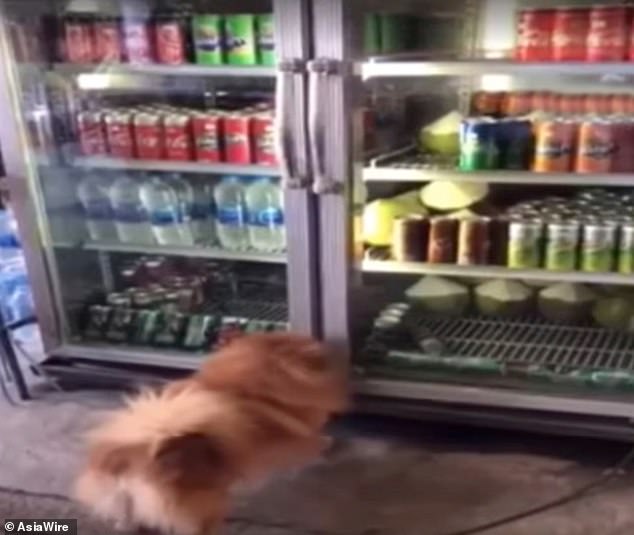 ‘Selim Islekdemir’ commented: ‘This is exactly what I feel like doing!’

‘Omer Kartal’ wrote: ‘I am going to do the same when I come to Antalya.’ 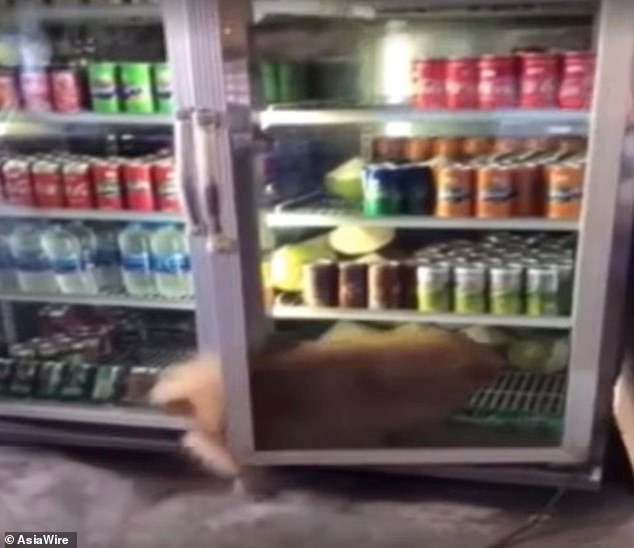 The dog owned by a Russian tourist, opens the door of the fridge on its own and gets inside 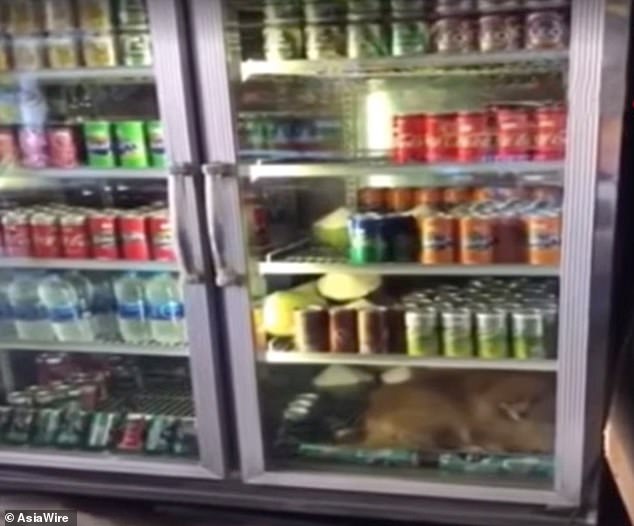