Hospital discharge times can be improved by using volunteers to collect medications, a trust has found.

The hold-ups meant patients well enough to be discharged were stuck in hospital, blocking beds needed elsewhere. But since the London hospital asked volunteers to take over deliveries, more than 100 hours have been saved. 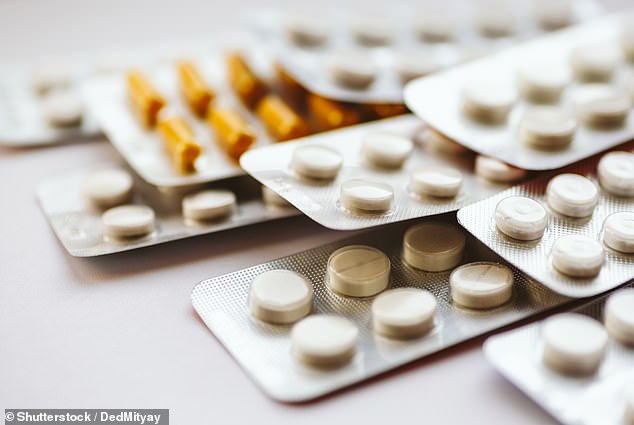 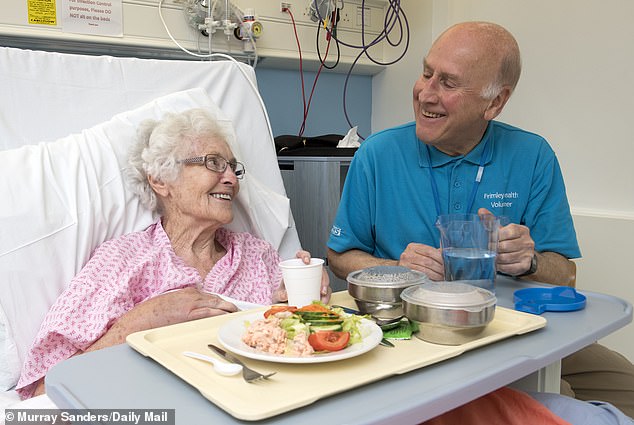 Volunteers: The number of readers who’ve signed up to the Mail’s new NHS campaign has hit more than 21,500

She said: ‘Prescriptions for patients who were ready to be discharged were dependent on staff having the time to collect those from the pharmacy. In some cases, discharges could be delayed as a result of not receiving the take-out prescription. Patients can be sat waiting for hours, because there’s no-one to get it.’

Bleep volunteering is one of the many roles readers could be assigned after pledging to join the Daily Mail’s NHS recruitment drive with Helpforce.

Around 22,000 generous readers have pledged their time to help staff and patients within the NHS.

Patients commonly need their medications altered in line with their treatment before they can go home.

Whatever your skills or experience, you can make a valued and lasting impact.

You will join the volunteers working in hospitals or with organisations that support the NHS, such as the Royal Voluntary Service, Marie Curie, British Red Cross, and others.

Join us by pledging your time in 2019 at www.hospitalhelpforce.com and clicking on the ‘pledge now’ box.

Thank you – and welcome aboard!

These are issued from the hospital pharmacy, which relies on a staff member or relative to collect it.

During the pilot project, volunteers using walkie-talkies would be bleeped by staff to respond to where they are most needed. Tasks carried out included escorting patients between appointments, directing lost patients or visitors, rounding up wheelchairs and returning them to reception, as well as collecting discharge medication.

The team have delivered an average of 70 take-out prescriptions a day, saving staff a total of 116 hours in around six months.

Rising waiting lists and hospital admissions has made reducing ‘bed blocking’ or delayed discharges of care a priority. Health professionals have hailed bleep volunteers a success, with other hospitals expected to roll out the scheme next year.

Aju Chacko, 40, who works at a cinema but volunteers at the Chelsea hospital on days off, said it was a rewarding role. He said: ‘The best bit is I can spend quality time with the patients. Sometimes they are really lonely so it’s nice to cheer them up.

‘Nurses can’t spend much time chatting to them but I can. It makes a real difference to people.

Older people who live alone are 50 per cent more likely to visit A&E than those who live with their families.

They also visit their GPs more often and have a higher risk of becoming a hospital inpatient, warns the Health Foundation.

Researchers also found that pensioners living solo are 25 per cent more likely to have a mental health condition.

One in three over-65s now live alone. Many are socially isolated, which raises the risk of a stroke by a third and is as bad for you as 15 cigarettes a day.

Age UK said: ‘We have to provide the help and services they need and not assume there will always be a willing family member around to step in.’