FRIGHTENING footage has captured a police SUV plowing into a group of protesters. 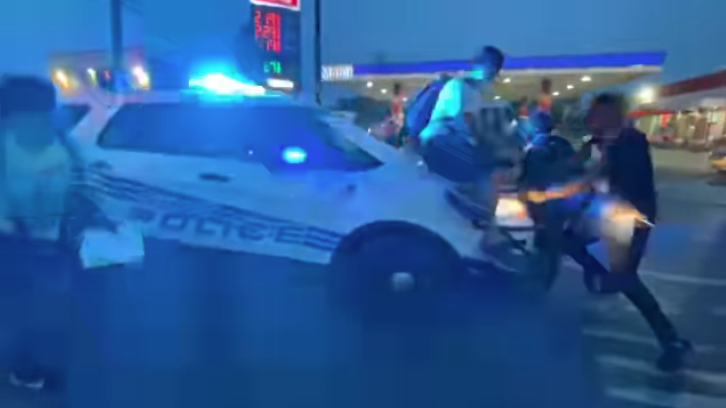 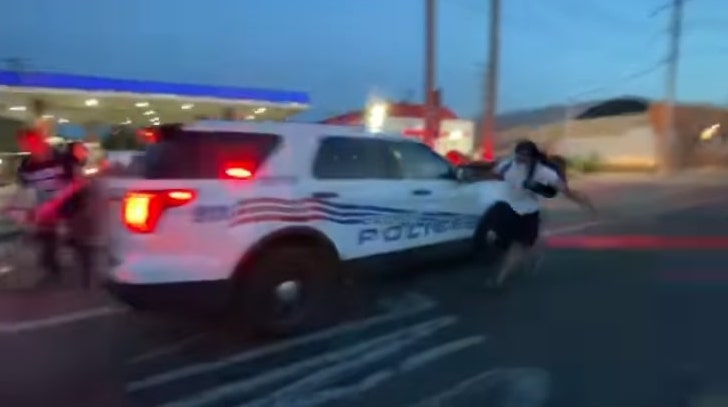 As the cop car attempts to edge through the crowd, some of the protesters are seen climbing onto the hood.

That's when the car lurches forward a few times, sending some of the group flying onto the ground.

"Oh my God," a woman can be heard screaming in the chilling footage.

Despite the group dispersing and several protesters laying on the ground, the car continues to lurch forward.

The vehicle then accelerates, speeding off with at least one man still holding onto the hood. 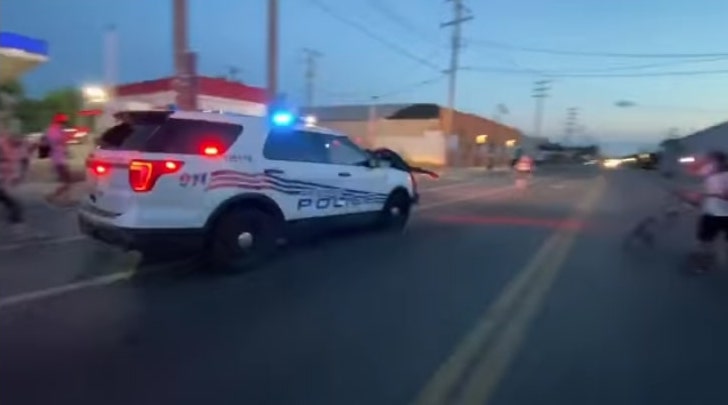 Fellow demonstrators can be heard screaming and start running in the direction of the police vehicle.

Activist Ethan Ketner claimed on Twitter that a number of people were hurt.

“Detroit Police Department drove into 10-12 protesters including myself,” he said.

“Multiple people are going to the hospital,” he said, alleging the incident was caused by a “reckless driver who somehow has a badge.” 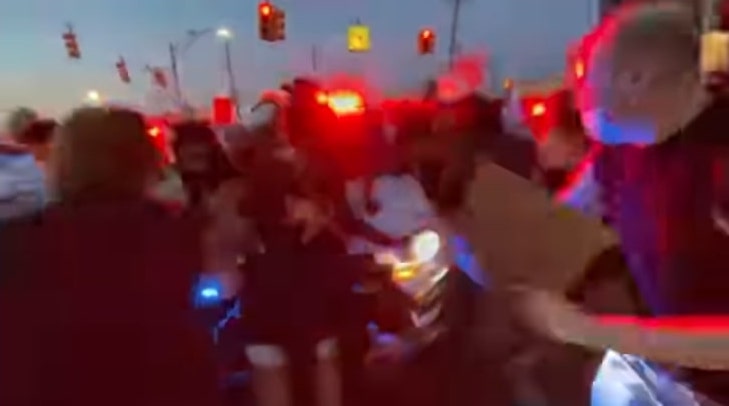 Police said in a statement to The Detroit News that the car had been escorting protesters, but the group seen in the video were "agitators".

A spokesperson said the officer "tried to escape" after the rear window of the car was "busted out".

Police confirmed the incident was being investigated.

It happened around 9.30 pm on Sunday at what organizers said was an otherwise peaceful demonstration.

Protester Brendan Scorpio, who shared footage of the incident, said he was one of the injured, tweeting "I got hit by a damn cop car today for walking."

Another demonstrator, Jae Bass, told the Detroit Free Press the officer behind the wheel "just floored it”.

“We went flying off. He ran over a couple people’s arms, feet.”

It follows more than a month of nationwide protests in response to the death of George Floyd in custody in Minneapolis, with demonstrators calling to reform or even defund the police.