A Hong Kong court on Thursday charged two former editors for a pro-democracy media outlet with sedition and denied them bail.

The move comes one day after Stand News was forced to close following a raid by police officers and the arrests of seven current and former senior editors and board members. 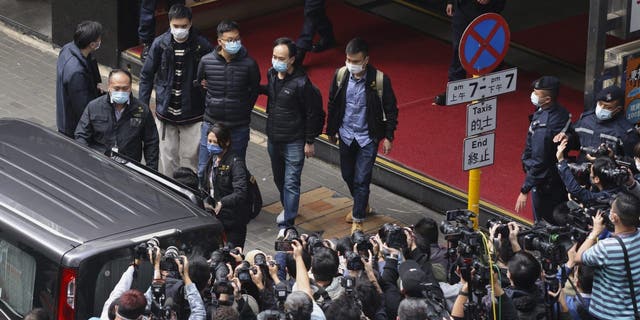 Editor of Stand News Patrick Lam, fourth from left, is escorted by police officers into a van after they searched for evidence at his office in Hong Kong, Wednesday, Dec. 29, 2021.
(AP Photo)

In the latest move to crack down on pro-democracy institutions, roughly 200 police officers raided the online publication Wednesday and froze its assets.

Hong Kong leader Carrie Lam defended the Stand News raid, and told reporters that “inciting other people…could not be condoned under the guise of news reporting.”

U.S. Secretary of State Antony Blinken condemned the move and said, “Journalism is not sedition.”

“A confident government that is unafraid of the truth embraces a free press,” he added.

Blinken called on the People’s Republic of China (PRC) and all Hong Kong authorities to immediately stop targeting media officials and release those still held.

“By silencing independent media, PRC and local authorities undermine Hong Kong’s credibility and viability,” he said in a statement. 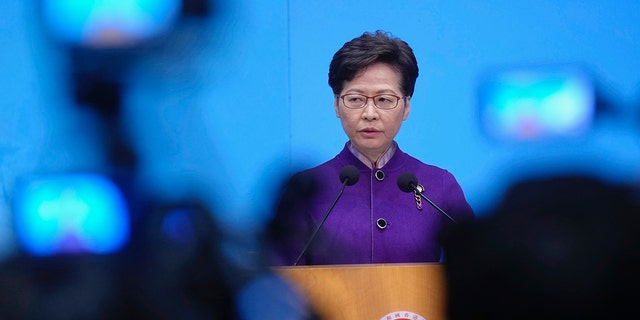 But according to a charge sheet, former Stand News editors Chung Pui-kuen and Patrick Lam were charged with conspiracy to publish a seditious publication.

Lam was not present in court Thursday because he was reportedly in the hospital, though it remains unclear for what reason.

If convicted they could face up to two years in prison and a fine of 5,000 Hong Kong dollars, which is roughly $640. 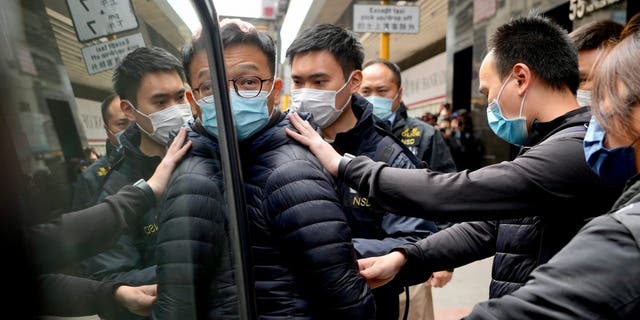 Editor of Stand News’ Patrick Lam, center, is escorted by police officers into a van after they searched evidence at his office in Hong Kong, Wednesday, Dec. 29, 2021. Hong Kong police raided the office of the online news outlet on Wednesday after arresting several people for conspiracy to publish a seditious publication.
(AP Photo/Vincent Yu)

Police officials said they would also prosecute the company for sedition.

Apple Daily was forced to close earlier this year after its publisher, Jimmy Lai, and top editors were arrested and the publication’s assets frozen.

Hong Kong, a former British colony, was handed back over to the PRC in 1997.

But under the Sino-British Declaration, Beijing promised Hong Kong would maintain a certain amount of autonomy from mainland China and keep Western-style freedoms for 50 years.

Hong Kong has seen an increase in crackdowns on its autonomy for more than a year after China passed a national security law in June 2020 that made it easier to prosecute what it deems criminal offenses.