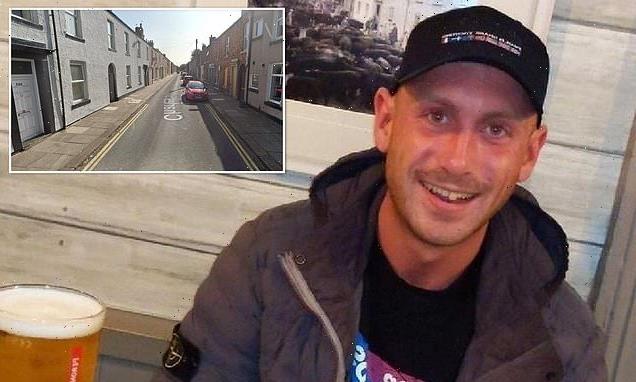 Honeytrap gang of six are each convicted of murder after they settled drug debt by luring man, 26, to flat with offer of sex – then torturing and beating him to death with diamante riding crop and dumping body in river

A gang of six is facing life in jail for luring a man with a honeytrap sex offer before brutally torturing and murdering him with a diamante-headed riding crop.

Lee McKnight, 26, was the victim of a two-hour beating when lured to Coral Edgar’s house in Carlisle, Cumbria, on July 24 last year.

Carlisle Crown Court heard how he was brutally beaten to the brink of death in a blood-splattered home before being dumped in a city river. 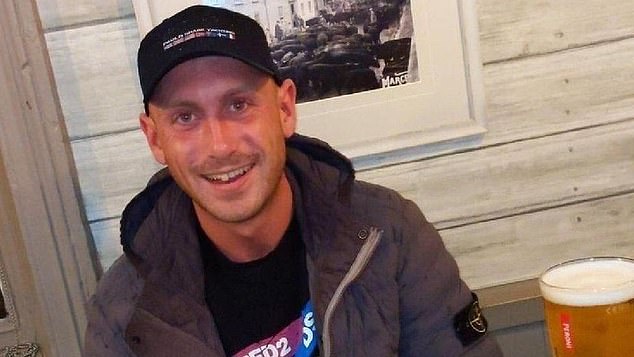 Lee McKnight (pictured), 26, was the victim of a two-hour beating when lured to Coral Edgar’s house in Carlisle

Mr McKnight had owed a drug debt to dealer Jamie Davison, 26, who ran a half-a-million pound narcotics empire which had gone to ground.

A jury heard Davison lured Mr McKnight out using one-time lover Coral Edgar, 26, to offer a tryst at her home.

But in a two-hour ordeal he was punched, kicked, stamped on, beaten with a riding crop and whipped, causing multiple injuries.

Wounds to his torso and legs suggested he was assaulted while secured to a chair, with his blood splattered across a kitchen and living room.

Neighbours heard cries of pain and loud music at the time and later his beaten body was driven in a Nissan Navara to the river Caldew.

He was hoisted over barbed wire and dumped into water and his body found, partially wrapped in a curtain, at 5.30am by a farmer.

Prosecutor Tim Cray QC said Davison, himself being chased for cash by crooks, angrily sought his victim over a drug debt.

After recruiting Arron Graham, 26, and Jamie Lee Roberts, then 17, Coral Edgar lured Mr McKnight to the house while her mother Carol Edgar, 47, provided the car. 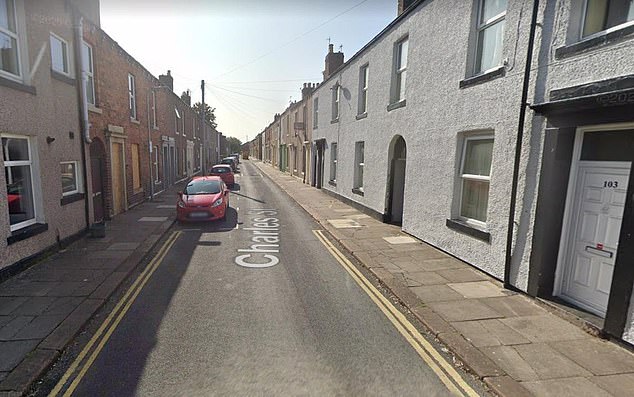 On Monday this week, after 27 hours of deliberations, the jury convicted all six Carlisle residents of murder.

They were remanded in custody by Mr Justice Hilliard for a sentencing date to be fixed.

On Monday Isla Chilton, of the Crown Prosecution Service, said: ‘These co-conspirators were all responsible for Lee McKnight’s death.

‘Through CCTV, phone and forensic evidence, the CPS was able to present the jury with compelling evidence that undoubtedly showed the guilt of the accused.

‘Lee McKnight’s tragic and senseless murder has shocked the community – all due to the greed of the drug dealers.

‘We hope his family and friends feel justice has been served.’

Det Supt Dave Stalker, of Cumbria Police, said: ‘I would like to thank the jury – ordinary members of the public who have had to see and listen to this horrific incident.

‘This is an extremely unusual set of circumstances for Cumbria, in terms of scale, severity and the impact within the locality.

‘I hope the manner in which it has been dealt with and outcome, will reassure the public.

‘The Constabulary will act robustly, bring those responsible to justice and serve to keep our communities safe.’