A HOMEOWNER with a rifle reportedly shot at Black Lives Matter protesters, hitting one, as they were making their way from Milwaukee to Washington, DC.

Activist Frank Nitty documented the shooting on Monday on social media, when he and the group he was with were stopped in a Pennsylvania town during the cross-country demonstration. 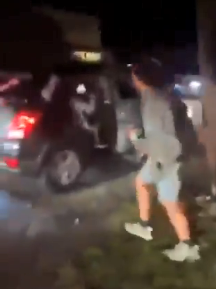 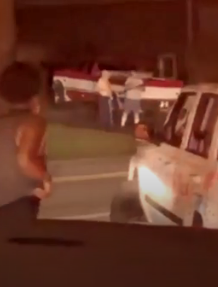 Nitty's video shows he and other marchers walking outside of vehicles on what appears to be a residential street when a gun shot rings out.

The video is a bit hard to follow, but demonstrators can be seen scattering and making their way into nearby cars.

At one point, the camera points at a house across the road where two men can be seen staring at the group. One is holding a long object, that appears to be a rifle, though it is difficult to make out.

Local station KDKA reported that one person was injured in the shooting and is in the hospital in stable condition.

Police are questioning two people in relation to the incident, the station reported.