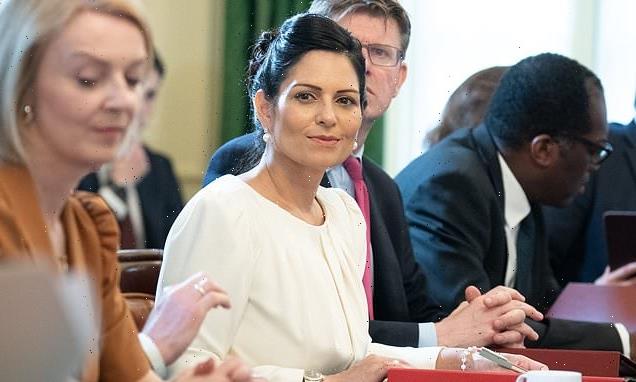 Priti Patel faces the Cabinet axe after failing to back Liz Truss for the Tory leadership.

The Home Secretary, who considered her own run for the top job, chose to stay neutral in the race in the hope that whoever succeeded Boris Johnson would keep her in post.

But it is understood she has had no contact from leadership front runner Miss Truss about staying on.

And allies of the Foreign Secretary have suggested her job has already been offered to others, with Attorney General Suella Braverman strongly tipped for the role. 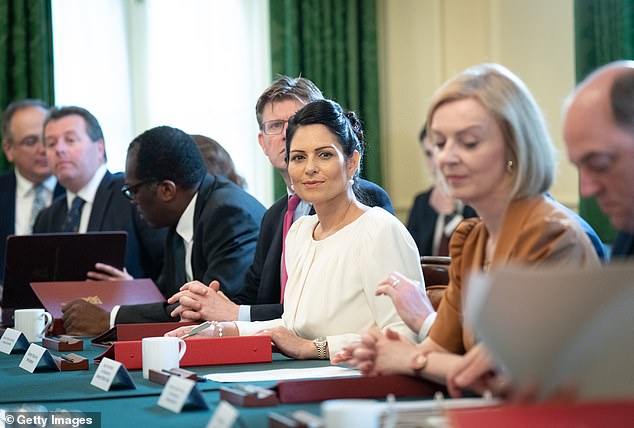 Home Secretary Priti Patel (centre, alongside cabinet colleagues including Liz Truss) has told friends she is not interested in taking another job and is expected to return to the backbenches if she is offered a demotion by Liz Truss if she wins the Tory party leadership race 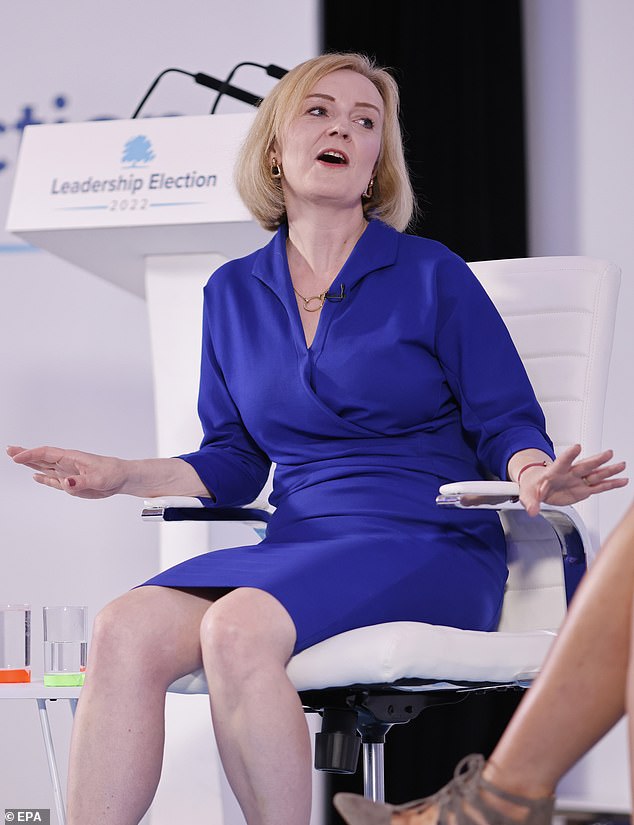 Miss Patel has told friends she is not interested in taking another job and is expected to return to the backbenches if she is offered a demotion.

When Mr Johnson quit, she was persuaded to stay out of the leadership race to avoid splitting votes on the Tory Right.

She will be the most high profile departure in an expected Cabinet clear-out as Miss Truss seeks to reward her allies and stamp her authority on government.

Sources in the Truss camp said Justice Secretary Dominic Raab is ‘certain’ to be sacked after infuriating the Foreign Secretary by describing her economic plans as an ‘electoral suicide note’.

Rishi Sunak has indicated he would not take a job, even if one were offered. But other leadership contenders are expected to get key roles, including Kemi Badenoch, Penny Mordaunt and Tom Tugendhat.

Former Brexit minister Lord Frost is also in discussions about a possible role.