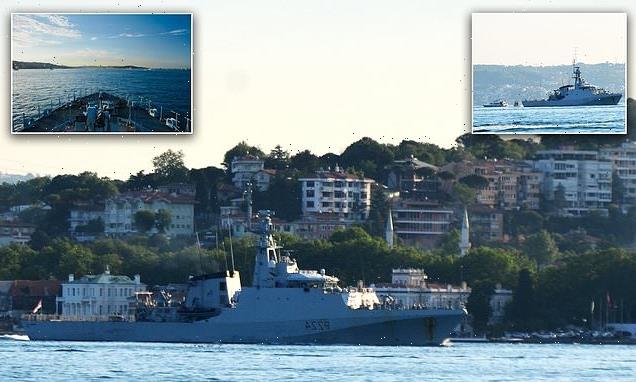 The Royal Navy warship in Putin’s backyard: HMS Trent is spotted in the Bosphorus after Black Sea mission to support Ukraine

The Royal Navy warship HMS Trent left the Black Sea and made its way along the Bosphorus Strait in Turkey today – weeks after setting sail to the region amid rising tensions between Ukraine and Russia.

The patrol vessel was spotted leaving the Black Sea through the Bosphorus Strait in Istanbul earlier this morning.

It comes just weeks after the warship passed through the Dardanelles Strait and Bosphorus following its deployment to Ukraine’s port in Odessa amid tensions over the Kremlin’s intentions in eastern Ukraine.

In May, the ship sailed to the port city of Odessa to carry out a training operation in solidarity with Ukraine and to work with NATO and regional partners as part of the Royal Navy’s Forward Presence. 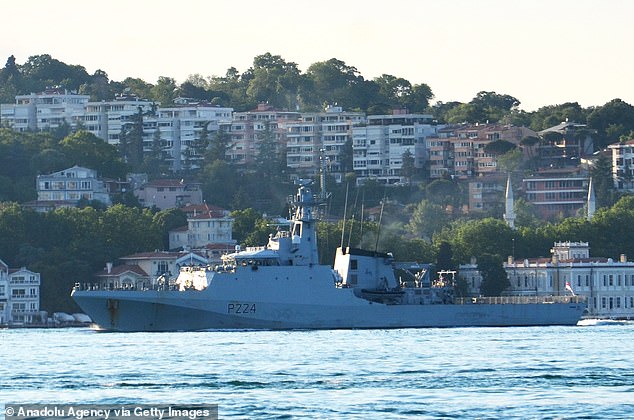 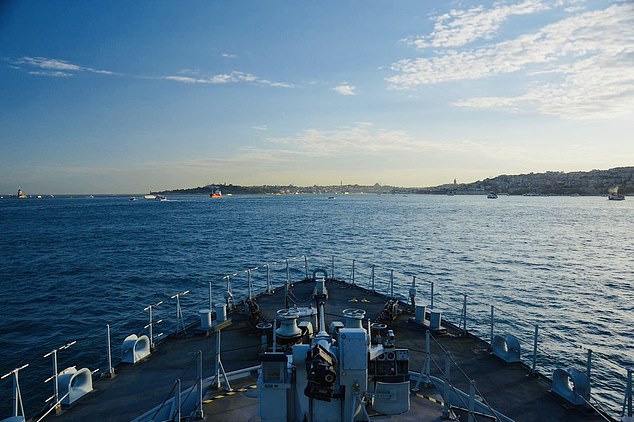 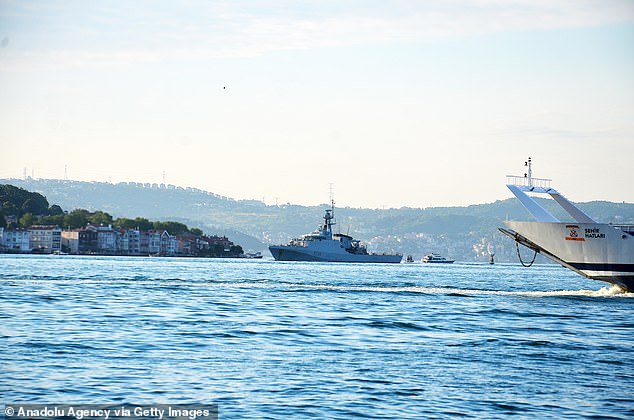 He said: ‘I would not even say that the British [navy] would be able to tickle our nerves.

‘If a serious ship enters the Black Sea and there is an immediate threat then you can track it with weapons, as target designations are issued to coastal missile systems and aircraft, which are on duty.’

Admiral Viktor Kravchenko said the Trent would be ‘met’ near the Bosporus Strait and monitored using ‘radio equipment’, according to Interfax.

He added: ‘Ships of the Russian Black Sea Fleet are constantly nearby until foreign naval ships leave the area.

‘Of course, this is unpleasant. You will have to be distracted, keep an eye on them; what are they going to do in the Black Sea.’

‘The forces of the Black Sea Fleet have started tracking the movements of the British Navy patrol ship HMS Trent, which entered the Black Sea on 16 May 2021,’ it said in a statement.

In April, Vladimir Putin escalated fears of a possible Russian invasion by ordering the blockade of the strategically important Kerch Strait.

Russian warships moved into position to control the strait, cutting off sea access to Ukraine’s south-eastern coastline and eastern Crimea.

The Kremlin confirmed all foreign and Ukrainian military vessels would be forbidden to sail from the Black Sea into the Sea of Azov for the next six months, although commercial vessels would not be affected. 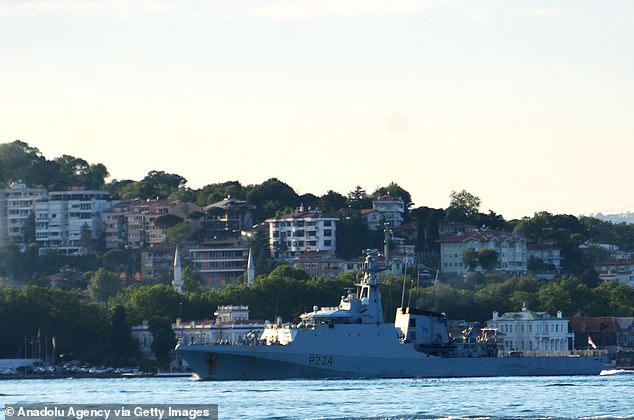 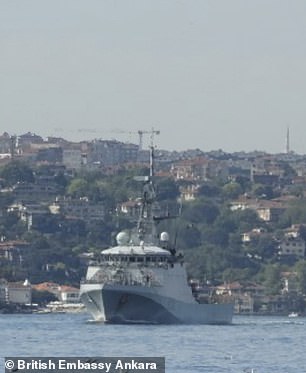 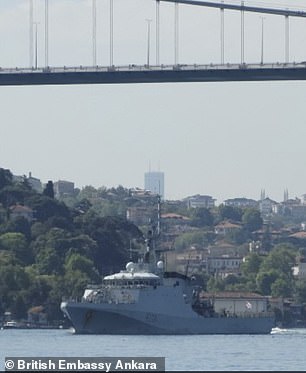 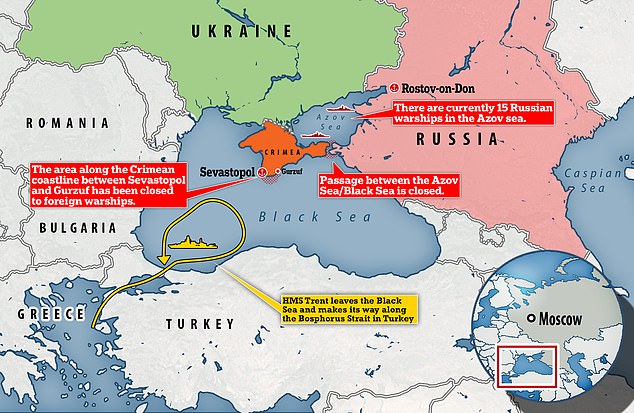 The blockade was announced a day after President Joe Biden cancelled plans to send two American destroyers to the Black Sea for fear of increasing tensions.

Two more Russian warships and 15 smaller vessels were transited to the Black Sea in mid-April amid rising tensions with Ukraine.

The pair are capable of carrying tanks, and of delivering armour and troops during coastal assaults.

The fleet is headquartered in Svestapol, the Crimean Peninsula, and has bases in Rostov Oblast and Krasnodar Krai.

Just a month later, Russia amassed troops on the Ukrainian border and carried out huge military drills in Crimea involving 10,000 soldiers, 40 warships and 200 planes. Russia has since pulled back some troops.

As tensions continued, security experts were left fearing that Russia was planning to reoccupy eastern Ukraine on the pretence of protecting native Russian speakers who live there.

Nato expressed serious concern over the build-up of forces on the border, while Pope Francis called for a lowering of tensions in eastern Ukraine.

He said: ‘Please! I strongly hope that an increase in tension can be avoided.

‘On the contrary, there is a need for gestures that can promote reciprocal trust and foster reconciliation and peace, both so necessary and so desired.’

He spoke following a meeting with the foreign ministers of Lithuania, Latvia and Estonia – NATO allies in the region – saying ‘the four of us condemn the exacerbation of the situation by Russia.’

‘The world is on the side of Ukraine and international law, and this is one of the elements of restraining Russia from reckless actions,’ he added.

His comments came after it was revealed that Washington had U-turned on a decision to send two warships into the Black Sea, a day after Russia warned them to stay away ‘for their own good’.

Instead, President Joe Biden slapped sanctions on Russia for attempts to interfere in the US election and a large hack of US government data that American intelligence services blame on Moscow.

Biden expelled 10 Russian diplomats, some of them alleged spies, hit 32 entities tied to Russian election interference including a notorious ‘troll farm’, and sanctioned eight people and entities linked to the occupation of Crimea.