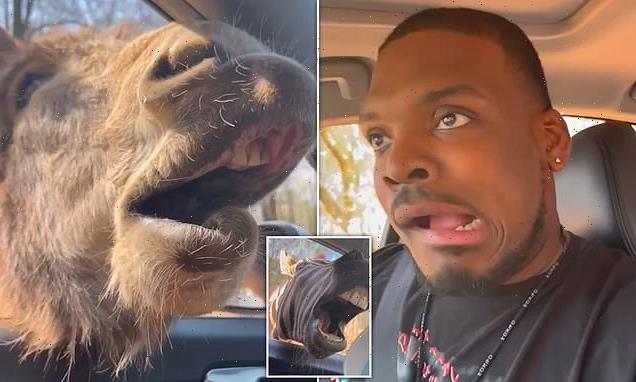 ‘They’ve got long faces, they can get in!’ Hilarious moment hungry animals send couple into a panic on car safari in Georgia

A family’s visit to a safari park took a hilarious turn when the parents started panicking as they came face to face with the hungry animals.

Morgan Mosley and her husband Rex filmed as they drove through Wild Animal Safari in Pine Mountain, Georgia, with their children and the footage has gone viral.

More than 6.8 million people have viewed a video of the pair shrieking in fear as zebra, donkeys, ostriches and deer poke their faces into the car looking for food. 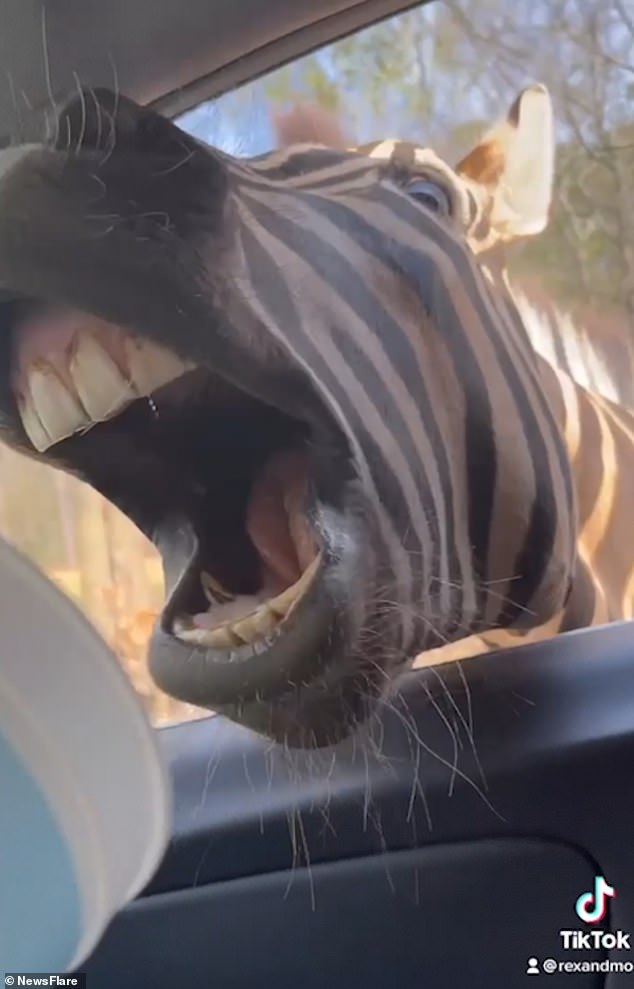 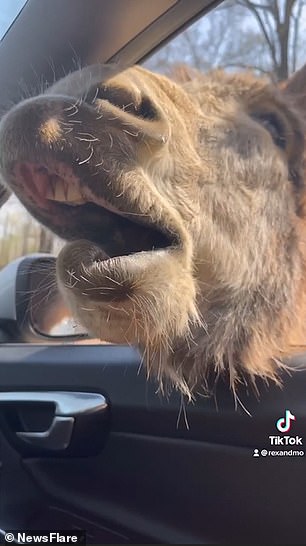 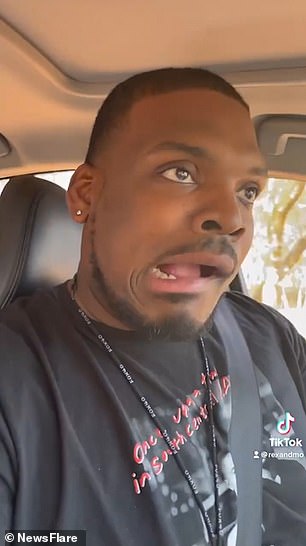 Who did it better? Rex hilariously imitates a donkey which came to the couple’s car looking for food

In the video, filmed on March 29, Morgan, 28, can be heard shouting in fear as the animals get close.

When a small group of zebra come up to the car, she exclaims: ‘Oh s**t’ and hurriedly throws food outside so they don’t come any closer.

A deer pops its head in through the window, promoting her to yell: ‘They look kind of crazy a little bit, look at his eyes!’

As an inquisitive zebra comes close, she urges Rex, who is a math teacher, to drive away from the ‘hungry as f**k animal’.

A donkey then walks up, at which point Morgan warns her husband: ‘They got long faces, they can get in the car.’

Megan, who also works at a school, is left speechless when the donkey’s lip begins quivering, and laughs when she looks over to see Rex imitating it.

She is equally reluctant when an ostrich comes near, saying ‘hell no’ and begging him to drive away. 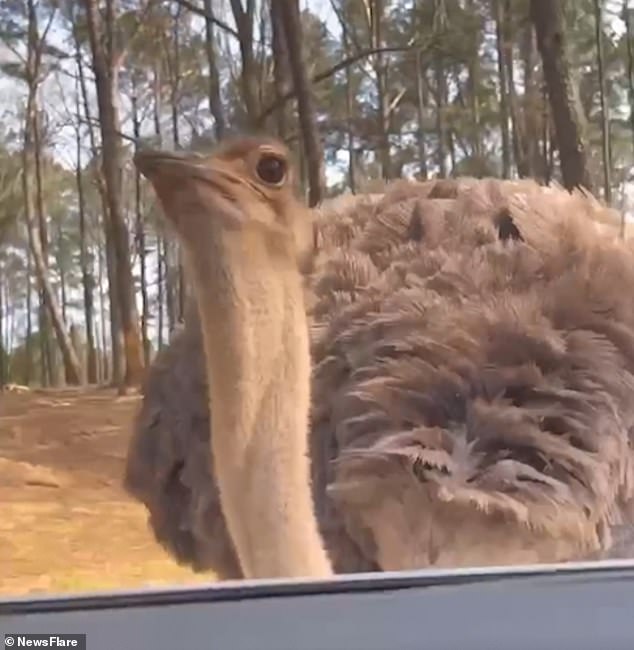 The chaotic clip ends with a zebra sneakily poking its head in to the car behind Morgan, giving her a close-up view of its teeth.

Morgan told MailOnline the trip didn’t turn out exactly as expected for the family from Indianapolis, Indiana.

‘We took a trip here for our children who love animals and we never expected for us to be scared,’ she said.

‘It was one of those things where it looked like it would be a great experience until we were face to face with a zebra.’ 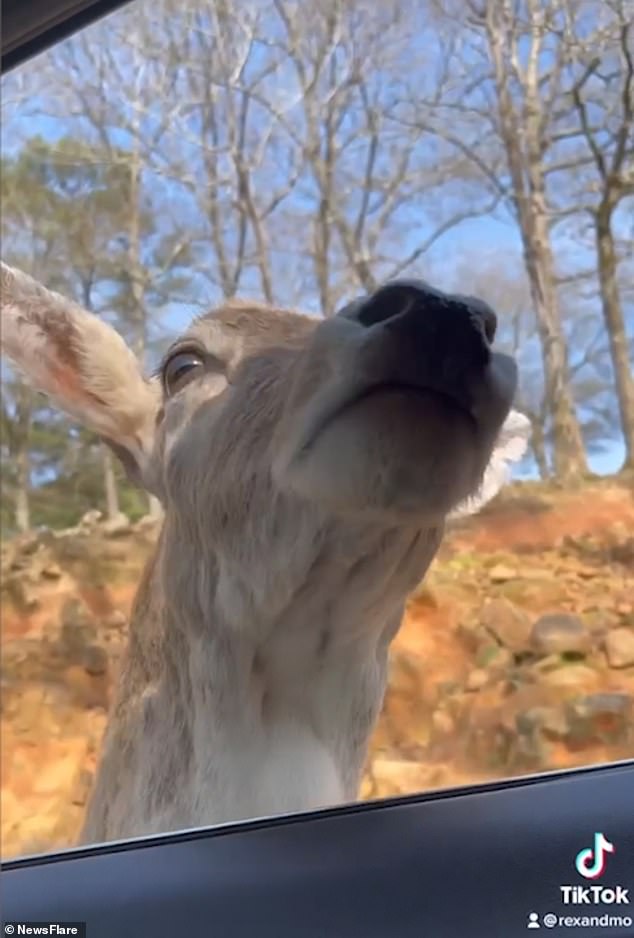 However, despite the heart-pounding events, she says it was a fun day out and their children ‘loved everything about it’.

On the Wild Animal Safari website it says the 3.5-mile trail is a good way of ‘meeting nature’s animal friends’.

‘Travel down our 3.5-mile trail and see many different animals along the way,’ it says.

‘Some of them may even get close to meet you and your family!

‘From the comfort of your vehicle, you and your group can experience the thrill of the safari.’