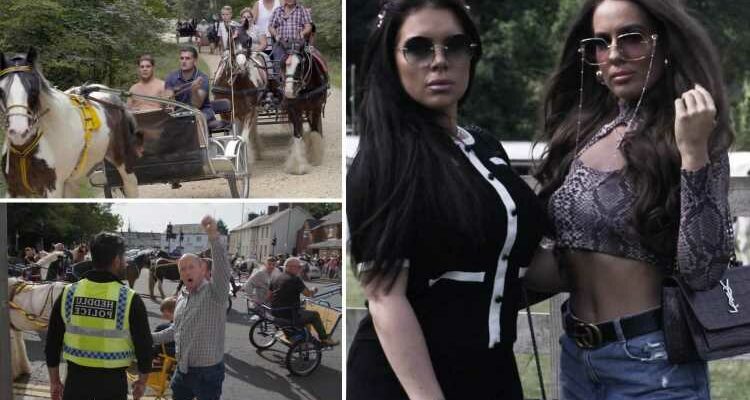 HUNDREDS of horses are lined up to set out on the biggest drive in England when one panics and bolts.

It's the thing organiser Danny Cooper fears the most — it only takes one animal to spook the others and trigger a dangerous stampede. 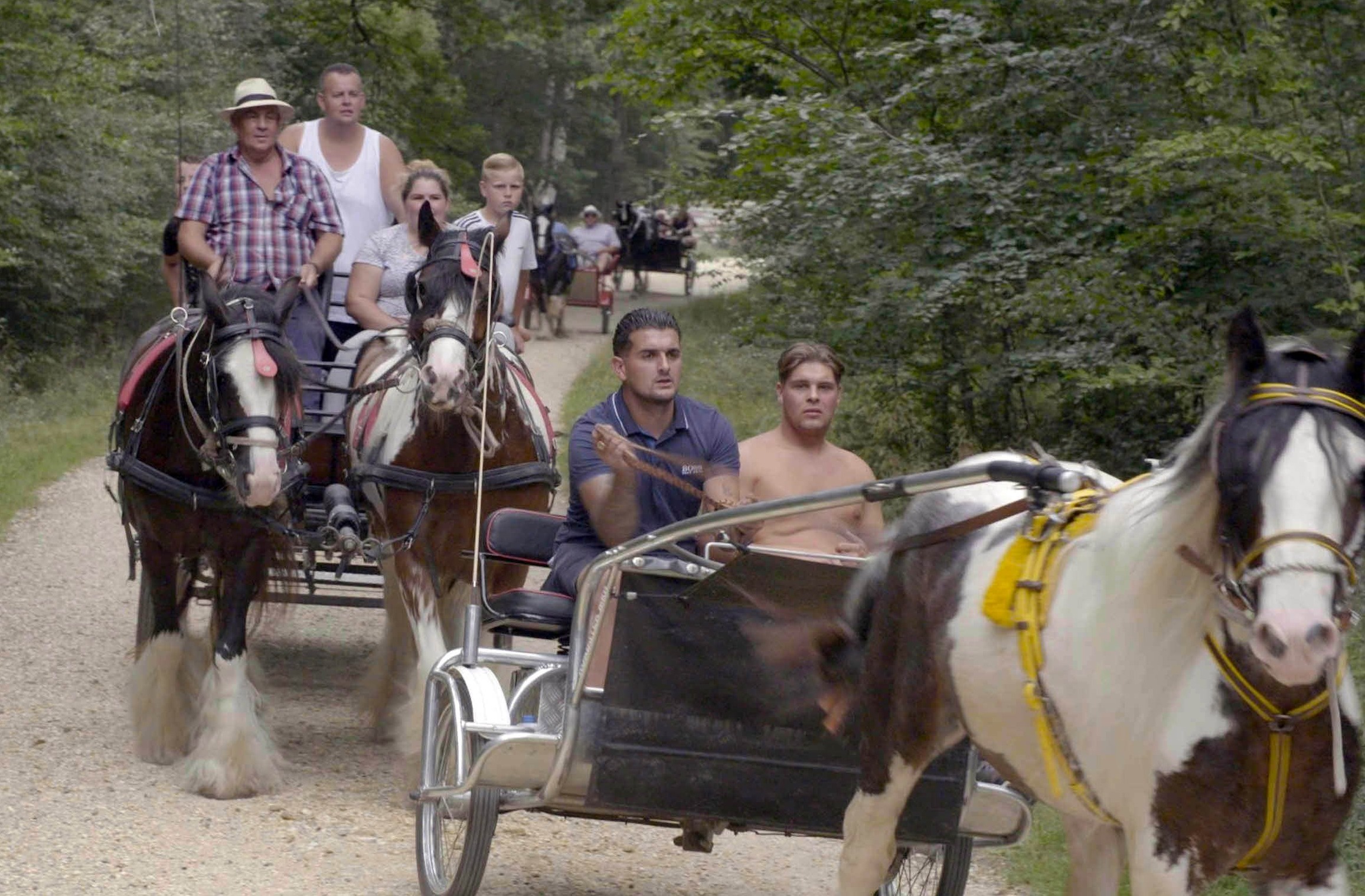 Danny's 250-strong horse drive was filmed as part of the Channel 5 series Here Come The Gypsies, which delves into the ancient traditions and culture of Britain's Gypsies and Travellers.

The 74-year-old Gypsy horseman from Hampshire has run the traditional family event for over 20 years — but as its popularity has grown, he fears he might soon have to stop.

"If anybody gets hurt, I will call it a day," Danny says in the programme.

His daughter, Tracy, fears the annual event has gotten out of hand too. 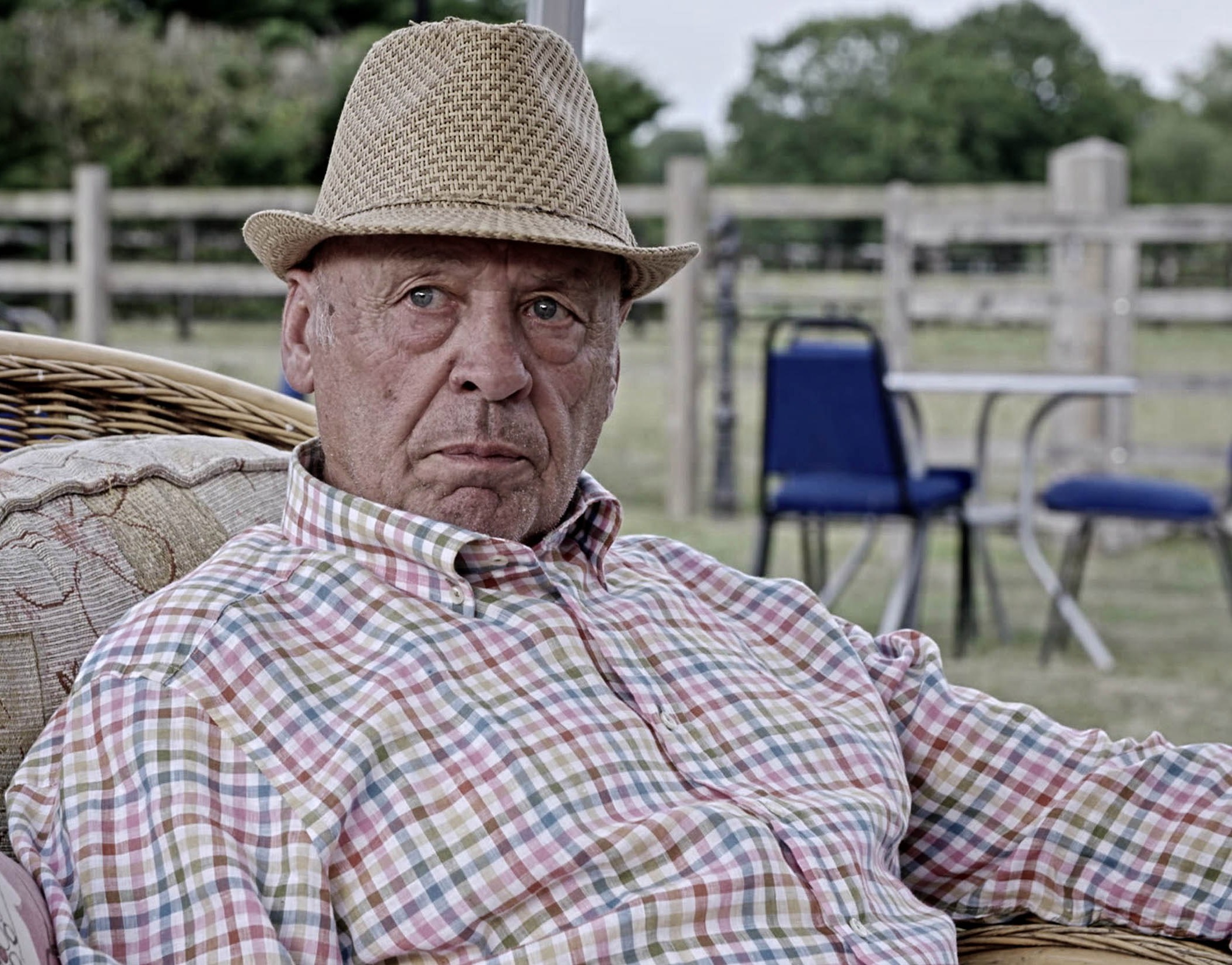 "Our main thing is getting everyone home safe," she says.

"Which with this amount of horses, if everyone gets home without a blip, it’s a miracle.”

When Danny started his horse drive, only a couple of dozen people turned up — now it has ten times that amount.

The idea is for friends and family within the Gypsy community to drive their horses together and enjoy the outdoors.

"A lot of these fairs are dying out," Danny says. 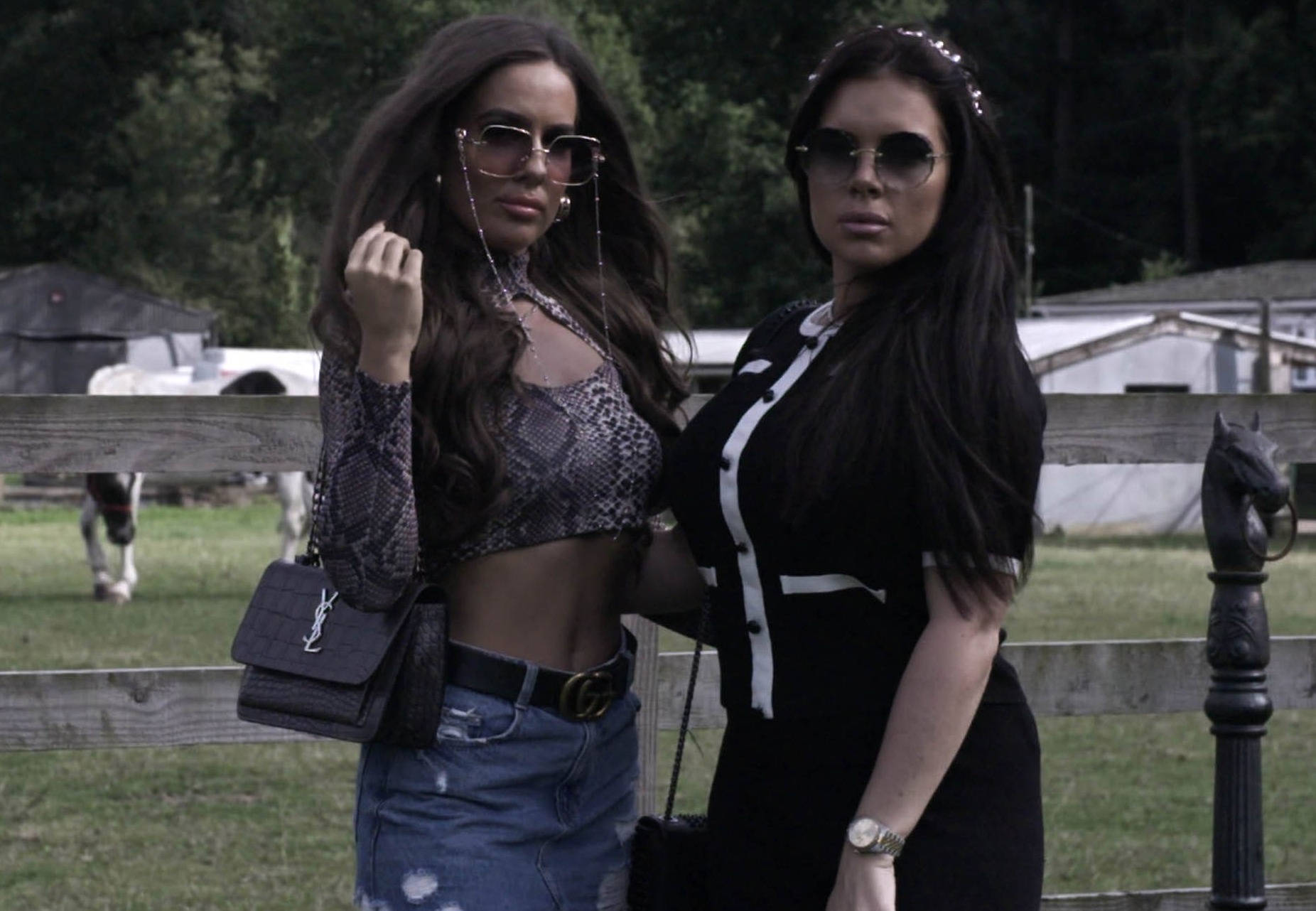 "My dad would want me to keep it going because he was a horseman — as are all our family."

But his fears around keeping everyone at the drive safe have grown over the years, with deadly accidents becoming more likely as more people attend.

"Anything can happen," Danny says. "One horse is a very powerful animal.”

When a horse does begin to panic as the drive is leaving Danny's farm, there's a few moments of alarm before the animal is brought back under control.

As well as the drive itself, events like Danny's are an opportunity to buy and sell horses.

Jim ‘Beb’ Price, a horse seller based in Cardiff, relies on them to feed and clothe his children. 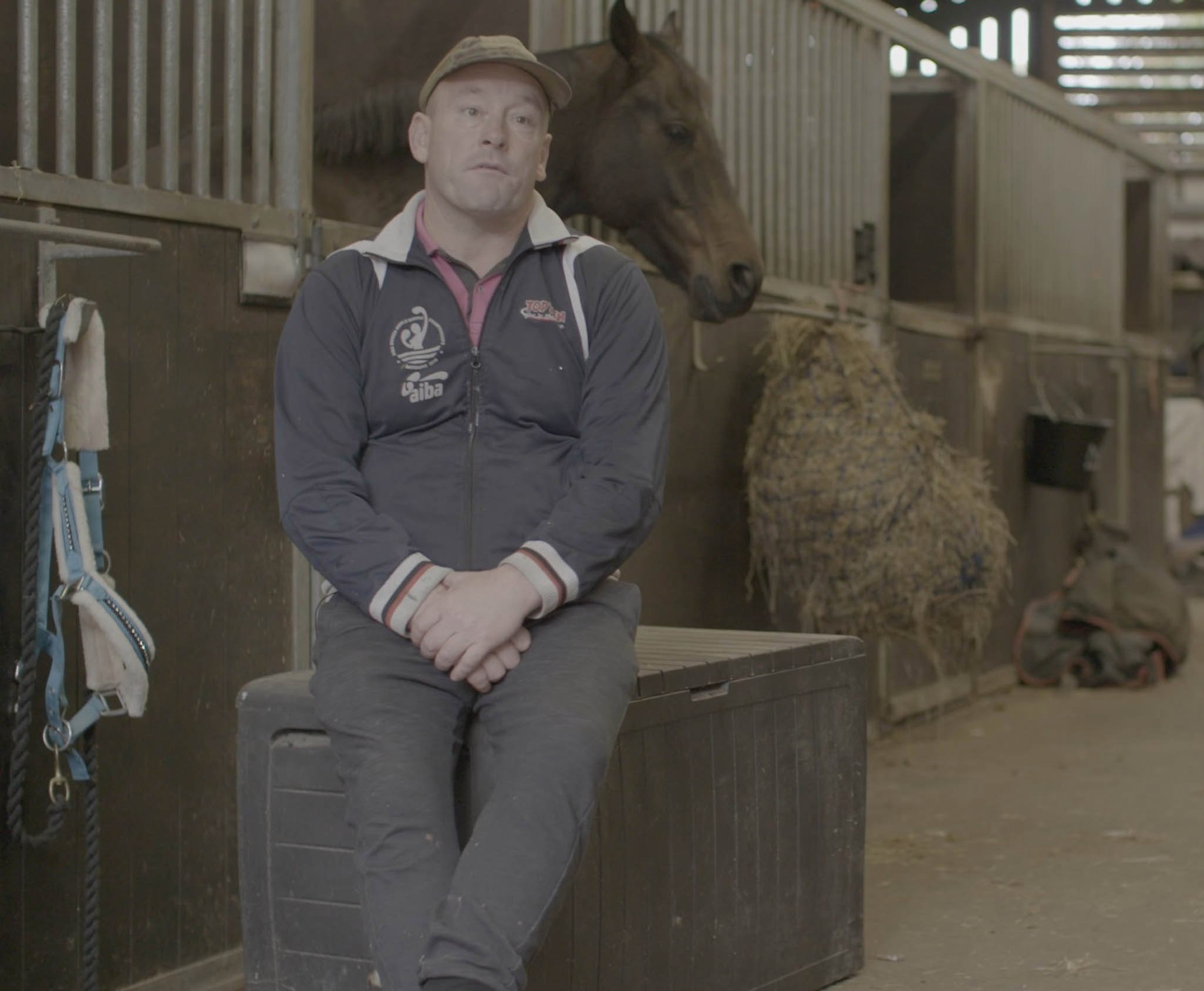 "You’re counting on this drive to try and do a bit of business, trying to earn some sort of money from these drives," he says.

"Then the police come and that’s it, it’s over, finished.”

Beb sticks with his traditional line of work nevertheless because it's part of his heritage.

But the job of horse selling is itself changing with the times. 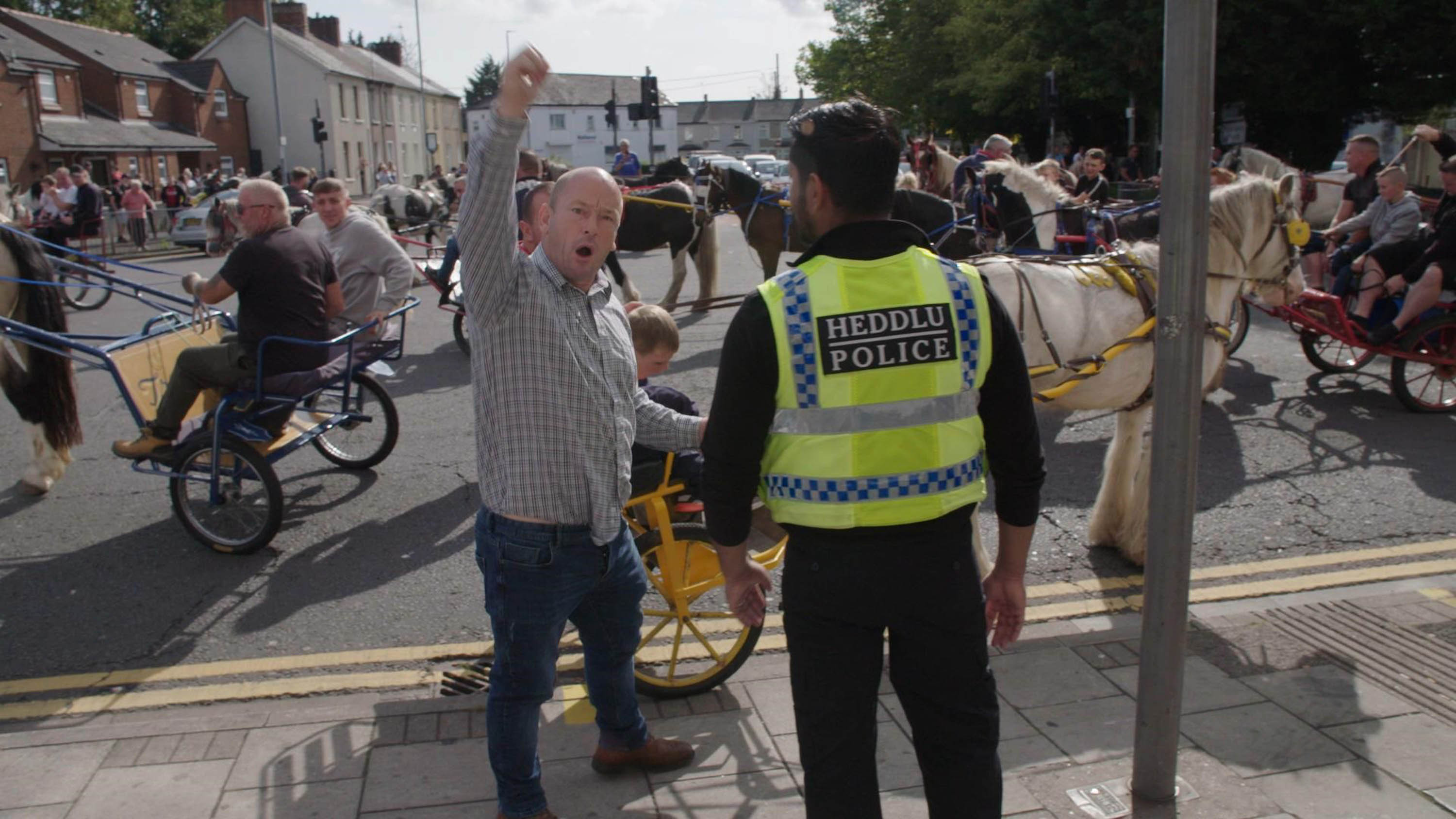 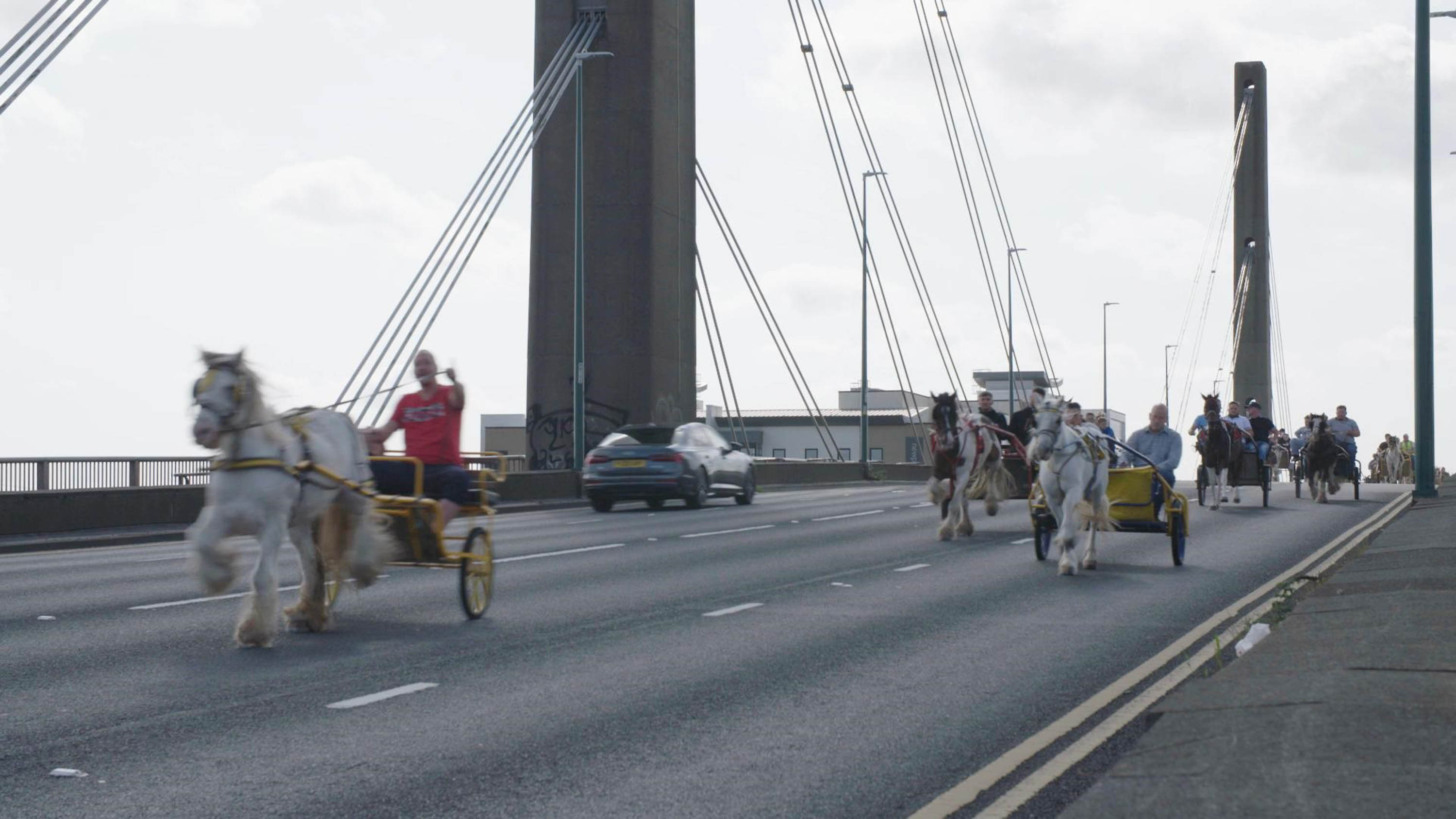 "I’ve had horses all my life, but driving is a man’s game really, not a woman’s game," Sophie Marshall, a horse seller, explains.

"Men normally go on with the horses and women tend to stay at home with the children, cooking and cleaning.

"But more and more as time goes on, the women are getting involved in it. 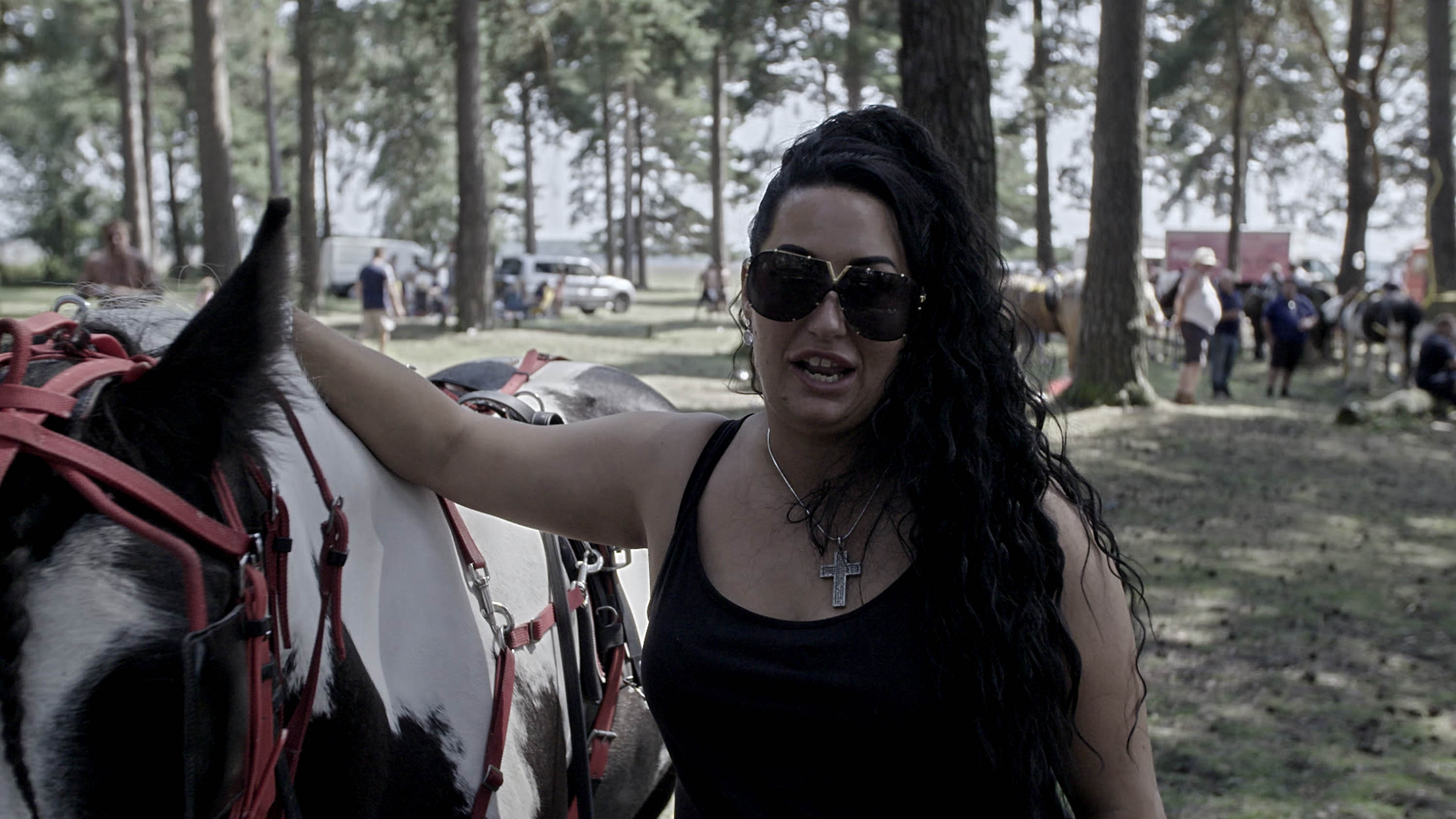 Horse dentist Lee Hughes is also keen to make sure his 10-year-old daughter, Mia, is raised in accordance with a traditional Gypsy way of life.

Part of that, in his view, means Mia's hair growing incredibly long — to 44inches.

"If she had that cut, it’d be like cutting my arm off," Lee explains. 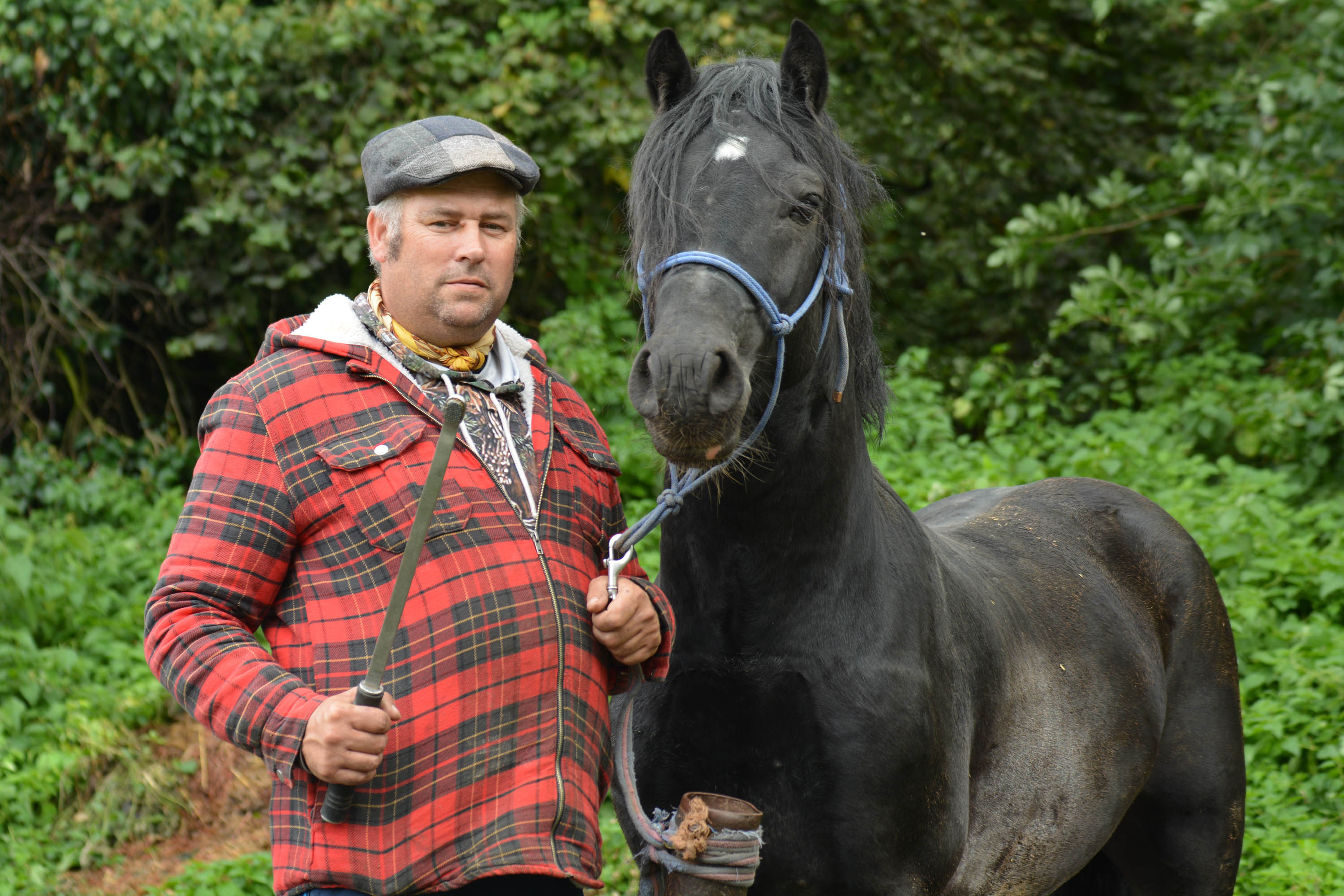 He's also eager to teach Mia how to catch and kill her own food so that she too can live off the land.

Lee, who begrudgingly lives in his in-laws' house in Dorset, shows Mia how to set traps for rabbits and smoke them out of warrens with the help of his hunting ferret, Sally.

"It’s important to teach these children how to live off the land," Lee says.

"You’d get some kids out here and they’d laugh at you wouldn’t they?

"They wouldn’t have a clue would they, they’d sit here and cry.” 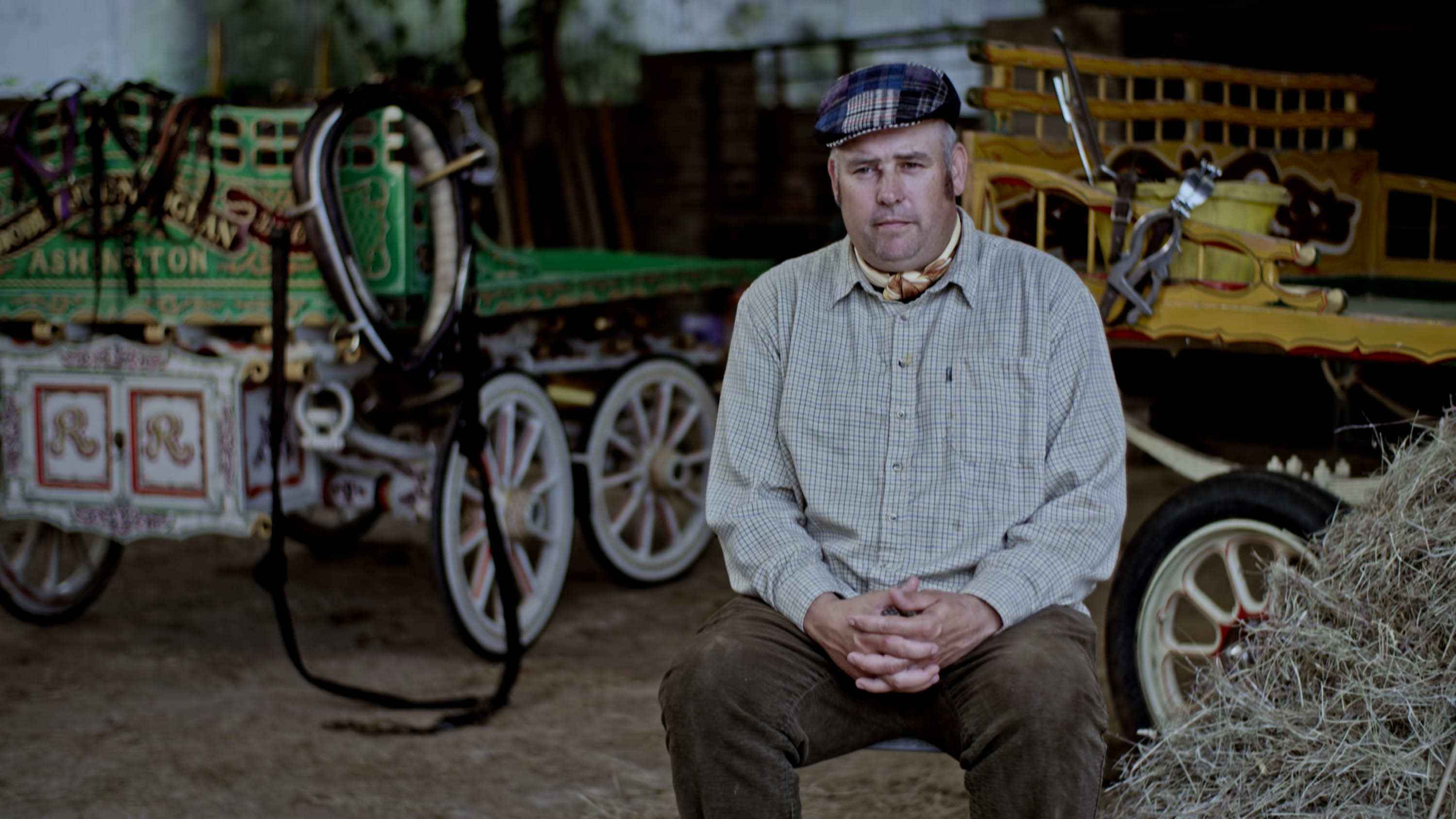 Mia, on the other hand, doesn't flinch when Lee kills trapped bunnies — or when he invites her to pull guts out of their dead bodies.

"It was my first time and I enjoyed it a lot,” Mia says of her hunting trip.

"This is what we do," Lee adds. "Some people might call it cruel but we’re not wasting the meat.

"We’re doing it for survival. This stocks our freezers up and all that.”

Survival is also what young Tyson Price has on his mind when he steps into the ring with a professional heavyweight boxer.

Tyson, 21, is a Romani Gypsy roofer trying to become a professional fighter himself under the tutelage of Tony “The Rhino” Giles. 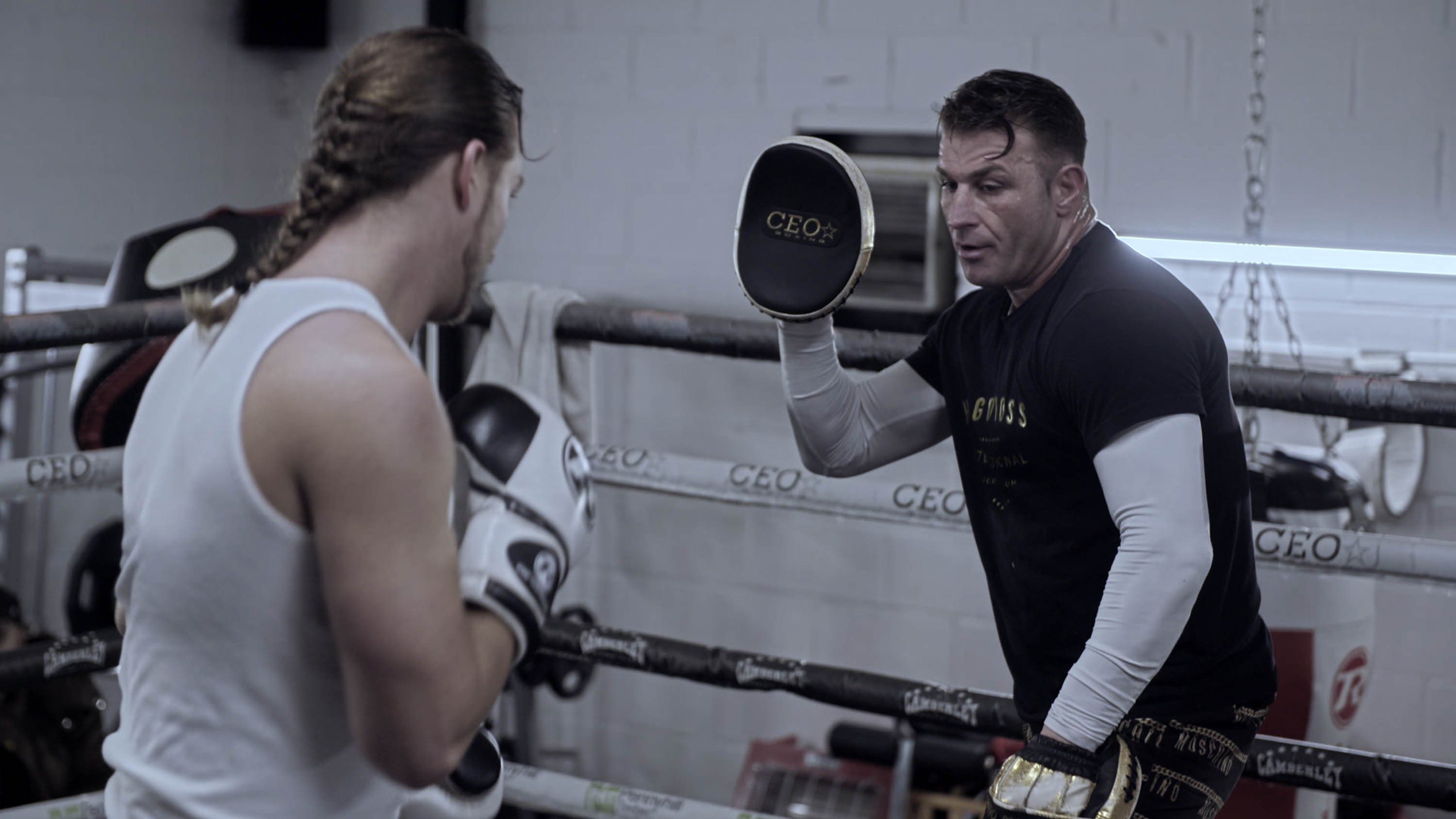 "I’ve done quite well, fought all round the world, at car parks or in the cage.

Some Gypsy boys are taught to fight from a young age to prepare for settling tribal disputes in bare-knuckle showdowns. 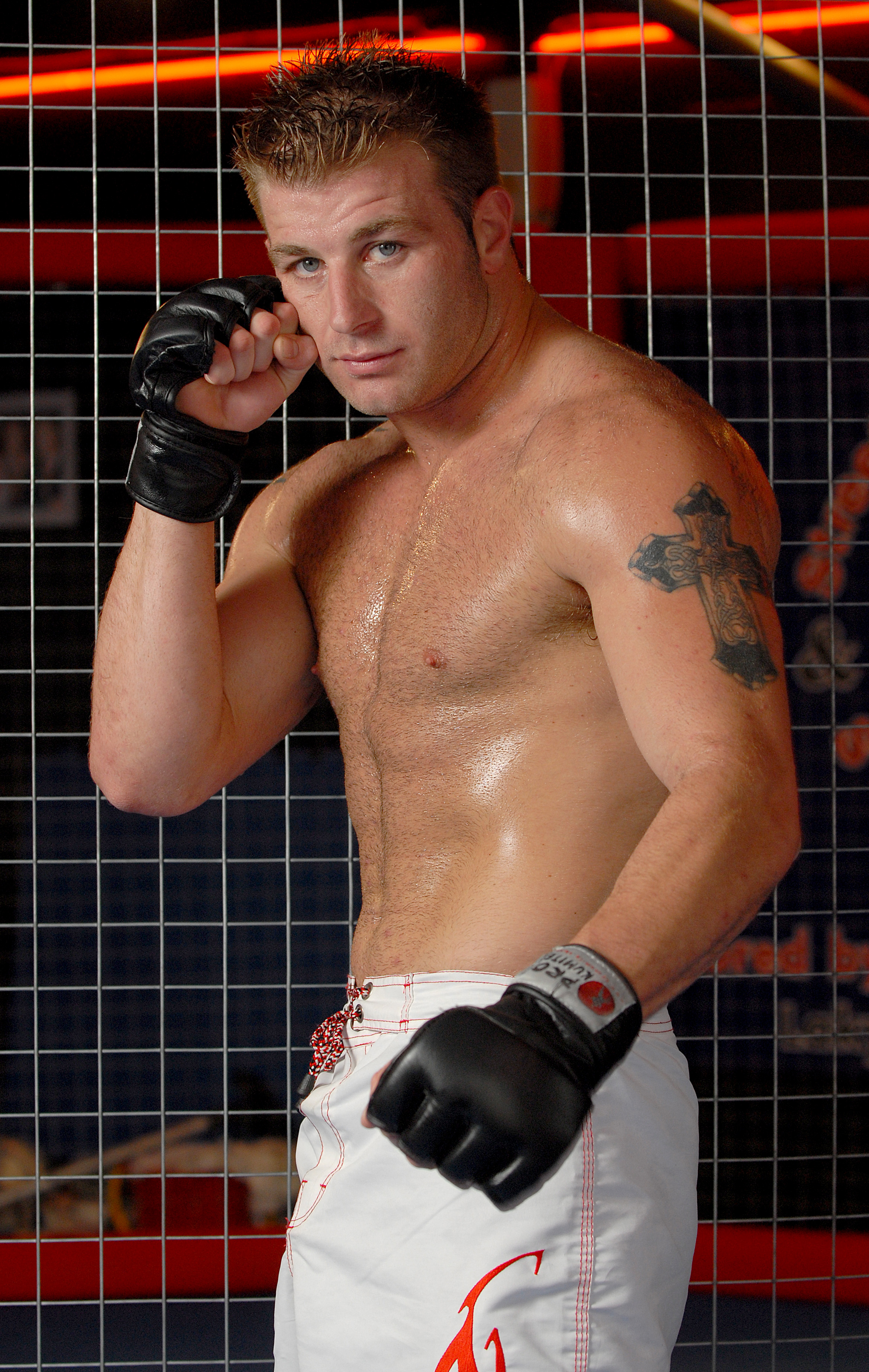 Gypsy boxers used to fight in marathon six-hour bouts and would dip their hands in petrol to toughen their skin.

But nowadays, aspiring pros like Tyson are now focused on more modern training methods — which is why he's sparring with heavyweight champion Nick "Wild" Webb.

“Tyson’s doing this for pride, honour, and respect," Tony says.

"He’s a Gypsy man and I’m confident that he’ll go out there and do the job.” 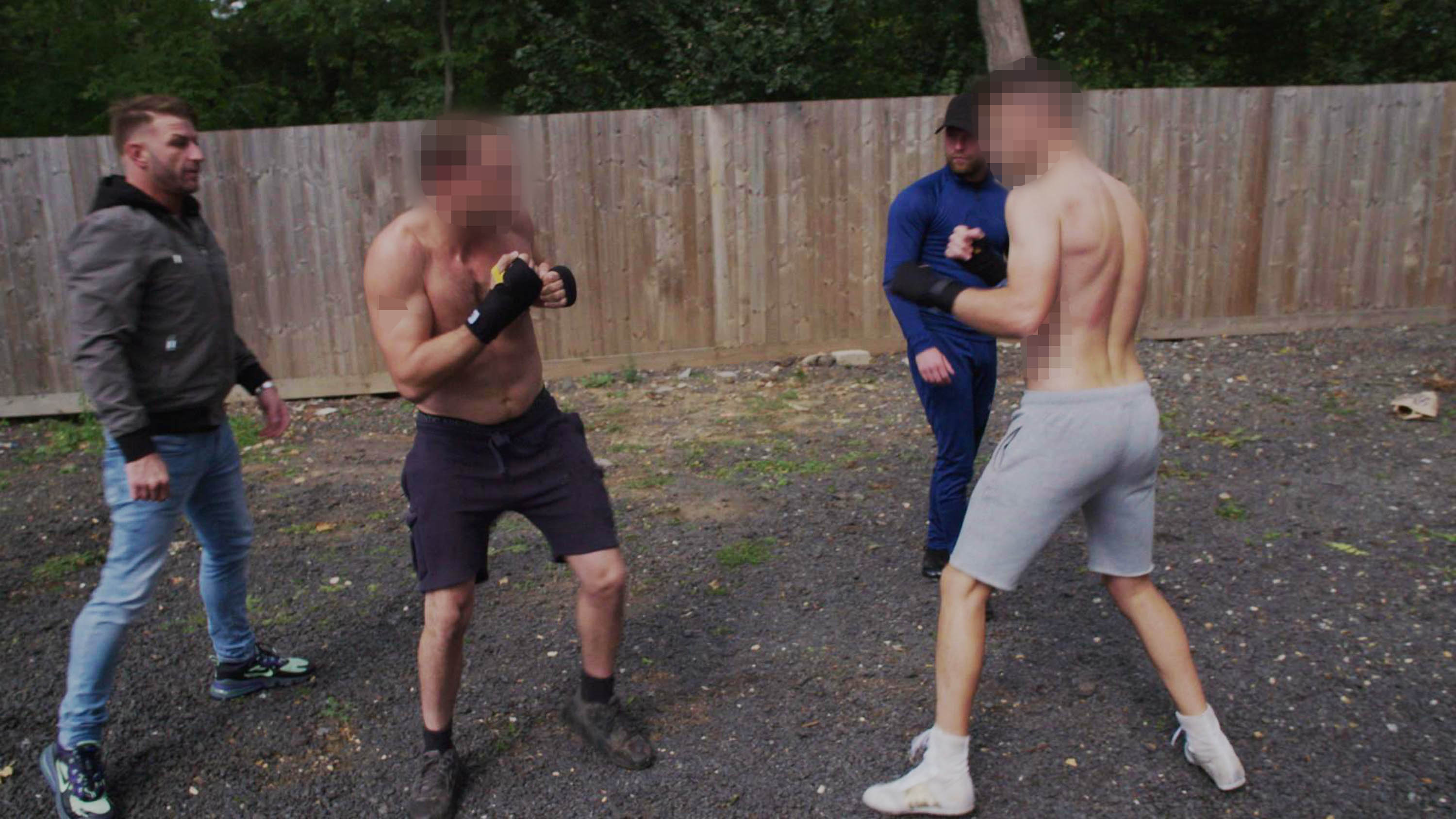 Thankfully he makes it through the sparring unscathed.

And at Danny Cooper's horse drive, he too can relax once he knows the event has been completed for another year without any injuries.

“To get them all back here safe and sound, I think I’ve done a good job."

Here Come the Gypsies airs on Channel 5 tonight at 9pm