A FASCINATING 99 million-year-old fossil captured a "hell ant," with a Grim Reaper scythe-like mandible and deadly horns, in a moment of prey.

The fossil was preserved in amber and discovered in Myanmar. 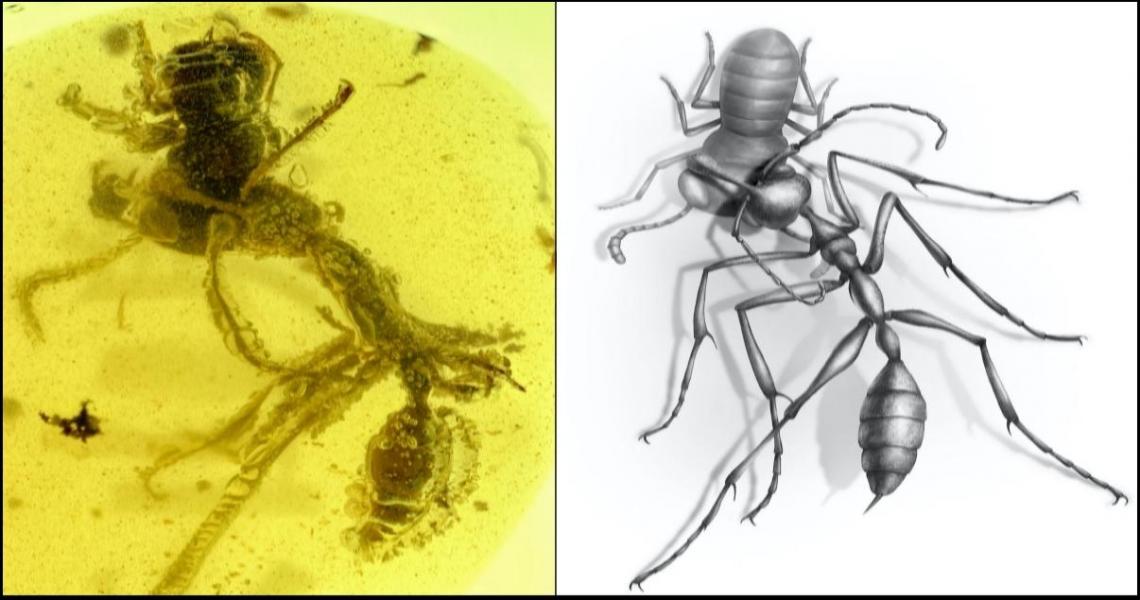 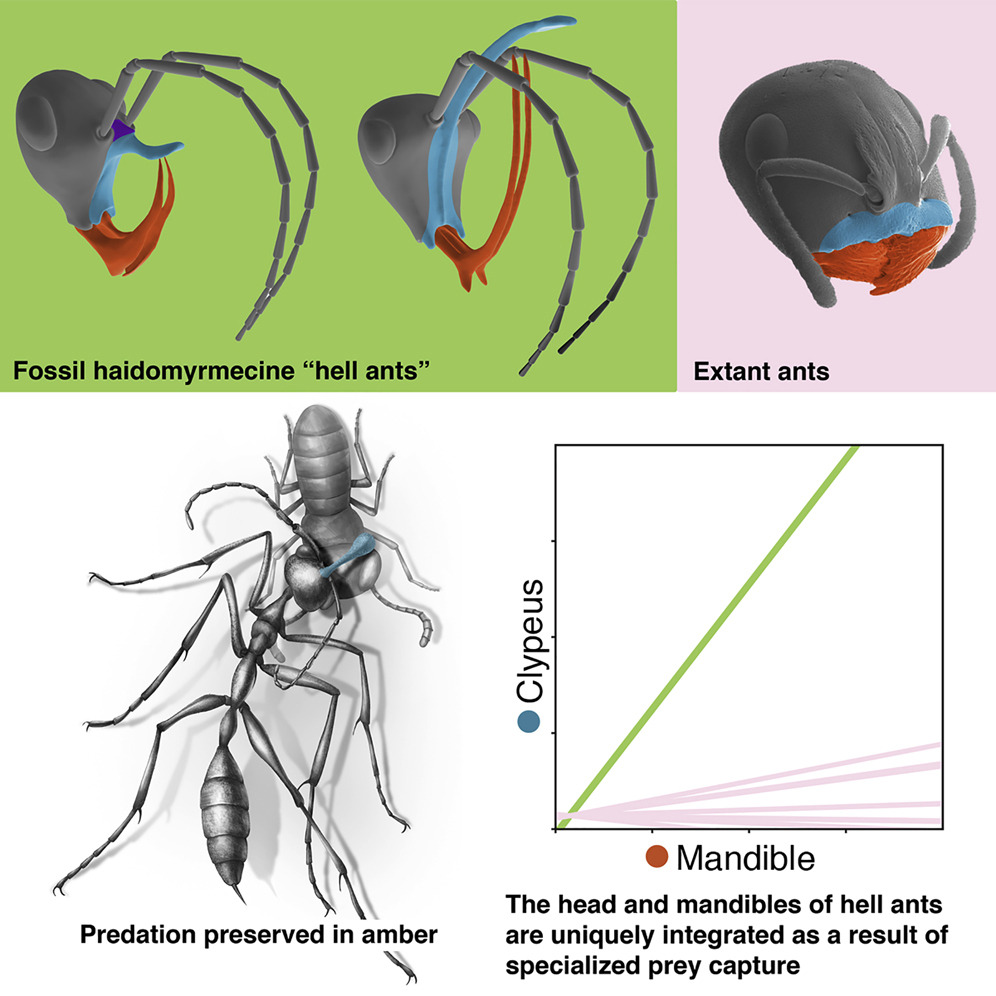 Researchers from New Jersey Institute of Technology (NJIT), Chinese Academy of Sciences and University of Rennes in France published their findings this week in the journal Current Biology.

The "hell ant" (aka haidomyrmecine) was captured in amber embracing its final victim – a now-extinct relative of the modern-day cockroach.

The findings are so fascinating to researchers because the fossil offers a glimpse at a newly identified prehistoric ant species and also displays how these hell ants used their killer features – snapping their scythe-like mandibles and using them to pin prey against the horn-like appendages atop their heads.

Researchers say the fossil offers a possible evolutionary explanation, according to NJIT, as it highlights key differences between prehistoric ants and their modern counterparts.

The hell ants are thought to have died off around the Cretaceous–Paleogene extinction event 65million years ago, according to researchers.

Phillip Barden, assistant professor at NJIT's Department of Biological Sciences, said that the information gleaned from this fossil is "invaluable."

"Since the first hell ant was unearthed about a hundred years ago, it's been a mystery as to why these extinct animals are so distinct from the ants we have today," Barden said.

"This fossil reveals the mechanism behind what we might call an 'evolutionary experiment,' and although we see numerous such experiments in the fossil record, we often don't have a clear picture of the evolutionary pathway that led to them."