You no longer need to try to mash potato chips on top of your burger. Kraft Heinz (KHC) is out with Heinz Dip & Crunch.

The company announced the two-in-one dipping package on Tuesday. It's got a new Heinz sauce on one side and "salty potato crunchers" on the other side. The product was tested earlier this year at select Jack in the Box restaurants on the West Coast and now will be available at locations nationwide. In addition, the product is set to roll out at major retailers, including Walmart (WMT) and Target (TGT), as well as at regional grocers Giant and Meijer, with a suggested retail price of $2.49.

According to a company press release, the burger dipping sauce is made with tomato puree, molasses, sun-dried tomatoes, garlic powder, tamarind concentrate, onion powder and spices. The debut also includes a spicy version that "adds a dimension of heat" to the secret sauce. 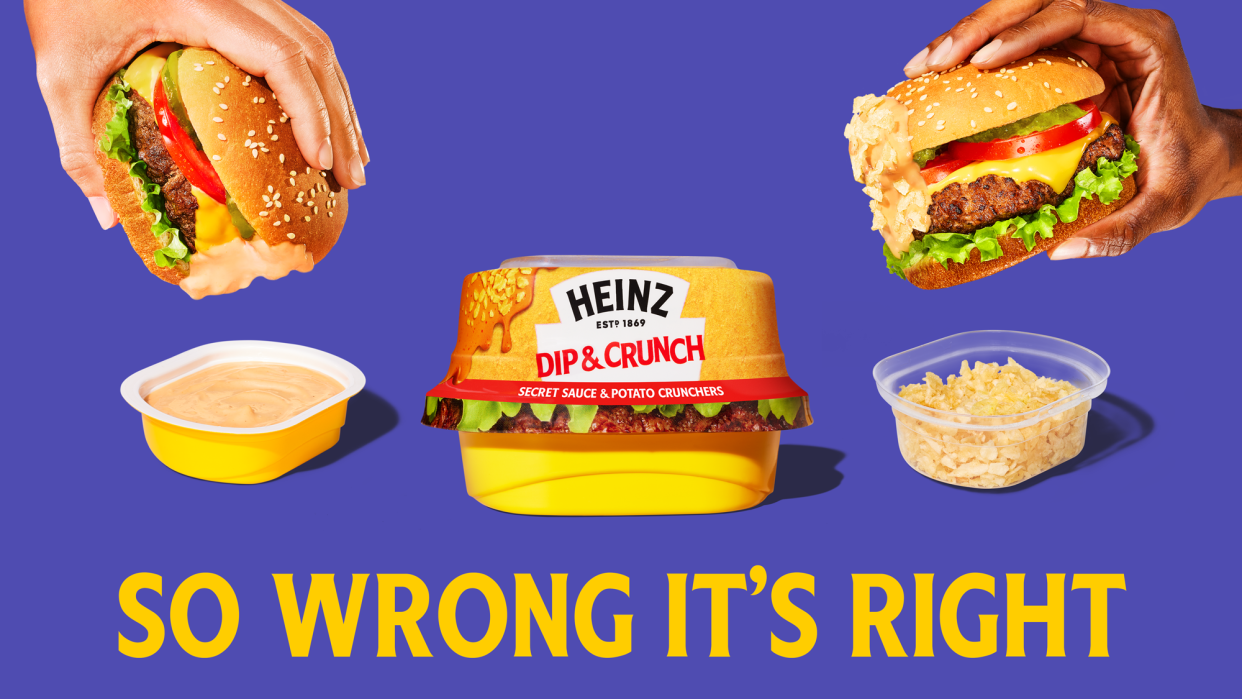 This latest addition to the Kraft-Heinz lineup is part of its AGILE + SCALE transformation announced in 2020. The strategy aims to create a consumer-driven culture that launches insight-based innovation with "products, flavors, and formulations they want most."

Since its launch, sales within the Taste Elevation platform, which includes condiment brands and now Dip & Crunch, increased by 15%, according to the company. Other recent innovations include Ketchili and Buffaranch.

However, Dip & Crunch is the first innovation that used consumer data from its recently announced partnership with Google (GOOG, GOOGL), dubbed Kraft-O-Matic.

"We’re excited to offer a solution for consumers looking for accessible dipping sauces and unique textures to help further embrace the fun of cooking and eating at home," she said.

Shares of Kraft-Heinz are up 6.5% year over year.

Brooke DiPalma is a producer and reporter for Yahoo Finance. Follow her on Twitter at @BrookeDiPalma or email her at [email protected]