Good health! How booze-free beer is booming: Heineken posts best sales growth in a decade thanks to its zero per cent lager as millennials shun alcohol

It’s just two weeks since the end of dry January.

But figures reveal there are millions of us who are happy to cut out the alcohol all year round – thanks to a string of low and no-booze beers and wines.

Back in the 1980s and 90s alcohol-free drinks such as Kaliber were derided for their high price and awful taste.

But the industry now has its act together – not least because so many millennials are shunning alcohol. 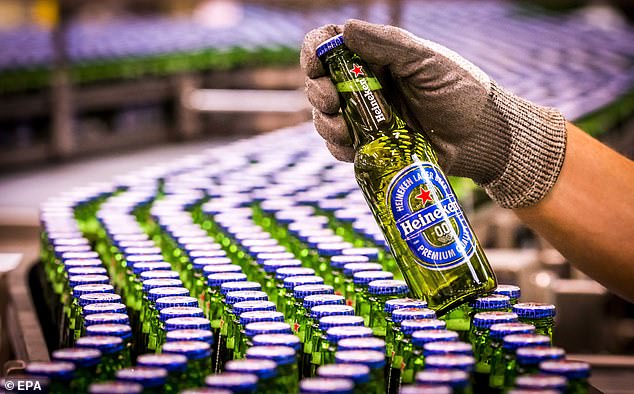 Heineken beer bottles of the alcohol free beer brand Heineken 0.0 on the conveyor belt during the production in Den Bosch, The Netherlands

The demand for the beers has in fact helped Heineken post its best sales growth in more than a decade.

The Dutch brewer revealed a 7.7 per cent rise in revenues from its Heineken beer brand as it rolled out its non-alcoholic Heineken 0.0 brand to 38 countries around the world. It saw overall sales rise 5.9 per cent to £23.5billion in 2018.

Rival Carlsberg said it has also seen a ‘significant’ increase in demand for non-alcoholic lager and confirmed it was putting ‘a lot of money’ into further investment.

It recorded a 33 per cent jump in sales of alcohol-free beer across Western Europe in 2018, compared with a year earlier.

As well as helping to avoid a thumping headache the next day, alcohol-free beer tends to have fewer calories, making the risk of a beer belly less likely.

A pint of alcohol-free beer will typically come in at around 150 calories, versus 190 for standard lager and as much as 240 for a strong ale. 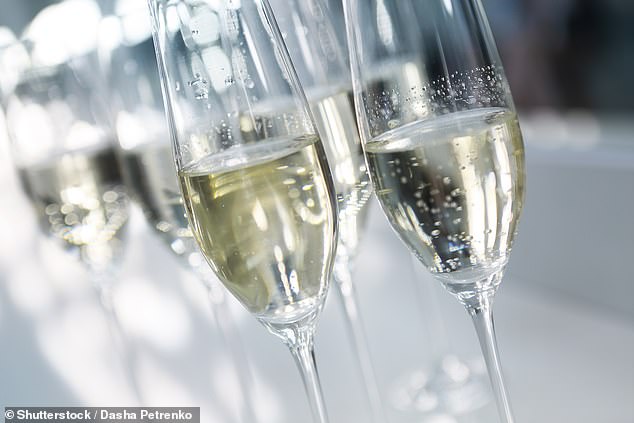 Low alcohol and alcohol-free wines are also on the up, as well as ‘Nosecco’, an alternative to the Italian sparkling wine

Alcohol-free drinks are also a good alternative for pregnant women who want to enjoy a drink without the associated risks. Andy Wood, chief executive of Adnams, which makes an alcohol-free version of its Ghost Ship pale ale, said younger customers are leading the way in shunning booze. ‘I don’t see millennials changing this habit very soon. They are choosing not to drink but still go out to socialise.’

Low alcohol and alcohol-free wines are also on the up, as well as ‘Nosecco’, an alternative to the Italian sparkling wine.