Upward-facing hedgehog! Tiny spiny creature STRETCHES from its tongue to its toes in adorable ‘yoga’ pose

This is the adorable moment a tiny hedgehog lies on its belly and stretches out its little legs to make a ‘yoga’ pose.

In the short clip, thought to have been recorded in Japan, the animal lies down to prepare for the stretch before it looks up at the camera and shakes a little.

The hedgehog then puts its arms and legs to the side and sticks its tongue out, clearly enjoying the move. 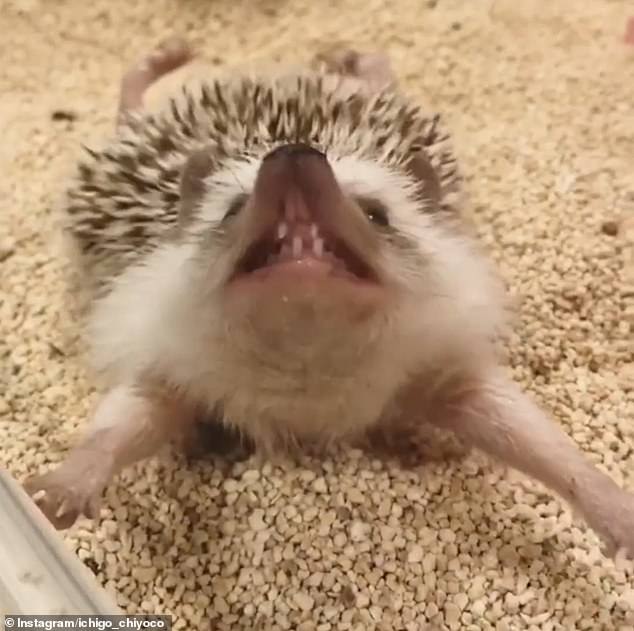 After taking a second to recover the hedgehog starts sniffing towards the camera and looking around its cage.

Hedgehogs usually curl up into a ball to protect themselves from danger or when they’re spooked, however this animal seems more than happy to stretch out.

Thousands of people have commented on the short clip online and some have even compared the cute hedgehog to a yoga instructor.

Others said the animal is ‘adorable’ and that they’ve never seen on stretching before.

One person wrote: ‘Today I start my new life as a person who knows how a hedgehog stretches.’ 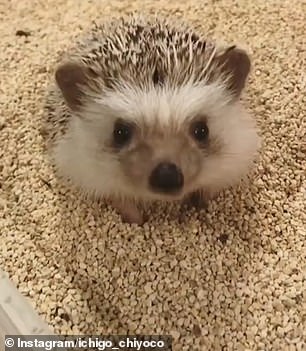 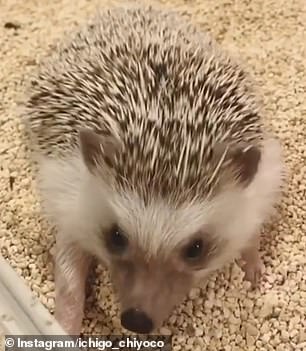 After stretching the adorable animal looks at the camera, left, and starts to sniff it, right

While another said: ‘When it’s tongue sticks out, ya know that was a good stretch.’

There are 17 species of hedgehogs around the world and can weigh up to 1.2kg.

Although they have poor eyesight, the animal’s have good hearing and a well-developed sense of smell, reports RSPB.

In Japan hedgehogs have been sold as pets for some time and in 2016 a Hedgehog cafe opened where customers can play with the animals, reports the Guardian.