A family has been reunited with their cat after it disappeared during a deadly wildfire last month that leveled their home in Northern California.

Courtney Werblow and her family returned to her parents’ burned home in Paradise over the weekend and found their beloved cat, Timber, standing near the ruins.

Werblow recorded a video of the emotional moment when she spots the beige cat with a brown face looking at her from a distance. 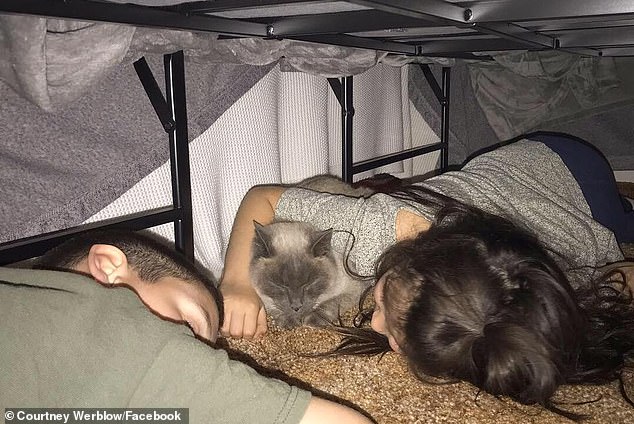 Courtney Werblow posted a picture of the touching moment her children Lowell, 10, and Ellie, 6, (above) were reunited with their beloved cat Timber

She starts to cry as she calls Timber for a bowl of cat food. Courtney, husband Mark and children Lowell and Ellie also lived in the home.

After some hesitation, Timber walks over to Werblow who declares in tears: ‘You made it! You made it’.

Werblow told news station ABC10 it was a much-needed moment of hope for her family and parents who lost everything in the Camp Fire.

In a Facebook post, Courtney wrote: ‘ Our sweet cat Timber was FOUND yesterday, December 8th, exactly one month after the fire. The kids are so happy she survived. She’s been through so much, on her own, this past month. I am so thankful we found her!’. 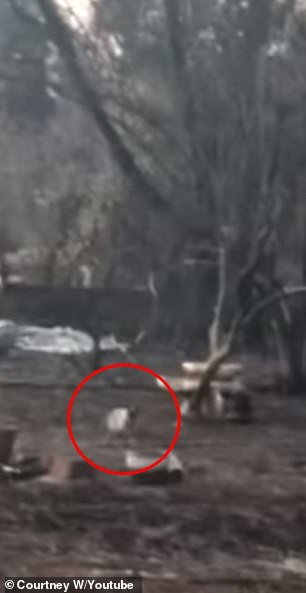 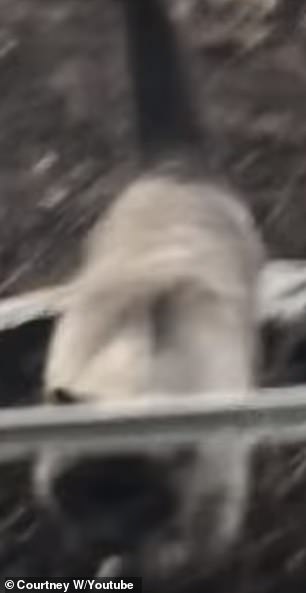 In the video, Timber can be seen in the far distance before running when called by Courtney 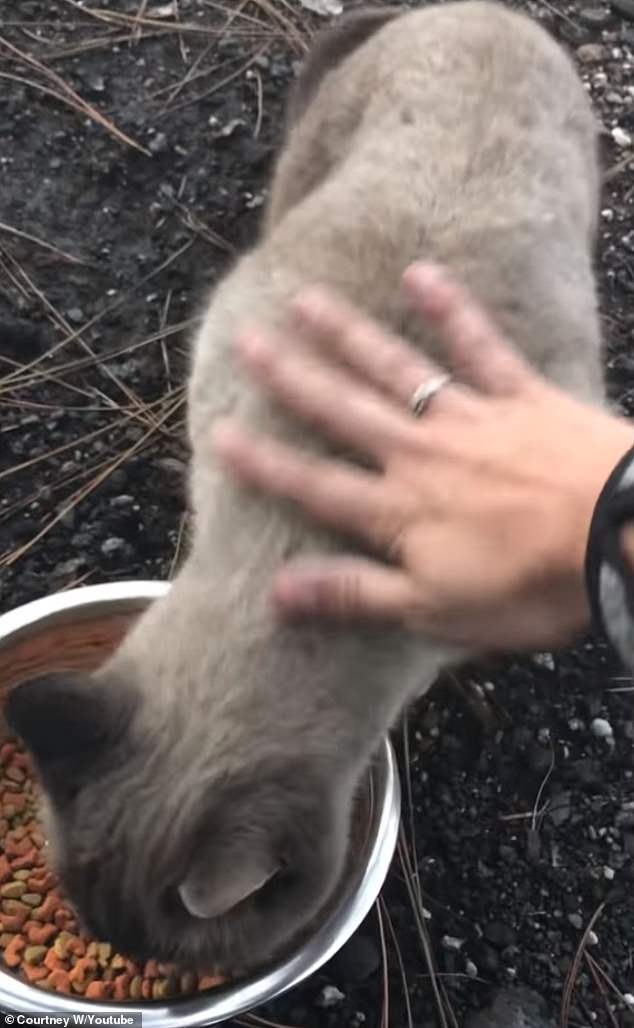 Courtney is overcome with emotion as Timber comes to her and proclaims: ‘You made it!’

The heartwarming story comes as a woman who was forced to leave her dog behind due to the fire returned home to find the beloved pet waiting in the ashes where her house used to stand.

The caption explained that Madison’s ‘parents’ were unable to get home to him after the Camp Fire broke out and rapidly expanded across thousands of acres. 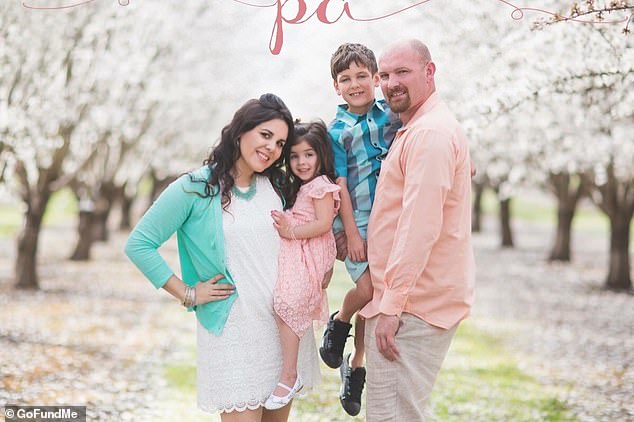 Courtney, Mark and two children have been homeless since losing their home in the wildfire 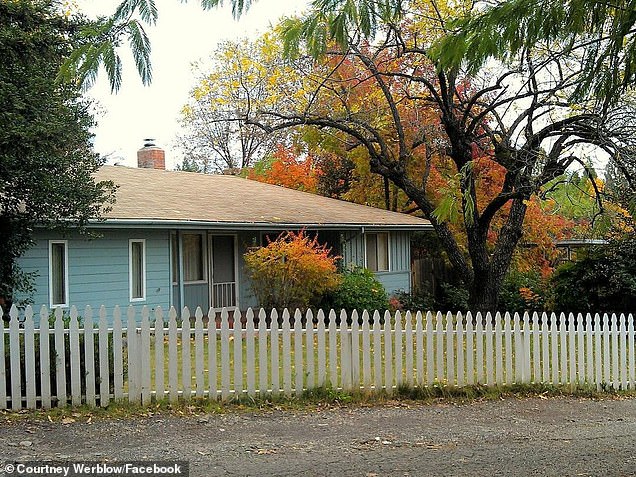 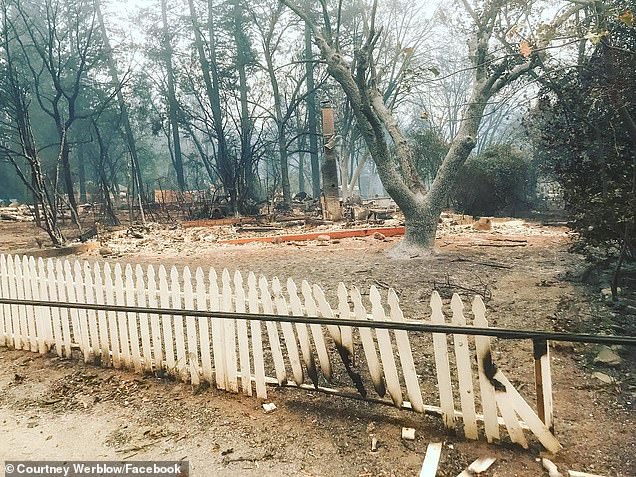 More than 50,000 people in the town of Paradise and two neighboring communities were forced to flee as the Camp Fire torched 240 square miles after igniting on November 8.

This week hundreds of residents were finally allowed to return and survey what’s left of their homes after the deadliest and most destructive wildfire in state history.

At least 85 people were killed and 11 are still missing one month on.